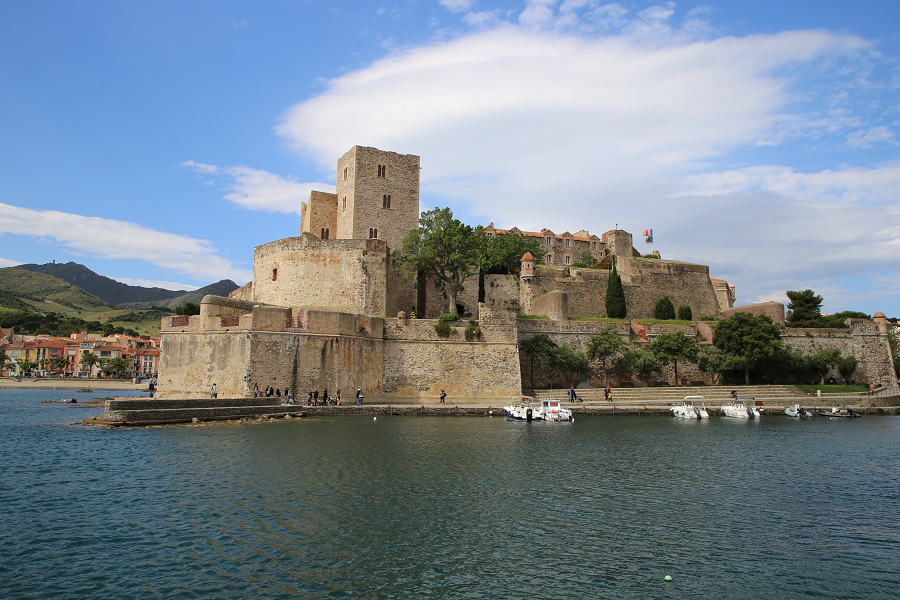 The Royal Castle of Collioure or Château Royal de Collioure is a castle in the village of Collioure, in the region of El Rosselló (Northern Catalonia). It had been initially built in the Middle Ages, probably on defensive constructions of Roman times, but it was very remodeled by Vauban to adapt it to the military defensive needs of the 17th century.

It is located south of Vila Vella and to the northwest of the Raval, approximately at the center of the port of Collioure, to the right of the Duí stream.

The first documentation of the castle is from 673, which shows the strategic location of this territory, born as the port of the city of Elna. 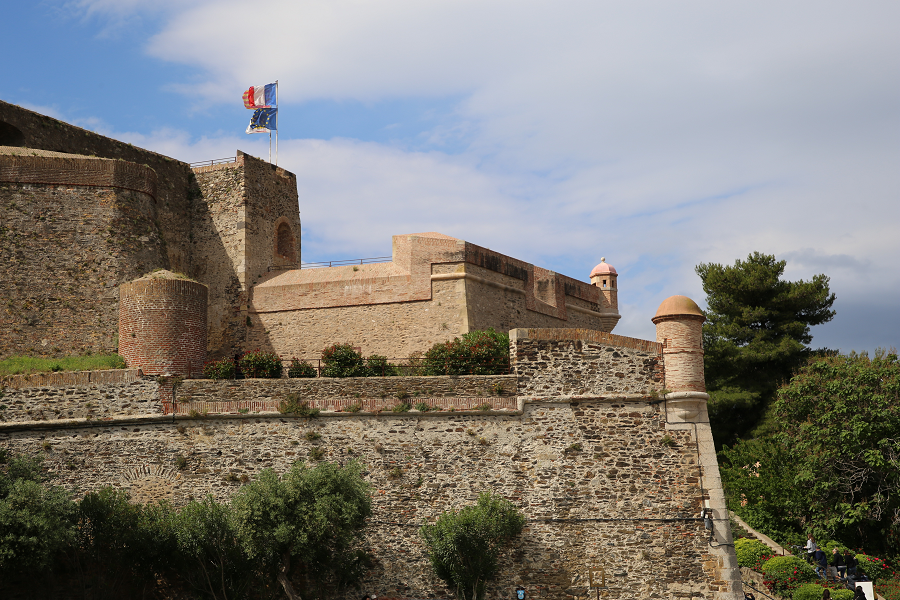 The castle and the village of Collioure belonged to the counts of Rosselló from 1172 to 1276, before passing under the control of the kings of Aragon. Later, the Castle became a royal residence of the kings of Majorca until 1343, as Collioure was the first port of Roussillon. This royal residence was occupied, although discontinuously, by the sovereigns and their courts, who often moved among their properties.

Between 1242 and 1280 the castle was completely rebuilt, absorbing the Castle of Orla, which had been given to the Templars who established their command there.

After the occupation by the troops of Louis XI, Collioure passed from the domination of kingdom of Carlos V to the Habsburgs of Spain. 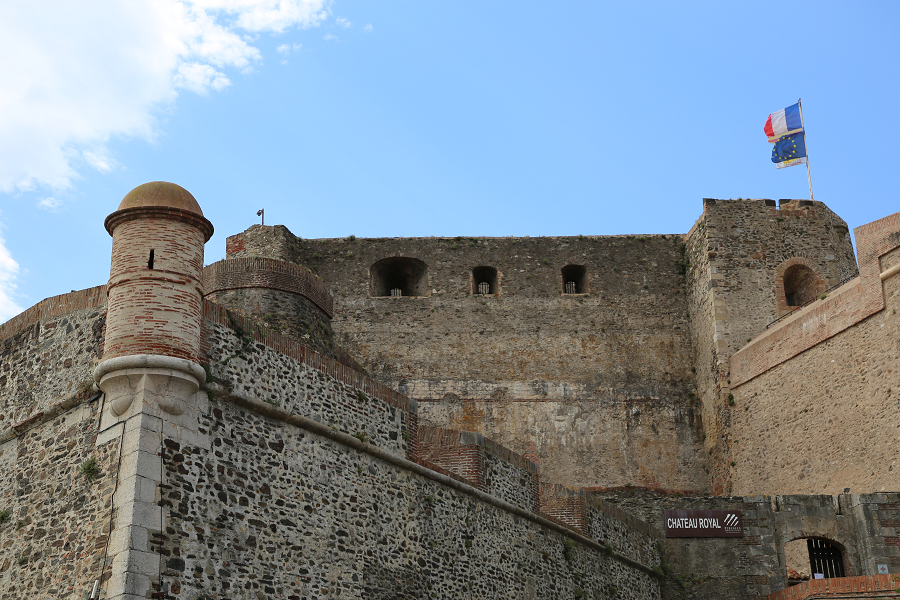 It was advisable to urgently adapt the fortress to the advancements of artillery, therefore the defenses of the castle and its surroundings were reinforced considerably. Because of this, the castle is an amalgam of constructive styles and stages. The medieval part of the castle dates from the gothic period of the 13th and 14th centuries. To the north there was the central courtyard, with the chapel of Santa Maria Magdalena; to the east the updated and converted into a terrace Hall, which communicates with a square keep tower. To the south, the Queen’s Room, which communicates with another square tower, at the southwestern corner. On the west there is the wall that separates the castle from the old town, where originally there was the entrance to the castle.

During the Reapers’ War, in 1642, Collioure and its castle suffered an intense siege. The troops of the French king dominated the hills and their fleet blocked the port. The attack on the city and the castle was performed by the troops of Louis XIII of France, consisting of 10,000 men including Turenne, Artagnan and their musketeers. As a result of this attack, the Spanish troops, deprived of water, because of the destruction of the well, had to surrender. In the retreat, the Spanish general, governor of Collioure, took the relics of Sant Vicenç de Collioure, which were later deposited in Concabella, in La Segarra.

In 1659, after the Treaty of the Pyrenees, with the consequent annexation of Roussillon, the castle passed under French dominion. The architect of the King of France Marquis de Vauban decided then to fortify the monument adapting it to the new defensive needs of that moment. He destroyed the upper village and most of the old town to strengthen the enclosure. Initially, his intention was to completely destroy the town, expelling its population, and constructing a fortified port instead. The destruction, which caused the disappearance of the Romanesque cloister and church, was stopped by the intervention of the local authorities, who feared an uprising of the citizens, this way the nave of the old parochial church was saved. 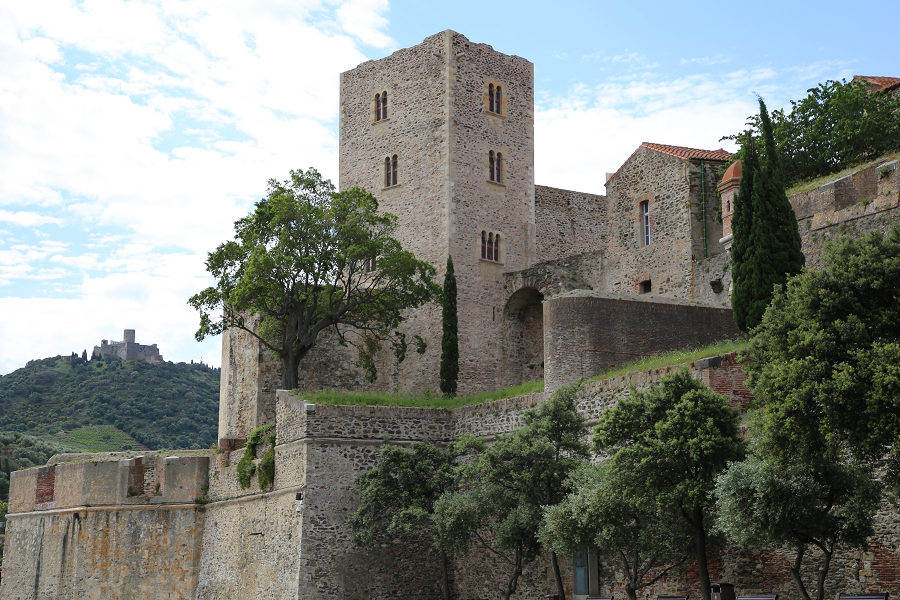 The castle was turned into a men’s prison in March 1939 and became the first disciplinary camp for the Spanish refugees of the Retirada, the exile from the Spanish Civil War. Many others were sent to the camps of Argelès-sur-Mer and Rivesaltes. After 1941, French detainees were prisoners of the Vichy regime. The prison received men sentenced for indiscipline, attempted escape and incitement to rebellion from the camps of Argelès-sur-Mer, Saint-Cyprien and Le Barcarès. The detainees transited there before being sent to North Africa.

Property of the General Council of the Pyrénées-Orientales since 1951, the castle is one of the major tourist spots in Northern Catalonia.