The representatives of World Health Organization of Andorra, Island, Luxembourg, Malta, Monaco, Montenegro, San-Marino and Cyprus will gather in Andorra in summer 2015 to discuss the major documents of European countries in the sphere of healthcare “Health 2020” • All PYRENEES · France, Spain, Andorra 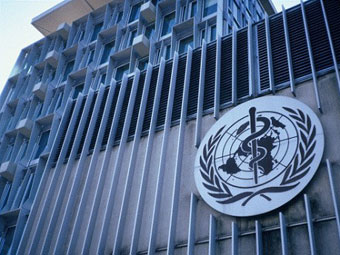 The diminutive states of European region have appointed the meeting of World Health Organization (WHO) administrators and representatives in Andorra. WHO is an organization, launched under the aegis of United Nations Organization (UNO) that is responsible for the issues of public healthcare. European bureau of WHO is one of 6 regional bureaus, located in different parts of the world.

It is expected that the summit will take place in the end of June or in the beginning of July 2015. It is for the second time that WHO selects Andorra to be the venue for this event. The countries with less than 1 mln of population are considered to be diminutive member-states of WHO. This group encompasses Andorra, Spain, Luxembourg, Malta, Monaco, Montenegro, San-Marino and Cyprus. Totally there are 53 members in this organization.

For the diminutive states this summit gives the chance to generate a universal position in relevant issues such as the reforms in the system of healthcare, aids in emergency cases and interaction at disease outbreaks. The generated position will be presented to the executive body—World Health Assembly and will be aimed at preventing any threats to the health of diminutive states citizens.

The key issue of the upcoming meeting is the discussion of “Health 2020” program and different initiatives aimed at its implementation.

“Health 2020” is a major new healthcare politics of European countries. Its goal is “to improve health and increase the level of population’s welfare, to diminish the inequality with respect to the state of health, to reinforce public health protection and to assure universal, sustainable and high-quality personal oriented healthcare systems”. It proves that good health is necessary not only for economic and social development of the state; it is also an important incentive for the recovery of economics after the global crisis.