The penalty for dog fouling on the streets of Catalonia will be up to 2,000 euros • ALL ANDORRA 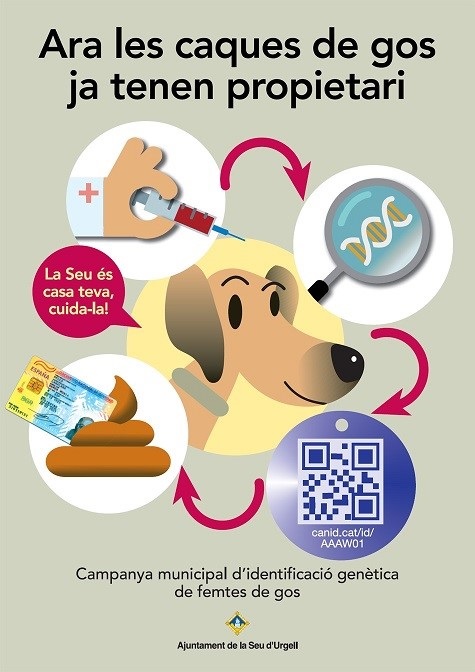 The last free blood donation campaign for domestic animals ended on December 31, 2018. Already, the city hall of La Seu d’Urgell (Catalonia) has the DNA of almost a thousand dogs. One of the goals of this campaign is to identify those guilty of dog fouling on streets in public places.

After the campaign, which lasted 6 months, the mayor of the city again turned to pet owners who had not yet taken this step. Until March 31 the blood tests were free but now the test will cost 46 euros. The deputy Mayor for the Environment of La Seu d’Urgell, Jesús Fierro, stated that “owners who have not registered their animal’s DNA will be fined € 300”.