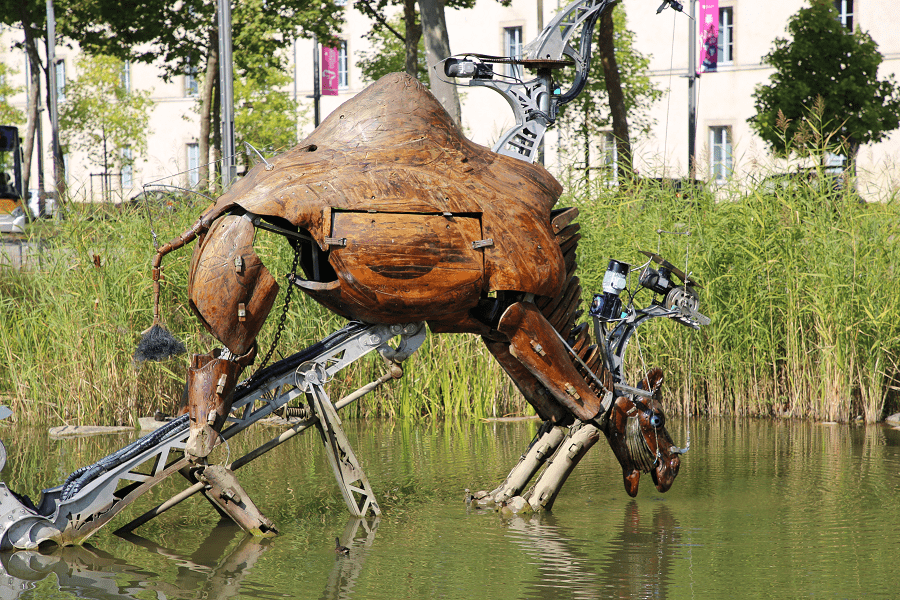 The “Park of the hydraulic animals”  is the main tourist and cultural facility of La Roche-sur-Yon, France. At the heart of Place Napoléon, 13 animals of wood and steel are present today. 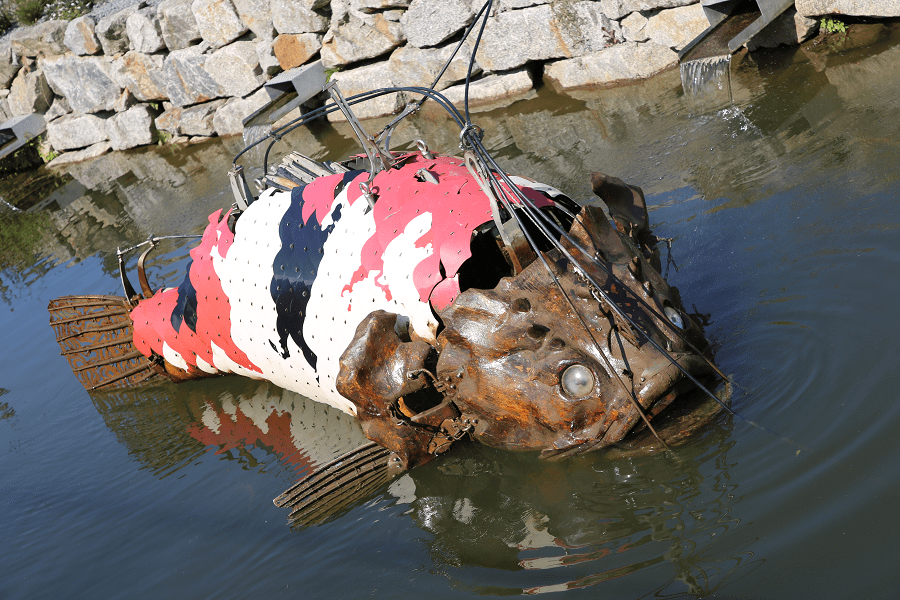 The story goes that when Napoleon founded the town in 1804, scholars who had returned from his expedition to Egypt chose La Roche-sur-Yon to conserve a mechanical menagerie created to assist observation of nature. The secret collection disappeared shortly after the building of the town but was rediscovered during excavations in 2012 and 2013. 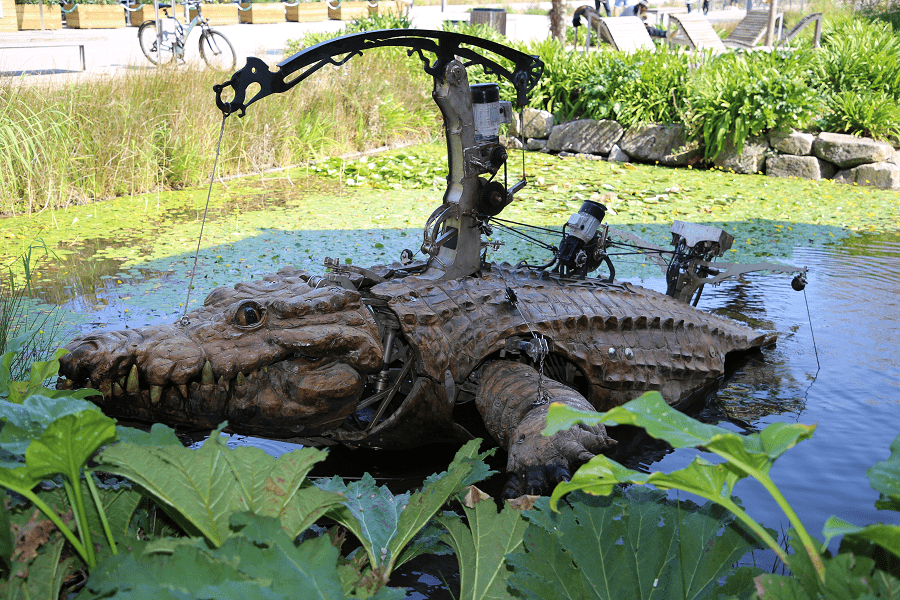 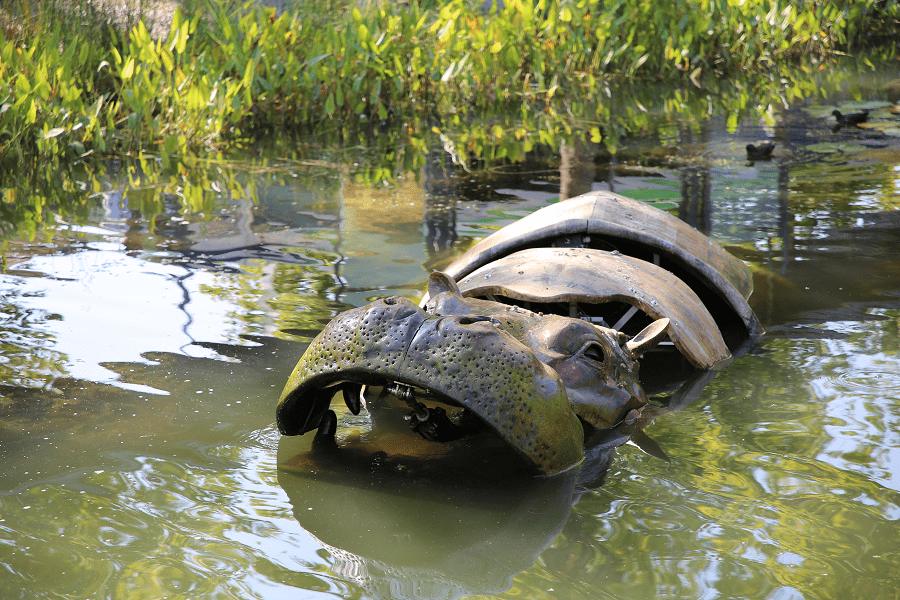 Gently work the controls to bring the mechanical zoo to life. Instruction boards tell you how each animal moves. Pull a lever, wait for a few seconds, and watch how the mechanism works. The power is provided by hydraulic and compressed air systems. There is a team of trained helpers and ‘vets’ to explain the animals and answer any questions. Access is absolutely free. 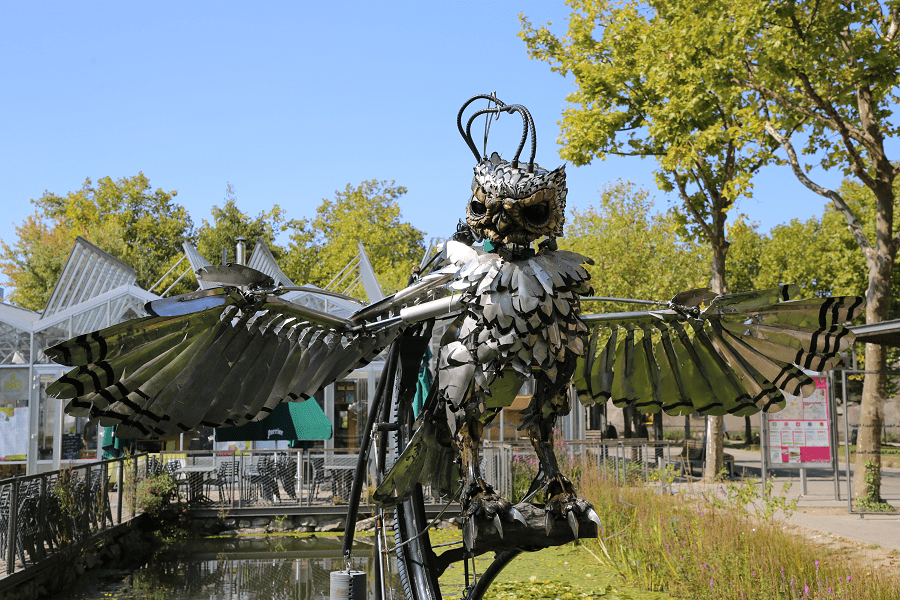 From the 31st december to 31st of january: annual holiday 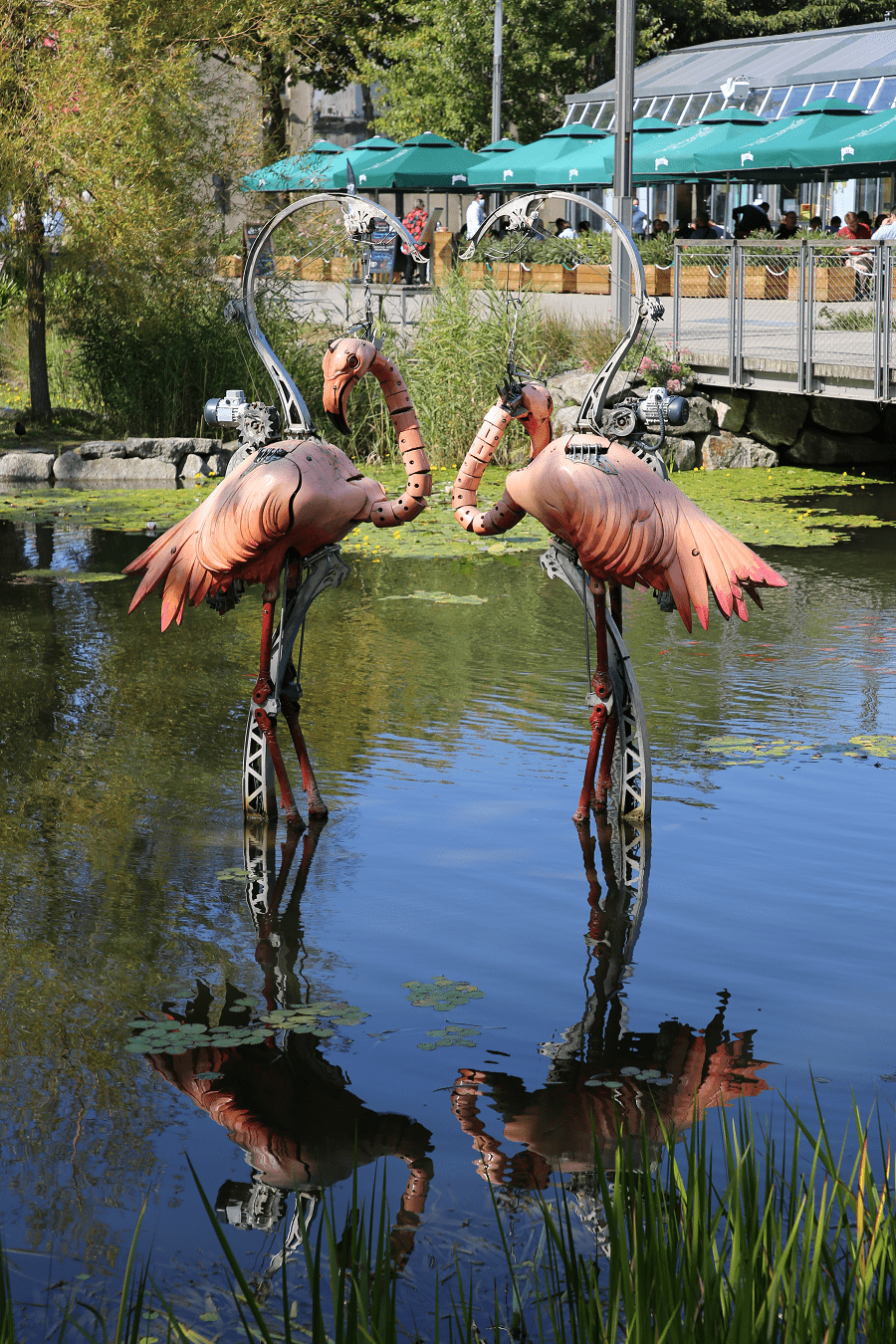 From the 15th of june to the 1st of september : from 10am to 7pm (open on public holidays)

From the 3rd of september to the 29th of september : from 12h (noon) to 6pm (tuesday to sunday, closed on monday) 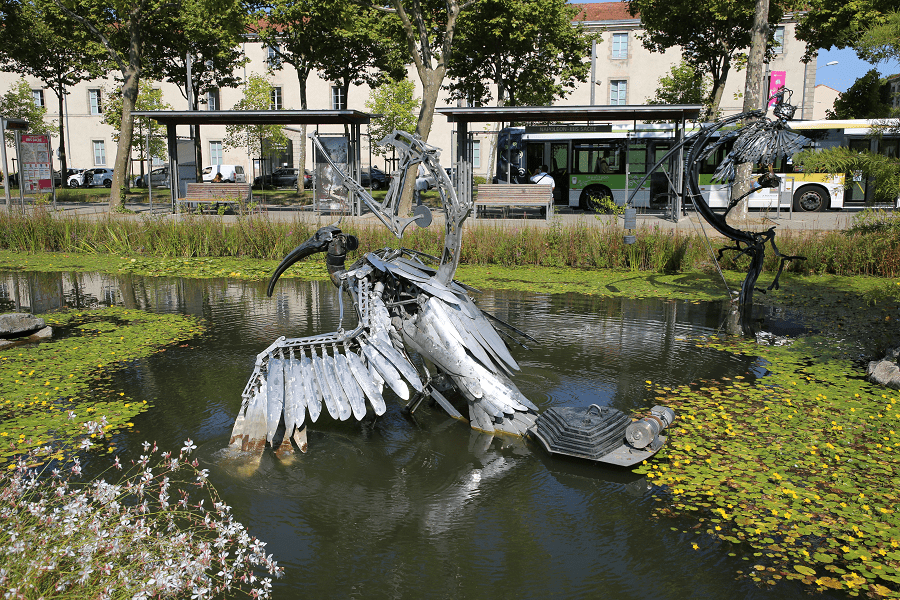 From the 1st of october to the 31st of december : from 12h (noon) to 5pm (tuesday to sunday, closed on monday) 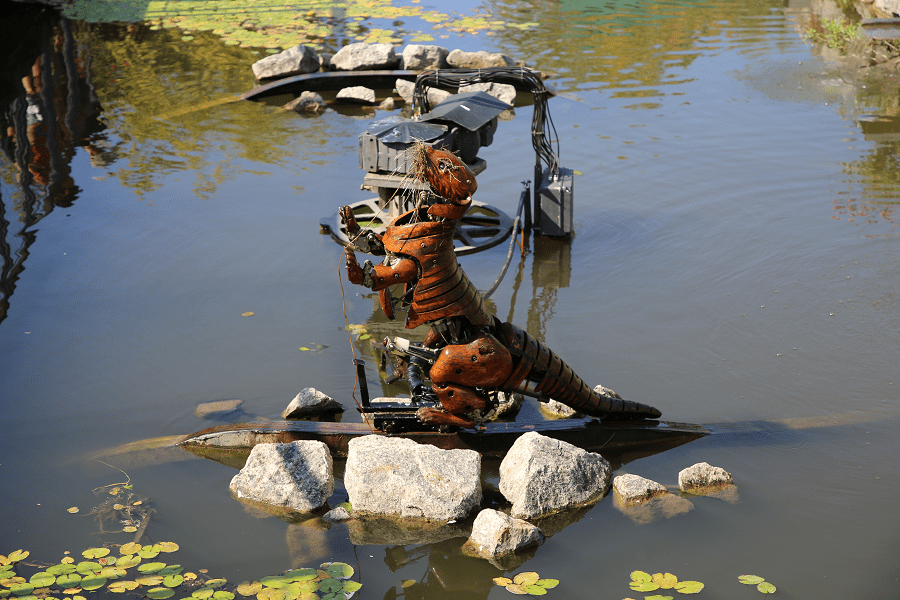 La Roche-sur-Yon is a commune in the Vendée department in the Pays de la Loire region in western France. It is the capital of the department. 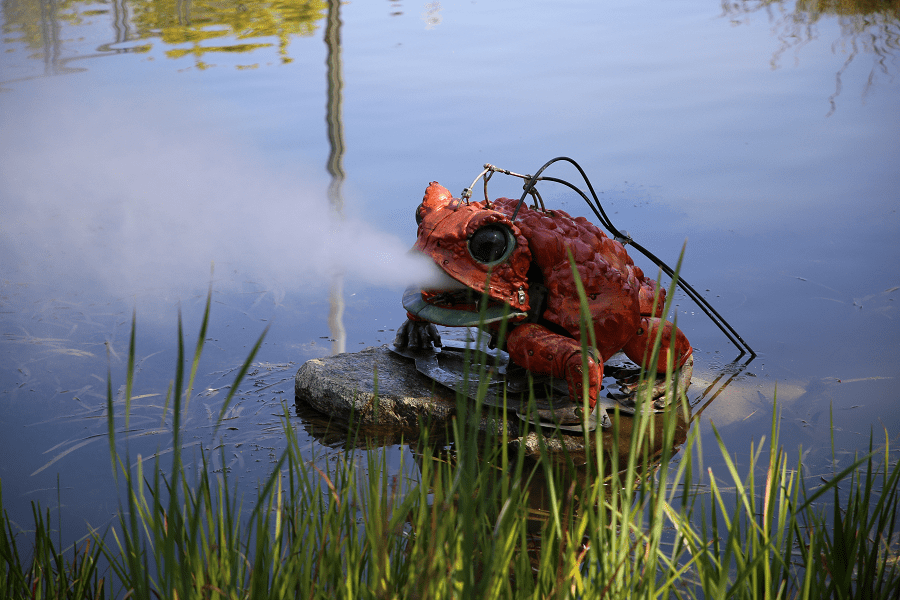 The town expanded significantly after Napoleon I chose the site as the new préfecture of the Vendée on 25 May 1804, replacing Fontenay-le-Comte (then under its revolutionary name of Fontenay-le-Peuple). At the time, most of La Roche had been eradicated in the Vendée Revolt (1793–96); the renamed Napoléonville was laid out and a fresh population of soldiers and civil servants was brought in. Napoléonville was designed to accommodate 15,000 people.