The Noirmoutier castle (Fr. The Château de Noirmoutier) is a castle on the Île de Noirmoutier in the Vendée département of France. It dominates the town of Noirmoutier-en-l’Île with its almost 20-metre-high (66 ft) keep. The castle is very well preserved and a fine example of 12th-century medieval architecture.

The first traces of the castle appeared in 830 with the construction of a castrum by the abbot Hilbold, from the monastery of Saint-Philbert. It served to defend the monks and the island’s population from the Vikings.

The castle was rebuilt in stone in the 12th century by the feudal power who was trying to stabilise the region, notably by preventing Norman pillaging. The island at that time was under the control of the barons of La Garnache. The keep was built by Pierre IV of La Garnache, then an enclosure equipped with towers was built around the lower courtyard. 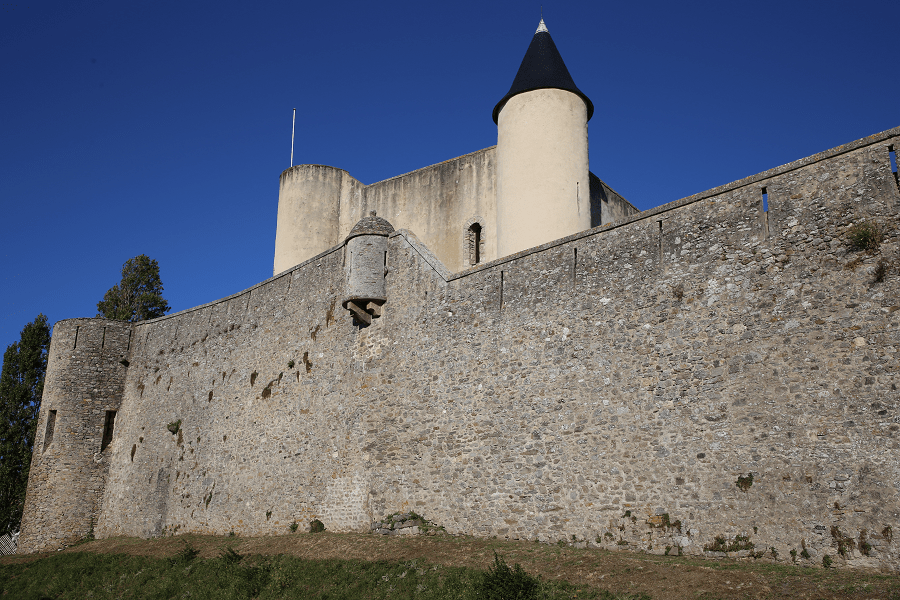 The keep at the centre of the castle is solid and rectangular. Built of rubble, it has three floors, with the lords’ residence at the top. The keep has numerous murder holes and defensive turrets at the corners. The rectangular fortification consists of two towers, a single gate and two watch turrets in the four corners. At the beginning of the 18th century, the towers were reconstructed and the keep adapted for artillery. 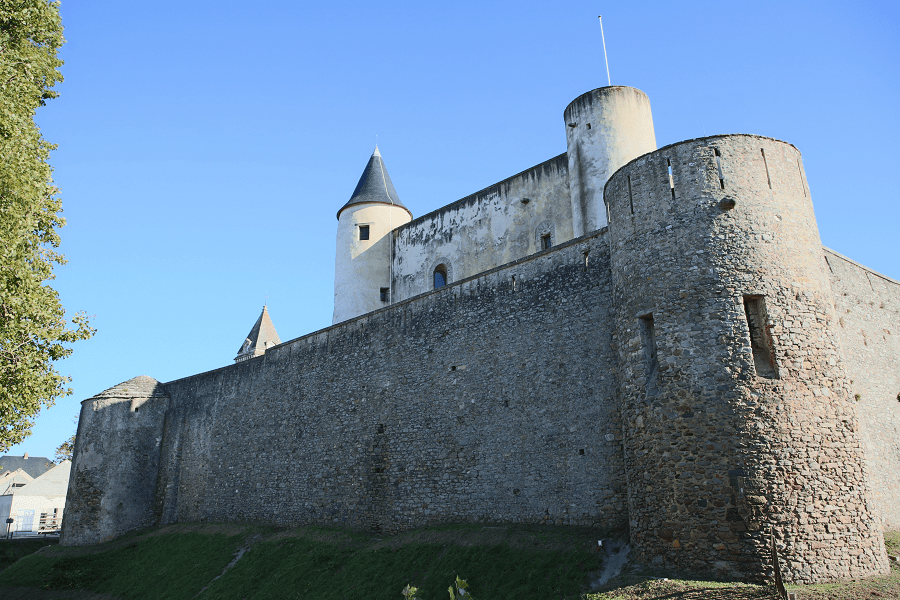 Property of the commune, the Château de Noirmoutier is listed as a monument historique by the French Ministry of Culture.

The castle is open for public: 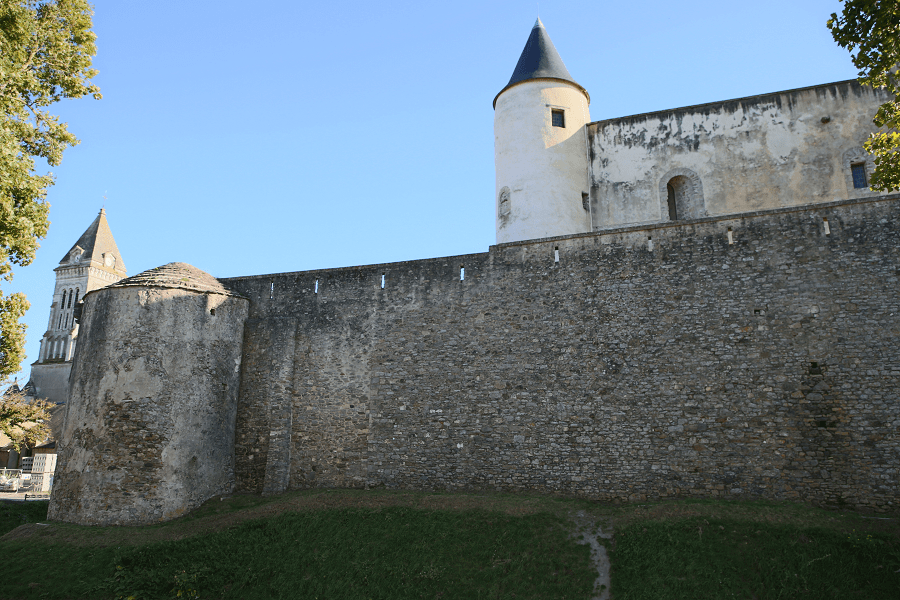 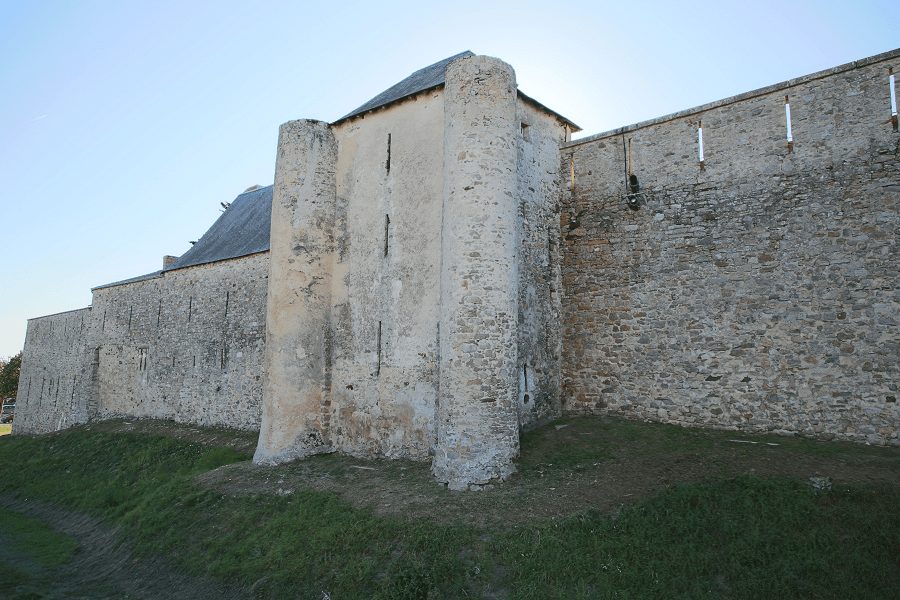 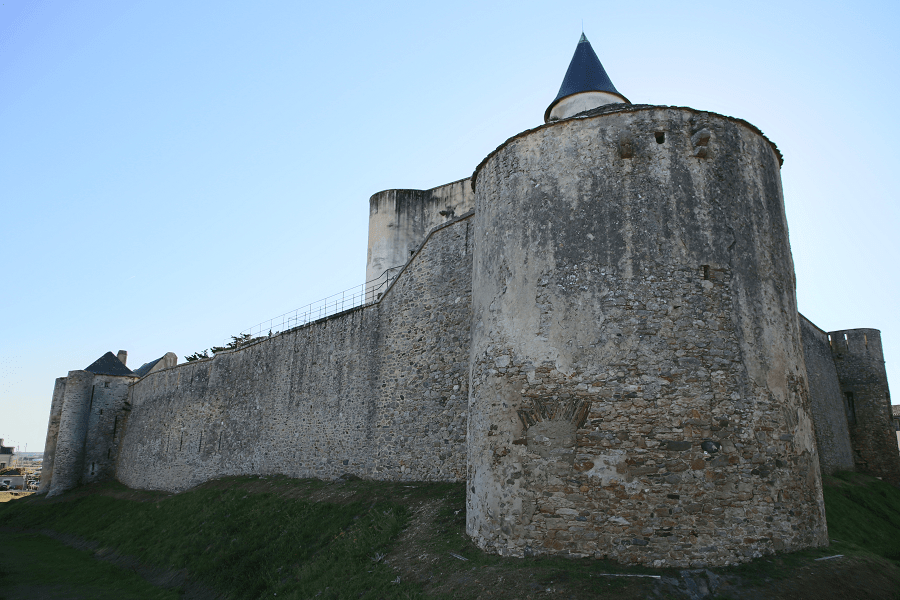