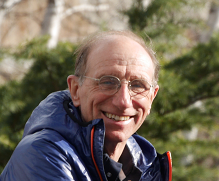 “It is an honor for Andorra to host the ladies’ alpine ski World Cup in the Super G and Alpine Combined disciplines once again (we have already hosted the World Cup in 2012). I was pleased with the organisation of the FIS Ski World Cup. About 500 people were involved in the overall organisation, including 300 volunteers, 100 public sector workers and 100 Grandvalira staff members. We gave out about 140 media accreditations.  Despite the heavy snowfall on Saturday we still had about 3,500 spectators.

We invested about 3.5 million in the Aliga Super G slope 2 years ago.  The slope is 2.2 km long, 60 m wide with a height difference of 600 m where skiers are able to reach speeds of up to and over 120 km/h. We met all FIS safety requirements, including the construction of 15 km of protective barriers. I can confirm that the safety of the event was at the highest level.

This weekend we had the highest snowfall of the season. However, as we were not sure about the weather conditions, we had already produced a lot of artificial snow. In the end the proportions were about half and half of fresh snow and artificial. In total the snow machines were working for around 1500 hours.

This year’s budget for the World Cup was over 1.7 million euros.

This event was very important for promoting Andorra internationally. Andorra is a country of snow and skiing is our national sport: all children have obligatory ski lessons during their school years. We had strong support from the Andorran government to organise the World Cup and the head of the Andorran government, Antoni Marti, was a president of the Honor committee alongside: the Tourism and Trade Minister (Francesc Camp), Culture and Sport Minister (Olga Gelabert) as well as the Mayor of Canillo (Josep Mandicó), President of Olimpic Andorran Comitee (Jaume Marti) and Ski Andorra President (David Baró).

The next World Cup (men and women’s) in Andorra is going to be in 2019. And we need to improve a lot of things to have a brilliant organisation. In particular, we must improve our back office. By this, I mean our accommodation management and team support services – they didn’t work as fast as we needed.

We are thinking about improving our event management as well. We had an post-ski party with a free bar (beer, red and white wine) for people who were involved in the event. But next time we will probably organise something very special with famous artists”.