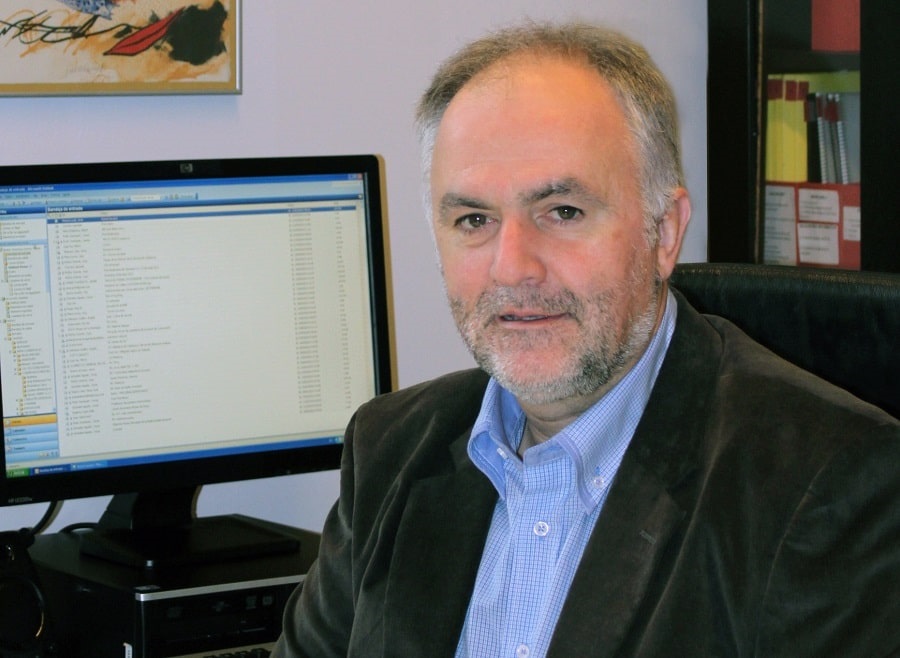 The National Museum of Science and Technology of Catalonia (MNACTEC) is the result of the rich heritage of scientific and technical knowledge and innovation of Spain, and its industrial application. The will to create a museum of science and technology in Catalonia started at the end of the 19th century. In 1937, the Generalitat de Catalunya decided to create the museum.

The Civil War and the following dictatorship of General Franco collapsed the project, which remained forgotten until the 1970s. At this time, the Association of Industrial Engineers of Catalonia recovered the initiative to create the museum of science and technology and, in 1979, they established the Association of the Museum of Science and Technology and of Industrial Archeology of Catalonia with the will to contribute to the building of the museum and preserve the assets of the industrial heritage.

In 1981, the Department of Culture of the Generalitat de Catalunya took over the project and in 1983 bought the Aymerich, Amat i Jover factory, a former woolen textile factory in Terrassa, to turn it into the headquarters of the museum. In 1984 the factory was opened to the public. The Museums Law of November 2, 1990, declared it a National Museum and declared it as an autonomous entity. In 1996, the first permanent exhibition was inaugurated and the restoration work on the main building was completed.

Jaume Perarnau, director of the MNACTEC, told us about the history of the museum, its collection, as well as new educational programs planned for this year.

The museum is in the building of the Aymerich, Amat i Jover factory, which is one of the examples of modernist industrial architecture in Catalonia. Could you tell us the history of this place and this building?

The MNACTEC building, the Vapor Aymerich, Amat i Jover, is one of the best industrial architectural works of Catalan modernism. After the architect Lluís Muncunill finished the designs for the factory, construction began on the Rambla d’Ègara in 1907 and the factory was inaugurated a year or so later. The Government of Spain declared the building as a Cultural Property of National Interest (BCIN) in 2019.

The name El Vapor (The Steam) comes from the use of the steam engine as a driving force, which accommodated the entire industrial process of wool transformation from the flakes to the finished fabrics.

The old production building of the factory is where the main exhibitions of the museum are today.

Why is the National Museum of Science and Technology of Catalonia considered a «key point» in the itinerary of European industrial heritage?

Indeed, the MNACTEC is an outstanding anchor point or enclave of the European industrial heritage route. A recognition of the historical importance and cultural attraction of the museum it places one of the most important tourist sites in the industrial history of Europe.

Please tell us about the museum’s collections. What are the most interesting specimens that are presented in the museum? How old are the oldest specimens?

The MNACTEC collections bring together more than 20,000 scientific, technical and industrial objects. The Museum is primarily interested in objects designed or manufactured in Catalonia, but also in those that have had an impact on Catalan society or those that have represented an advance in a certain technology or family of devices, both in Catalonia and in the rest of the world.

Due to space issues, the Museum’s exhibitions can only show around 10% of the objects in the collections. The rest of the pieces are kept in the reserved rooms.

Tickets to the museum are quite inexpensive (about 6 euros) when compared, for example, to museums in neighboring France. For example, in July and August, the entrance was free due to the lack of climatic comfort inside the museum. What is the basis of your pricing policy? How is the museum financed?

The MNACTEC is a nationally owned museum dependent on the Department of Culture of the Generalitat de Catalunya, specifically the Catalan Agency for Cultural Heritage. The museum is financed through the budget that the agency allocated, as well as the income it generates from the sale of tickets and other services it offers (space rental, store sales, etc.). The Catalan Agency for Cultural Heritage regulates ticket prices.

There are also several open days throughout the year and a free entry on the first Sunday of each month.

Are you planning new exhibitions? Do you have examples that you pay attention to when developing new museum exhibition concepts?

The MNACTEC is always in constant evolution. There is a great rotation of temporary exhibitions, whether of own production or third parties, to offer visitors a diverse and interesting experience.

We have recently opened two long-term exhibitions. On the one hand, the exhibition “Tresors MNACTEC: Cafès, cafeters i cafeteres” (“Treasures of MNACTEC: Coffee and coffee makers”), is an exhibition on the technical and social evolution of coffee production and consumption. On the other hand, “Els medicaments a Catalunya. Empresa, ciència i innovació per a la salut” (“Medicines in Catalonia. Business, science and innovation for health”), is an exhibition about the scientific and technological evolution that the manufacture of medicines in Catalonia has experienced.

How do you plan to develop the museum? Do you collaborate with other museums in Spain or other countries?

The MNACTEC participates in various networks and institutions related to scientific and technical industrial heritage, both in the Catalan, national and European spheres. At the national level, it should be noted that the MNACTEC heads the Territorial System of the MNACTEC, which is a network of 27 museum and heritage centers that explain industrialization in Catalonia through their collections, their exhibitions and the on-site “museumization” of the different productive activities that have existed.

The MNACTEC Planetarium was open to the public until September 4, 2022. Is it scheduled to reopen in the new school year? Will there be new audiovisuals?

We offered this activity last winter and we have repeated it this summer as well with a large influx of visitors. We have yet to assess whether we will offer the Planetarium again in the future.

The MNACTEC offers companies, entities and institutions the possibility of renting spaces for the celebration of events, business meetings, gatherings or activities for groups, as well as for the shooting of advertisements or films. Is this service popular? Do you often have shoots?

Renting spaces is another way of financing the museum and it works well for us. We only accept acts that meet certain conditions and characteristics, to respect the essence of our institution. Likewise, sometimes we give the spaces free of charge to certain social entities or institutions with which we collaborate.

Do you collaborate with schools and universities in Spain? What activities are planned for the new school year?

The MNACTEC works in close collaboration with various institutions related to the world of education, such as the Department of Education of the Generalitat de Catalunya and different Catalan universities. Likewise, we develop specific educational innovation projects with various Catalan schools. Among the new educational offerings this year, we can highlight the radio workshops held in the Ràdio MNACTEC space for primary, secondary and high school students. It is a functional radio space where students can record their programs.

Do students from Andorra or France visit your museum? Do you plan to develop cooperation with educational institutions in neighboring countries?

Most of our school visitors come from educational centers in Catalonia, but from time to time educational centers in France and Andorra visit us. We have collaborated, for years, on la Ruta del Ferro dels Pirineus (the Pyrenees Iron Route), an international project promoted by our museum and the Ministry of Culture of Andorra.