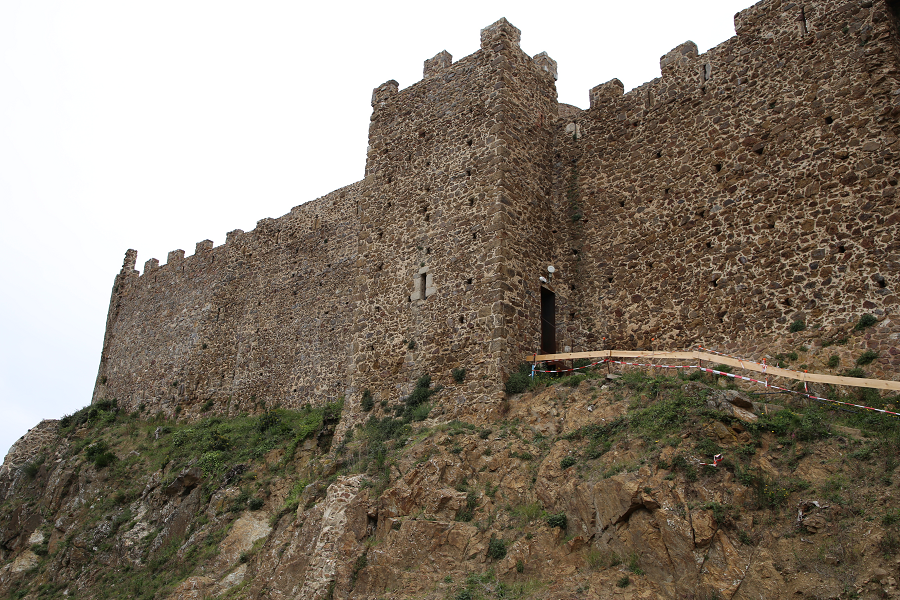 The Montsoriu castle (also called the Montsoliu castle, cat. El Castell Montsoriu) is considered one of the most impressive Gothic fortresses of the former Crown of Aragon. It is located between the towns of Arbúcies, Sant Feliu de Buixalleu and Breda, in the region of La Selva and stands on top of a hill of 632 meters, inside the Natural Park of Montseny (Girona province, Catalonia, Spain). 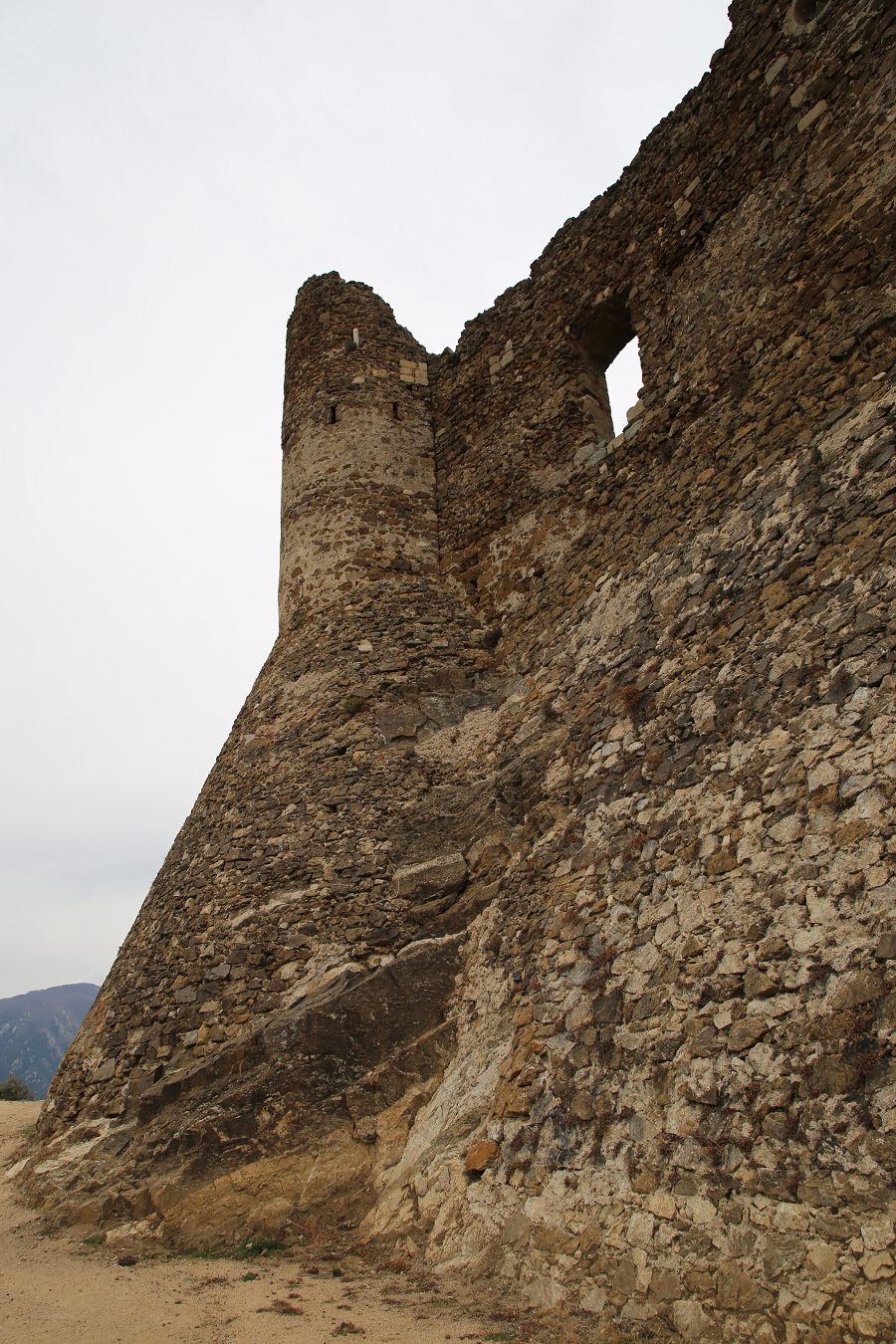 This castle is made up of three enclosures surrounded by defense walls. The oldest conserved part of the castle, is the keep or tribute tower, from the second half of the 10th century, located within the first enclosure, where in the northern part there is the main access with a side tower and a small pre-Romanesque chapel with an apse and remains of Romanesque wall paintings. It is known that the chapel was under the invocation of Saint Peter. 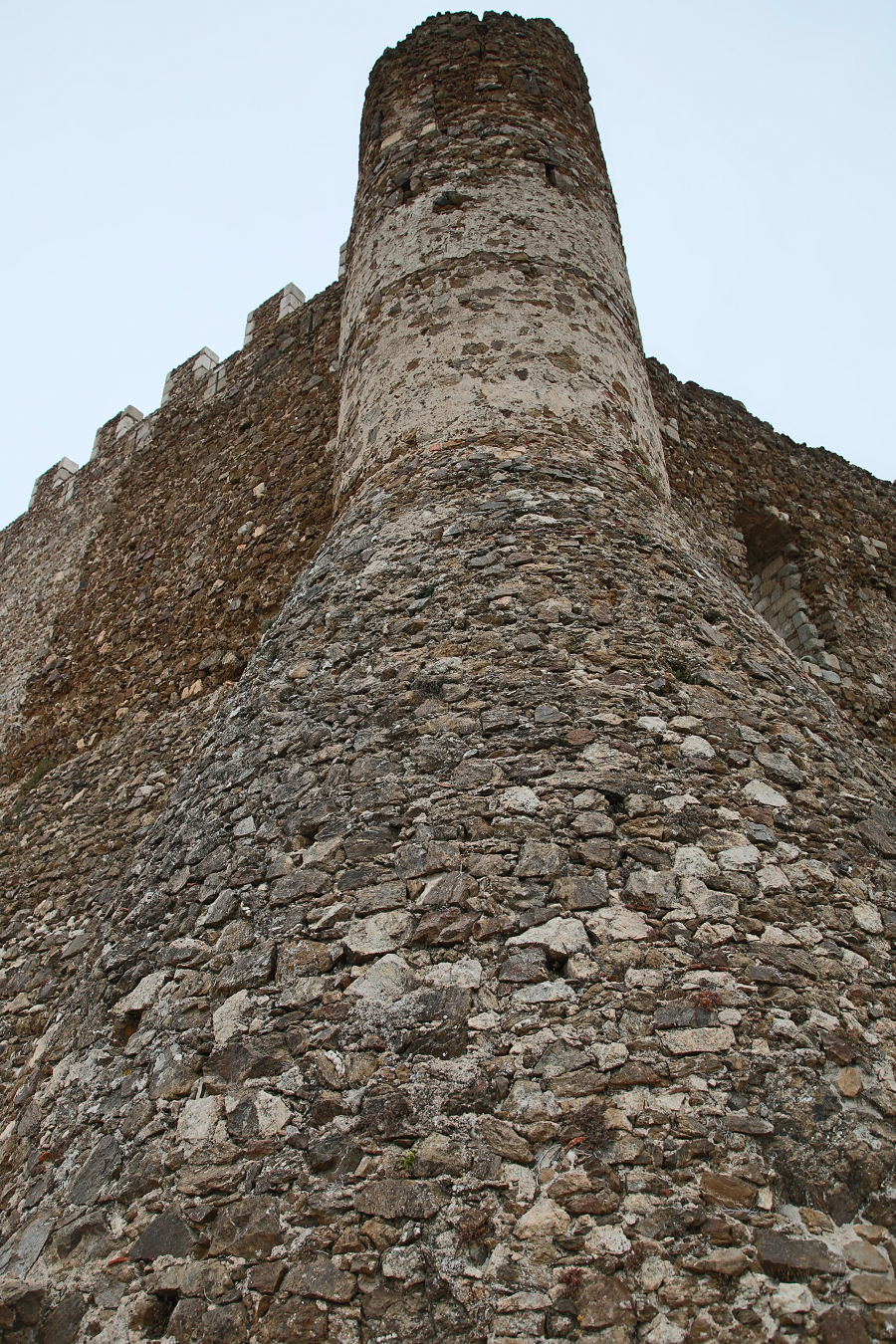 In the 13th century large extensions were made, a new nobility building was constructed with a room called “Gothic hall” built in front of the main entrance, covered with a pointed barrel vault, as well as a courtyard with a square tower and a moat with new curtain wall with two cylindrical corner towers with embrasures. 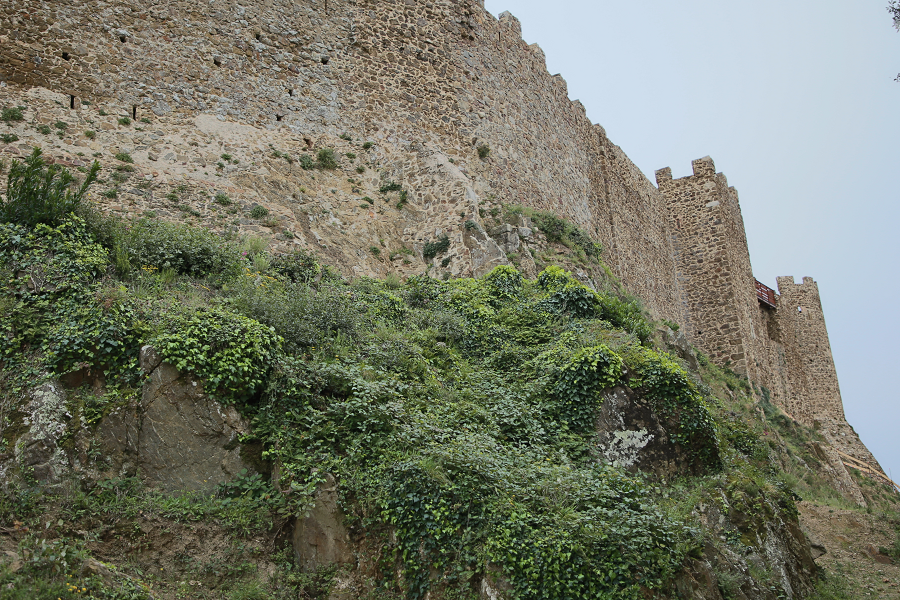 A new chapel was built back-to-back on the wall dating back to the end of the 12th century or beginning of the 13th century. The chapel has a rectangular floor plan measuring 10 m by 3.5 m, two small windows in the form of embrasures, a small lateral chapel on the west wall and a gable roof. The access door to the chapel preserves part of the entrance steps, also on an interior wall remnants of sgraffito of a human figure and three crosses can be seen. 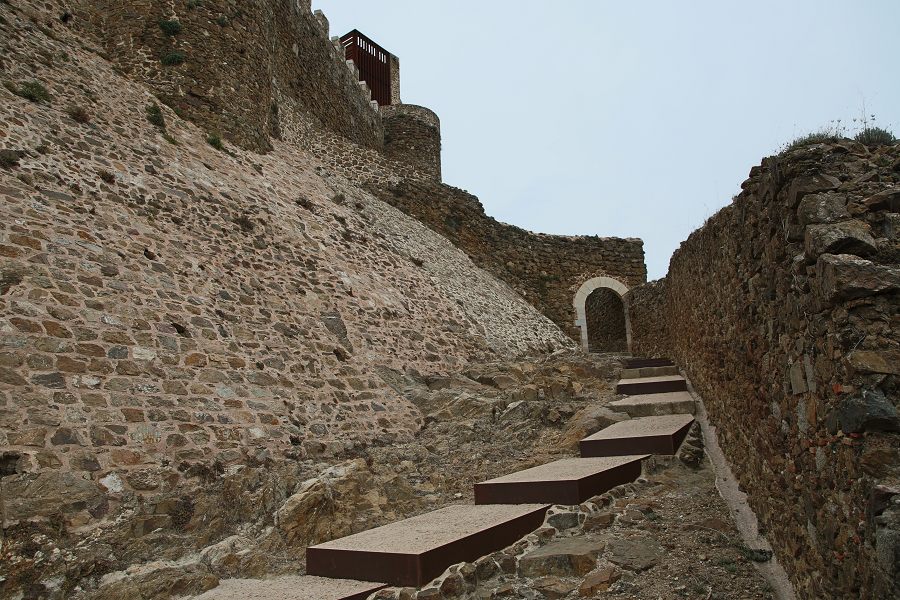 In the 14th century, the Cabrera family, already very powerful at this time, made reforms to transform it into a castle-palace. Within the nobility enclosure new parts were built such as the dining room and the kitchen, as well as new pavements and water collection tanks. 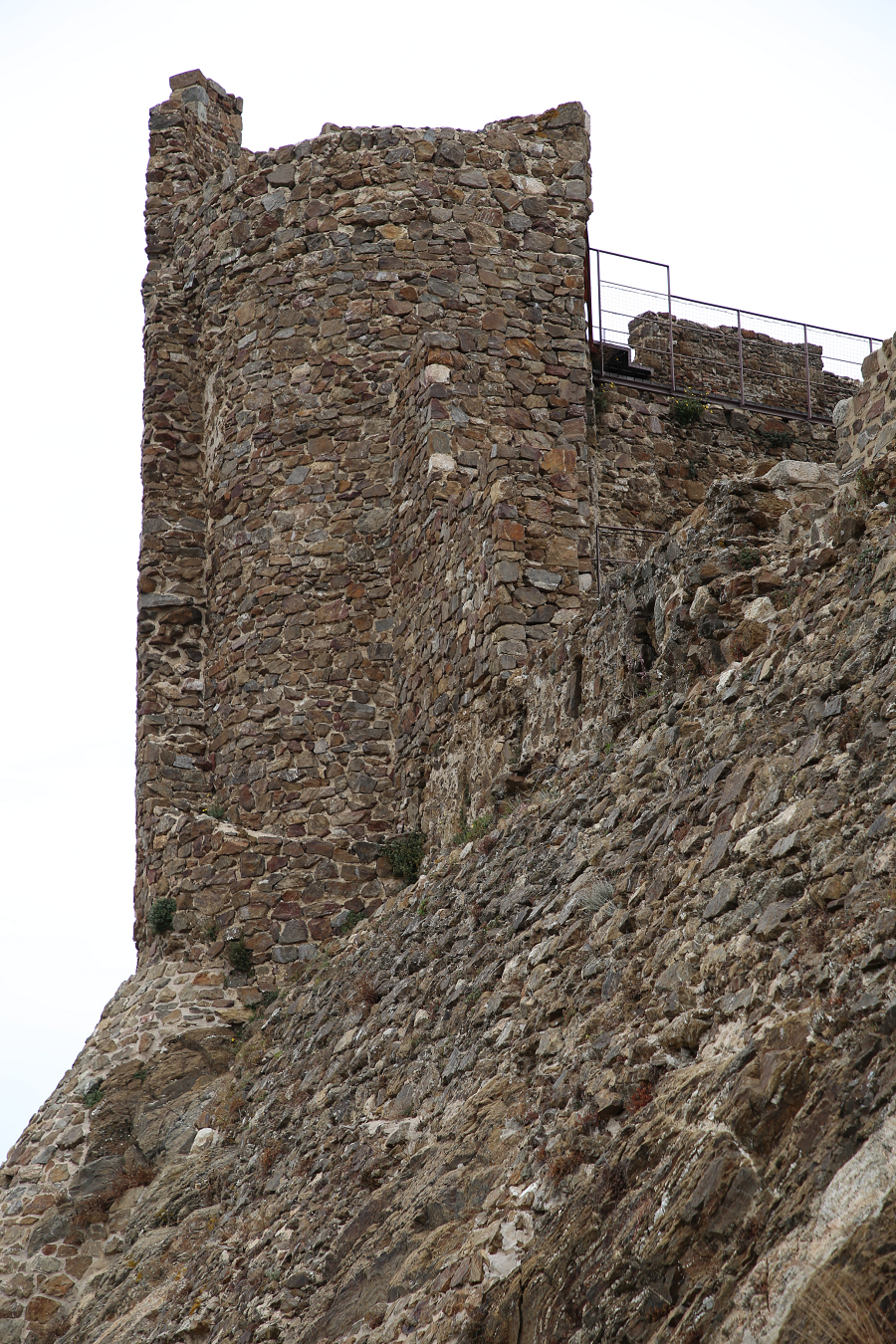 Also, from the 14th century are the new doors to the keep tower, a new large room constructed over the already existing “gothic room” of 100 square meters, where you can see the remains of a fireplace and two Gothic style windows, and the new curtain walls with thickness ranging from 70 cm to 120/150 cm with wall walkway. 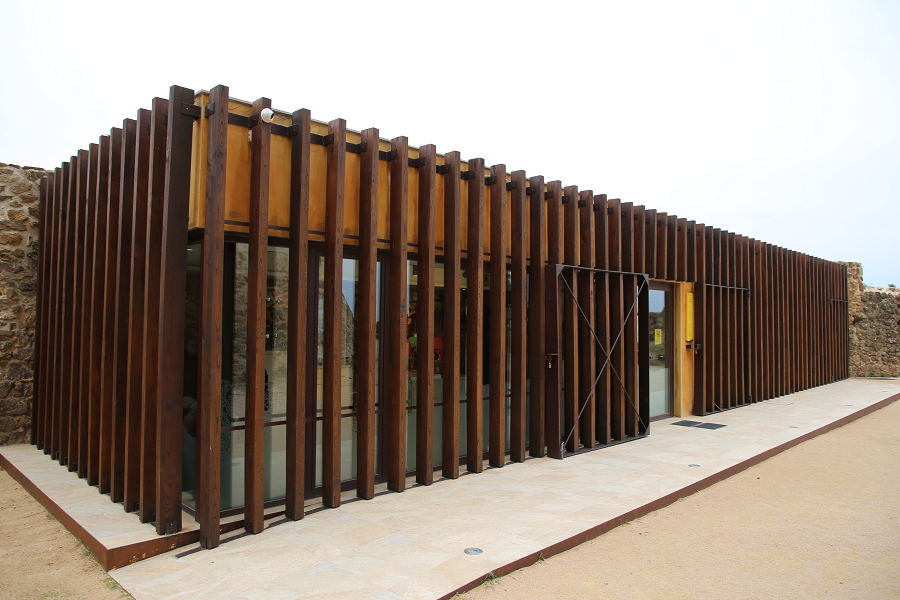 The courtyard and the second enclosure in a trapezoid form, became the residential place. Around the courtyard rooms adjoined to the wall were constructed, with the front parts of the rooms facing the patio that was semi-covered by porches forming a gallery around its perimeter.

In the center there was a large cistern, 12 meters long, 4.5 wide and 5 meters deep, with a complete network of channels to cover the needs of water supply, it was covered with marble of Gualba. Also a large dining room with windows and fireplace was built. 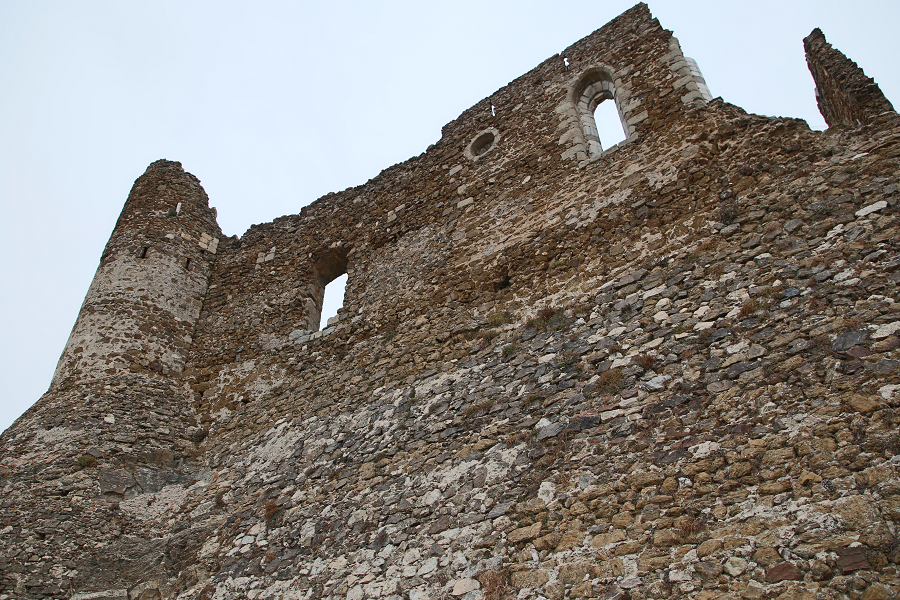 The 13th century chapel was removed and transferred to another location, also of a rectangular floor plan, approximately 10 m long by 8 m wide, with a presbytery, bell tower, and a gothic window known as “the viewpoint of the countess”. It was accessed directly from the courtyard. 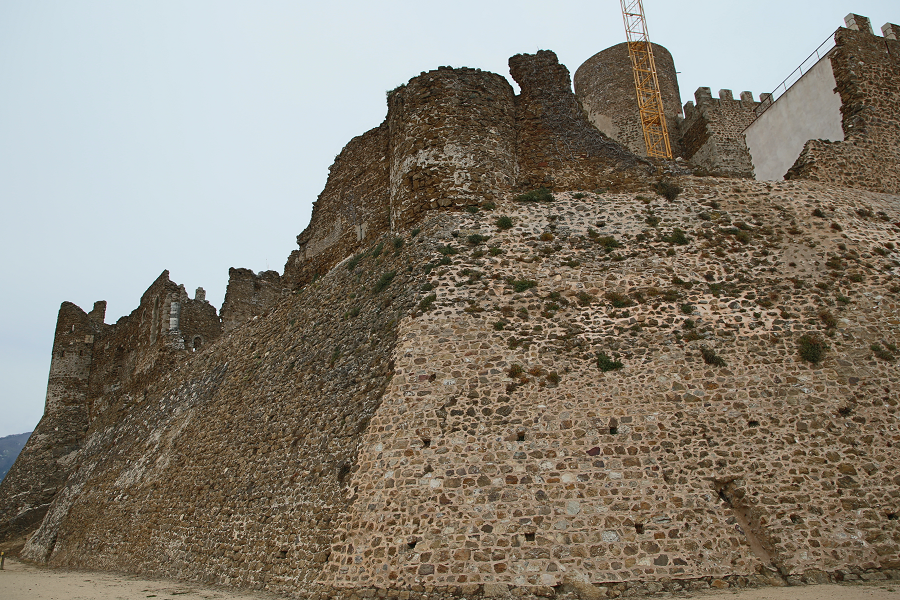 Finally, still in the 14th century, a new space, the Jussà enclosure was created, with a square tower next to its entrance, for protection and defense. 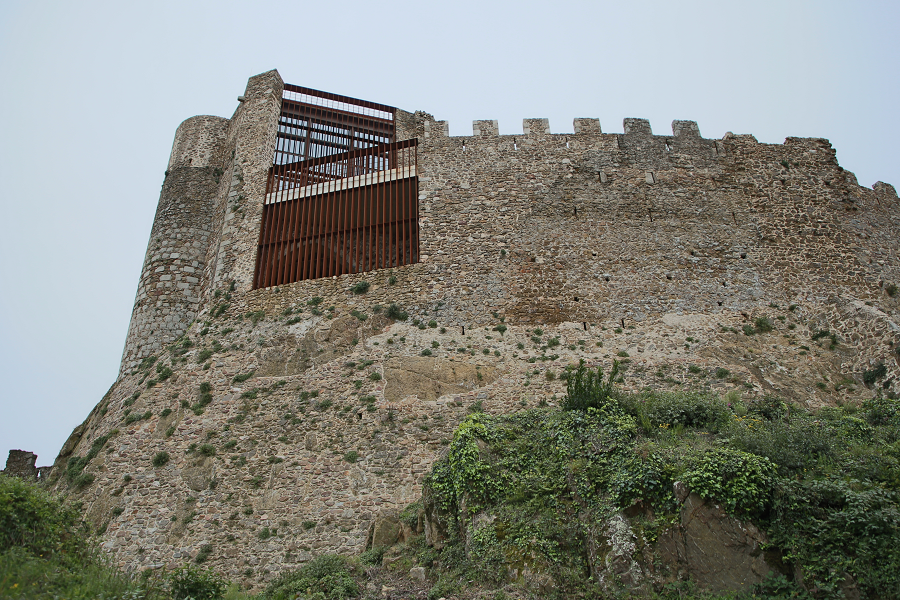 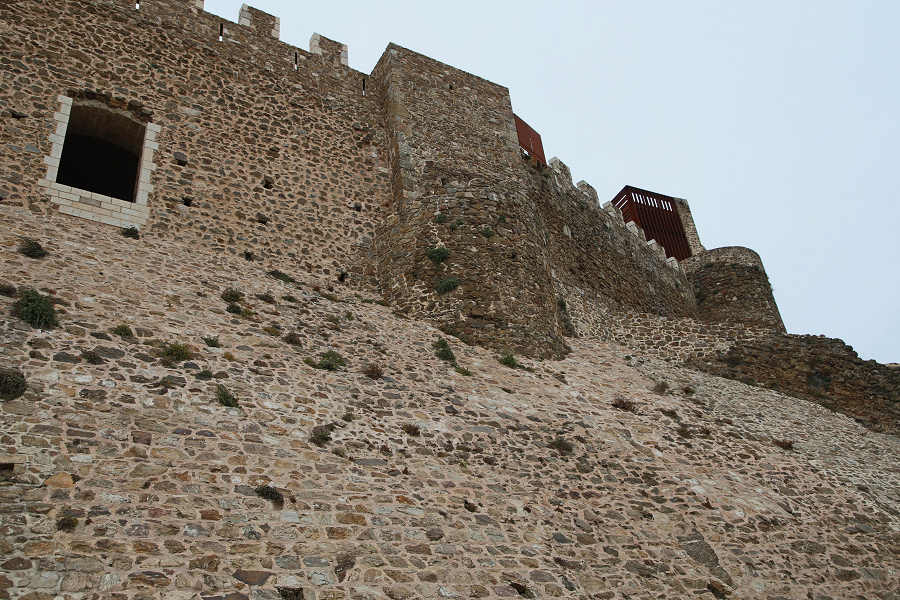