The Minister of Territorial Planning, Jordi Torres, inaugurated at noon the high pedestrian crossing over CG1 located in front of the Comunal Stadium of Andorra la Vella • All PYRENEES · France, Spain, Andorra 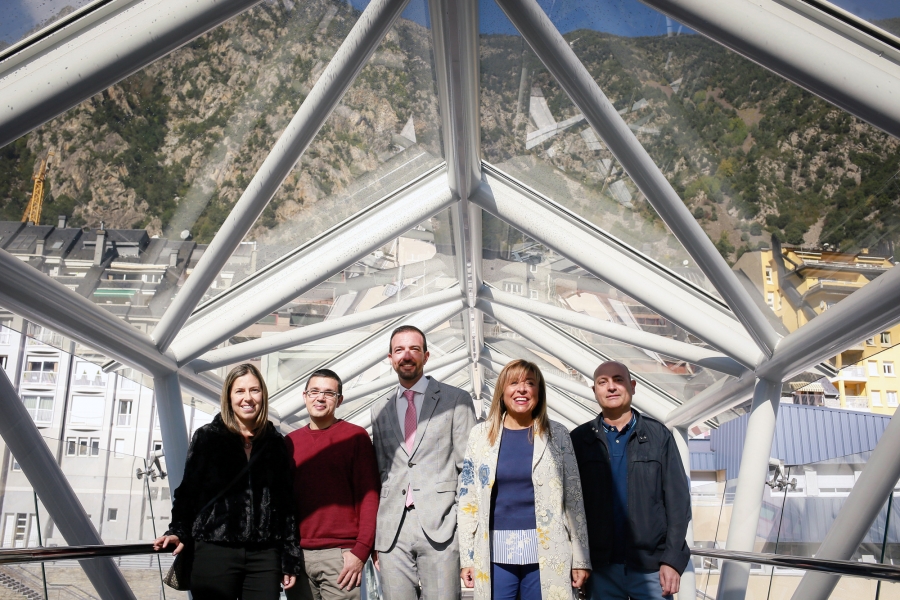 The Minister of Territorial Planning, Jordi Torres, inaugurated at noon the high pedestrian crossing over CG1 located in front of the Comunal Stadium of Andorra la Vella.

This was the winning proposal of the first Participatory Budget called by the Government in 2017. The event also had the participation of the consul of Andorra la Vella, Conxita Marsol. Likewise, 3 of the 4 citizens who agreed to propose, in the first edition of the Participatory Budget, the construction of an elevated or underground passage through this area, were the most voted proposal in 2017.

In his speech, he recalled that this work enables the country to solve two different problems that existed in this area related to pedestrian and vehicle traffic. On the one hand, the bridge gives more security to the people who have to cross the road, and on the other hand, it reduces traffic caused by use of the traffic lights. Jordi Torres welcomed the final result of this work and thanked the work of all the parties involved in the construction of the infrastructure, which apart from the access stairs is also equipped with two elevators, one at each end, in order to be totally accessible.

Jordi Torres also referred to the winning proposal for this year’s Participatory Budget “Trees in the Wind”, which consists of a renewable wind energy system through the movement of the leaves of facilities that simulate trees. The minister reiterated the desire to locate a wind farm in each parish, if the final budget allows it, for which a game of 300,000 euros is earmarked.