The Minister of health, social policy and employment of Andorra Maria Rosa Ferrer has officially announced her resignation • All PYRENEES · France, Spain, Andorra 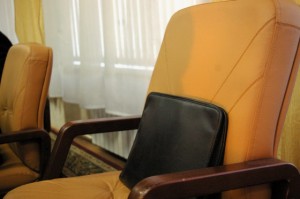 The Minister of health, social policy and employment of Andorra Maria Rosa Ferrer has officially announced her resignation. The statement was signed today by the Prime Minister of Andorra Antoni Marti, says the press service of the government. Maria Rosa Ferrer explains her resignation by the disagreement on different political issues. It is a consequence of the rupture of the ruling coalition of political forces of Andorra, which, in her opinion, was confirmed by the results of the municipal elections on 13 December.

Reaction of deputies of the Parliament of Andorra was immediate. In particular, the leader of the social democratic party of Andorra, López Pere said the resignation of the Minister was logical and predictable. Moreover, he is convinced that the resignation had to be accepted six months ago when the Minister first expressed her intent to do so. Pere Lopez considers “non-progressive” the main points of the health care reform offered by Maria Rosa, and criticizes the quality of prepared and presented to Parliament a few weeks ago document. “Over the past four years we made no progress in this matter,” – he regrets.

General counsel of the social democratic party and progress (SDP) of the mixed parliamentary group Victor Naudi agrees with his colleague. He expressed regret health care reform will be paused again.