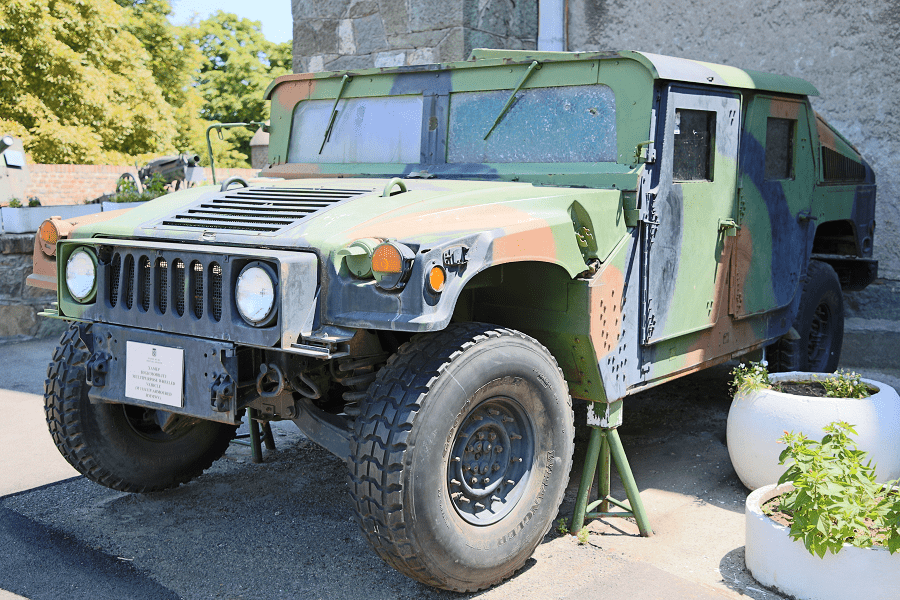 There are also more modern guns, firearms, and elements of soldier’s uniforms and equipment. Dioramas, plaques, and displays illustrate the use and historical context of the museum’s collection. 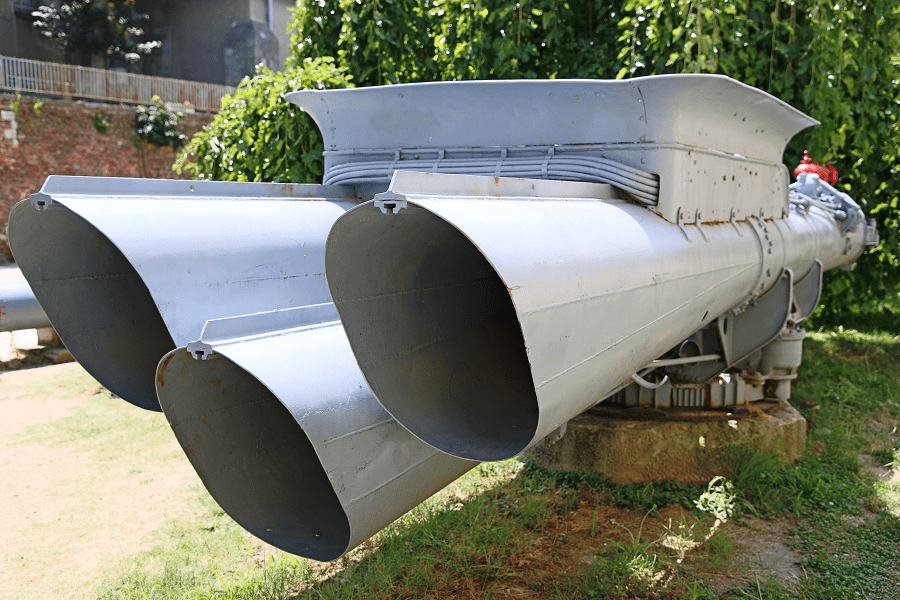 Recent exhibits address NATO actions against Serbia in 1999, including the controversial use of cluster bombs, depleted uranium, and graphite bombs, some of which are claimed to be in violation of international law. A well-known exhibit features parts of a US F-117 stealth aircraft which was downed by a Serbian S-125 Neva/Pechora. 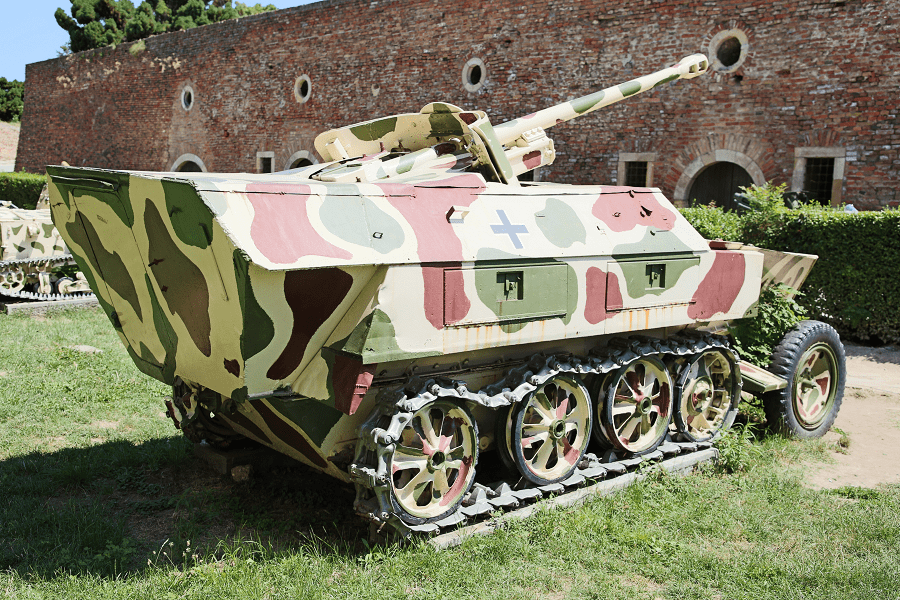 The collection of artillery weapons was a base of the first permanent exhibition of the Military Museum in 1904. Beside two cannons that were placed in front of the Museum’s entrance, a larger number of muzzle-loading cannons, of which four of them were Karađorđe`s cannons cast in Serbian foundry in 1811 were decorating the exhibit space. 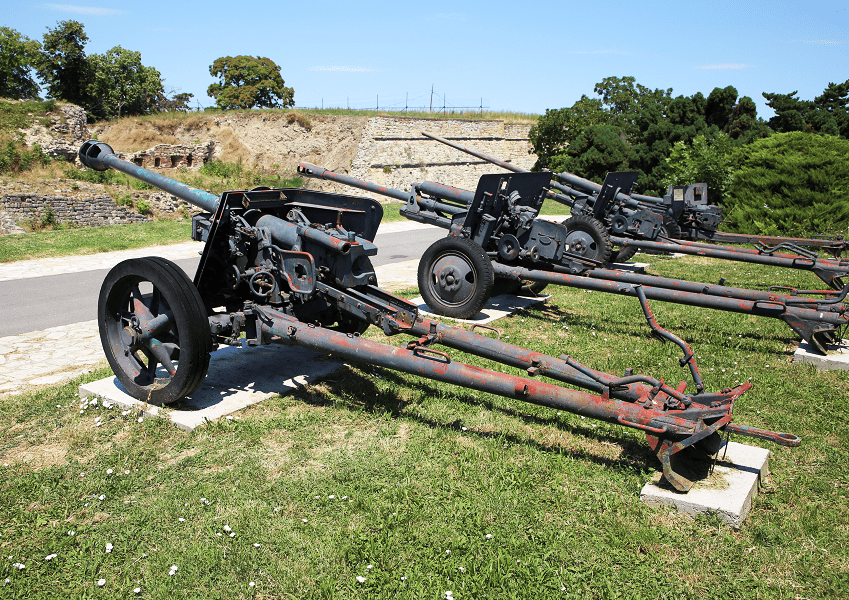 As most of the collections, this one has also been destroyed in both World Wars. After the Second World War some of the objects remained: about twenty cannons and howitzers used during the Balkan Wars and the First World War, which were obtained in 1935 from the “Military Technical Works” in Kragujevac, and three coastal-gun barrels brought in 1936 from Kladovo Fortress. In years after the war, collecting of objects has continued, so a large number of artillery weapons and armoured vehicles captured during the last war have arrived in the Museum. Also, in late 60’s Museum collected about twenty heavy coastal cannons from the Adriatic coast. 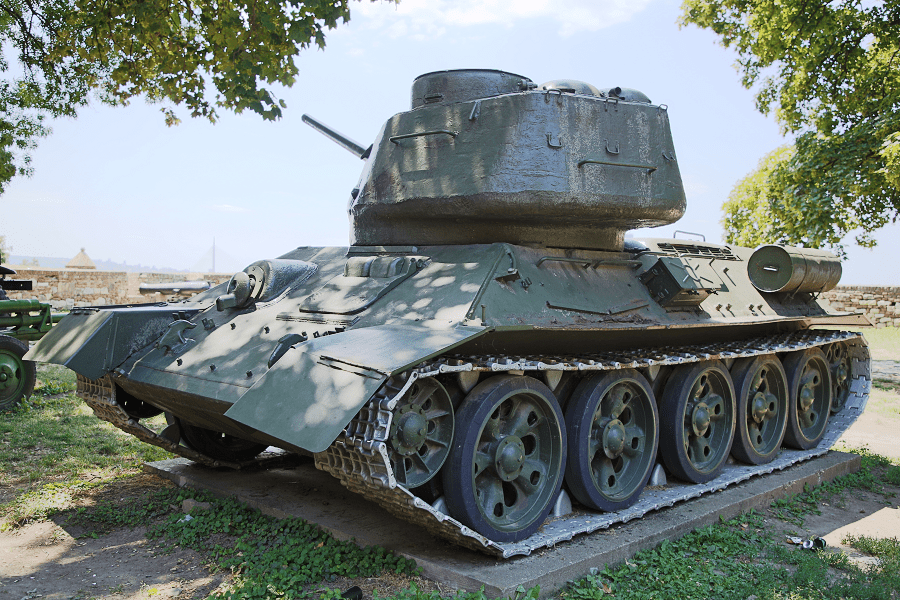 After the Second World War, many armoured vehicles have also arrived to Military Museum, and very rare examples were among them. The attention of the visitors is especially attracted by large number of armoured transport vehicles, light tanks and tanks from many different countries (Poland, Czechoslovakia, Italy, Germany, USSR and USA). 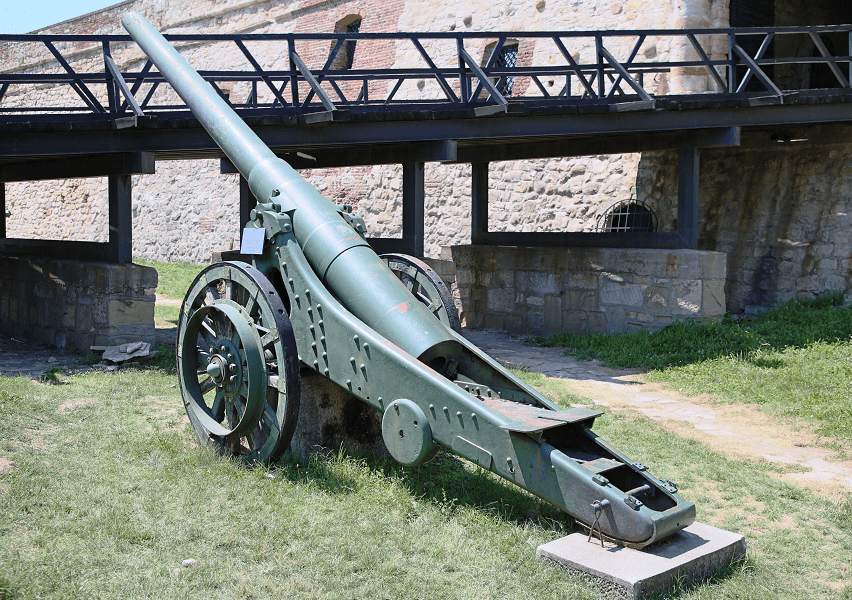 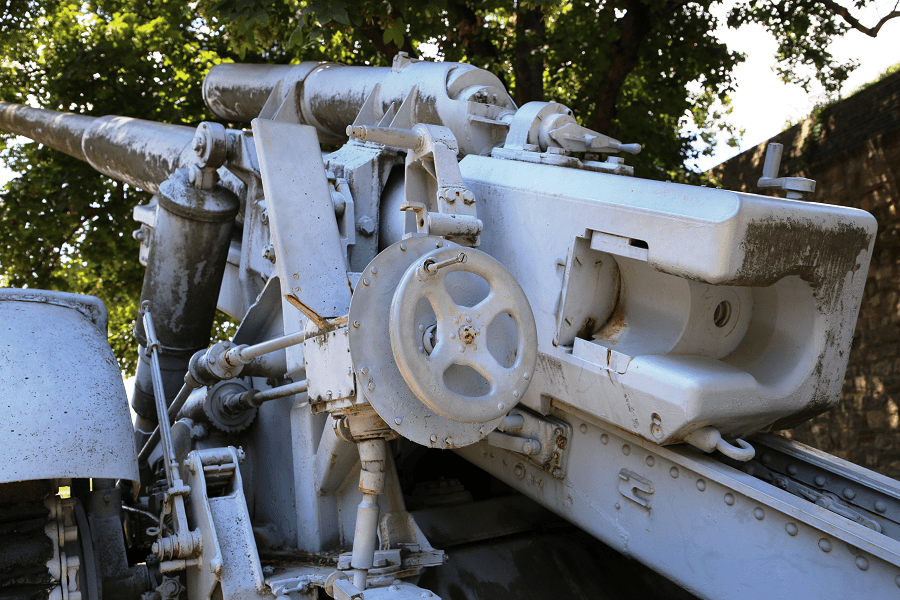 The outer exhibition of the military equipment is free.

The Military Museum is located inside the walls of the historic Belgrade Fortress, situated at the confluence of the Sava and Danube rivers. The Belgrade Fortress is located within a popular park known as the Kalemegdan Park, near the center of the city. 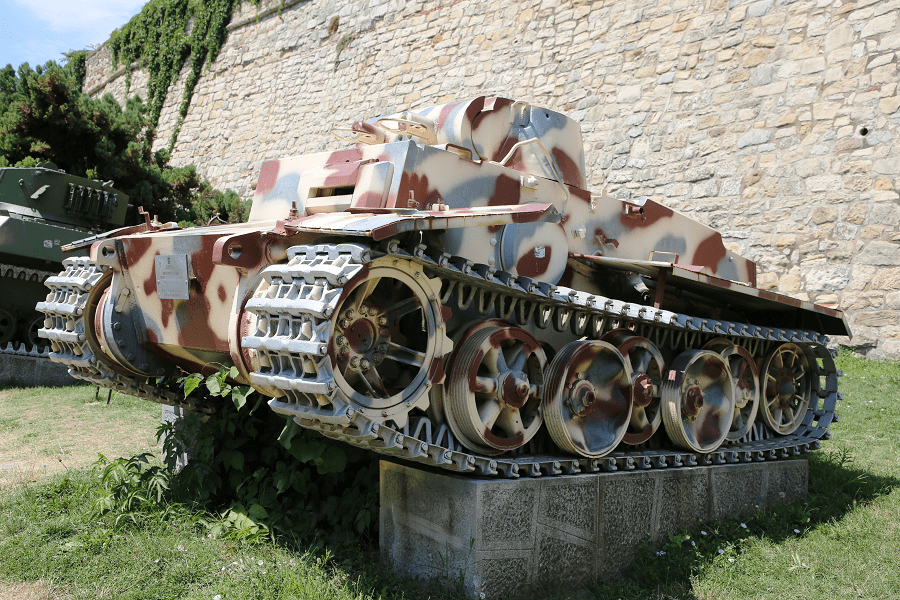 OPENING HOURS OF THE MILITARY MUSEUM

The permanent display is opened each day, except Monday, from 10 a.m. to 5 p.m. The last sale of tickets is in 4 p.m. 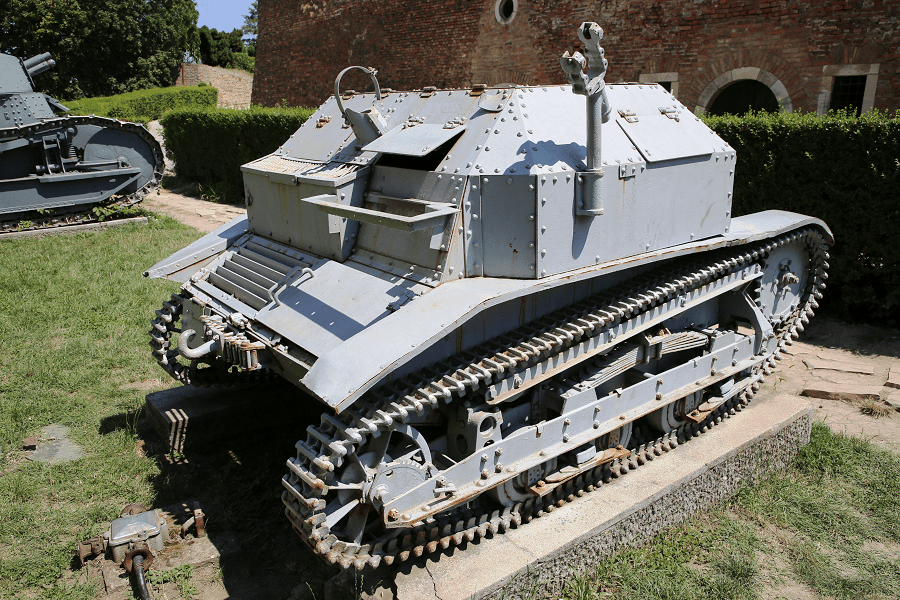 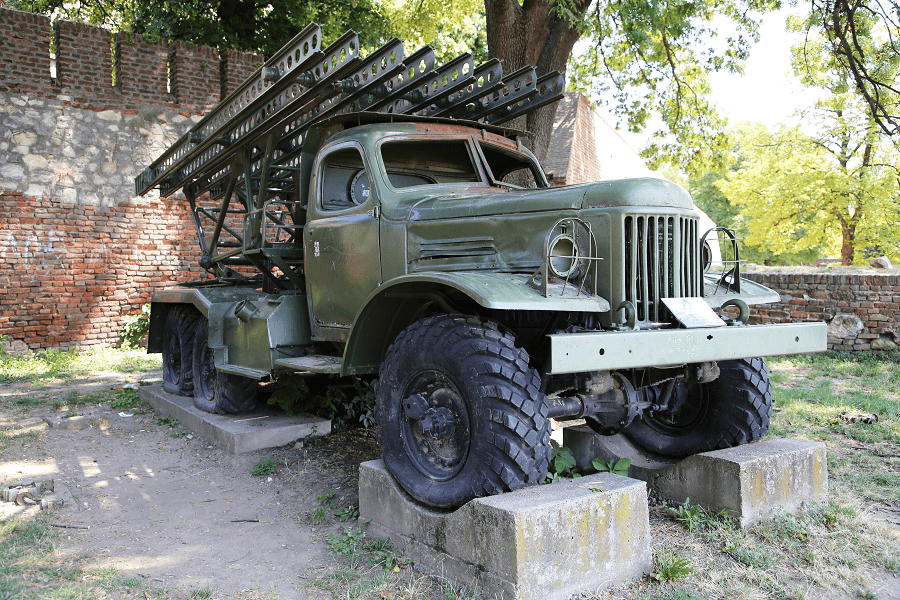 Professional guidance through the permanent display: 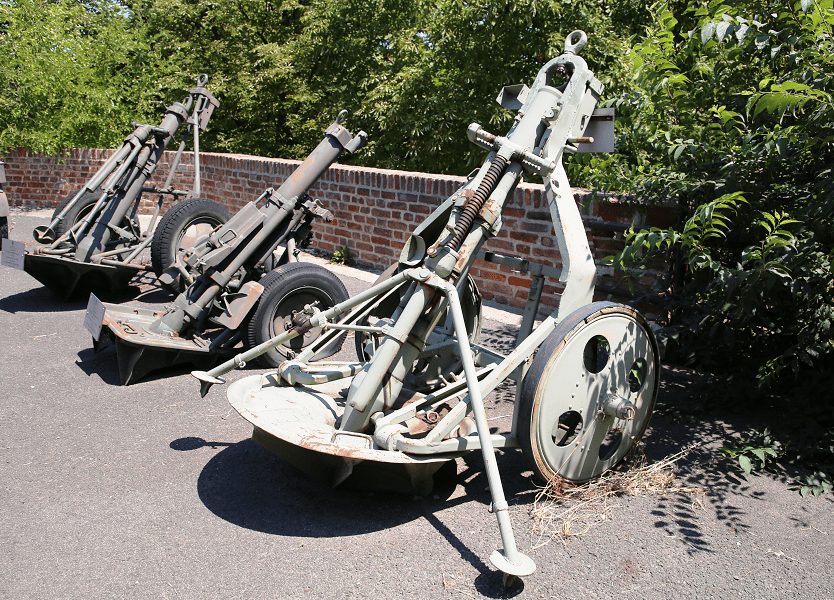 The military museum is situated within the Belgrade fortress’s area, that is one of the most recognizable tourist marks in Belgrade.

City bus lines,that can take you to the Belgrade fortress are:

Tram No 2 and 11. Kalemegdan park station. 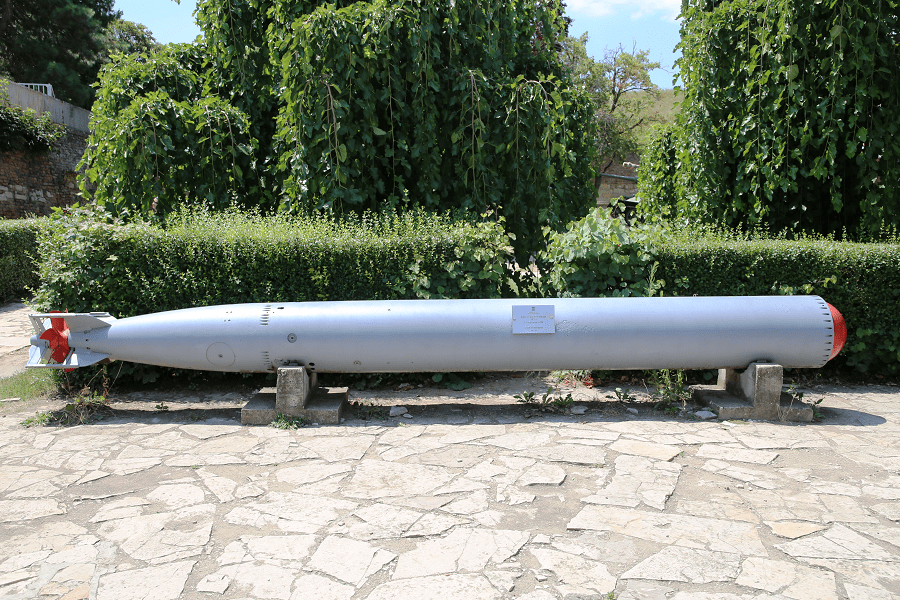 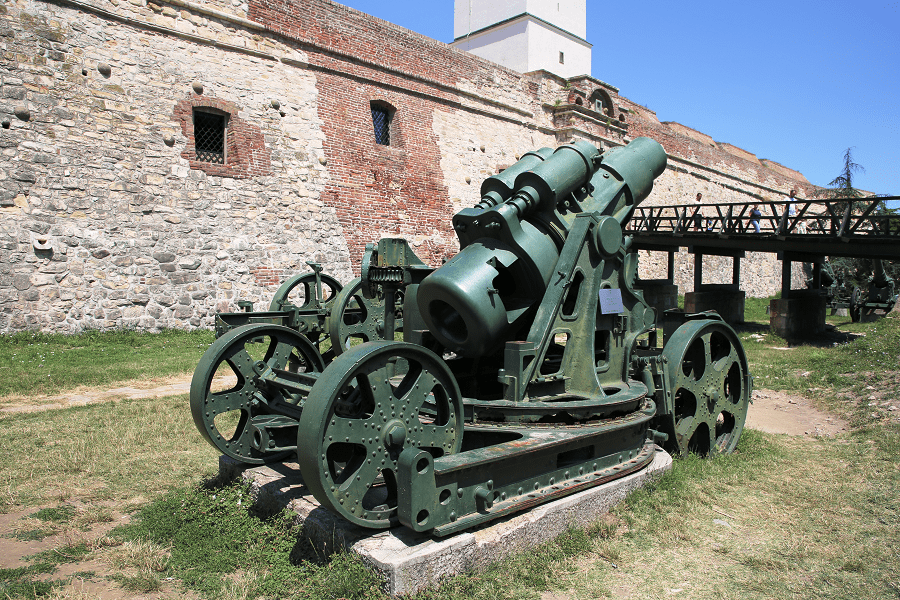 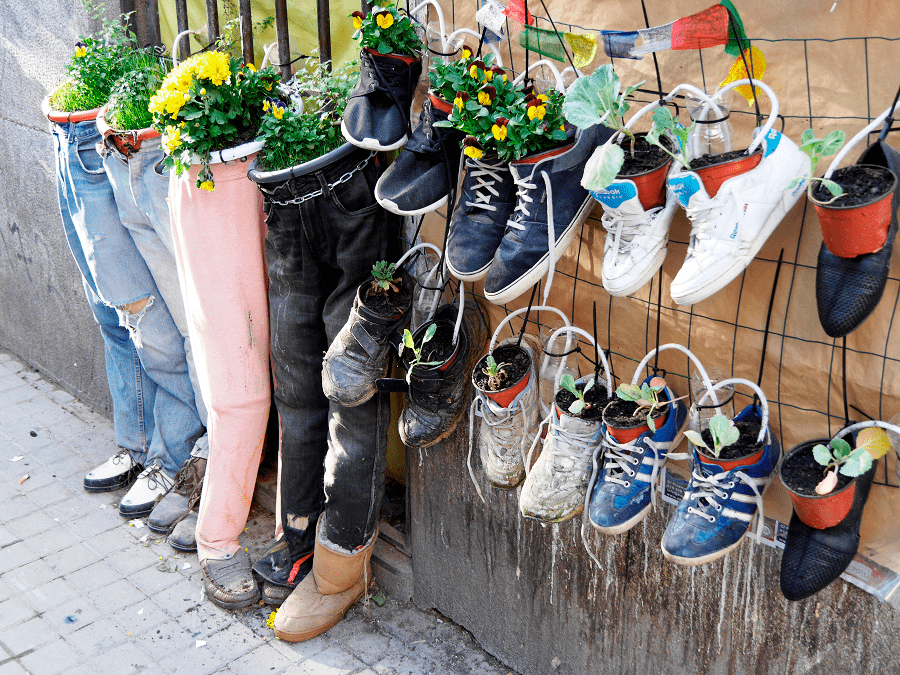