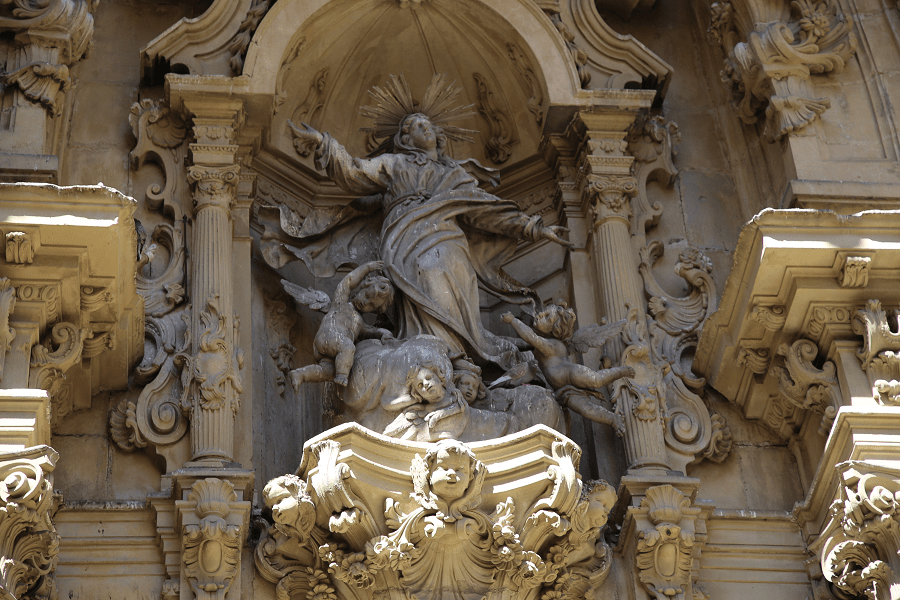 The history of San Sebastian city

The main evidence of a human presence in this region is the Ametzagaña settlement, located between San Sebastian’s South Intxaurrondo district and the Astigarraga municipality. As a result of archaeological excavations, carved stones were found, used as knives for leather cutting, which date back to the period from 24,000 to 22,000 years BC. Artifacts from the Upper Paleolithic period indicate that the settlers were hunters living in a much colder climate than now.

In Roman times, Donostia was probably located in the territory where the Vardul tribe lived. It is believed that their language is related to Basque – it was a kind of Gipuzkoa dialect of the Basque language. 10 km east of the current city was the Basque Roman city of Oiasso (Irun), which for a long time was incorrectly identified with San Sebastian.

After a long absence of references to the city in historical evidence, the following event was recorded in 1014: the San Sebastian monastery (along with the apple orchards used to produce cider) located in the city of Hernani was donated by King Sancho III of Navarre to the Abbey of Leyre. In 1181, King Sancho VI the Wise gave a code of laws that had jurisdiction over the entire territory between the rivers Oria and Bidasoa.

In 1200, the Castilians conquered Donostia, their king Alfonso VIII approved the charter of the city (fuero), while the Kingdom of Navarra lost its main direct access to the sea. Probably, by 1204, the city’s central part near Mount Urgull began to fill with Gascons from Bayonne and its environs, leaving an important imprint on the appearance and character of the city over the next centuries.

In 1265, the kingdom of Navarre was granted the right to use San Sebastian as a port. A lot of Gascons lived in the city, thanks to which trade with other ports of Europe and the Gascony itself was developing actively.

San Sebastian escaped the destructive War of the Bands that erupted in Gipuzkoa in the 14-15th centuries – it became the only city in the province that succeeded. By the beginning of the 15th century, Donostia was surrounded by simple defensive walls, and until the 16th century, the city managed to stay away from wars. But San Sebastian was not saved from the devastating fire of 1489 – the city burned to the ground. They began to restore the city using stone instead of timber.

The Modern Age that followed the Middle Ages brought Donostia a period of instability and war. The city was located very close to France according to the new state borders. San Sebastian was surrounded by new, more powerful and complex walls, and the city was drawn into the military campaigns of 1521-1524, which were part of the Spanish conquest of the Kingdom of Navarra.

San Sebastian provided the critical naval help to Emperor Charles V of Habsburg during the siege of Fuenterrabia, earning himself the title “Muy Noble y Muy Leal” (“Very Noble and Very Faithful”), inscribed on the coat of arms of the city. The city more than once helped the monarch by sending its soldiers to the Battle of Noain and helping to suppress the Revolt of the Comuneros in 1521.

The Gascons began to be removed from influential public posts with the support of the king after all these events; they made a great contribution to Donostia’s economic development from the very beginning of the city’s foundation.

War, ruin, and disease brought San Sebastian to such a deplorable state that many fishermen and merchants were forced to go to corsairs in order to survive. Pirate activity often had the tacit support of King Philip II of Spain, who benefited greatly from the looting of Dutch and French ships.

In 1656, during the marriage between Maria Theresa of Spain and Louis XIV in Saint-Jean-de-Luz, San Sebastian served as a temporary royal residence. The 17th century passed rather peacefully for the city, after which Donostia was besieged by French troops led by the Duke of Berwick, which lasted until 1721. San Sebastian was not spared during the French shelling; many previously destroyed city structures were reconstructed subsequently. Plaza Berria was among them. It was reopened in the city center (now it is Constitution Square – Konstituzio Plaza).

In 1728, the Royal Gipuzkoan Company of Caracas (Compañía Guipuzcoana de Caracas) was founded in Donostia, thanks to which active trade with America began. Part of the company’s revenue was allocated to a series of urban reforms and improvements; a new church of Santa Maria was erected through donations. This period of wealth and city development lasted until the end of the 18th century.

In 1808, the Napoleonic army captured San Sebastian during the Iberian Wars. Since the city was located on a prominent narrow cape in the sea and on the other by the Urumea River, it was almost impregnable. August 28th, 1813, at night, after a weeks-long siege, the Royal British Navy landing force captured the island of Santa Clara.

Three days later, the armies of Britain and Portugal, besieging Donostia, went on an assault on the city. The attackers plundered the city and burned it almost to the ground, causing harm to many women and killing thousands of civilians. The city burned for seven days and only a few buildings survived. Most of the city burned to the ground – 600 houses, City Hall, and the State Archive. The only one street at the foot of the mountain remained (it is called August 31st street now). British Army General Wellington refused categorically to comply with city council requests for material assistance to affected residents, denying his troops’ participation in the city’s looting and burning. In November 1813, the city council organized a people’s court “on the brutal behavior shown by the British and Portuguese troops.” San Sebastian residents commemorate this tragedy with a massive candlelight show every year on August 31st.

After such devastating events, San Sebastian underwent another period of reconstruction, in which the city’s layout was changed slightly. Center – Old Town – was built in the strict neoclassicism style. In 1817, Constitution Square was erected, and between 1828 and 1832 – the city hall (the library is located in this building now). Residential development has been ongoing for several decades.

Until 1823, the liberal and bourgeois San Sebastian became the capital of the Gipuzkoa province, until the absolutists attacked the city again. The capital status was returned to the city only in 1854.

In 1833, British volunteers led by Sir George de Lacy Evans defended San Sebastian from Carlist attacks; the British soldiers who fell in that battle were buried in the “English Cemetery” on Mount Urgull.

The old fortress walls were demolished in 1863 (their remains can still be seen in the underground parking lot under Alameda del Boulevard) and attempts were made to expand the city, developing it peacefully and abandoning its military functions.

Architects José Goicoa and Ramon Cortazar lead the city’s expansion. The new urban layout was based on the orthogonal shape of Paris in the neoclassical style. The first new architectural structures were Miramar Palace and La Concha Embankment. Subsequently, the Spanish nobility and the diplomatic corps founded summer residences in Donostia.

As wave tides in La Concha prevented the development of the shipbuilding industry, the shipyards moved to Pasaia, a nearby bay which was formerly part of San Sebastian.

However, Carlists shelling pretty much destroyed the city again in 1875. Then the famous Basque poet and singer (bertsolari) Bilintx died from a rupture.

In 1887, the Casino was built in Donostia (Grand Casino), and a little later – the Palacio de la Diputacion (regional government) building on Gipuzkoa Square, designed by Jose Goicoa. This period saw the heyday of the city’s cultural life, the strengthening of Basque traditions, and the support of national holidays and festivals such as Caldereros or Tamborrada. After much urban debate about choosing their direction of development – tourism or production, San Sebastian still decided to develop as a full-fledged seaside resort, but at the same time, some industrial enterprises still remained on the outskirts of the city and in the Antiguo area.

After the outbreak of World War I, Donostia became a fairly popular city among the political and cultural elite. Prominent figures such as Mata Hari, Leon Trotsky, Maurice Ravel, Alvaro de Figueroa y Torres, and others began to come here.

In 1937, the province of Gipuzkoa fell to the Spanish nationalists during the Northern Civil War campaign in Spain. Since 1936, 485 people have been victims of the regime, including the mayor. All were sentenced to death as a result of fictitious trials by Spanish nationalists. The city lost between 40 to 50 thousand inhabitants for the entire occupation period; many children were transported to Bilbao.

In the post-war period, poverty and hunger reigned in the city, and aggravated by constant repression, smuggling flourished. However, the city continued to develop in industrial terms, due to which new districts appeared and built up in the 40-50s, for example, Egia and Amara Berri.

In 1953, the first International Film Festival was held by local entrepreneurs in Donostia whose main goal was to stimulate the city’s economic life and maintain its international status.

San Sebastian’s population grew gradually in subsequent years, mainly due to the massive migration of people from different parts of Spain, caused by growing industrial production. In this regard, the city’s outskirts were built up quickly and very chaotically. At the same time, because of social inequality, many different cultural traditions, as well as political disagreements among the population, discontent often flared up. An atmosphere of protest was created in which people went to rallies and demonstrations sanctioned by Basque nationalists and other illegal associations. All this led to a state of emergency in the province of Gipuzkoa in 1968. The state of emergency was introduced a few more times by the Franco authorities shortly before the death of dictator Franco in 1975.

Amid the fragile economic situation and speculation in the real estate market, the iconic Kursaal and Chofre buildings in the Gros area were demolished in 1973. Around the same time, the sculptor Eduardo Chillida and the architect Luis Peña Ganchegi erected the important monument “The Comb of the Winds” in the western part of La Concha Bay (1975-1977).

Political unrest with violence continued in San Sebastian in the 70s and 80s. In 1979, the first democratic municipal elections were held in Donostia, won by the Basque Nationalist Party, whose members, along with representatives of the Basque Solidarity splinter party, held leading government posts until 1991.

In the 90s, a major revision of the central part of San Sebastian was carried out, and as a result, it was decided to expand and reconstruct the center, taking the presented neoclassical and modernist architecture of the city as a basis. The beach and Zurriola promenade were also modernized, the Kursaal Congress Palace was opened in 1999, a new university campus in the Ibaeta area was established, a network of bike paths, underground parking lots were created, and public transport significantly improved. Along with this, the most advanced design areas were built – Ibaeta and Riberas de Loiola. Unfortunately, some renovation projects were frozen temporarily due to financial instability.