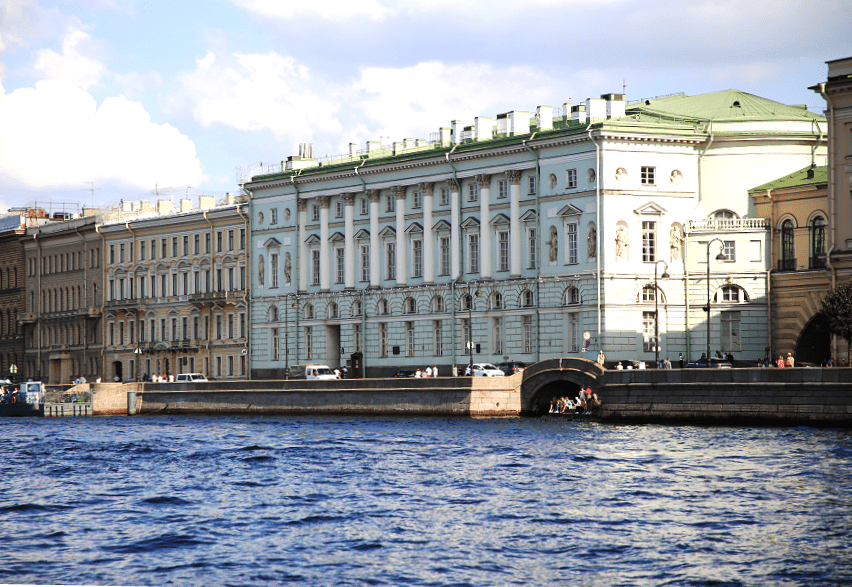 The Hermitage Theater is a theater building in St. Petersburg, built in 1783-1787 (the facade was completed in 1802) according to the project of the Italian architect Giacomo Quarenghi.

The building is located on the site of the Winter Palace, at the corner of Palace Embankment (house number 32) and the Winter Canal. It completes the complex of buildings stretching along the Neva River and connected by arches and passages into one whole with the Winter Palace.

The Hermitage Theater played a significant role in the development of Russian theatrical and musical culture at the end of the 18th century. Many opera, ballet and drama performances, including plays written by the Empress, were staged at the theatre. Masquerades and balls were held in this building, amateur performances were played. 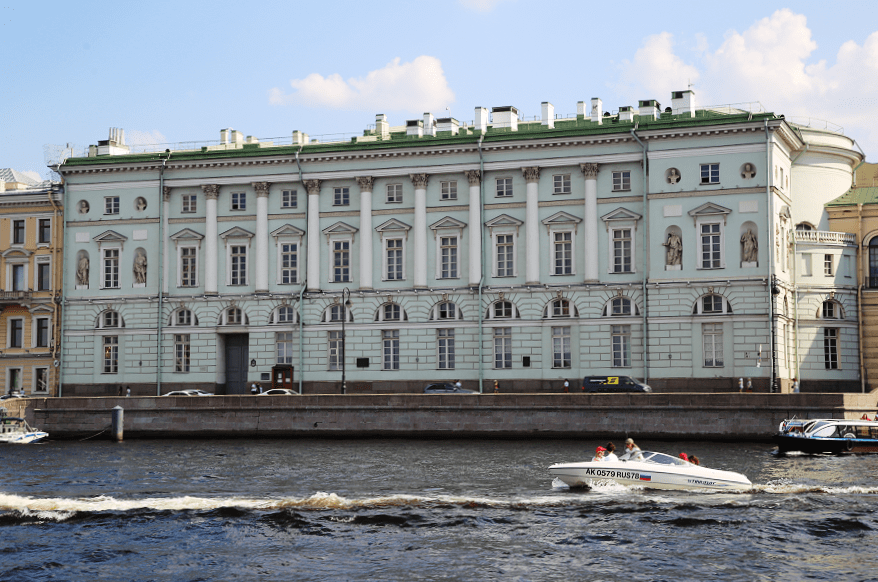 Mathilde Kschessinska, Anna Pavlova, and Fyodor Chaliapin were among the great artists who performed at the Hermitage Theatre for the last Russian tsar. Among the ballets performed there was the premiere of Marius Petipa’s Harlequinade, in 1900. The Bolsheviks closed the theatre and utilised the building for administrative purposes. It was not until 1991 that performances were resumed on this stage, with the likes of Svyatoslav Richter, Mstislav Rostropovich and Yelena Obraztsova appearing as guest stars.