The head of unit at the External Resources Department at the International Committee of the Red Cross Benno Kocher visited Andorra • All PYRENEES · France, Spain, Andorra 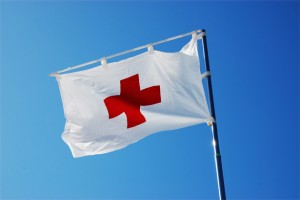 The head of unit at the External Resources Department at the International Committee of the Red Cross (ICRC) Benno Kocher visited Andorra and had a meeting with the ninister of foreign affairs of Andorra Gilbern Saboya.

The International Committee of the Red Cross (ICRC) is a humanitarian institution based in Geneva, Switzerland. State parties (signatories) to the four Geneva Conventions of 1949 and their Additional Protocols of 1977 (Protocol I, Protocol II) and 2005 have given the ICRC a mandate to protect victims of international and internal armed conflicts. Such victims include war wounded, prisoners, refugees, civilians, and other non-combatants.

Benno Kocher stated that the Red Cross evaluated the effectiveness of cooperation between the ICRC and the government of Andorra. The cooperation agreement was signed between the parties in 2012 and extended in September 2015 for another 4 years. The agreement provides the financing and the allocation of Andorra’s humanitarian assistance in the form of contributions of 40,000 euros annually.

Recently, according to Benno Kocher, the ICRC’s work has been focused in Central Asia, also in Africa and South America. The last several years – in Syria in the conflict zone. In this regard, Benno Kocher and Gilbert Saboya agreed to work together to help refugees.