The head of the government of Andorra Antoni Martí met the Ambassador of Israel in Andorra Daniel Kutner • All PYRENEES · France, Spain, Andorra 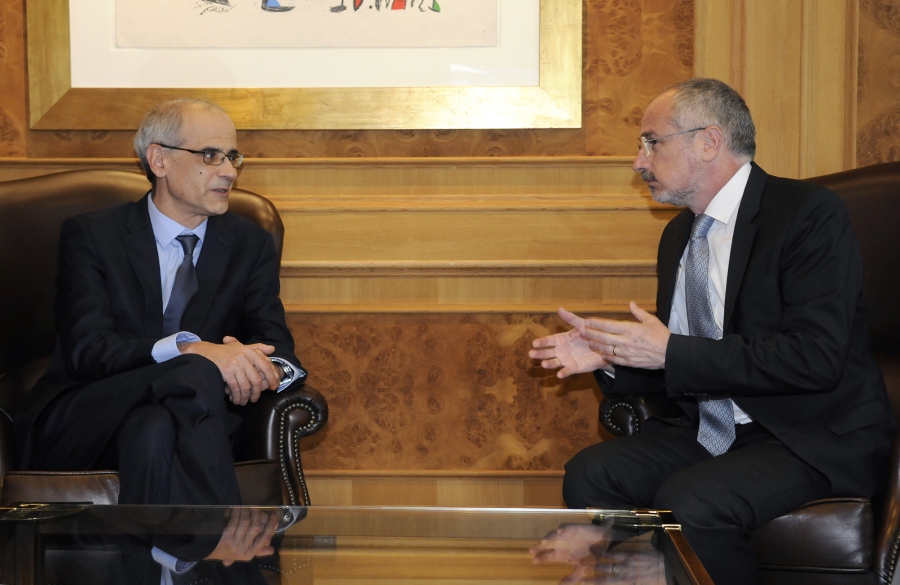 The head of the government of Andorra Antoni Martí met the Ambassador of Israel in Andorra Daniel Kutner. It was the first official visit of the Israeli ambassador to Andorra, reported the Andorran government. During the meeting, Antoni Martí and Daniel Kutner noted the friendliness and prospects of the relations between the two countries.

Then the Israeli Ambassador held a working meeting with the minister of foreign Affairs of Andorra Gilbert Saboya- The parties exchanged views on issues concerning the development of trade-economic cooperation and tourism between the Principality of Andorra and Israel.

During the meeting the parties expressed the the idea of organizing of a conference with business representatives of the two countries for further development of the dialogue between the business community of Israel and its partners in Andorra.