The government of Andorra announced the Carlemany award for the promotion of Catalan language • All PYRENEES · France, Spain, Andorra 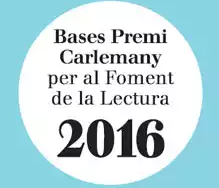 The government of Andorra announced the Carlemany award for the promotion of Catalan language. This award may be given for a literary work no less than 120 pages of A4 (single side print). The prize fund is 10,000 euros. The book that got the award will be published, reports the Government.

The works must be submitted no later than June 20, 2016. The winner will be announced in November of 2016, at the same time the award ceremony of the author will take place. The book presentation will take place during may of 2017.

Submissions will be accepted at the following address: Av. Diagonal 662-664. 08034 Barcelona or by e-mail: [email protected] (word or PDF formats).