The General Council (the Parliament) elections will take place in Andorra on 1st of March • All PYRENEES · France, Spain, Andorra 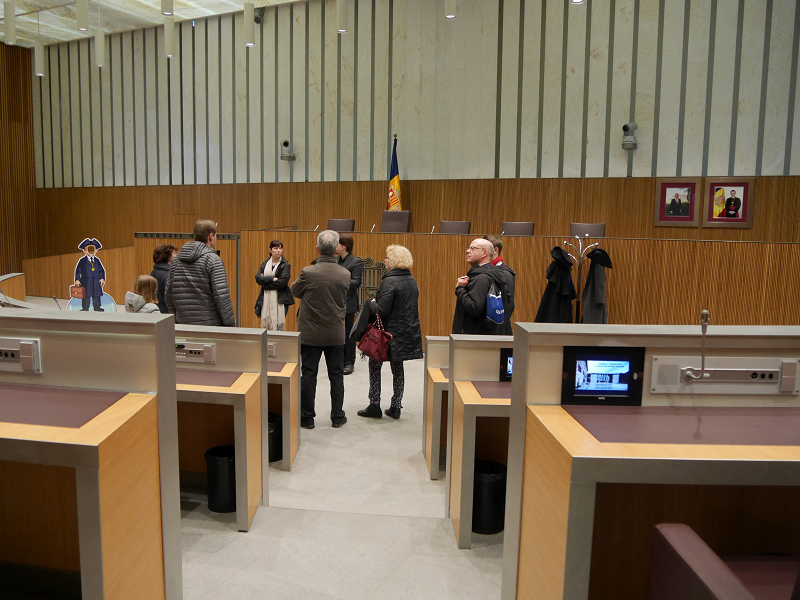 The official bulletin of the Principality of Andorra published the information about dissolution of the General Council (the Parliament) and settled the date of the election. The election will take place on 1st of March, 2015. Polling places will be open on Sunday (1st of March) from 10:00 till 19:00. Fixed dates of the election campaign are also set. It will start on February 15 at 12:00 and will lasts till February 27 at 24:00. The document was signed by the Prime Minister of Andorra Antoni Marti, Co-Princes Joan Enric Vives Sicília and François Hollande. The bulletin also published an application period. Elective Andorran citizens will be able to represent their candidates.

Meanwhile, before the dissolution, the General Council voted for the draft budget 2015. Discussion of the main financial document was a subject of a much controversy. Most of the General Council members are convinced that the Budget-2015 will finish the strategy consolidation that heads for international economic openness. At the same time opposition claims that economic indicators are not showing any characteristics of economic recovery after the crisis. They also say about the progression of social inequality.

The Minister of Finances Jordi Cinca, who attended the discussion of the Budget-2015, stressed that the government actions has to «stay careful» and to keep the direction of economic reforms. He also added that after the introduction of a new tax model the budget of Andorra decreased its deficit part and depends less on tax payments of petroleum and excise duties on tobacco now. The government plans to use additional profit for raising the pension for civil servants.

In his turn, chairman of social-democratic parliamentary group David Rios said that the Budget-2015 is only a reflection of a political model, which he called «improvisation». He also criticized the new road construction investments, mentioning that it is not a priority for Andorra.

During the last day of their work, members of the General Council also sign into the law about vehicles. It allows to rent a car with a driver. But, social-democrats tried to hold up legislation of this law, because they were worried that this new service will inflict harm to the taxi segment. They offered to create a «luxe» taxi with the same features as an alternative. Besides, members of the General Council voted solid for a passage of the law against gender violence. The Minister of Health and Welfare Cristina Rodriguez stressed that it is an «important and necessary step for protection of people suffering from this type of violence». She suggested holding awareness building campaign in this field of a problem and additional financing.