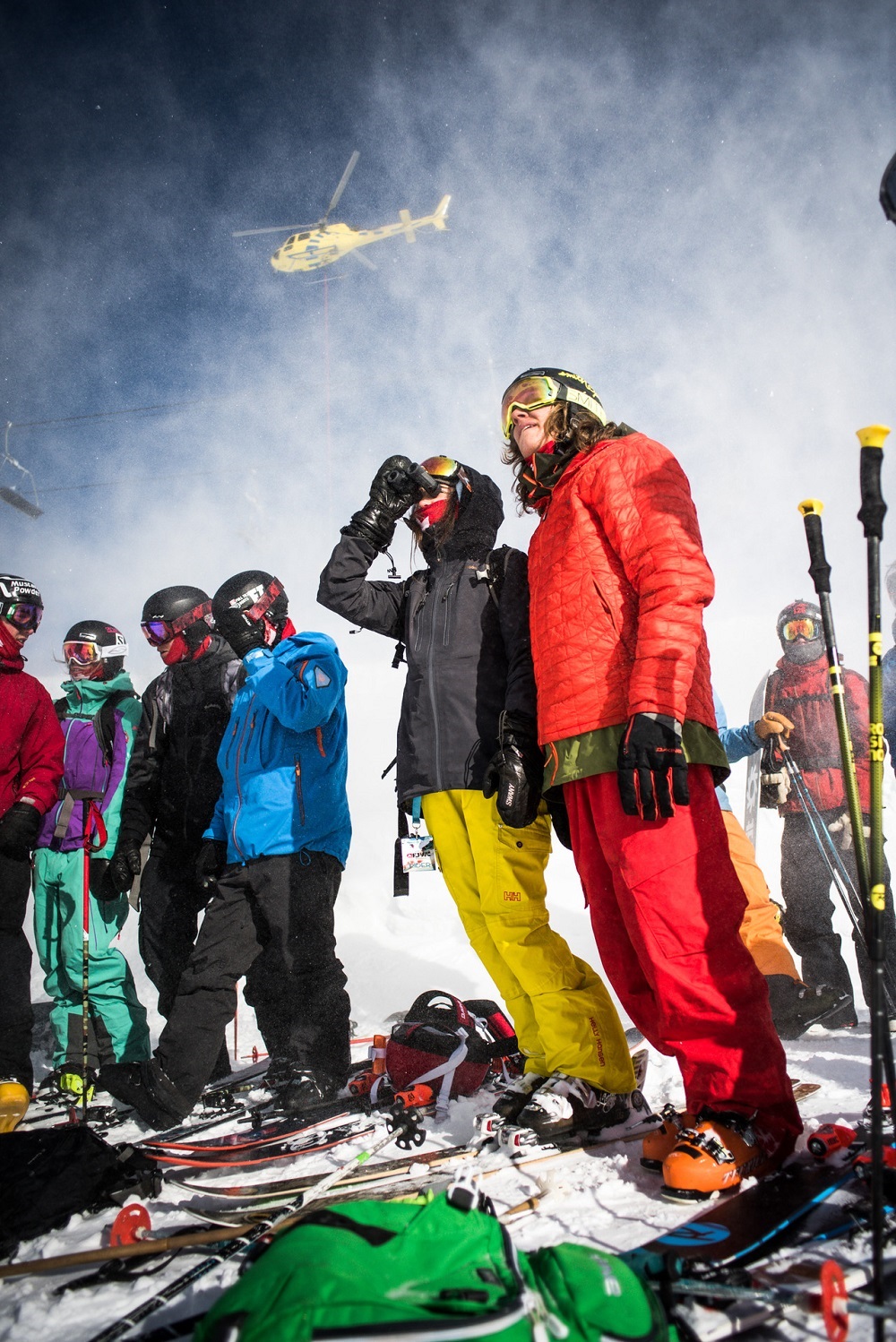 The Freeride Junior World Championships (FJWC) took place in Andorra on February 8, 2015. The venue was a south-west slope of Pic Alt Del Cubil mountain that located at the center of Grandvalira ski resort. Height of the mountain is approximately 2.4 thousand meters.

Sportsmen were being waited by journalists and television reporters at the finish area. Every participant had an opportunity to tell in live broadcasting about feelings they had just experienced.

To follow the on-line course of competition events was possible at every Grandvalira ski center, where giant displays had been set up.

The broadcasting was a helicopter survey that lasted for five hours while the helicopter was circling over the top of the mountain.

It was a quite windy at the top of the mountain. Participants of the competition were preparing for their performances without hiding their thrill. This international championship was a debut for some of the young sportsmen.

28 men participated as alpine skiers in the championship. The winner is an athlete from France Arthur Raskin, who gained 87 points. The second place took Luke Smith from Switzerland, who gained 83 points. Viсtor Pouvel from France came third. He started the last and finished with 79.75 points.

Sportsman from Russia Andrey Fedotov, who will turn 17 in a few days, came 25th with 30.25 points. «I have been skiing since I was 4 years old. I was sensible of a great responsibility and was a bit nervous, because it is my first international competition and I am the only athlete who represents Russia. When I was on the top of the mountain, I was thinking, that I ought to do it as best as possible and I did what I could» – said Andrey.

Alpine skier from Canada Liam Peiffer made a breathtaking flip, but could not hold up. He needed few seconds to get out of snow. At the finish area he was joking that he went wrong.

Average time of schussing – less than 2 minutes. Angle of descent in upper segment – 40 degrees. Amount of points gained depends on difficulty level of descent of the mountain that, in its turn, depends on selected trajectory number of flips and method of their execution.

First prize winner among women is seventeen-year old Jacqueline Pollard from USA with 82.25 points. Second best is an athlete from Norway Synnove Medhus, who gained 77.75 points. The third finished Illone Carlod from France with 76.25. 13 sportswomen participated in the competition.