The exhibition "Mountain Vines" during the 40th anniversary of the Andorra la Vella Fair opened • All PYRENEES · France, Spain, Andorra 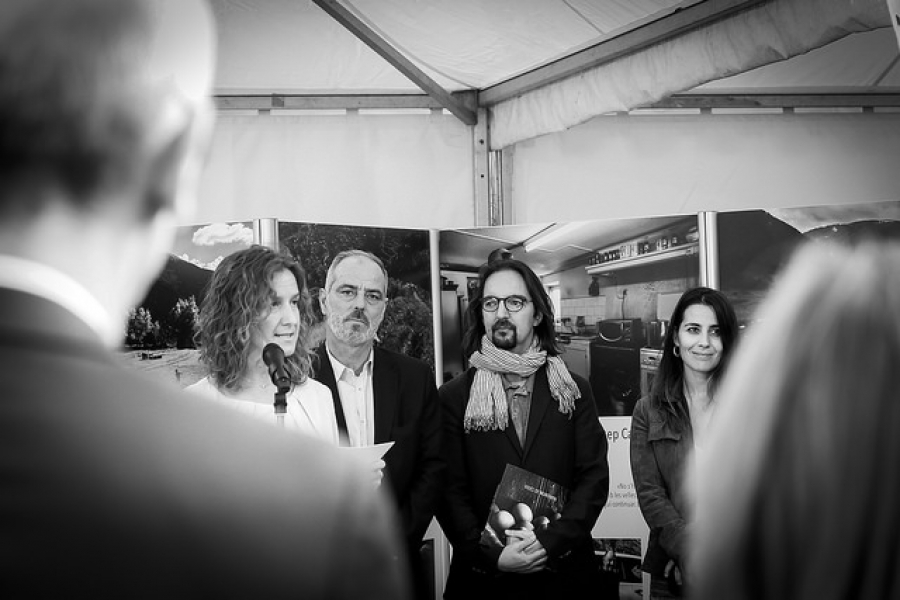 The Minister of the Environment, Agriculture and Sustainability, Sílvia Calvó, inaugurated, this Friday, the exhibition “Mountain Vines” during the 40th anniversary of the Andorra la Vella Fair. The exhibition highlights the effort and dedication of the country’s livestock farmers, with photographs that show the daily life of 47 livestock farms. In addition, it emphasizes the role of agriculture and livestock in the conservation of the landscape, in the prevention of natural risks and in safeguarding a part of our culture and values.

The cattle fair in Andorra la Vella celebrates its 40th year and to emphasize the origin of the fair, the Department of Agriculture organized the exhibition. Mountain Lives collected about 150 images from the photographer Natàlia Montané, obtained during a whole year of work and can be seen during the three days of the fair in one of the exterior spaces annexed to the fairground.

The Minister acknowledged the difficulties of agricultural and livestock activities in the country, as well as the pending ones such as the long winter and the small meadows and beams. However, she also said that mountain areas still need more agriculture and livestock for the preservation of the landscape, for the prevention of natural disasters and for the transmission of the strong bond it maintains with our territory and with nature.

Calvó pointed out that in order to face the future with guarantees, we must not forget our origins, and that the primary sector is one of the best references to remind us of the foundations of Andorran society. She added that we must move towards diversified mountain farming and respect the principles of sustainable development, giving special attention to the quality of products, the welfare of animals and the maintenance of our resources and territory.

The inauguration also included the president of the Association of Farmers and Livestock, Xavier Coma, and the Director of Agriculture, Landry Riba. As guests (in addition to the authorities headed by the Head of Government, Antoni Martí, and the mayor of Andorra la Vella, Conxita Marsol) a large number of farmers attended who had participated in the photography project.