The contest was quite difficult, the participants could not relax even for a minute, says the director of Andorra SKIMO, Joan Turne • All PYRENEES · France, Spain, Andorra 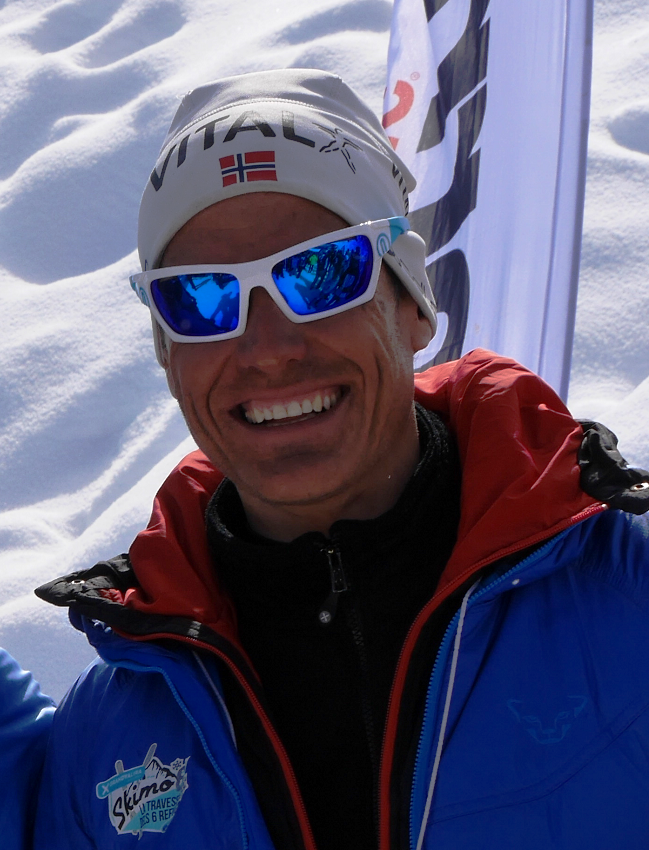 Andorra SKIMO is one of the most important sporting events in the country. This year, being the fourth competition that was held, the idea was to get around Andorra via the mountain tops in the winter on skis and enjoy the amazing views. Joan Turne is the competition director. Every year, the organizers offer something new, and every year the number of participants – sportsmen and amateurs who are in love with ski mountaineering – increases. After the contest, Joan told all-andorra.com about his impressions and shared his plans for the future.

all-andorra.com is the information partner of the competition.

How many people took part in this year’s competition?

This year almost 900 participants were registered. When we started four years ago, there were only 450 people. Thus, during this time the number of participants has doubled.

That is, in another 4 years there will be just under 2000 applicants? Do you expect this development to happen and are you ready for that?

I think 900 people is the limit. For the moment it doesn’t make sense to increase the number of participants. We want to provide quality, not quantity. And we want to focus on polishing up the little things and making the race even more enjoyable.

Every year you come up with something new. Last year, for the first time, the two-day SKIMO10 race was organized, this year there were two new courses – SKIMO4 and SKIMO2 (competition for teenagers and young sportspeople). How much was it needed for young people?

This year 45 young people took part in the competition, the minimum age was 14.

I talked to some participants. They say that it was very difficult, mainly because of the quality of the snow. In some places, the snow had almost melted so many stones were exposed and the slopes were particularly difficult. Do you think it was completely safe?

This year the weather conditions are really special. Recently, there have been too many warm and sunny days. The quality of the snow has changed a lot over the past week. And even this morning we were forced to change the trajectory of the descent in some places. Therefore, indeed, for the participants, the descent was more difficult than the ascent. Although usually, the opposite is true. Competitors could not relax even for a minute. They had to be extremely concentrated during the descent. In general, in terms of the competition, winter is always much more difficult than summer.

Were there any professionals among the participants?

Yes, we had professional skiers from the Federation of Alpine Sports of France (la Fédération francaise de la montagne), the Federation of Mountain Sports and Rock Climbing of Spain (Federación Española de Deportes de Montaña y Escalada) and from the Andorra Mountain Sports Federation (Federació Andorrana de Muntanyisme). Among the participants were students of the Sports University of France STAPS Font-Romeu. But most of the participants are just fans of the sport.

Next year will you offer something new again? Maybe a competition for beginners which could be less difficult in terms of the technical aspects?

There are many people who want to participate in the competition but do not have the level needed. This year there were many adults who asked if they could take part in the SKIMO2 for young people. I think that next year we will give them that opportunity. But in any case, even if it is a race for young people it is not at all easy! There are two ascents and two descents – both quite complicated. Because of that, you must train well to be able to participate.

If you compare, for example, SKIMO10 with Pierra Menta’s grand ski mountaineering race, what can you say about the competitions in Andorra in terms of difficulty and technique?

Many years ago I participated in many SKIMO competitions in Spain and France. I try to take a little from each race and create the best one. The one I especially liked is in Andorra!