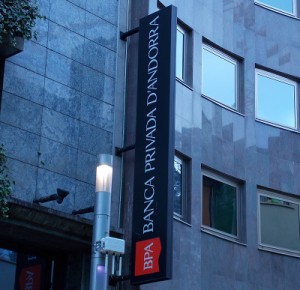 “The clients of Banca Privada d’Andorra (BPA) shouldn’t suffer from the carried-out restructuring of bank”, said the chairman of the board of directors of the State agency of Andorra on restructuring of banks (L’Agència Estatal de Resolució d’Entitats Bancàries, AREB) Albert Hinojosa following the results of meeting of board of directors of agency.

The main objective, according to him, – to secure with trust of investors to new financial structure which will be created on end of the analysis of assets and liabilities of a bank, and its subsequent sale. According to the chairman of the board of directors, the new bank has to have “the new policy of management and new team which is at the head”.

“The surgery on separating of the infected accounts needs to be carried out with a big accuracy, the new structure has to be reliable and steady. This is the only way to get attention of potential buyers”, he noted. The number of the acting employees of BPA who will keep the workplaces in new structure, will depend on the size of the new created legal entity. The question of the amount of compensation to employees who will lose the work in bank, remains not solved so far. At the same time, participants of meeting noted that AREB  is a public state institution which must protect the rights of all parties equally — both shareholders, clients and the staff of bank.

The decision on sale of BPA, as expected, will be made until the end of 2015. Negotiations with potential buyers have already begun. They are carried out by the Key Capital Partners company (Great Britain).

Now solvency of BPA is still much lower than the established standards, members of AREB note.