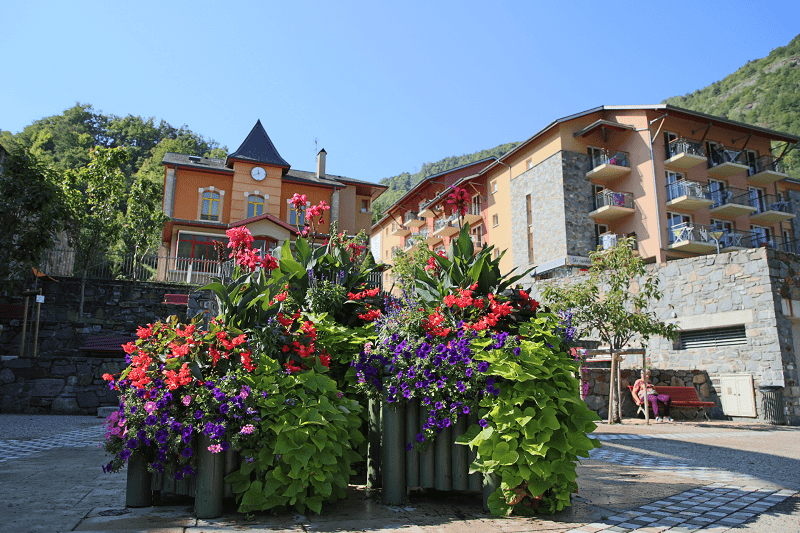 Ax-les-Thermes is a city in the south of France (Ariege department, French Pyrenees), located at an altitude of 720-740 m above sea level.

The city is located at the intersection of three valleys – La vallée de la Lauze, l’Oriège and l’Ariège. This location makes it ideal for hiking – both in winter and summer. 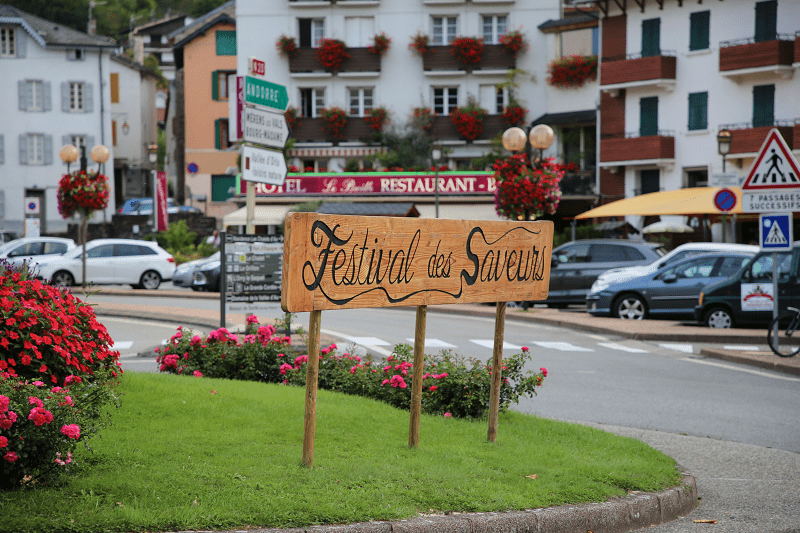 In the 1900s, in connection with the construction of the railway, this city became a real tourist destination. Why? There are several reasons for this.

Tourism, sights and what to do?

In 1956, a ski resort was opened here covering about 75 km of slopes (red and mostly black). There are three ski areas in Ax: the first mainly contains beginners slopes, the second is the zone for children (at the very bottom and at the very top). And, finally, a zone for free-riders. 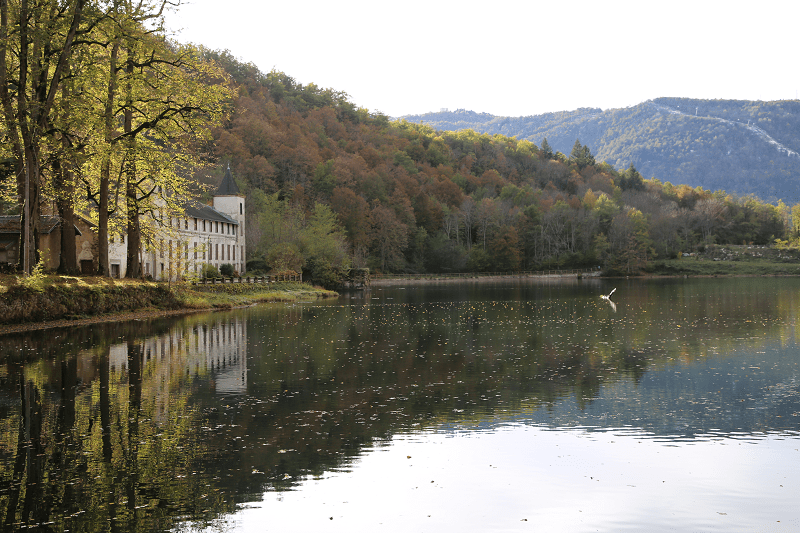 The lifts in Ax-les-Thermes operate all year round and allow you to do mountain biking in spring, summer and autumn. In addition, for hikers and lovers of hiking, new mountain routes opened in 2017.

For lovers of summer sports: near the city center there are several tennis courts and mini golf centres.

However, the main attraction of the city is its hot springs; the hottest spa in the Pyrenees. The temperature of the sources reach 76-78 degrees Celsius. They are rich in silicon dioxide, sodium and especially hydrogen sulfide. Sulfur produces a peculiar and distinctive odor. See here more details 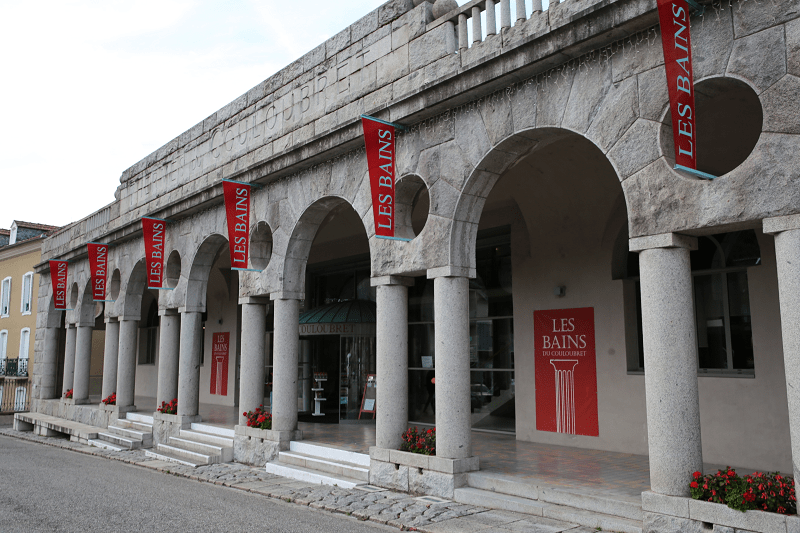 Next to Ax-les-Thermes is the 708.32 hectare state forest park. This is a natural area of ecological, faunistic and floristic interest (Zone naturelle d’intérêt écologique, faunistique et floristique, ZNIEFF). You can spot wild boars, marmots and martens, the bearded man (a bird from the family of hawks), wood grouse and black woodpeckers.

Less than 10 km from Ax-les-Thermes is the national park of Orlu, which covers an area of 4000 hectares. The wood-grouse, the golden eagle and the gray partridge are found here.

The highlight of Ax-les-Thermes is the presence of fountains with thermal water – for example, the Fontaine des Neiges, Coustou, Couzillou, Canon, and the pool Le Bassin de L’Axéenne. In essence, these are big foot baths. They opened in 2016 at Place Saint-Jérôme, next to the Saint-Jérôme d’Ax-les-Thermes church and face the main shopping street and are intended for the general public. 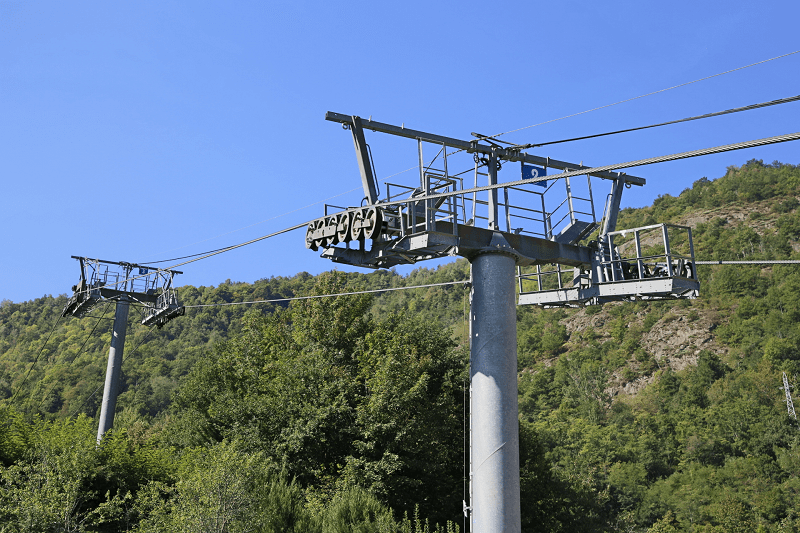 A few words about the church. The first stone was laid on April 24, 1607 – in the year of the foundation of the brotherhood of the blue penitent sinners. The brotherhood of repentant sinners arose in Genoa in the fourteenth century. A century later, they appeared in the cities of Provence. Brotherhoods united Catholic parishioners, who differed in the color of their robes, depending on their responsibilities. The clothes were a robe with a hood and a belt. White clothes were worn by those who cared for the sick, black ones by those who were engaged in burial, the red ones were worn by those who looked after orphans, and blue ones by those who welcomed travelers, prisoners and tried to free slaves.

The church of Saint-Jérôme was built in a part of the city, destroyed by a violent fire in 1586. The construction was funded by donations. It was consecrated on the day of St. Vincent, the patron saint of the city, on January 22, 1608. In 1705, 1831, 1906 and 1907, the building was renovated and has a rectangular shape. Since 1990, the chapel serves as a venue for exhibitions. 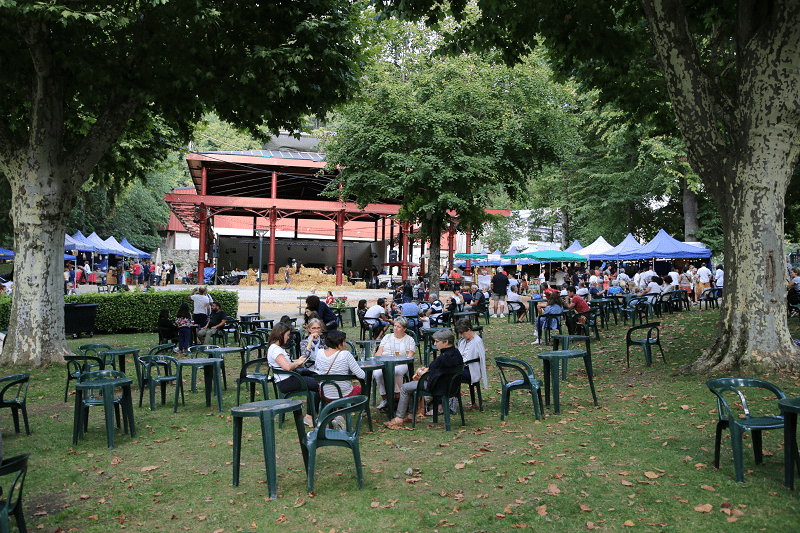 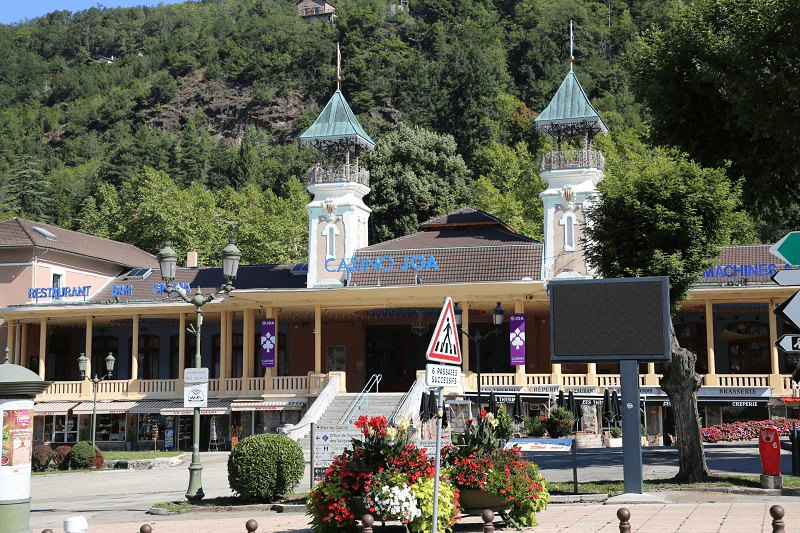 Cultural life and what to do

During the year there are several festivals, including a film festival devoted to mountain sports (it is called “Expno”). Every second year in May there is an accordion festival. During the summer, a festival of street performances takes place. 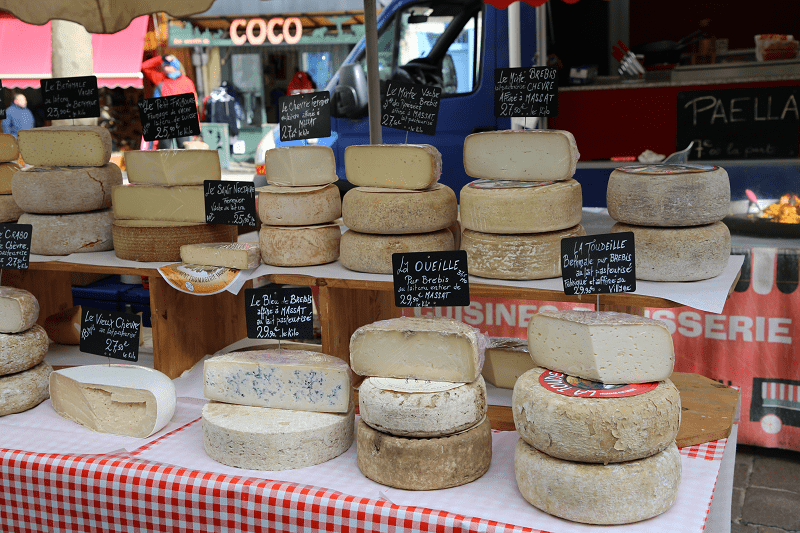 In September you can visit the festival of flavors. A cattle fair is also held in September.

Shopping and what to buy

There are markets 2-3 times a week where you can buy local delicacies – cheeses, ham, sausages, bakery products, Pyrenean pastries. 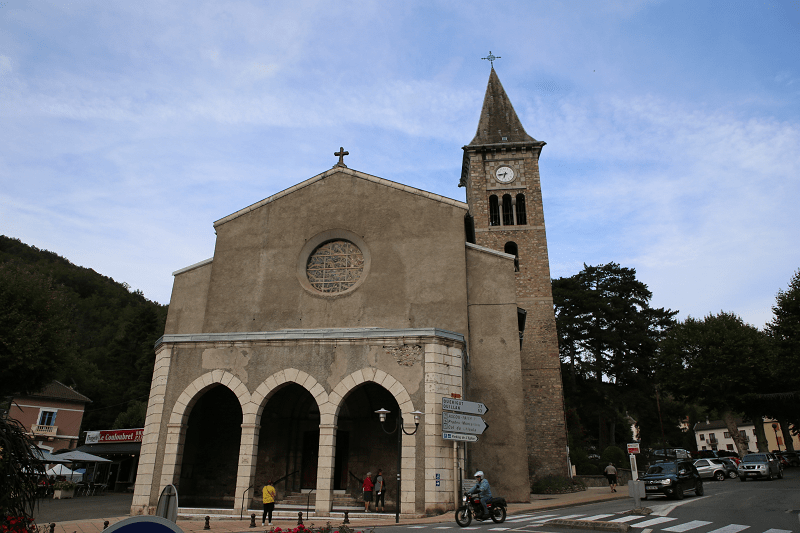 Buying good clothes here is unlikely. The closest shopping centers are in Toulouse and Perpignan.

How to get to Ax-les-Thermes?

The city has its own railway station with the direct trains to Paris and Toulouse.