The castle of Piera has been documented since 955 • All PYRENEES · France, Spain, Andorra 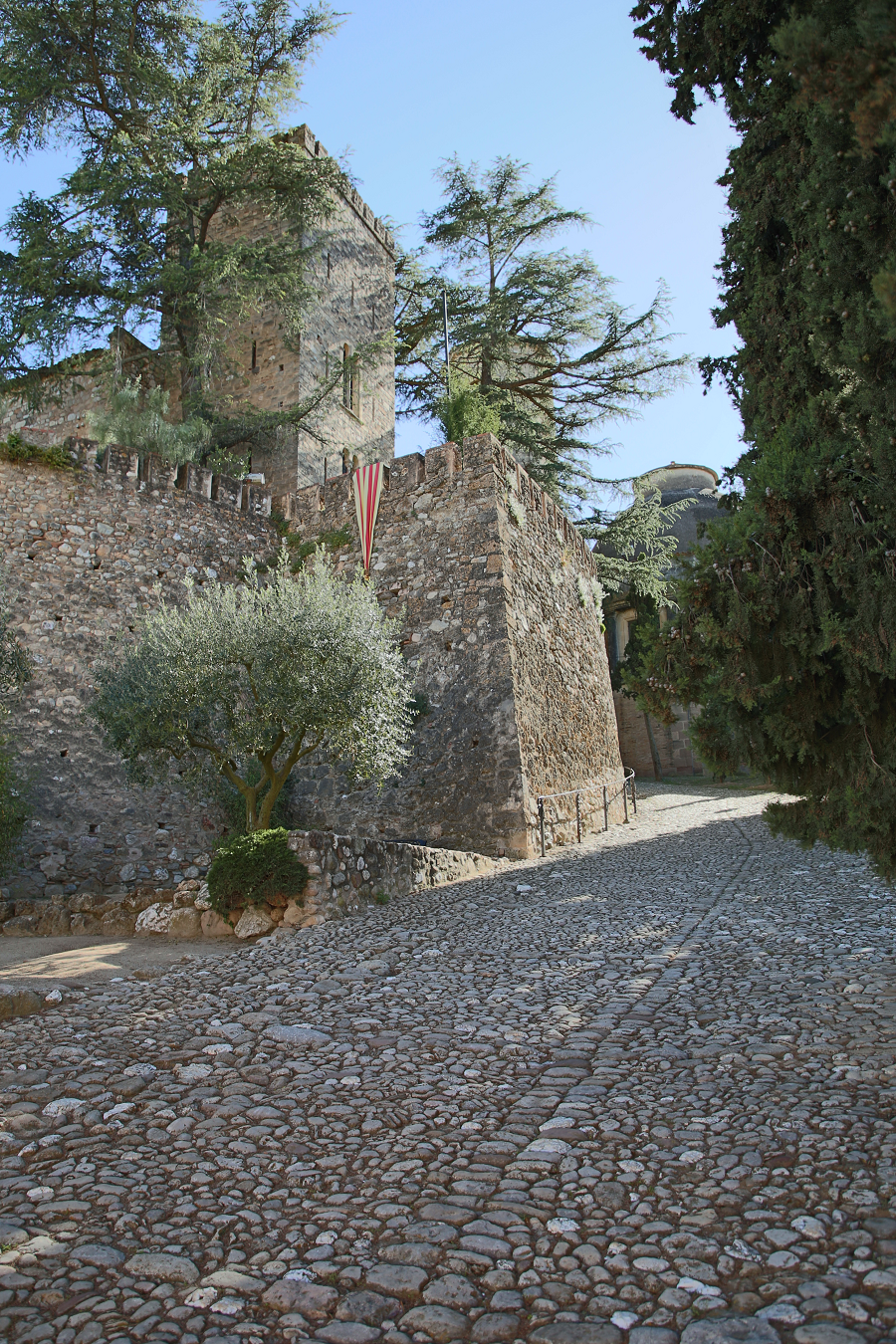 The castle of Piera (the Apiaria Castrum, first called Fontanet) (cat. El castell de Piera) has been documented since 955 and occupies the site of an Iberian settlement. Located near the Church of Santa Maria, at the end of the main street, in the area of the old town of Piera, town and municipality of the Anoia region. Some historians assume it has a Roman origin but there is no documented proof for it. The name derives from Latin Apiaria “abellares”. From 963 to 1010 it belonged to the monastery of Sant Cugat del Vallès. Later it passed to the viscounty of Barcelona and in 1030 to Udalard, who had received it from his father, Viscount Guitard and sold it to his wife Riquilda. In 1063, it was owned by Ramon Berenguer I, later by his successors to the County of Barcelona, as part of jurisdictional lordship of the town and district of Piera.

The King James I the Conqueror made repeated visits and stays at the castle of Piera, the longest one was that of August-December 1268. In 1264, King Conqueror gave a privilege in favor of his vassals of Piera allowing them to solve the city’s disputes and the lawsuits that affected it. James I, in 1265, donated the castle to the Sescorts or Curtibus family, knights and comrades of the order of Sant Jordi d’Alfama. According to the historian Joseph Barba Raventós, the donation was a compensation for the help provided by the Sescorts or Curtibus family (also comrades of Agramunt and lords of Castillo de la Torre Salvana) in the conquest of Valencia. In the donation document, it is said that the Sescorts or Curtibus would be responsible for the administration of the castle and would also have the obligation to host the King and his descendants in case of a royal visit, which they did on numerous occasions with James I, Joana Enríquez and Joan II, among other Catalan monarchs. The Sescorts or Curtibus family, one generation after another, kept the castle until the 18th century when they tied with the Viala-Aguilera lineage and the castle passed, after a long litigation, to the Viala-Aguilera-Sescorts, to the detriment of their cousin Pere Vallès Sescorts. 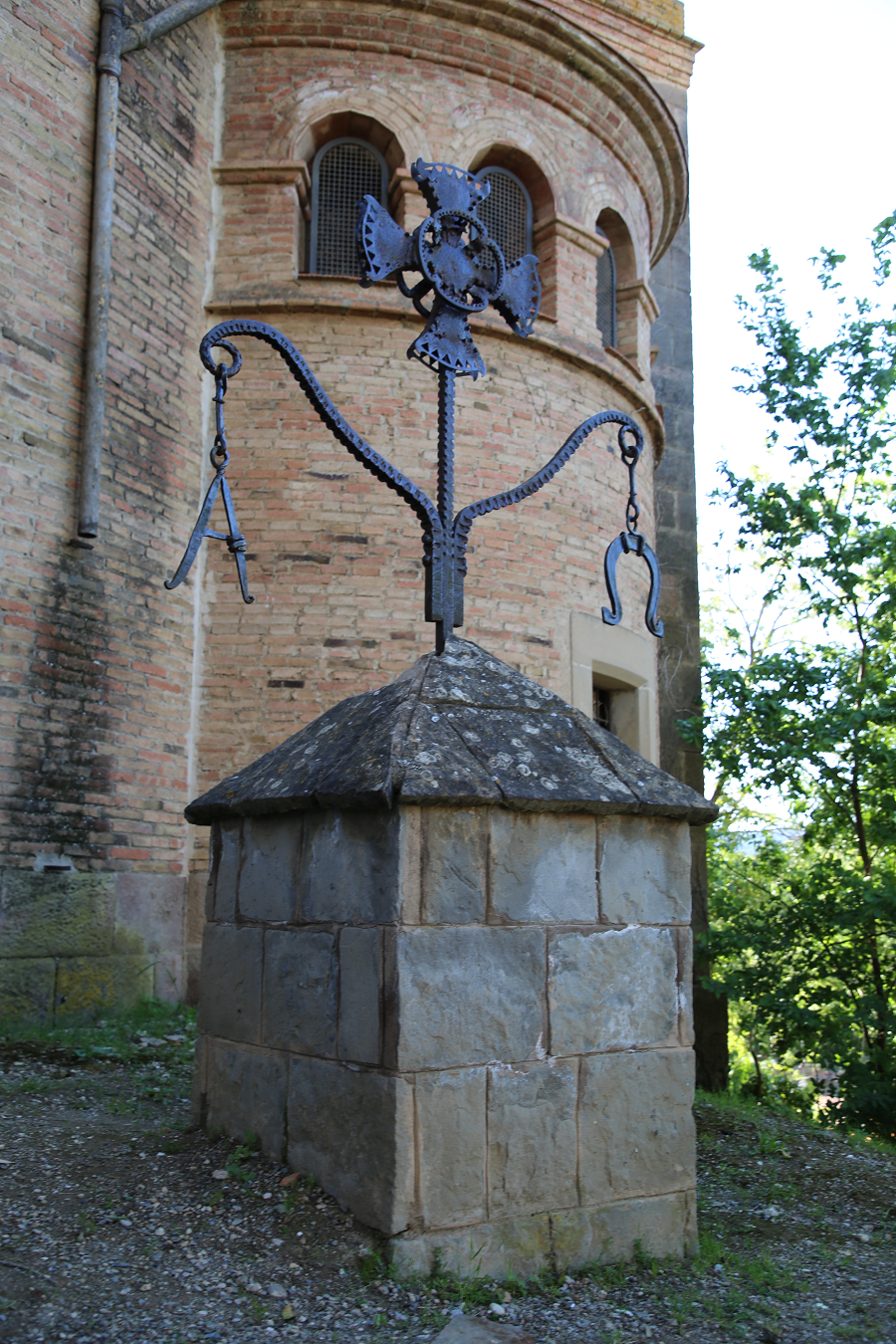 James I, in 1285, donated Piera to the monastery of Poblet, but in 1291, using a safeguard, it was reincorporated to the crown by Alfonso II. In 1280, King Peter II had given Piera to Guillem Ramon de Cardona. Then it passed to the county of Urgell and, by inheritance, it passed to Count James, the last of the lineage. It was confiscated by King Ferdinand I, who died in Igualada in 1416.

His successor Alfonso IV, the Magnanimous, in 1431, sold the barony of Piera to the monastery of Pedralbes, with high and low jurisdiction, civil and criminal and the mero et mixto empire, but he kept the castle, which never left the hands of the monarchy. The first abbess and baroness of Piera was Elisenda de Montcada, founder of the community of the Clarean nuns, who died in 1447. In March 1461, Joanna Enriquez, the wife of John II, took refuge in the castle of Piera. The monastery of Pedralbes temporarily lost the domain of Piera and the community of nuns was punished for providing resources to the councilors of Barcelona, and because of this, during the war, King John II gave Pere Daura the lordship of Piera barony. 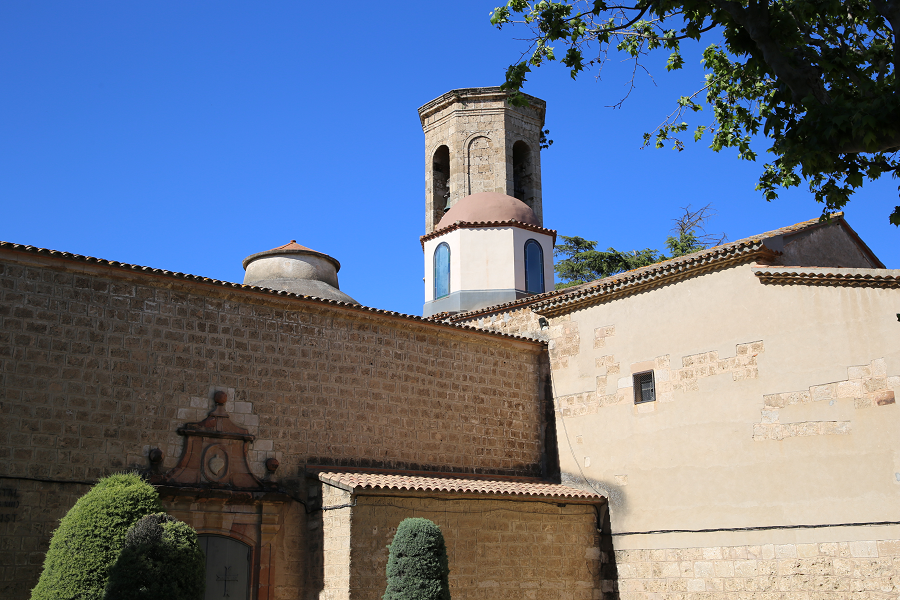 In 1472, at the end of the Catalan civil war, the monastery of Pedralbes was the meeting place of John II with the councilors of Barcelona to establish the conditions of capitulation of the City of Barcelona. On May 7, 1531, when Teresa de Cardona was the abbess and baroness, a commission of vassals of Piera had an audience with Charles V, visiting Barcelona, and the monarch confirmed that they had to pay tithes for all crops, as always, and not just bread and wine, as they claimed. The lordship of the monastery of Pedralbes, in 1756, forced Piera to only use on its coat of arms and stamps the seal of the monastery, while the Piera’s councilors defended the monarchic heraldry of the bars of Catalonia and Aragon and disputed it with the soldier who enforced it, which was not allowed by the monastic authority. 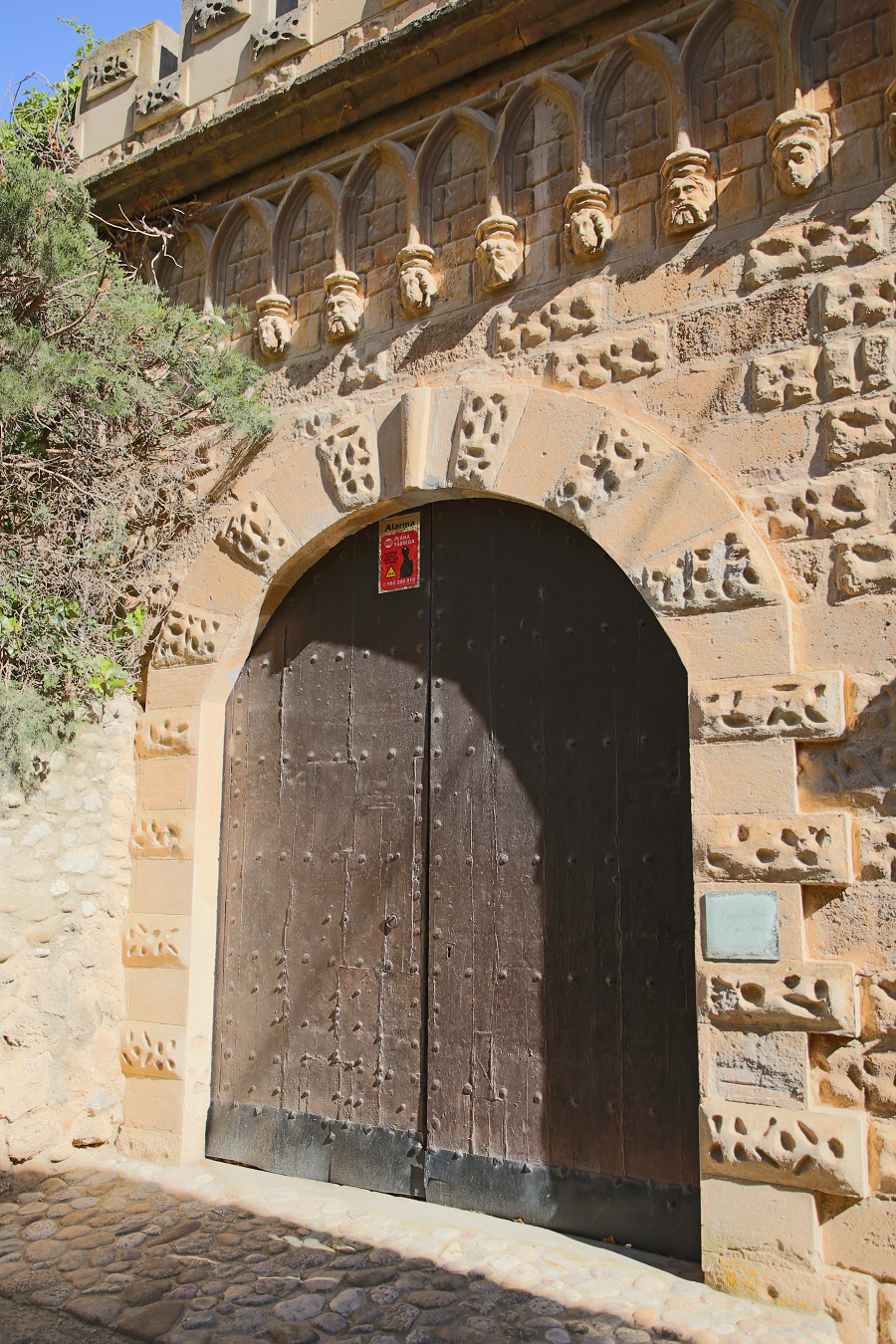 With the abolition of the lordships and by a municipal agreement of 1822, the town of Piera recovered the oldest sigillography. To alleviate the traditional taxation, a judicial ruling of 1759 gave a reduction and agreed that the monastery of Pedralbes should receive, each year for Christmas, 33 pounds in the currency of Barcelona, a dozen of capons, 12 hens, 12 partridges and 4 jars of honey of 15 pounds each, which had to be personally delivered by a counsellor of Piera. 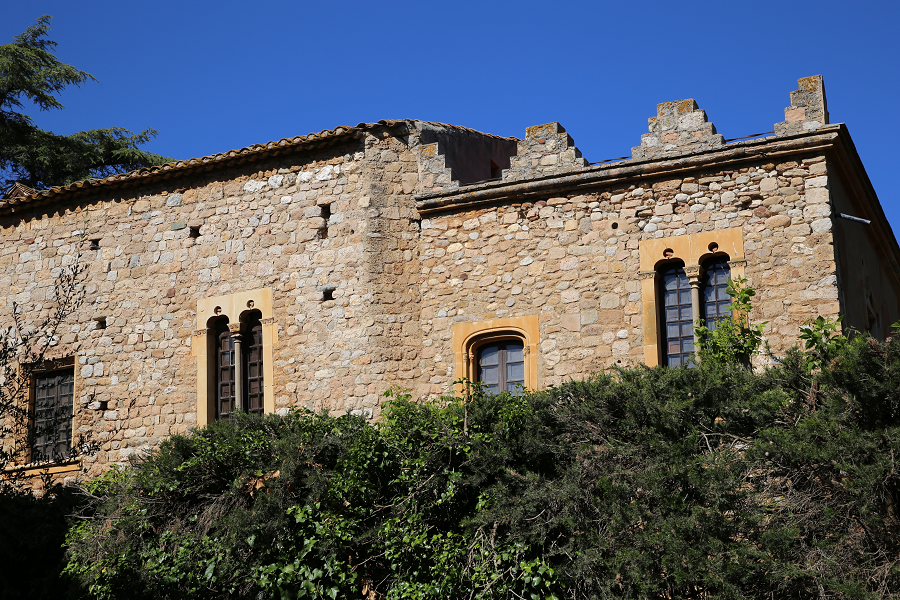 At the time of confiscation, in 1832, the castle of Piera became the property of Ventura de Viala, baron of Almenar and notary of Tàrrega, descendant of the Curtibus or Sescorts, since the last Sescorts married Aguilera in the 18th century. By means of a concord with his cousin Pere Vallés Sescorts, he became the heir. According to the “Nobiliario de los Reinos y Señoríos de España”, by D. Francisco Piferrer (Volume II, page 106, number 832 Madrid, 1857) and the Enciclopèdia Catalana, the Viala had already become related to the Sescorts when in 1333 Ana Maria Sescorts married Ramon de Viala, king’s ambassador to Tunisia. In the year 1916 Ramon de Viala and Ayguavives, Baró d’Almenar completed a magnificent restoration. Even today, a plaque commemorating the restoration is preserved. Later, it successively switched hands, from Pere Forns Caralt, Joana Gener and Just Oliveres Llopart, who was its owner until the end of the 20th century. Currently it is owned by the Oliveras Sastre-Marqués family. 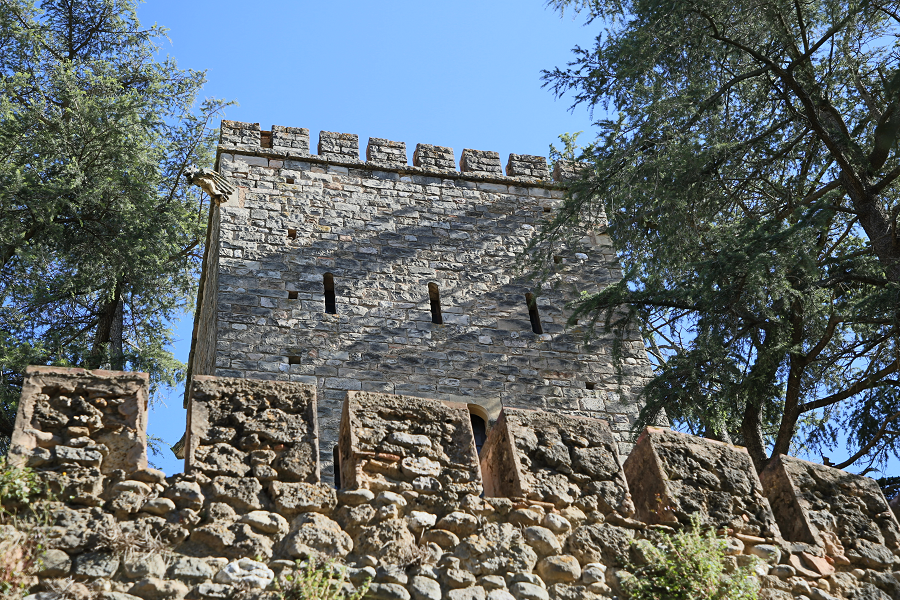 The castle of James I is in the field of military architecture, dated from the middle of the 10th century. It was rebuilt by James I in 1320 and restored in 1916 by Ramon Viala, baron Almenar, under the direction of Sebastià M. de Plaja. It is a type of historicist restoration following a more stately criterion rather than strictly historical one, it maintains some of the original elements, such as the semicircular voussoir door and some late Gothic windows. The tower was erected in the same place where the foundations of the old one were. The walls were also rebuilt and new windows were made.

It is located on an elevated area forming a walled enclosure. A wall with its battlements and buttresses, surrounds the castle and part of the church. The castle is rectangular with a significant square keep tower. Its structure was formed by three levels: the place of arms, the noble floor and the attic. With regard to the construction openings, a wide variety of styles are observed.

On the lower levels the loopholes are numerous throughout the main tower. In addition, in the lower part of the building the vans openings appear (Va: the opening between the interior and the outside) of a late-gothic style with a round and ogee arch. 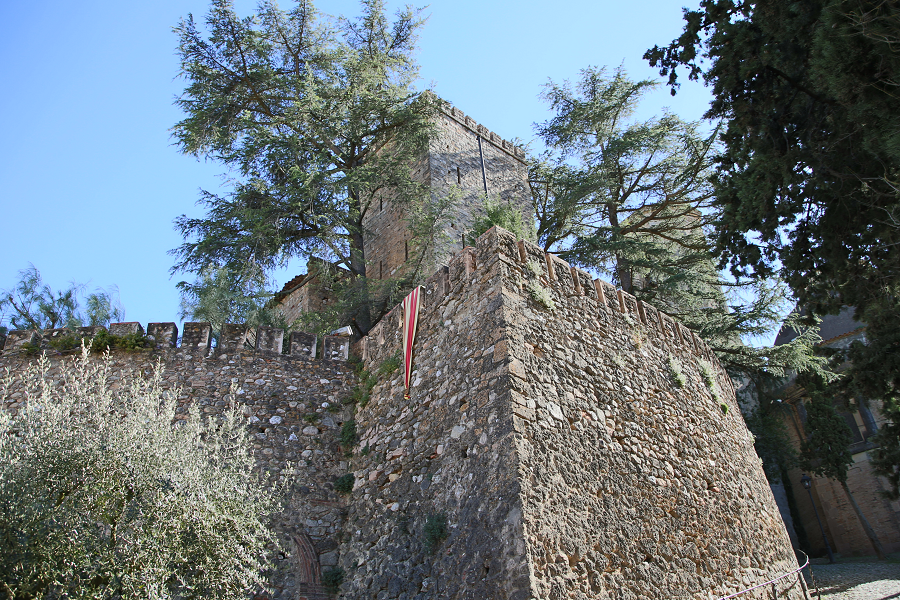 Each of the windows is decorated with specific details, in which face representations are seen at the lower parts of the arches.

Inside, in the lower part, it preserves its original configuration: with 2 m thick walls and the vault and column that serves as an axis for the building. A large stairway leads to the upper floor which is decorated with nineteenth-century style wooden ceilings, furniture of various styles and a dining room with a large fireplace.

In the medieval part of the construction, stone masonry was used, like the rustic wall made of irregular stones with a wide mortar bond.