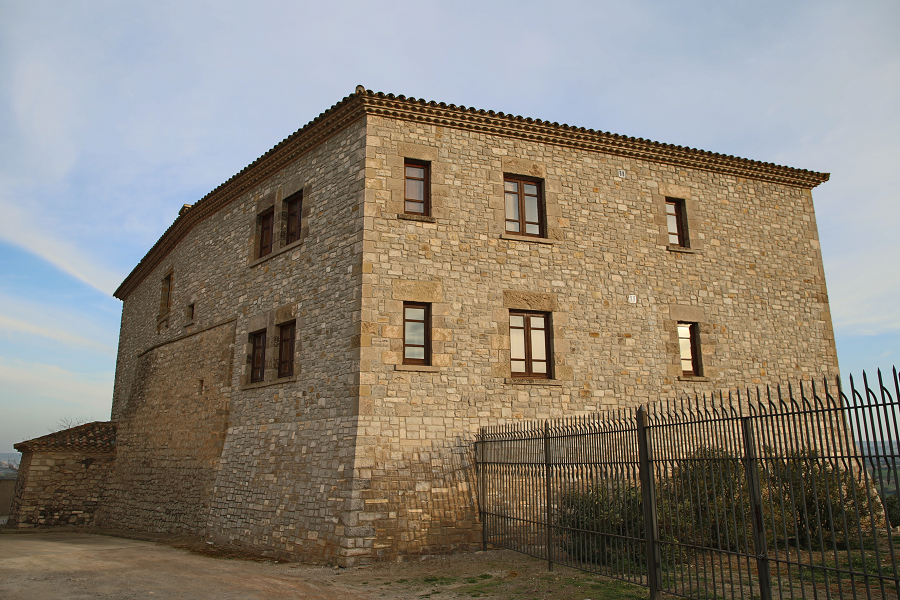 The castle of La Curullada (cat. Castell de Curullada) is a building in Granyanella (Segarra), declared a cultural asset of national interest.

The castle is located at the top of a hill that presides over the entire town of La Curullada, overlooking the right bank of the river Ondara, by the old national road number II. It is an isolated building, next to which the church was built.

It is a castle with a rectangular floor plan that, by the layout of the windows, we can guess that the ground floor served agricultural purposes with loopholes as the only openings, above it was the living floor, with the presence of larger and well finished windows. The tower of the castle, built on the rock slab, is made up of three floors, crowned by battlements added in the restoration completed at the beginning of the 21st century, and on one of its walls there are remains of an old machicolation. The cover of the entire enclosure is a gable roof except for the tower that is covered by a trellis.

The walls are formed by a stone masonry, and on some we find buttresses. Around the front door, some windows, and the corners of the tower, the wall is built with large and more worked ashlars, to reinforce the structure.

On the main facade of the building, we find the main door formed by a semicircular arch, which is a result of the restoration carried out during the 17th century, as well as the windows on the first floor, the frame of which has a great decorative work with the use of geometric shapes.

The origin of the place name of the Curullada is ‘sa Cruïllada’ (cat. intersection) , probably due to the intersection of paths that favored the creation of the town. Although it was rebuilt in the 17th century, the castle of La Curullada has its origins in the 11th century and it was built at the junction of the Noguera and Alt Urgell pasture paths that went to the lands of Tarragona. 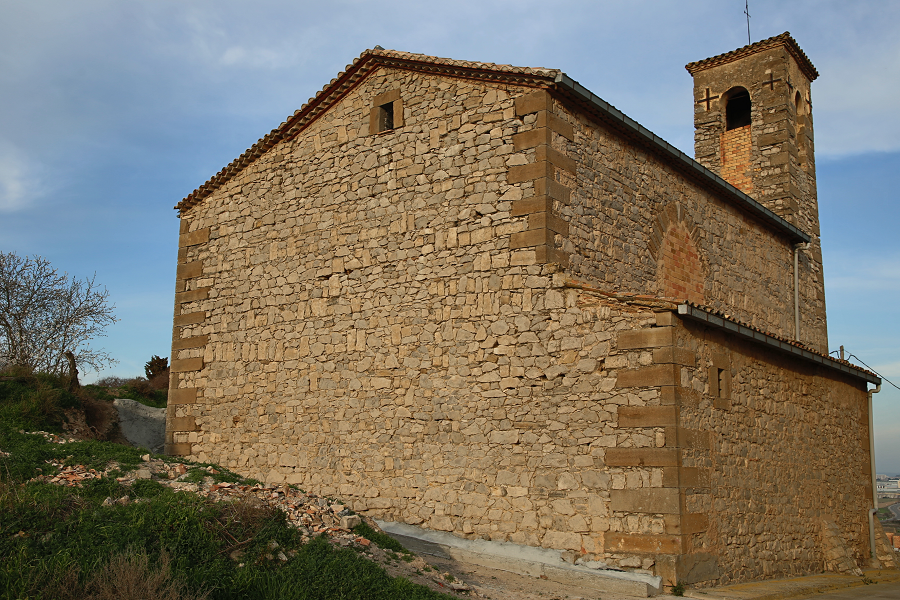 In its beginning (11th century), in the heat of the reconquest, this castle was in the hands of the Cervera. In 1133, in the sacramental testament of Guillem Dalmau of Cervera, it was established that after the death of his daughter and his son-in-law, Guillem, the battalia of Tordera and of Curullada passed to his grandson Guillem. In 1145, the knight Mir Guillem of Curullada was documented, which surely was the castellan in the fort, because the Lord was at that moment Dalmau de Cervera.

It is unknown in what circumstances the castle passed to Maimó de Oluja before 1340, and shortly afterwards became lordship of the Priorat of Sant Pere of Arquells. In 1376, the prior of the Arquells, Pere Guanter sold it to Jaume Desvalls with the permission of the abbot of Santa Maria del Estany, Berenguer de Gra. This line was in charge of the place until at least the 17th century, when the castle was rebuilt. In 1881 it belonged to the Vilallonga family.

At the end of the 20th century, the castle was in ruins, however it was acquired by a new owner and got completely restored.