The Castle of Gosol: the legend of the largest and the strongest fortress in this part of the Catalan Pyrenees • ALL ANDORRA 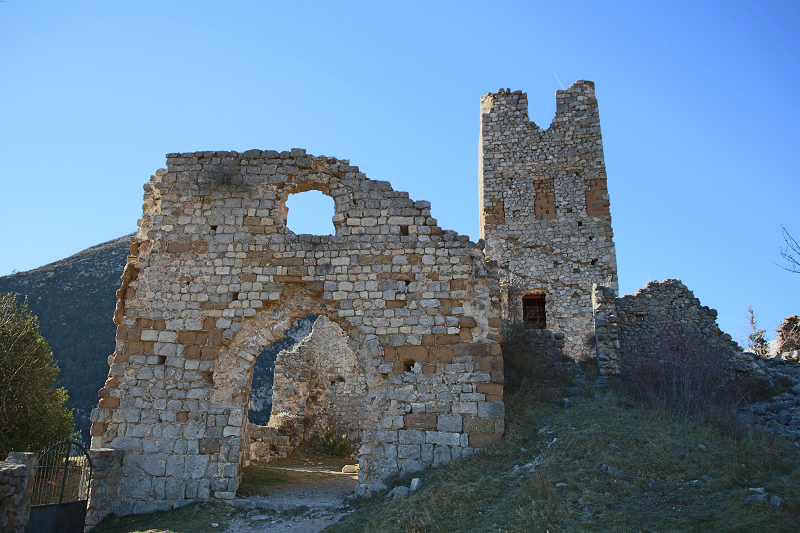 The Gósol castle was the largest and the strongest in this part of the Pyrenees (northwest of the comarca of Berguedà in Catalonia). It had a tower so tall, it is said that the sea was seen from its summit. The vassals who were able to climb to the very top of the tower and admire the panorama that was stretching in front of them, with it the view of the sea, were thought to be adventurous and it was considered to be an honor and a distinction.

The Lord of Gósol had sixteen children and only one daughter, who was considered the apple of his eye. The gentleman had a young and gallant servant, brave and gentle as none had ever been seen before. The servant, at leisure, used to go to the top of the tower to enjoy the great panorama, a custom that also had the daughter of the lord. By the very force of going to one and the other to spend time in the tower to see each other and talk came conversations, from which came friendship and then friendship evolved to love.

When the Lord of Gósol realized that his daughter was secretly meeting with his servant he became greatly upset. He could not tolerate in any way, that his only daughter, however much he loved her, was not married to a gentleman who belonged to his rank and to his family. In order to avoid any complications, he decided to quickly marry his daughter with sir Lledurs, who had already given him directions in that regard. And he closed the servant in the darkest cell of the castle for his daring and shameless behaviour.

They celebrated very pompous and gallant wedding, as it belonged to people of such rank. And because on the occasion of such great celebrations there should be no one in the castle to cry, the bride asked her father to release the servant from prison. The man listened to the demand of his daughter and gave freedom to all the prisoners whom he had closed. 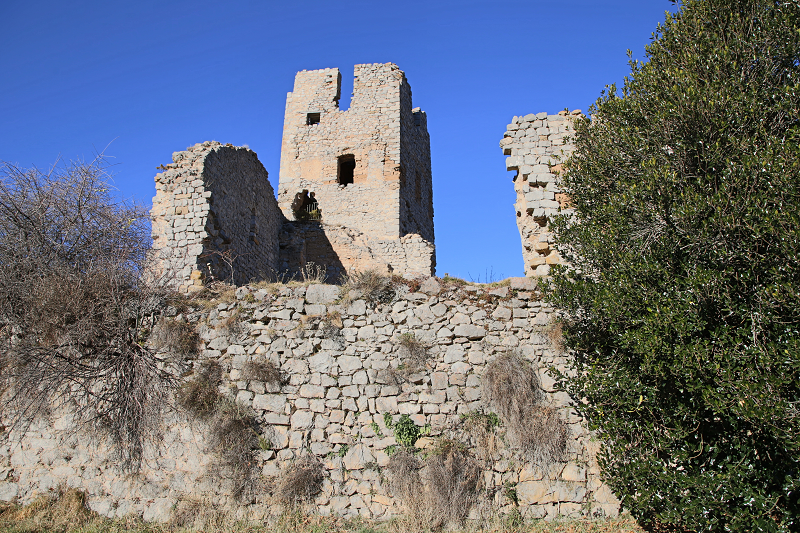 Sir Lledurs was an adust man, little expansive or talkative. He had a crazy affection for hunting and only thought of chamois, deers, wild boars, bears, and other wild animals. He spent his days hunting and many nights he slept outside. And when he was home, he hardly opened his mouth and only thought of his escapades. So much so, that after a year of marriage he had not had with his wife a dozen long conversations. This coldness between them brought alive memories of the lady’s first love with the servant, whom she continued loving secretly.

Then, after a long time, one day the lord of Gósol sent the servant who had been the gallant of his daughter to an urgent request. When he was out, he noticed that his daughter was going to the tallest tower, where she had both grown and met with the servant. The father noticed that the servant was taking longer, spending more time than he needed to fulfill the order, and feared that he was perhaps at the foot of the tower talking with his daughter, so he left the castle. Further away, he saw the servant all embedded looking at the tower with eyes of great love. The gentleman, furious, approached him until he touched him, without the adolescent realizing, as he was so enchanted.

Without saying anything, the gentleman gave a sharp slap to the young man that send him shaking. When the servant reacted he took his sword, and jumped on the lord, making him fall to the ground and was ready to cut his neck, but suddenly, he stopped, remembering that he was the father of his beloved, and that memory urged him to respect his life. After that the young man went away and never returned to the castle again. 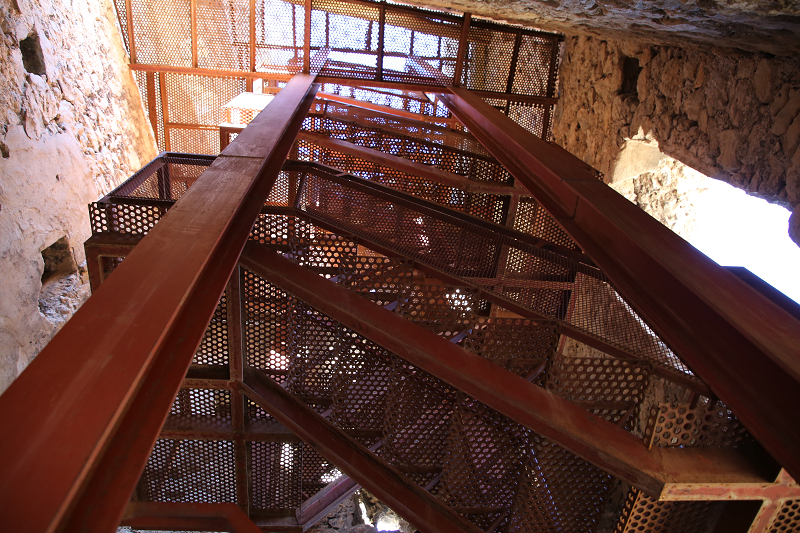 For a long time, wild boars were devastating the area, especially at night. They destroyed the plantings and other crops and attacked the cattle. Numerous bands of hunters were going out to raid them, and kill them. Finally all were killed, except one that was the oldest, and above all, the most astute of them all. They were calling him the Grandpa Boar ( l’Avi Porc). When the animal was seen alone, because the whole company had been killed, it became even more atrocious than before, and it did not limit itself to attacking the cattle, but it also faced people, especially children and young people. Several people were killed and dismembered. It caused a havoc in all those mountains and people did not dare to leave the town. It was necessary to take a decisive action, in order to see if that terrible beast could be killed. 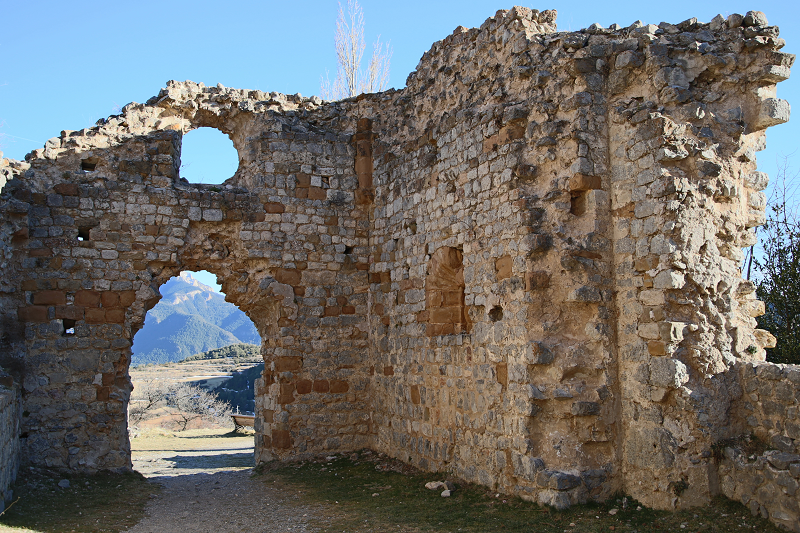 The most determined hunters of the area met, and decided to call for more people to make for a good fight. On the set day hunters appeared from everywhere, such was the fame of the beast that was going to be hunted. Everyone believed that the best hunter of them all was the Lord of Lledurs, and they decided to make him the hunt’s captain.

The Lord of Gósol convinced his son-in-law, who was dry and fierce with his wife, that it was convenient to invite her to go with him to the hunt, because many of his hunters were accompanied by their wives and daughters. And the Lord of Lledurs, who was ten times more appreciative of any of his lazy servants han his wife, was forced to invite her to that important hunt. Father and husband believed that the best place to be able to see the beast was a bridge that stretched over the Llobregat between Guardiola and Fígols, since from there the entire valley of the river and all peaks could be seen. And there stood the lady of Gósol with her husband, who stood at her side like a doll, and did not remember her because he had all the attention and all the eagerness put in the hunt. 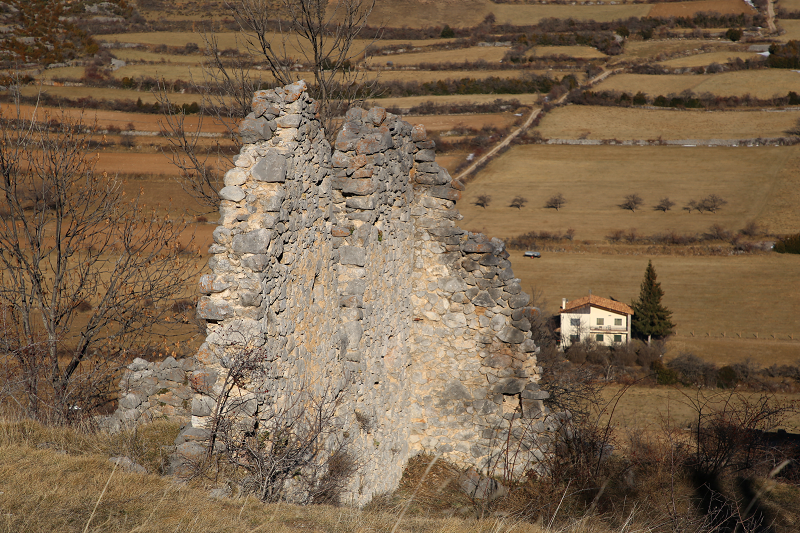 Huntsmen, horses, dogs, horns, trumpets, everything was in play to catch the wild boar, who was more clever than any of them all. Throughout the place there was a great noise from the crowd that was going and coming, moving to trap the beast, directed by the Lord of Lledurs. Among them all, they cornered the beast, precisely at the edge of the bridge, from where the couple was watching, but with such a big crowd and with so many good hunters, it did not occur to anybody that the wild boar could cross the river by the bridge, which it did when it realized that it was cornered. When the Lord of Lledurs saw that the boar was charging by the bridge with an open mouth and seven tufts that he showed whilst grunting like a demon, he got frightened, and forgetting about his wife, jumped in to the river; the wild boar, with four bites of rage and fury, dismembered the poor Lady of Gósol. Once the mischief done, it fled the other side of the river without anyone bothering it, as among the hunters and crowd a great panic and confusion extended. 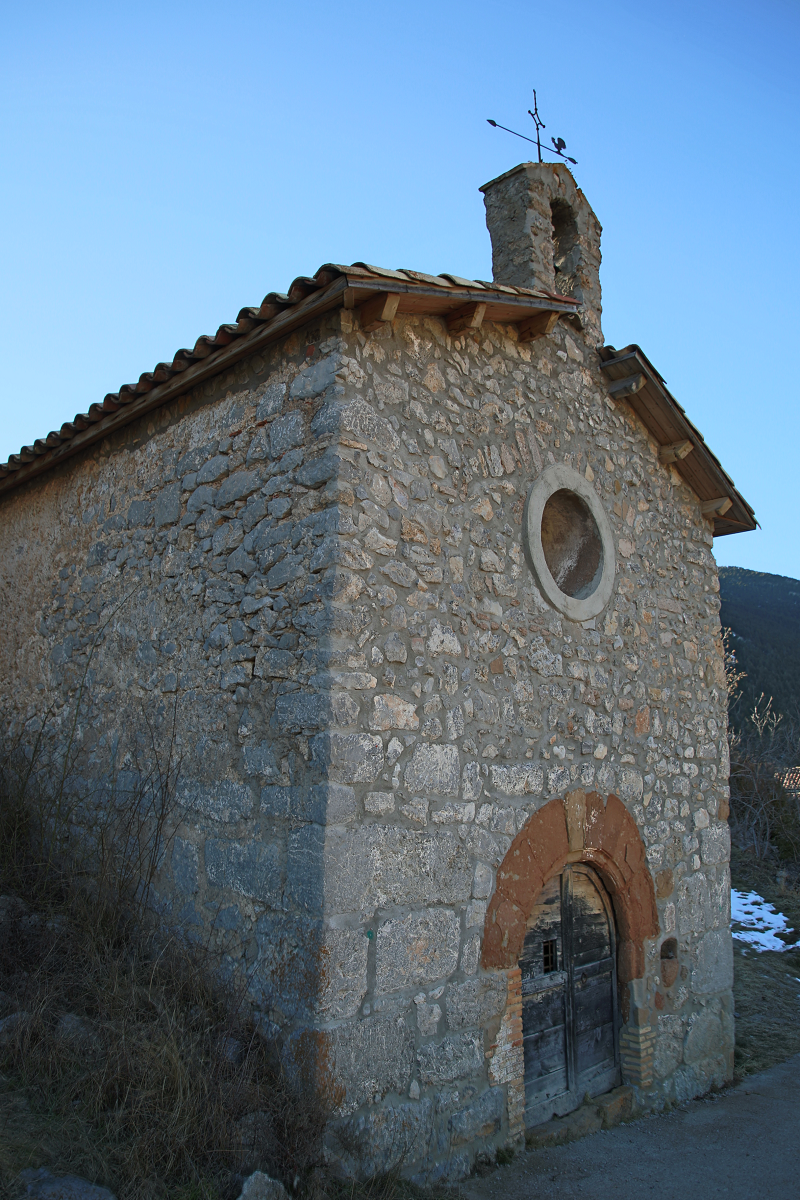 After some time a news spread that the wild boar was found, at the top of the bridge of the Llobergat river, stabbed dead with a knife. Soon the news reached Senyor Gósol, who demanded that no one moved the beast from the place where it was found. Once he got there, he recognized the knife that the beast had jabbed in its heart, it was that of his servant the gallant of his daughter. He was pulling his hair from his head, regretting he did not marry his daughter to the one that loved her, but it was too late. To erase the memory of this great misfortune, he ordered that the bridge be demolished. He turned crazy, muttering to everyone and all the time:

– Oh, parents of daughters!
do not marry them to dislike,
do not give them a husband,
like the Sir of Lledurs.

On the banks of the Llobregat, between Guardiola and Fígols, there is a place that old people still call Pas de l’Avi Porc (cat. Pig), which corresponds to the place where, according to the tales, the legend’s bridge was.