The Castle of Castellet can be seen from the Montmell range to Montserrat • All PYRENEES · France, Spain, Andorra 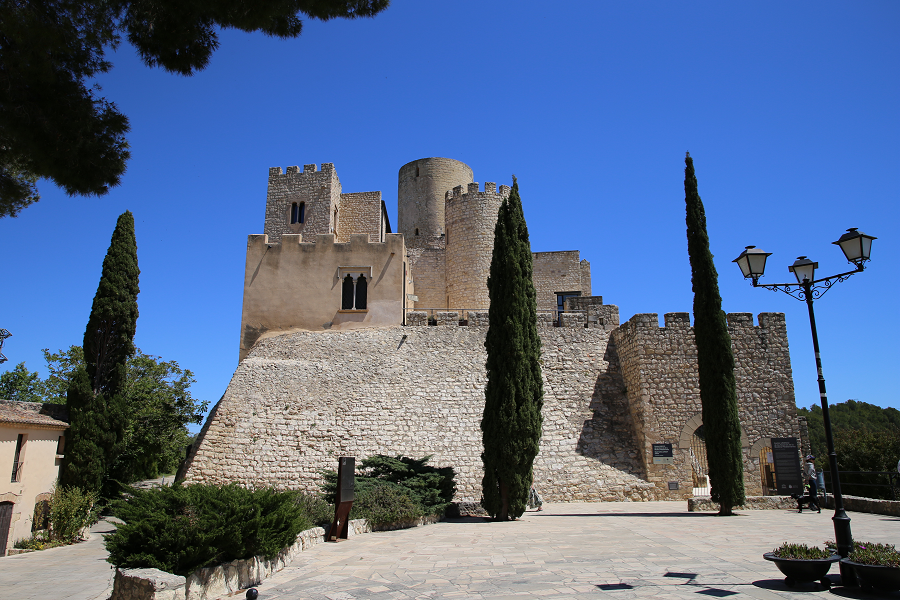 The Castle of Castellet (cat. El castell de Castellet) is a building of Castellet i Gornal (Alt Penedès) declared a cultural asset of national interest. Castellet castle was built on the top of a hill next to a meander of the Foix river, where currently there is the reservoir with the same name. This hill is located on the Alt Penedès slope of the coastal ridge that forms part of the southwestern tip of the mountain range formed by Ordal and El Garraf. It served to control the eastern sector of the Penedès plain, while at the other end of the plain was the fortification of Castellvi de la Marca. It can be seen from the Montmell range to Montserrat.

Remarkable set of round and square towers with high defensive walls. Fruit of the “restoration” made after the year 1928. It has medieval elements (11th and 12th centuries) with other Gothic ones and many invented parts. It also has Romanesque and Gothic windows and it is crowned by battlements. It forms a fantastic complex. 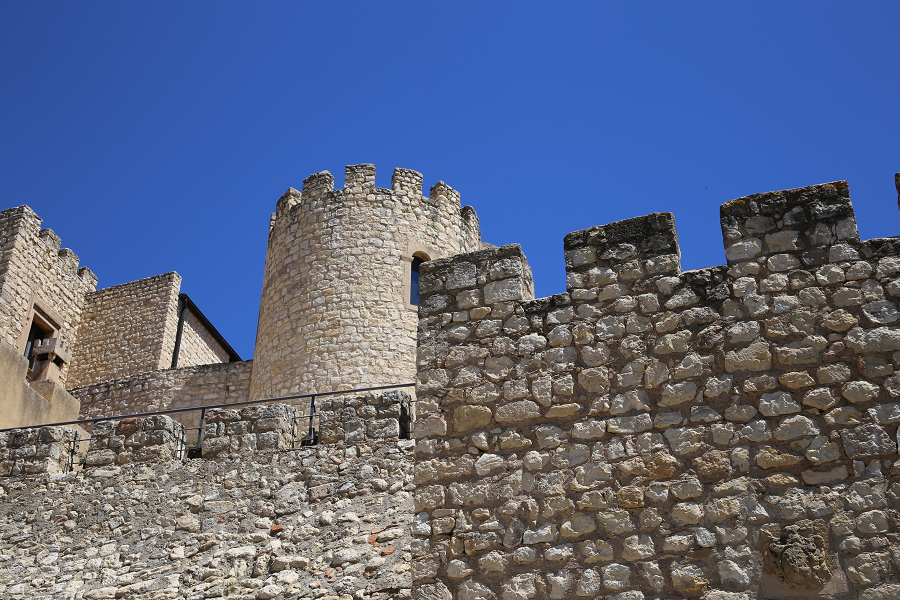 The oldest element, the master tower, dates from the 12th century and has about 5 m in interior diameter, 1.5 m thick walls and the height of about 15 m. The walls are made of rectangular ashlars, large and well arranged. It has several windows with semicircular arches. The door must have been located in the same place as the current remade one (on the southwest side). 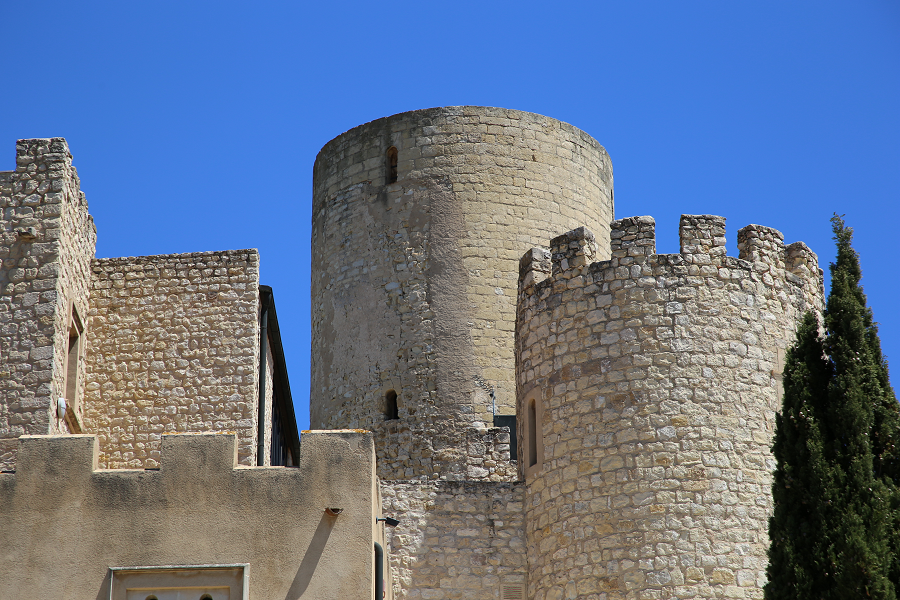 The rest of the construction seem to be of later built, some later than the Romanesque period. The wall facing east and finished with battlements and round embrasures is dated to the 14th century by Monreal Riquer. The curtain wall was a separate structure of the complex in the form of an “L” protected by two angle towers. Below the enclosure there is a talus made with large ashlars, probably from the 13th century, that delimits a second construction body of the complex in the eastern part. On the north side there are a wall and a tower that formed part of a third structure. Next to the southern tower, there is the entrance door that currently has a portal finished with semicircular arch and a machicolation. 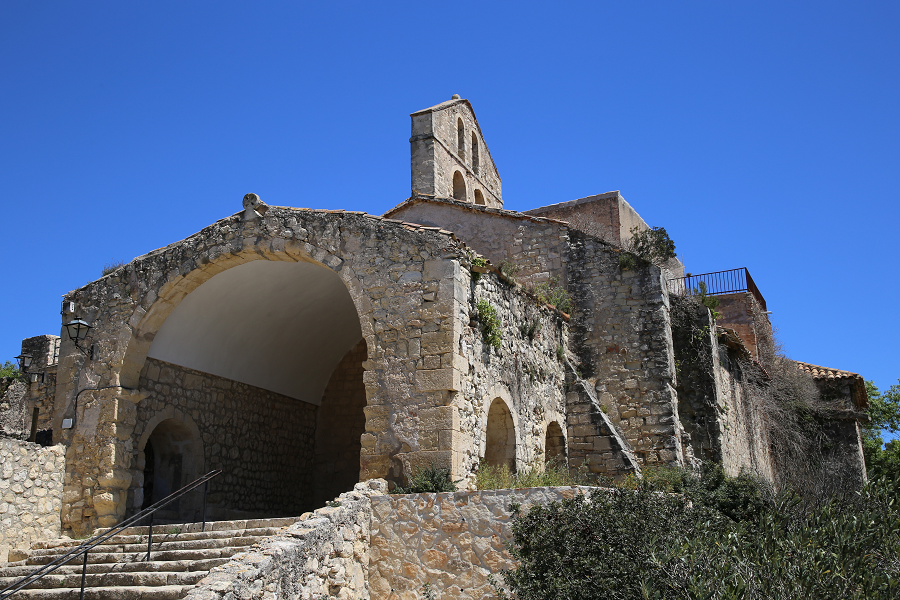 The castle, which at that time was called Sant Esteve and was located in the county of Barcelona, was mentioned in written records for the first time in 977 when Count Borrell II sold it to Unifred Amat, who must have built the walls and rebuilt the towers, and then it passed to his descendants. It is documented throughout the 10th century. It is mentioned in a document signed by Otger of Castellet (son of Unifred) in 1024, and by his son in a discussion of borders, in 1037. In 1076, Rotland Bernat sold half of the fortress to Count Ramon Berenguer I for 8,000 mancus coin similar to dinars, the ancient Muslim gold coin that had begun to be coined at the end of the 7th century and was imitated outside the Caliphate territories. From the 11th century the castle and the chapel are preserved and from the 14th century the square towers, the portals and the barbican in the eastern corner. 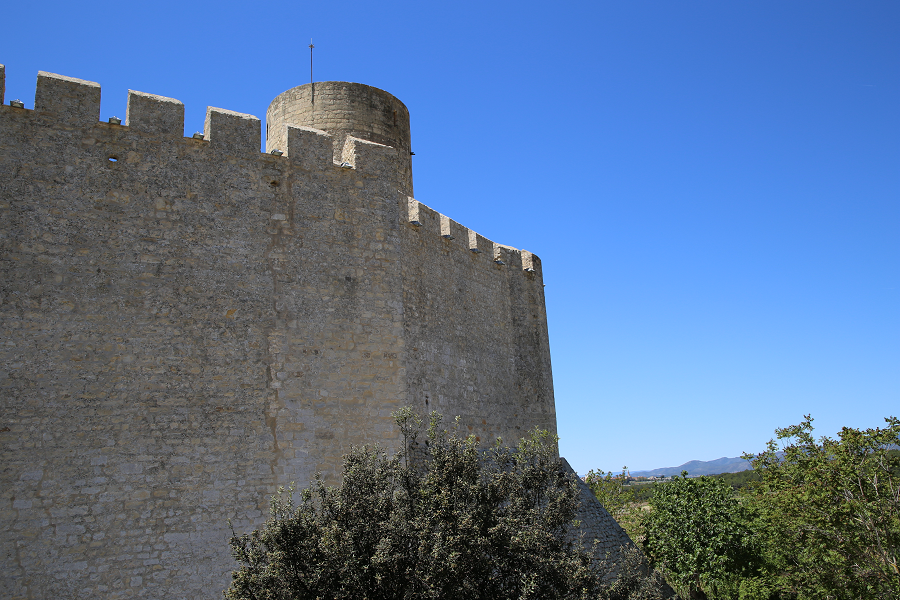 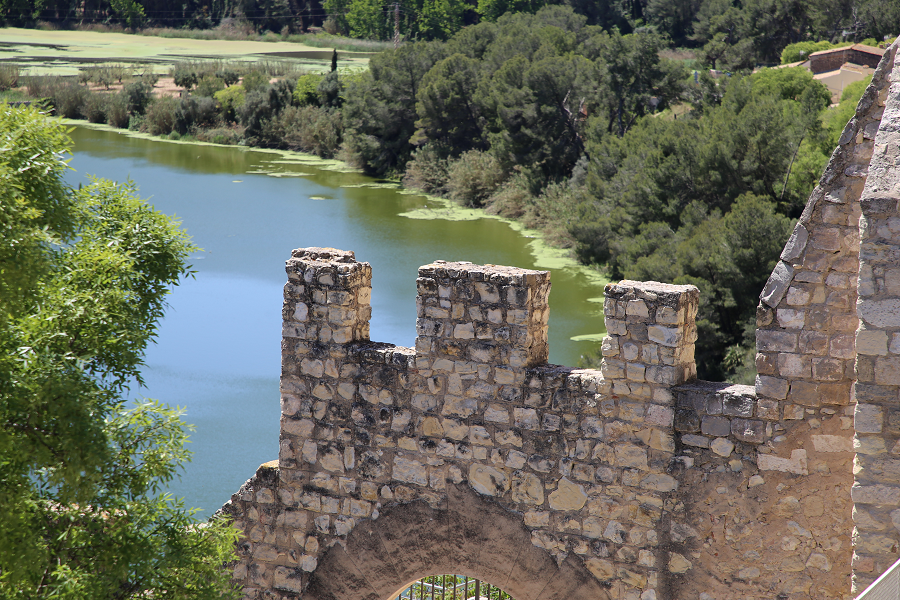 At the beginning of the 12th century, Jordà de Santmartí, the heir to the territory of Castellet, swore loyalty to the count of Barcelona for this castle and in 1132 he promises not to damage the honors of the monastery of Sant Cugat that were within the limits of the castle. The Santmartí retained several rights to the territory, at least until the 13th century. The castle figured, in 1189, in the will of Guillem V of Santmartí. In 1219, King Jaume I confirmed the right that Ferrer de Santmartí and his ancestors had over the castle of Castellet, which was a crown fief. At the same time, between the 12th and 14th centuries, the Csstellet family owned the castle in fief and, in fact, the dominion of the territory. The Castellet held positions in the royal administration and stood out in the conquest of New Catalonia. The last member of this lineage that kept the castle was Blai de Castellet. Then it passed to the crown and King Martin the Humane in 1405 sold its high jurisdiction to Pere de Torrelles. From Torrelles it passed to the Desplà and from them to Bernat de Requesens in 1460. 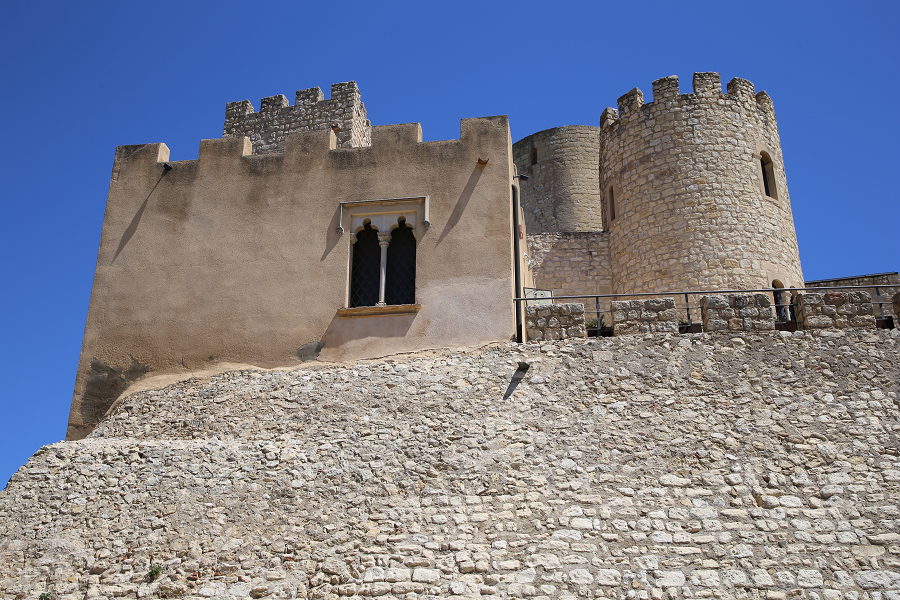 During the civil war from 1462 to 1472 it was taken by the troops of the constable king Peter IV of Catalonia, it eventually returned to the Requesens and was finally sold to Guillem de Peralta. It belonged to the Aguilar in 1566, then to the Icard and finally to the Queralt, the counts of Santa Coloma who kept the jurisdictional rights until the abolition of the lordship in 1837.

In 1928 the owner, Josep de Peray March, restored and reformed it in a fantastic way, quite different from its original style.

In 1925 it was acquired by the archivist Josep de Peray March, who rebuilt it between 1928 and 1929. At the beginning of the 20th century, the castle was very damaged, the keep tower was half fallen, with remains of walls and buildings and one more modern building in the western part. In 1928-1929 it was restored and in some parts profoundly rebuilt. 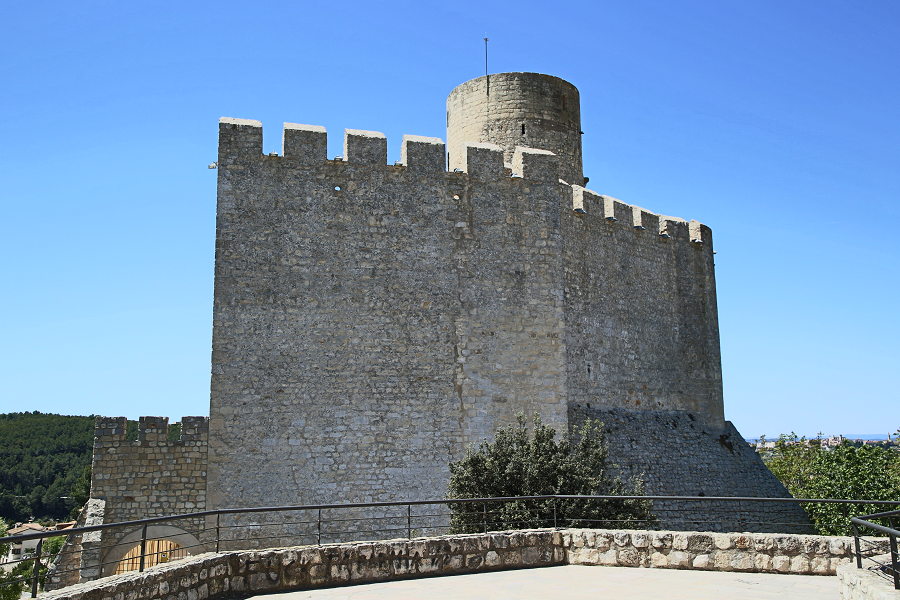 Currently, since 2001, it is owned by the Abertis Foundation that bought it of the Children’s Hospital of Barcelona and restored it. The restoration was carried out by the architect Albert Adell. 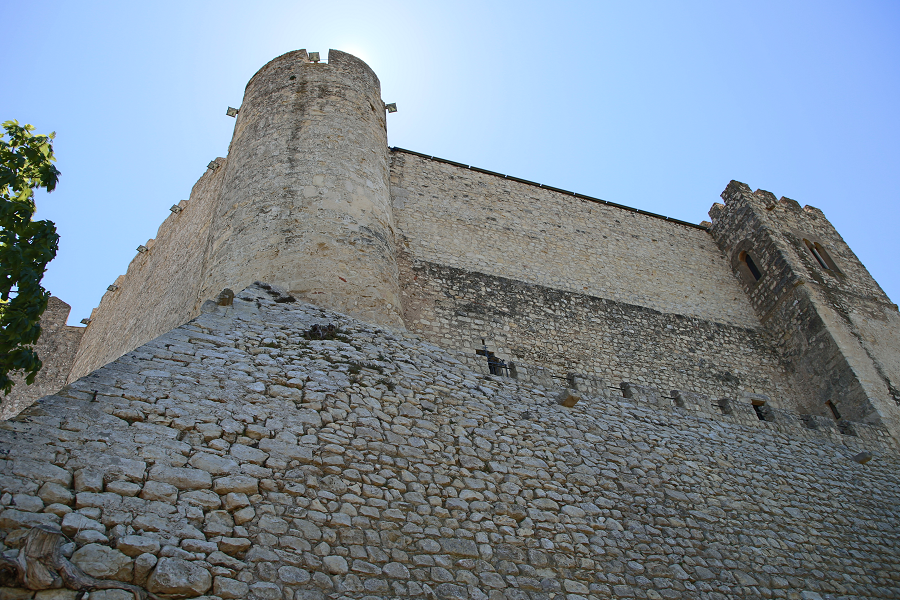