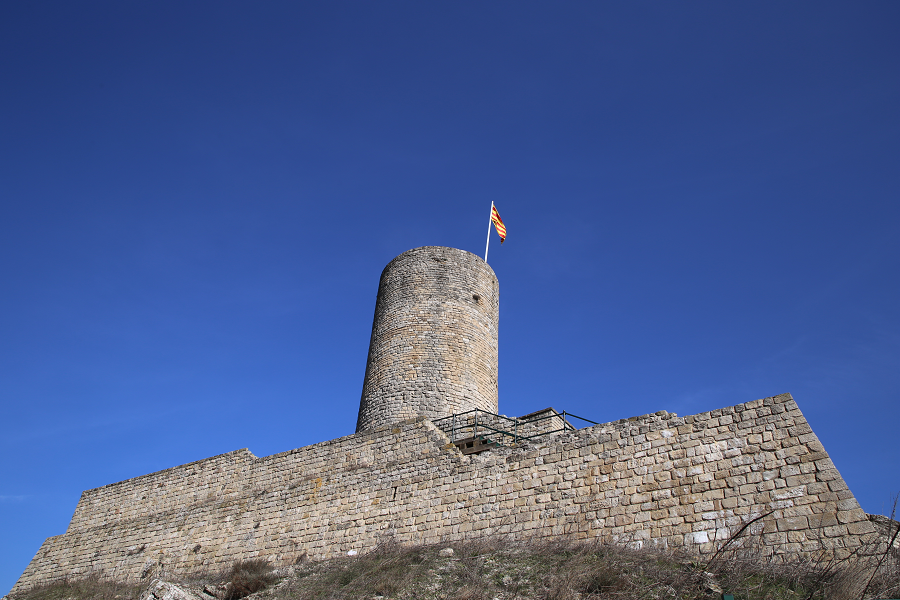 The castle of Boixadors (cat. El castell de Boixadors) is a building in the municipality of Sant Pere Sallavinera (Anoia, Barcelona province, Catalonia, Spain). It is raised on a hill in a privileged position, giving it control over the access roads to the plateau of Calaf and the eastern side of the district, at the edge of the Bagench boundaries. It is located at the western end of the Serra de Castelltallat (922 m), which together with the Sierra de Rubió (837 m) in the south, mark the road that used to communicate the Cardener Valley with that of the Segre. It was, therefore, a very important road in time of conquest.

The castle is declared a cultural asset of national interest. 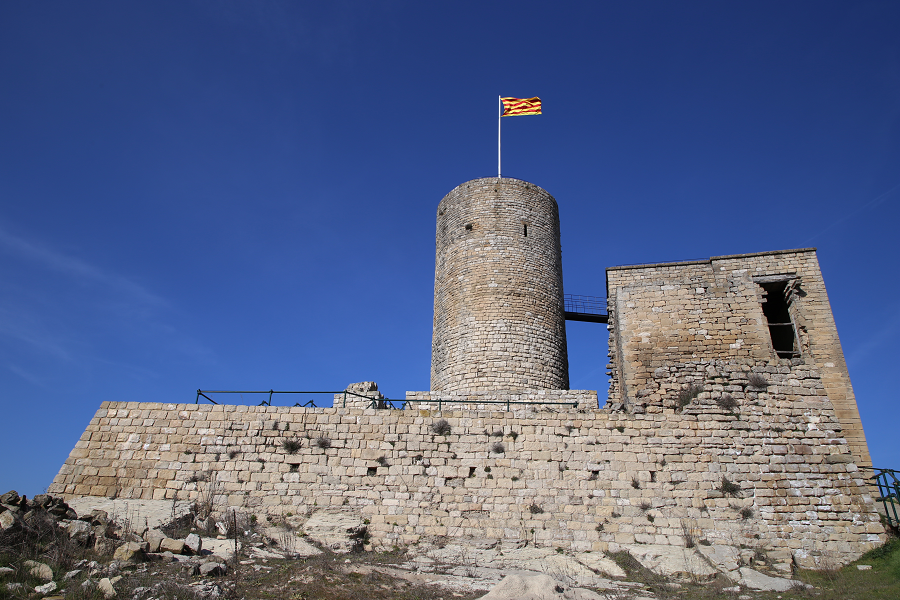 As a summit of 848 m, it is included in the list of the 100 summits of the FEEC (Federació d’Entitats Excursionistes de Catalunya). 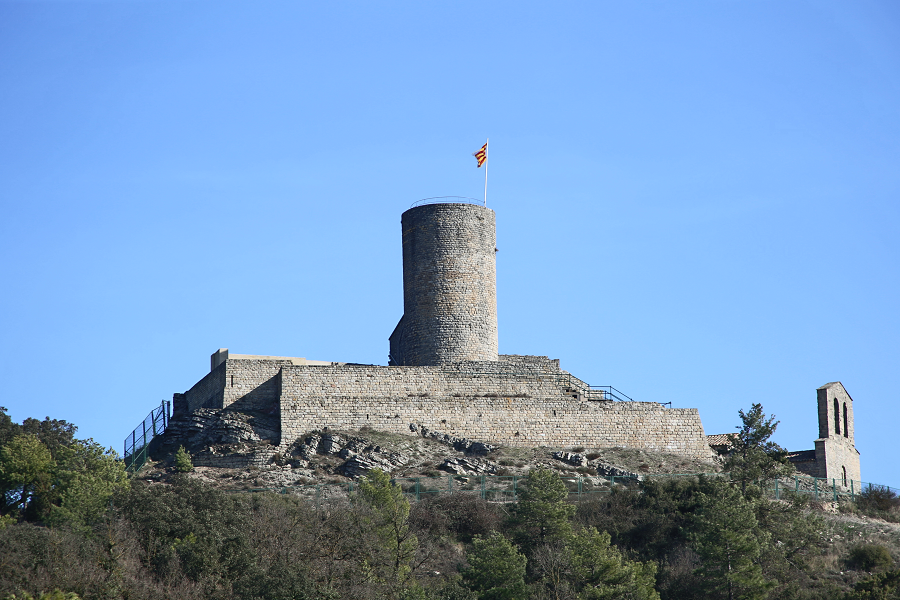 Thus, the current municipality is the result of the union of the territories of the castle of La Llavinera, the castle of Boixadors and of Fortress.

The place of Boixadors is located at the top of a hill on which the castle is built. To the east, on a plain located at the castels feet, the church of Sant Pere is located. The entire complex is dominated, from the highest point of the hill, by the castle’s keep tower. Around it, there are a number of structures, resulting from successive extensions, which have occupied the entire upper part of the Boixadors hill, with an area of almost 900 m². 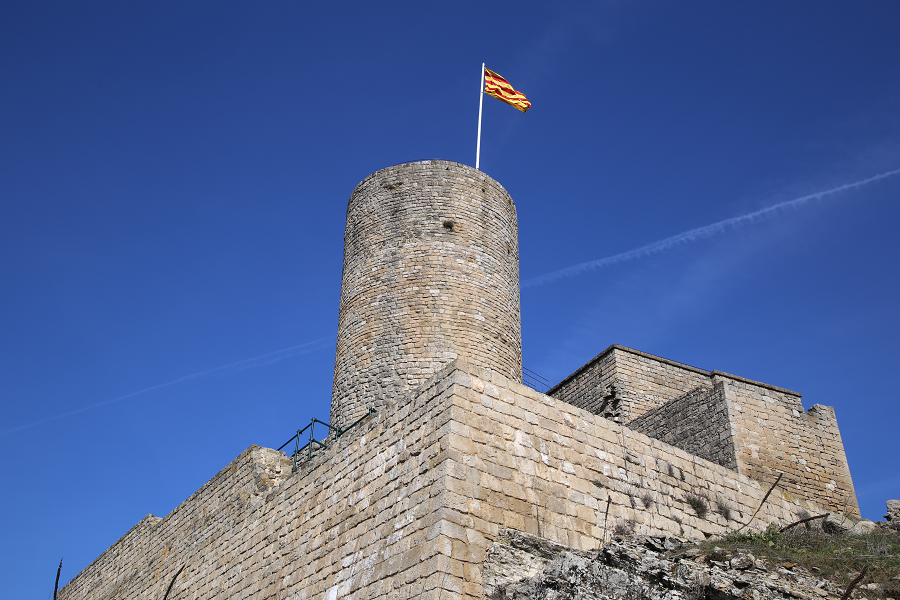 What’s left from the castle includes: the circular keep tower, a hall covered with an ogival diaphragm arch, and remains of a stately mansion with its cups (cat. wine press or cellars), dovecote, and remains of other buildings as well as walls that protected the stately mansion. It is worth mentioning the interior dome of the tower, the vault of the cistern, several windows, and a room that does not retain the roof but where you can see the supports of the ogival arches that kept the vault. The chapel of Sant Pere is connected with the castle by a portal, and on the other side of the castle there are remains of what seems to have been a large necropolis surrounded by walls. A staggered set of walls and buttresses climb and protect the mound. 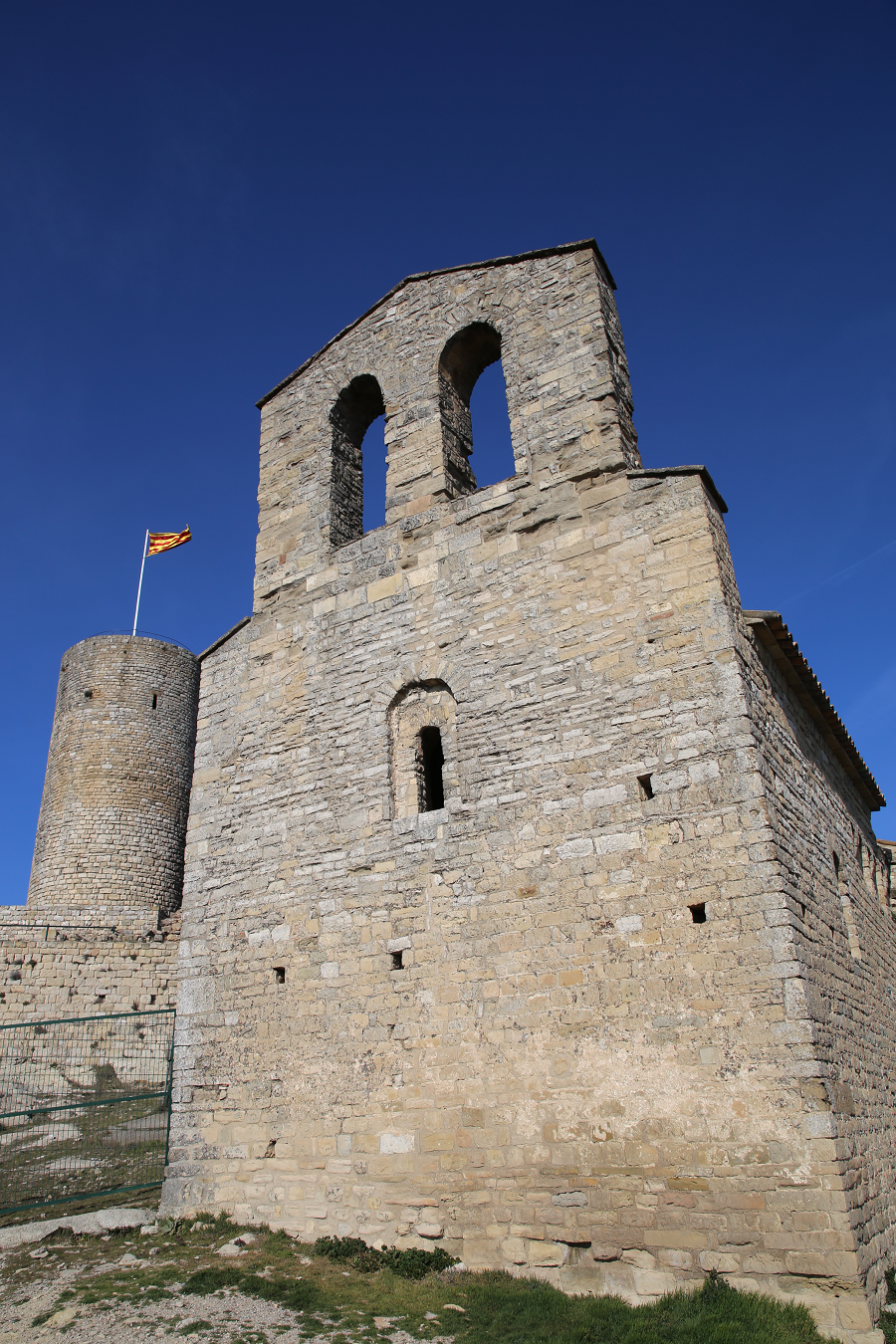 In the castle’s mansion there are several elements like the castle hall with a rectangular floor plan, made of small well carved ashlars, which underwent later reforms. Inside there are two ogival arches that kept the vault, now no longer there, two semicircular voussoirs that connect with other buildings of the castle, including the bastion that was added to the facade, covering part of the voussoirs of the semicircular arch that serves as entrance to the mansion (and that can be seen in the photo).

Outside, one can see, apart from the large arch portal, a polylobulated window on one of the side walls, and a larger window above the portal, which suggests, together with other elements conserved in the interior, that a reform was performed over the 17th-18th centuries (including a baroque style iron on the door). The interior conserves holes that held beams in the walls, which divided the mansion into two levels. The access that leads to a basement is very interesting, as in it there is a small base, circular on one side, which looks like it had been a tower. One of the ogival arches, which is very close to the keep tower, was covered. 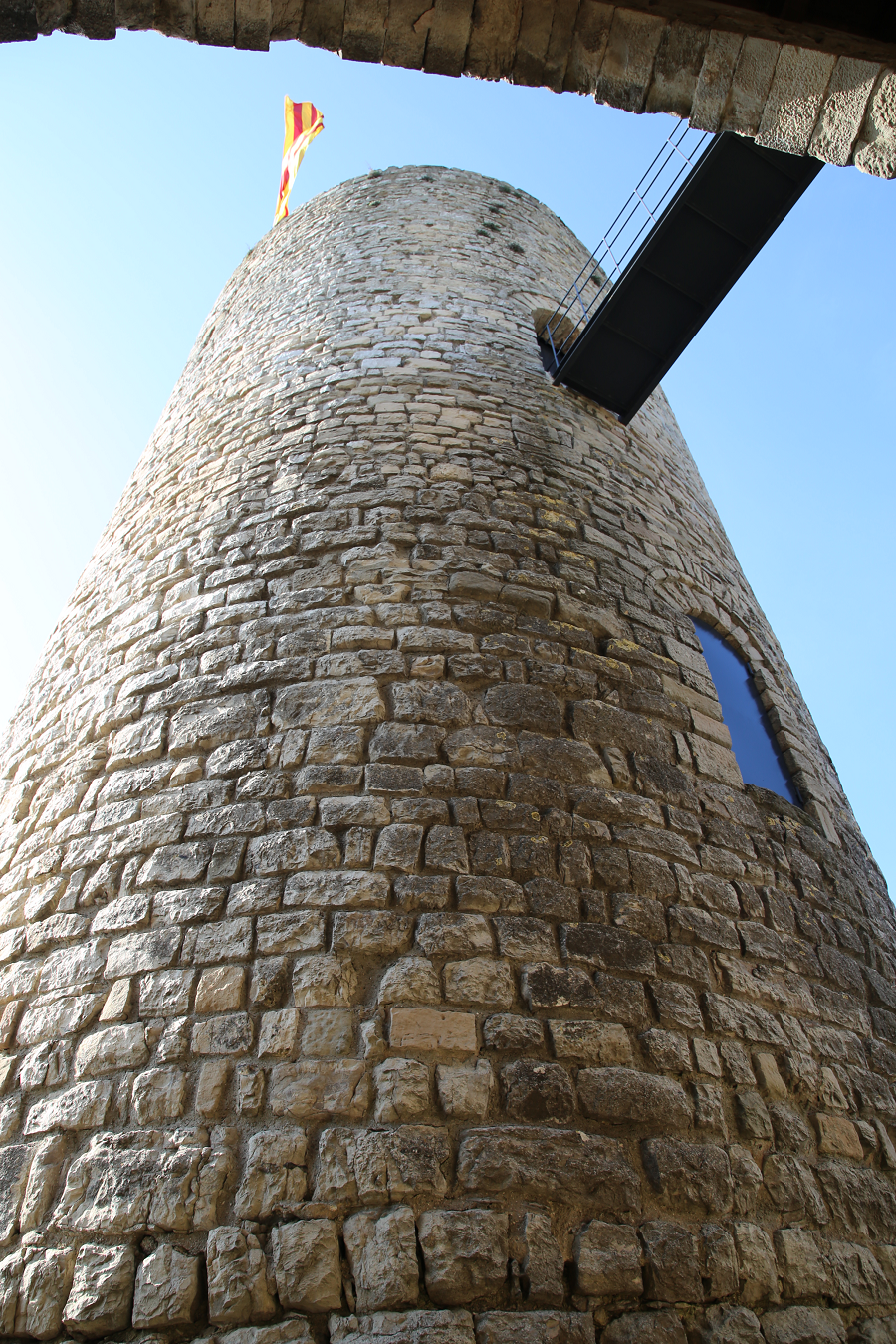 The first written record of Boixadors is from the year 1014 or 1015, depending on the source. It was honored by the Boixadors family since 1123, when Berenguer Bonfill de Boixadors was documented. In the 14th century, along with Llavinera and the Fortress, they formed the barony or vassalage of Boixadors. In 1425, when Ramon Berenguer de Boixadors died without descendants, the barony passed to one of his sisters married to Arnau de Foixà. The Foixà-Boixadors maintained the barony until the end of the jurisdictional lordships in the 19th century. 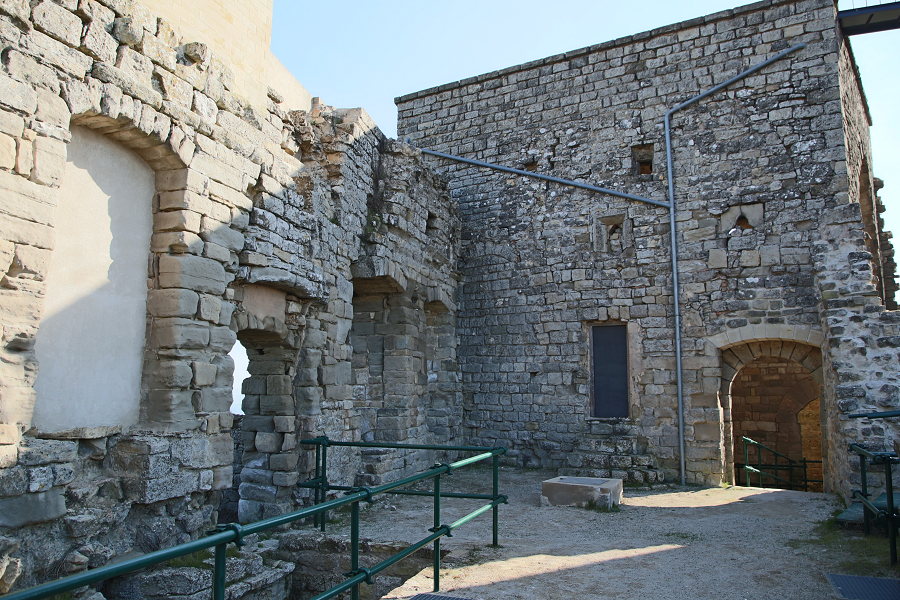 The oldest document referring to the church dates from 1015. In the 12th c. it appeared mentioned in relation to parishes of the bishopric of Vic. From the main branch of the lords of Boixadors sprang secondary branches, like the Foixà-Boixadors that from 1425 owned the castle. Later it passed to the domain of the Salvà in 1622 and the Xatmar in 1725. 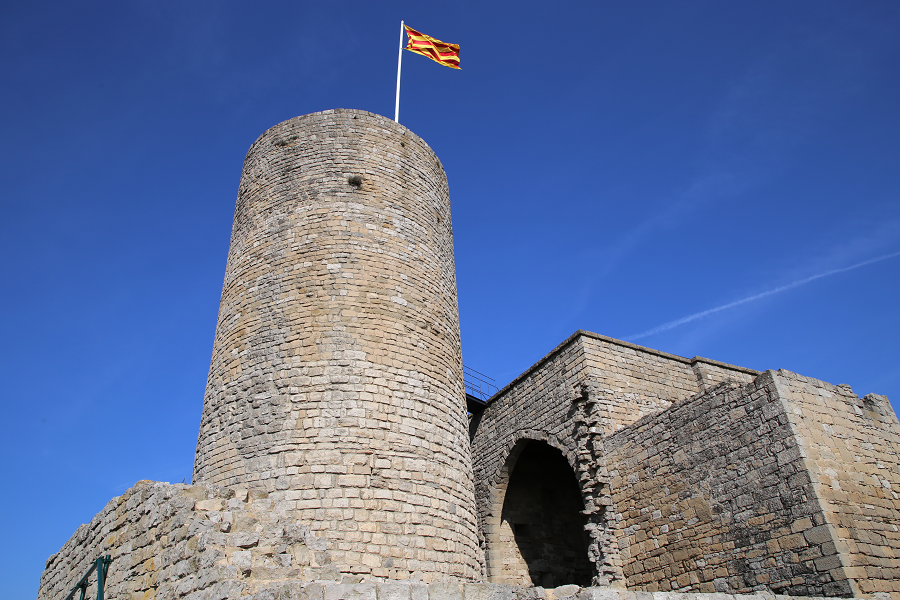 In 19th c. the church lost parochial functions. The complex of the church and the castle of Boixadors were declared a cultural asset in 1949. Assigned to the Town Hall of Sant Pere Sallavinera, since 1971 the Diputació de Barcelona has carried out several restoration campaigns.