The EE-9 Cascavel (Rattlesnake) is a six-wheeled Brazilian armoured car developed primarily for reconnaissance. It was engineered by Engesa in 1970 as a replacement for Brazil’s ageing fleet of M8 Greyhounds.

Cascavel Mk II: Popularly nicknamed Cascavel Gordo (fat rattlesnake) for its wide turret ring, this was Engesa’s first export model and entered service with Qatar, Bolivia, the Sahrawi Arab Democratic Republic, and Libya. It was equipped with an H-90 turret adopted from the Panhard AML-90 and an automatic transmission. 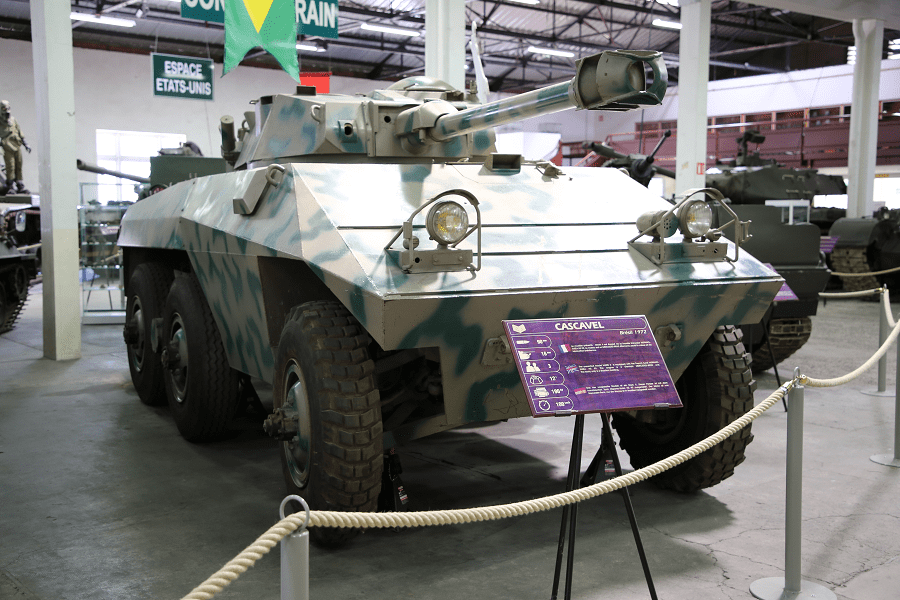 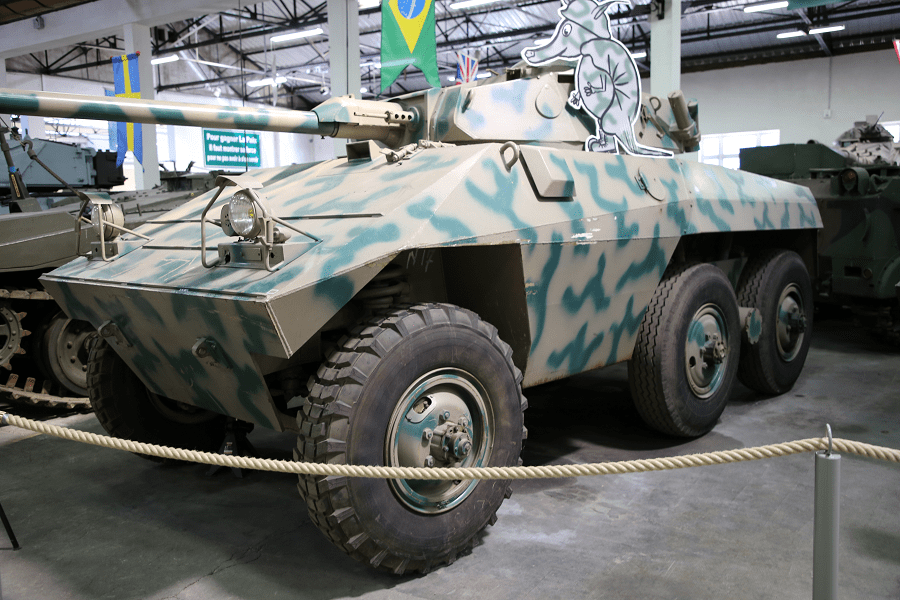