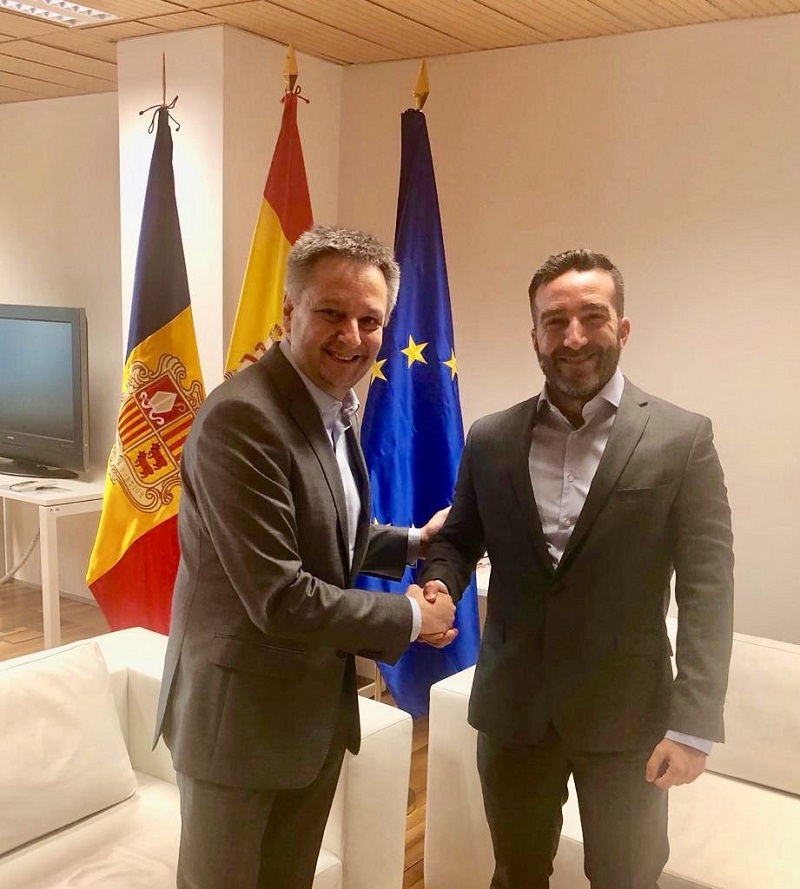 Gilbert Saboya, the Andorran Minister of Economy, Competitiveness and Innovation, visited Madrid to meet Francisco Polo, Spanish Secretary of State for Innovation, to discuss the experiences of both countries in innovation. The two officials exchanged views on their government’s policies and actions to support innovative companies.

In addition, exchanges took place with the General Secretary for Transport in Spain, María José Rayo, to set up next spring’s flights with the GPS system at the airport of Andorra – La Seu d’Urgell. The Andorran Minister said that airlines are interested to open several regular lines from the airport of Andorra – La Seu to various European cities.