The Abbey of St. Mary of Lagrasse founded in 779 • All PYRENEES · France, Spain, Andorra 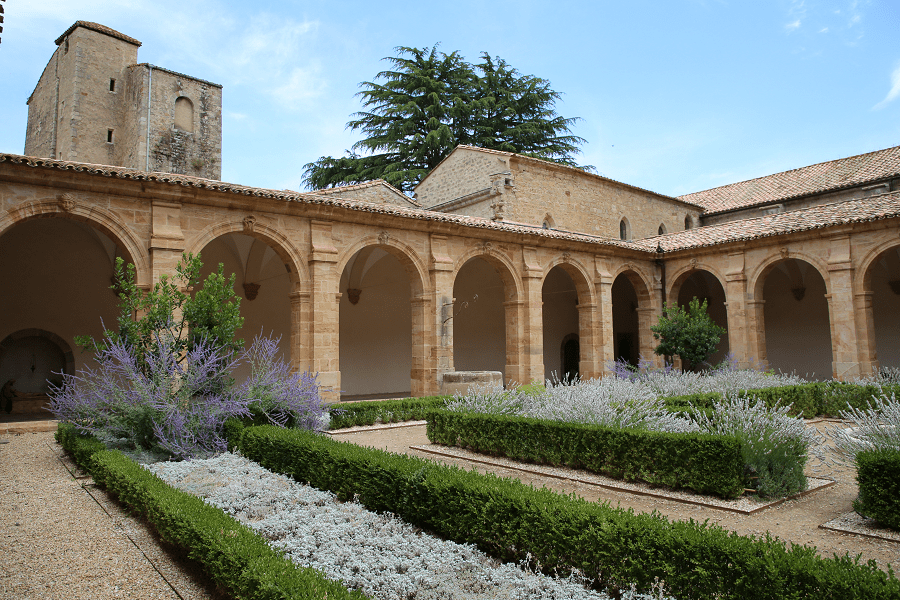 The Abbey of St. Mary of Lagrasse (fr. Abbaye Sainte-Marie de Lagrasse or Abbaye Sainte-Marie-d’Orbieu) is a Romanesque abbey in Lagrasse village, southern France, whose origins date to the seventh century. It was originally a Benedictine monastery, but since 2004 has been home to a community of canons regularly.

Lagrasse abbey is about 100 km from Perpignan, 40 km from Narbonne, 30 km of Carcassonne. It lies in the valley of the River Orbieu, at the foot of the Pyrenees.

The monastic community was founded in the seventh century by the abbot of Narbonne, Nimphridius, who adopted the Rule of Saint Benedict. It was elevated to the rank of abbey in 779 and enriched quickly thanks to donations from lords from the neighbourhood and the county of Barcelona, acquiring lands, castles, priories and other assets. During the twelfth century it ruled over a large territory encompassing the dioceses of Toulouse and Béziers and the county of Urgell. During the thirteenth to fifteenth centuries, it was reinforced and fortified due to the many wars, and there was a decline in religious life.

In 2004, the Canons Regular of the Mother of God, a community of canons regular, moved into Lagrasse Abbey, occupying the larger lot comprising about three quarters of the building. The community, the majority of whom are priests, live in common under the Rule of St. Augustine, and dedicate their lives to the liturgy, which they celebrate in the pre-Vatican II form, and to evangelization. Common life, contemplative life and apostolic life form the three facets of their charism.

The part of the abbey in public ownership comprises the thirteenth century abbot’s house with a small cloister, the abbot’s chapel, the monks’ dormitory, the north transept of the church and a lapidary museum.

The Romanesque church was built in the eleventh century, with a single nave ending in a presbytery, with a transept and three small apses. There is a new church and a new abbot palace (eighteenth century). Restoration works in the cloister (also from the eighteenth century) have found remains of an ancient Romanesque portal with a marble sculpted arch, attributed to the Master of Cabestany. 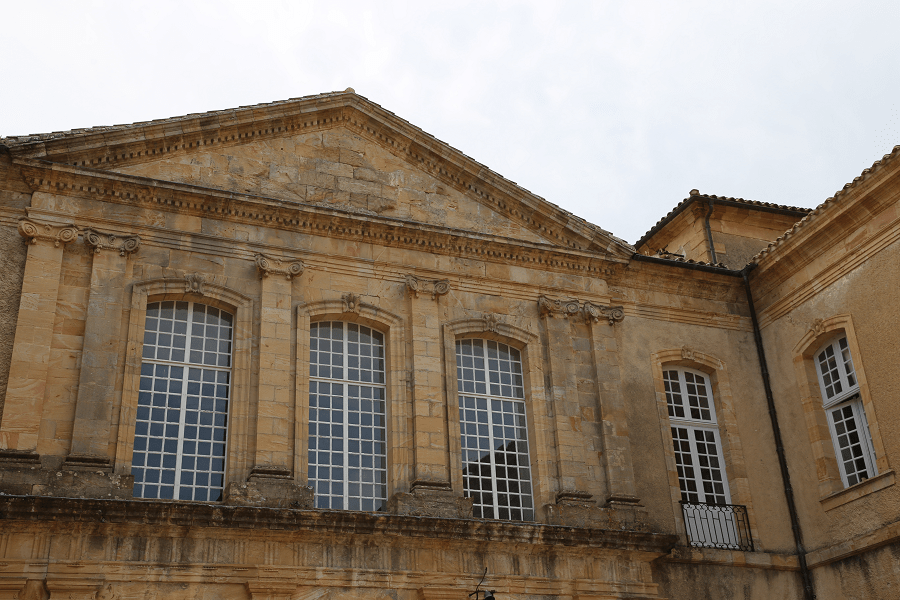 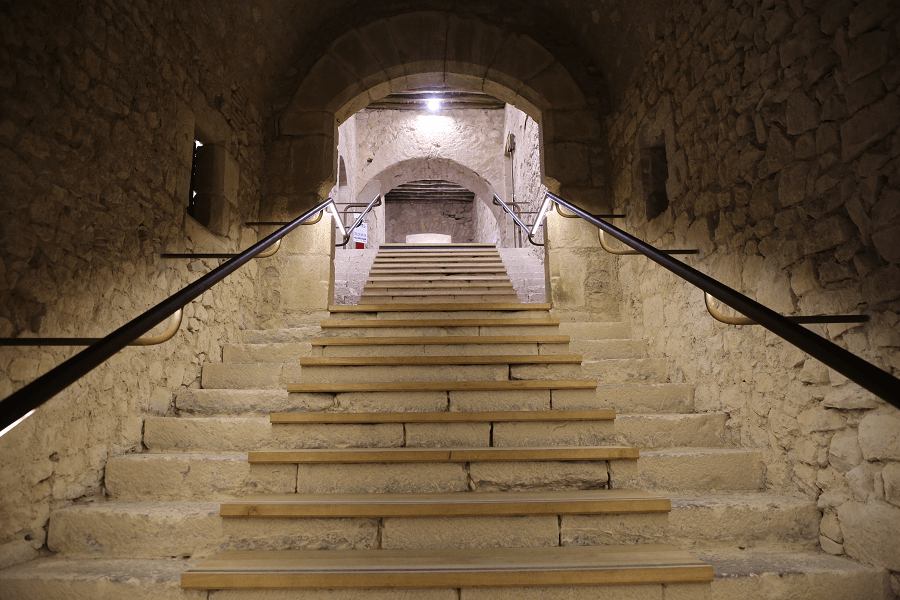 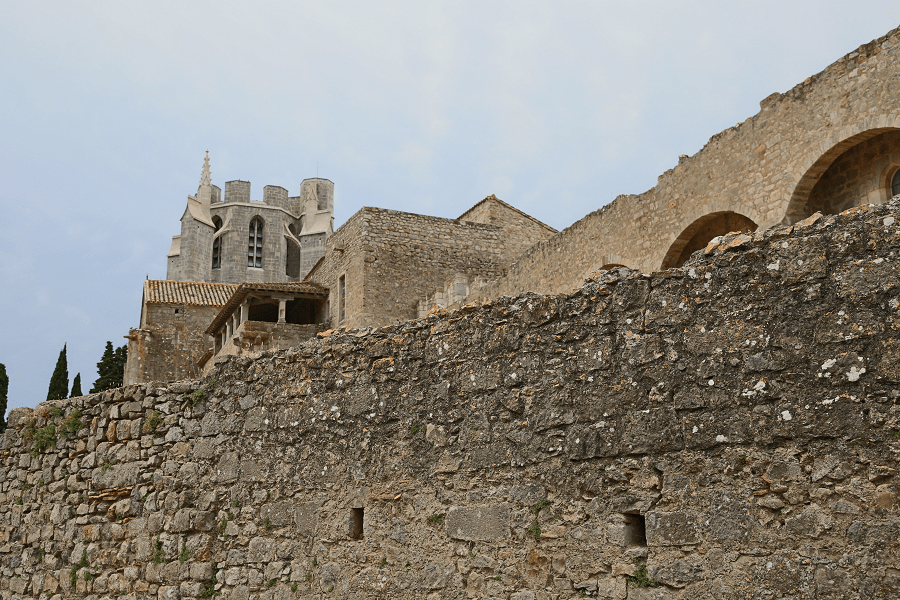 The Lagrasse Abbey is divided into two parts which can be visited independently of each other:

The public part, administered since 2005 by the Departmental Council of Aude including the courtyard, the abbot’s home and chapel, the monks’ dormitory, the north transept of the church and a lapidary museum.

The private part, also called “Abbaye Canoniale Sainte-Marie”, administered since 2004 by the Canons. Entrance: through the large wrought iron gate overlooking the 18th century courtyard. This part comprises about 3/4 of the buildings, with the abbey church, the cloister, the 18th century convent buildings, the south transept and the garden (medieval and Renaissance). Due to the works, the transept, the tower and the garden cannot be visited at the moment. 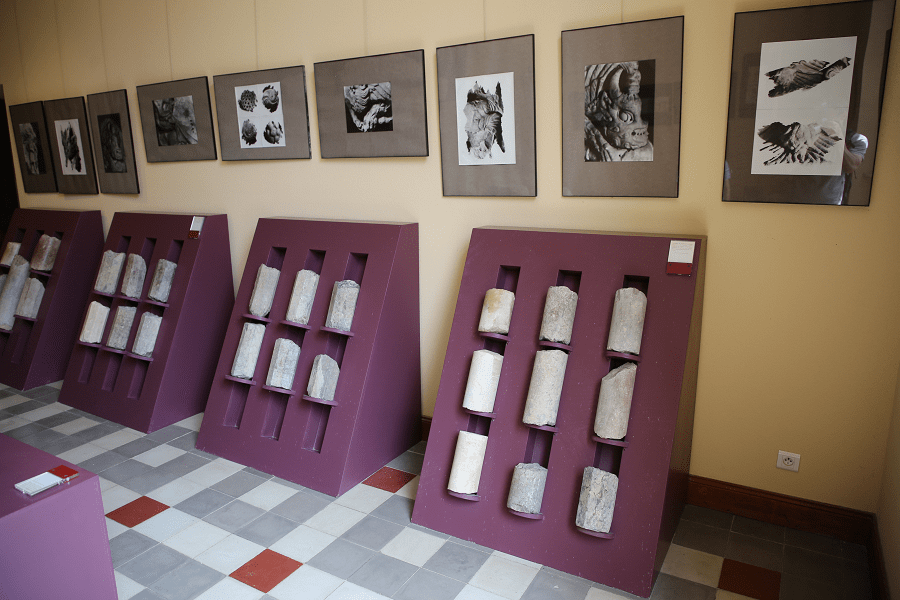 Lagrasse village is part of the Les Plus Beaux Villages de France (“The most beautiful villages of France”) list. 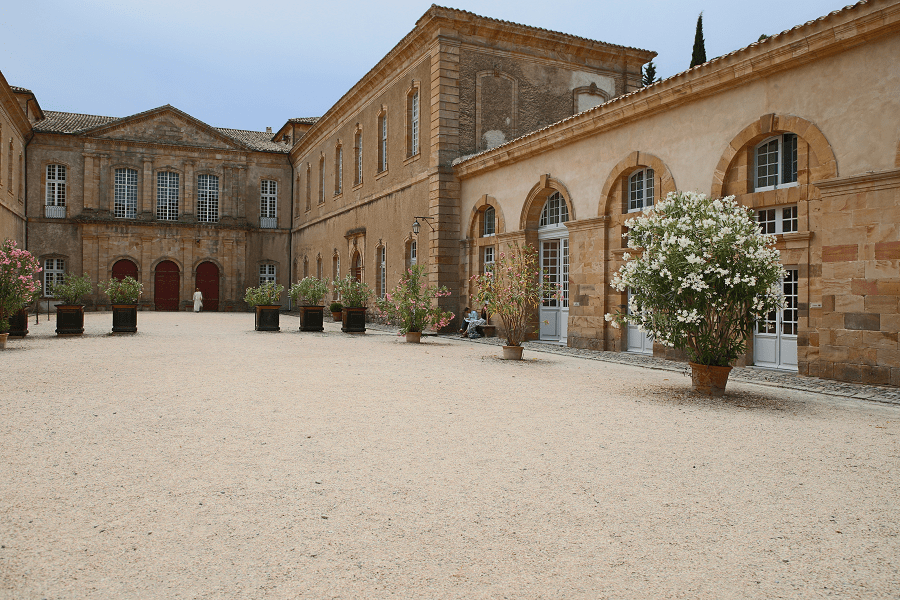 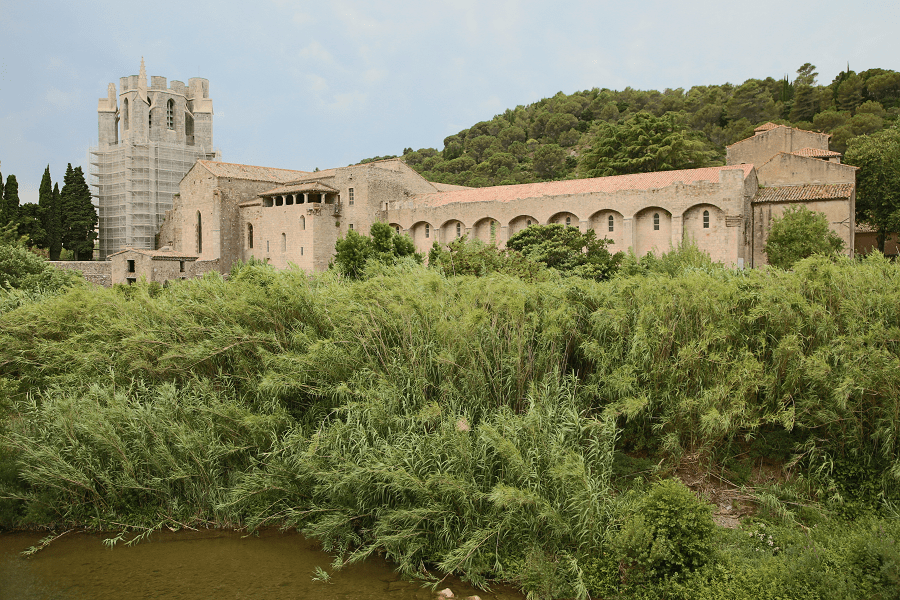 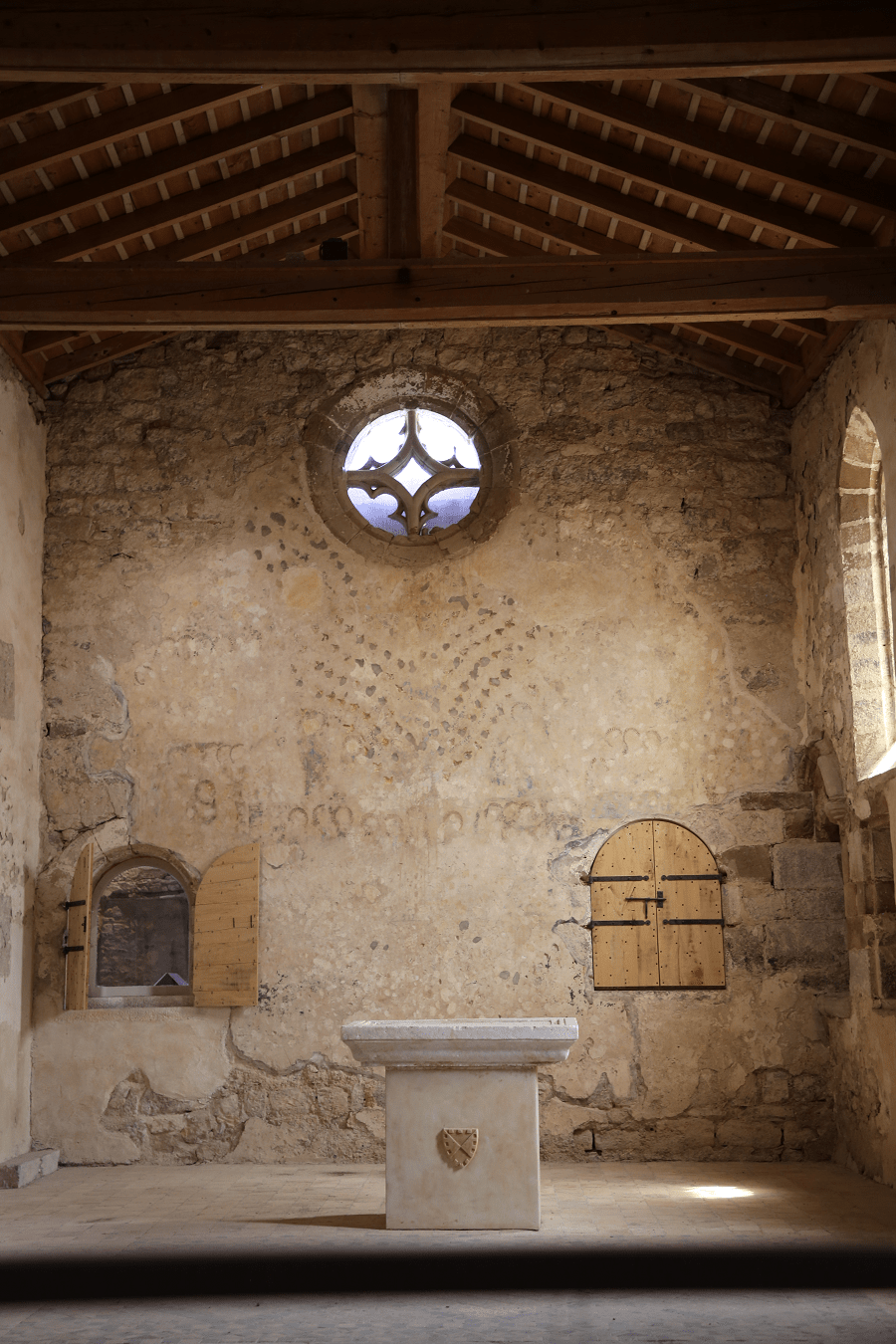 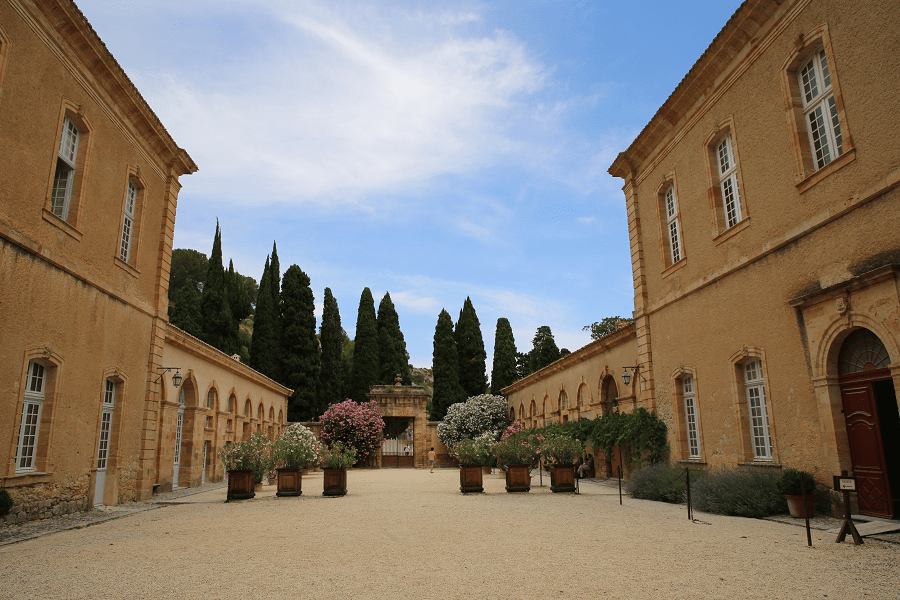 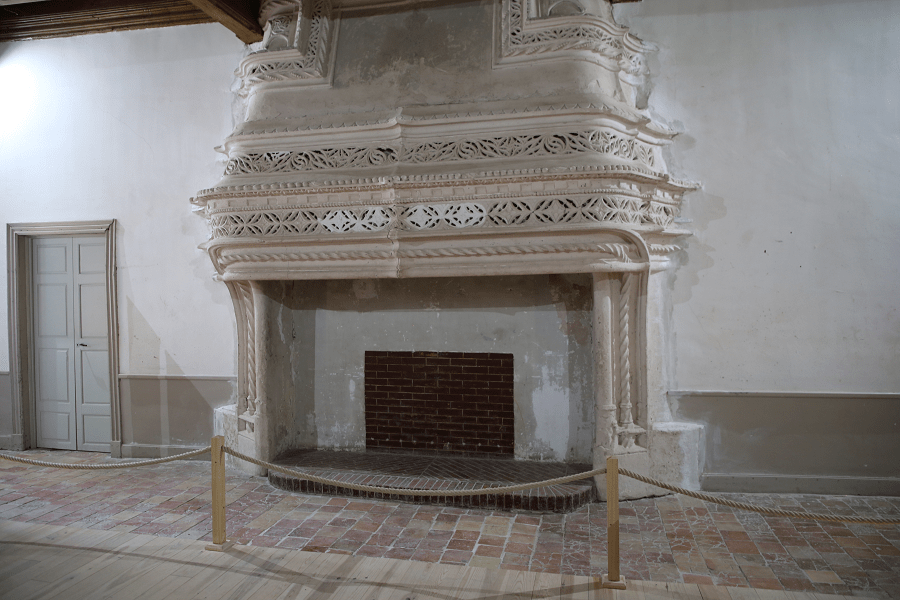 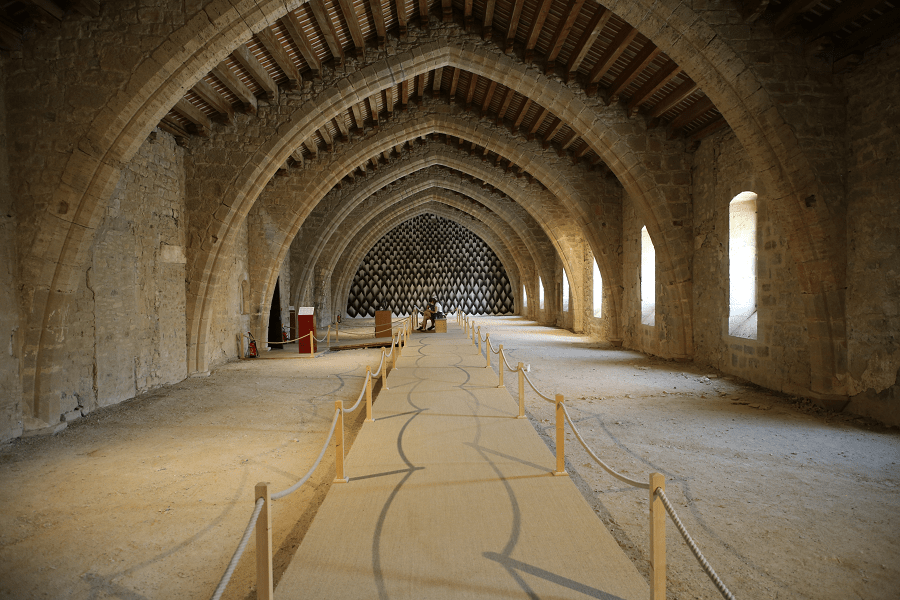 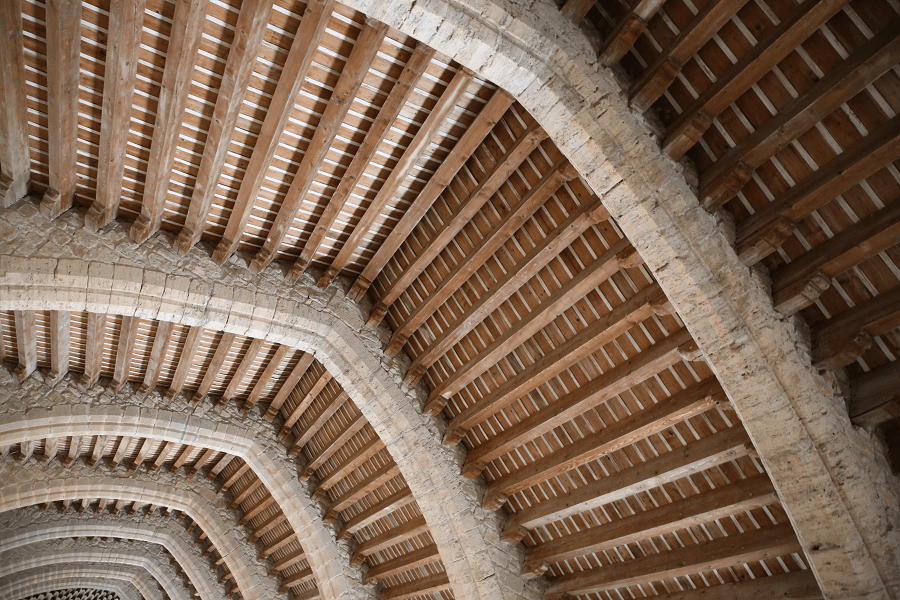