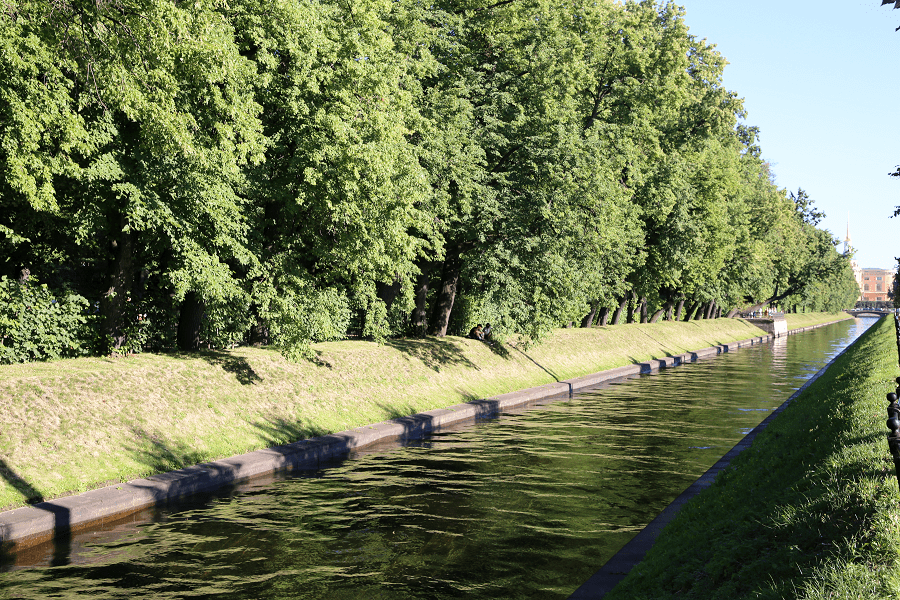 The Swan Canal (Russian: Лебяжья канавка) is a waterway located in Saint Petersburg. Dating from the early years of the foundation of the city, it connects the Moyka and Neva Rivers.

Originally built as part of a system of drainage canals, the Swan Canal replaced a shallow river that flowed between the Summer Garden and the area that became known as the Field of Mars. The canal was dug between 1711 and 1719, and was known as the Summer Canal or Summer Garden Canal. In later years it became a popular habitat for swans, from which it eventually took its name. The canal has undergone repairs and reconstruction over its existence, deepening the canal, and replacing wooden banks with granite.

Today it is used by small pleasure boats, and is crossed by two bridges, one of which, the Upper Swan Bridge, is one of the city’s oldest stone bridges.