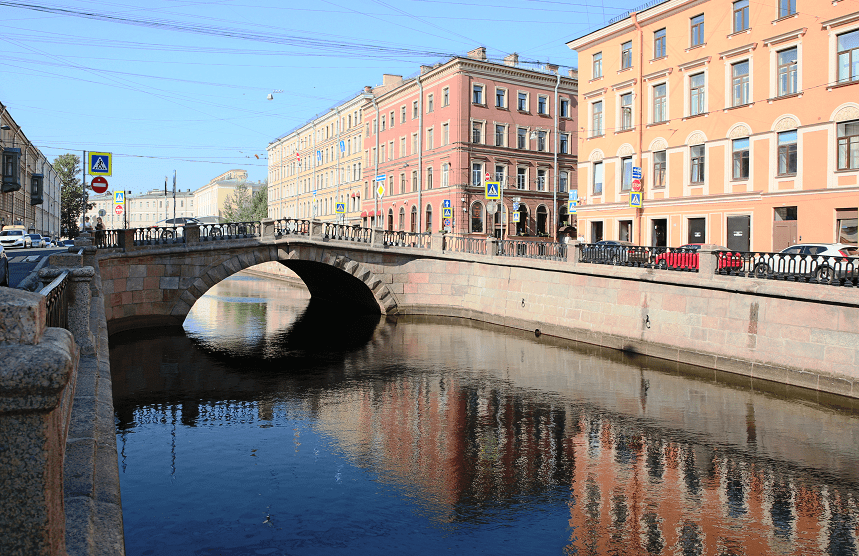 Kamenny Bridge (Stone Bridge) is a road stone arch bridge across the Griboedov Canal in the Admiralteisky District of St. Petersburg, connecting the Kazansky and Spassky Islands.

An architectural monument of federal significance and protected by the state. 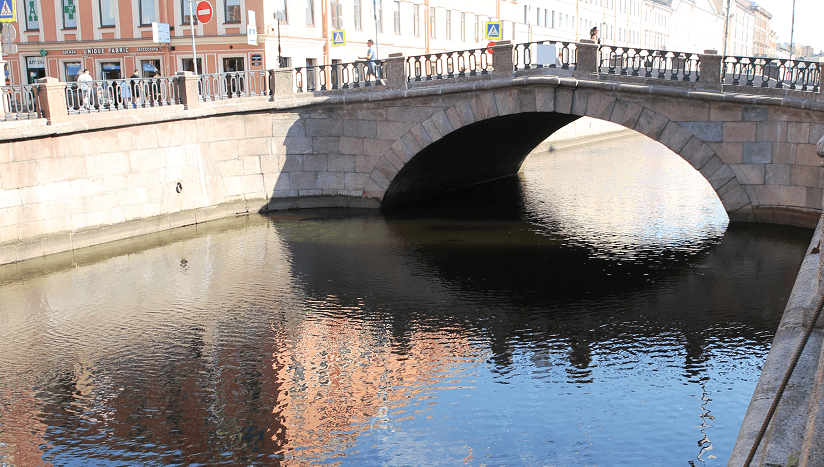 It is located along the axis of Gorokhovaya Street. Upstream is the Flour Bridge, below is the Demidov Bridge. The nearest metro station (500 m) is Sadovaya.

By 1739, there had already been a wooden bridge on this site. In 1766-1776, the bridge was rebuilt into a stone arch bridge designed by engineer V.I. Nazimov and under the supervision of engineer I.N. Borisov.

In the summer of 1880, Narodnaya Volya’s members A. I. Zhelyabov, A. K. Presnyakov and M. V. Teterka laid dynamite under the bridge to make an explosion during the passage of the carriage of Emperor Alexander II on the way from the Winter Palace to the Vitebsky railway station. The attempt, scheduled for August 16, did not take place.

The bridge is single-span stone arched. The arch of the bridge, which has a parabolic shape, is made of granite blocks. 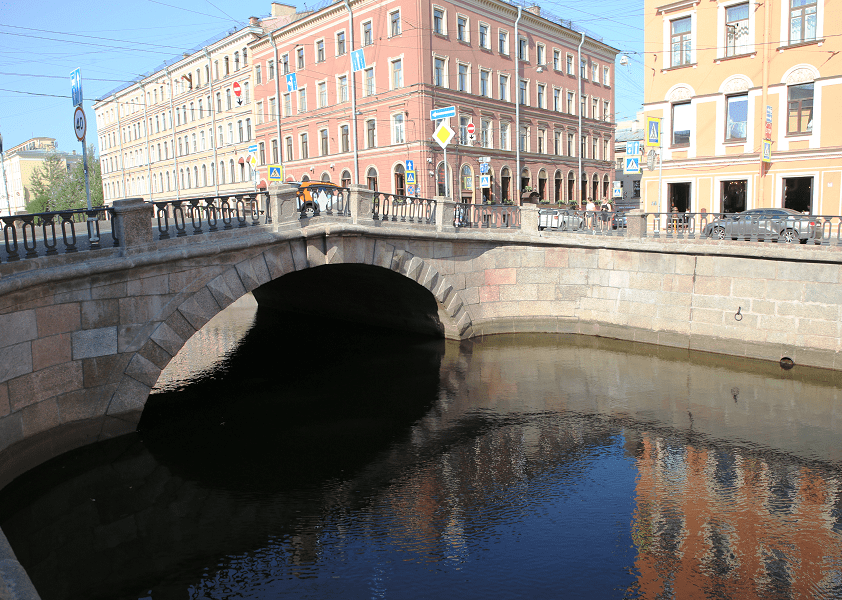 The bridge is designed for vehicular and pedestrian traffic.