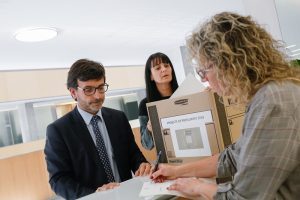 Revenues increased due to a general improvement in the economic situation, increased consumption, as well as an increase in personal income tax collection.

The income tax on real estate also increased and amounted to 2.5 million euros.

Staff costs will grow by 2.73%, which is also due to the growth of wages.