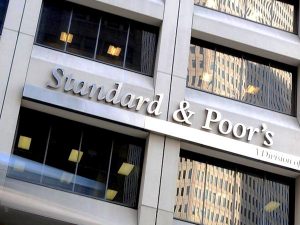 Standard & Poor’s has improved Andorra’s sovereign rating from “BBB- / A-3” to “BBB / A-2” in the long-term and short-term, and maintains a stable outlook. The rise of the rating shows a recovery of the country’s economy after the crisis with the BPA bank, as a result of which the rating was reduced to “BBB- / A-3”.

The agency notes the positive continuity of the country’s policy in the reform program, which is aimed at compliance with the standards of international organizations. The agency separately notes the economic recovery and its further growth, as well as the positive results of the reform of the tax system and the adopted key legislative acts.

The report also notes positive developments that may occur in the near future as a result of Andorra’s successful negotiations with financial institutions, in particular, with the International Monetary Fund. The agency also notes that the success of the negotiations on an association agreement with the EU can lead to further growth in the ranking of the principality.

S&P takes into account the potential risks associated with the size of the country and the weight of the financial system in the economy of the principality. In this connection, the agency also positively assesses the government’s efforts to improve control and supervision of the banking sector. In addition, S & P positively notes the adoption by Andorran banks of IFRS (International Financial Reporting Standards).

In general, S & P reduces the risk of the Andorran banking business model due to its more complienca to international transparency standards.