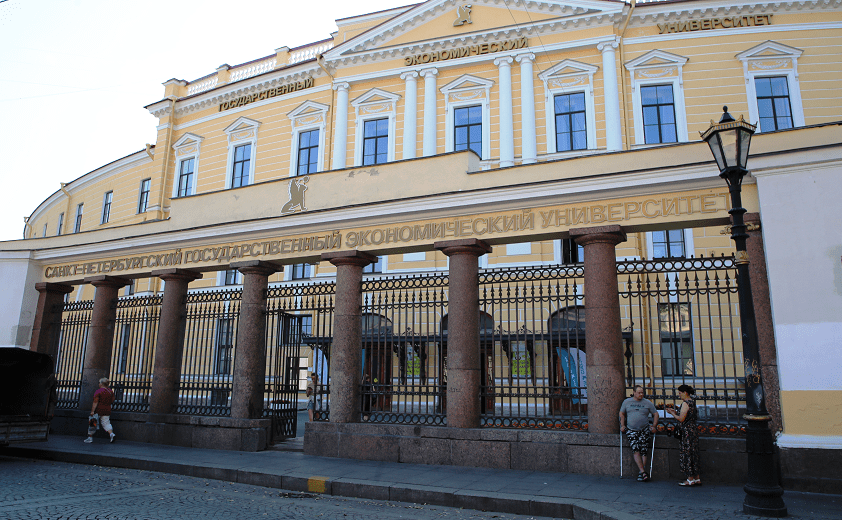 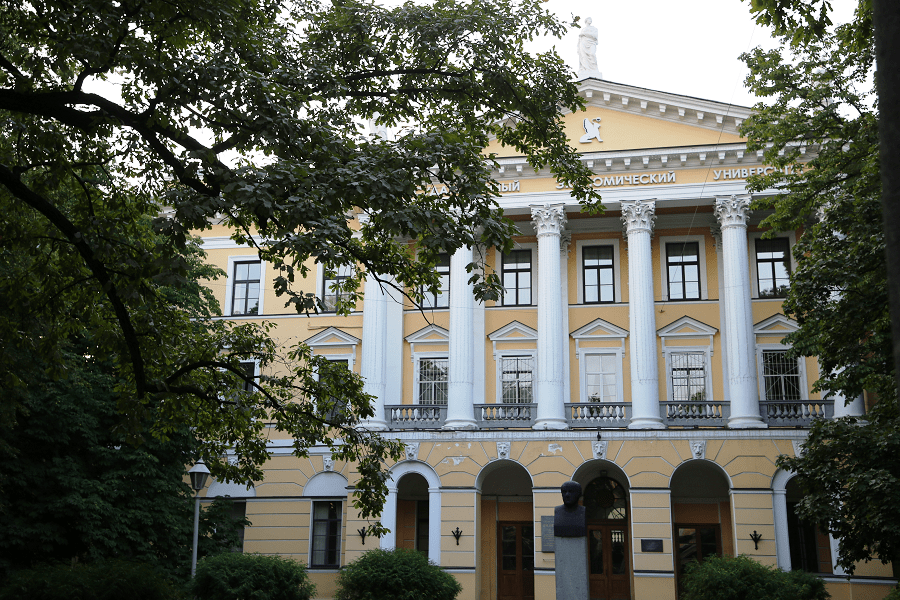 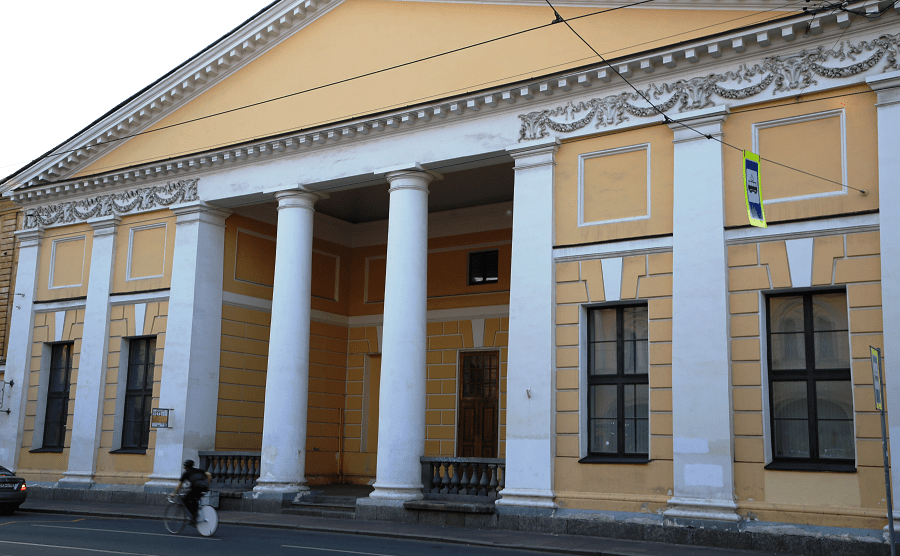 The central three-story building is located in the depths of the main courtyard. The yard is formed by a horseshoe-shaped building of bank storerooms. The pantries were connected with the central building by open colonnades-galleries.

In the second half of the XIX century the building was restored, while the storeroom building was erected on the side of the Griboyedov Canal, and galleries were built on.