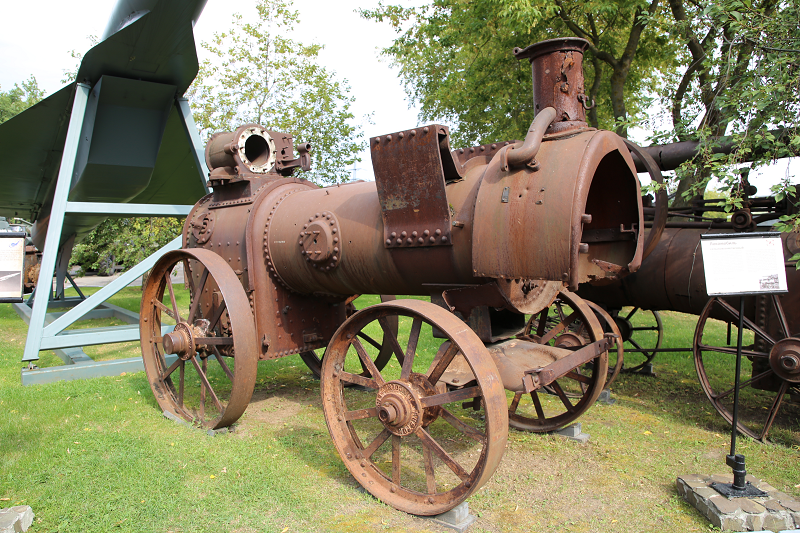 Special equipment: a traction engine agricultural (1894 model). Made in Kolomna machine-building plant. They became popular in industrialised countries from around 1850, when the first self-propelled portable steam engines for agricultural use were developed. Production continued well into the early part of the 20th century. In Russia, the production of locomobiles started in 1894 at the Lyudinovsky and Kolomna machine-building plants.