The seminar on business development and improving the investment climate of Andorra took place in Madrid • All PYRENEES · France, Spain, Andorra 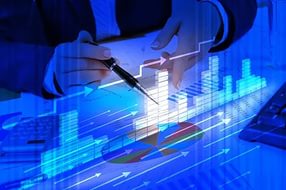 The seminar on business development and improving the investment climate of Andorra took place in Madrid. The meetring was attended by the Minister of finances of Andorra Jordi Cinca, Minister of tourism of Andorra Francesc Camp, the President of the chamber of Commerce of Spain José Luis Bonet, the Secretary of state for trade Ministry of economy and Finance of Spain Jaime García–Legaz, the Chairman of COFIDES (La Compañía Española de Financiación del Desarrollo) Salvador Marín, the President of the Club of exporters and investors of Spain Balbino Prieto, as well as representatives of business and government of both countries.

COFIDES – Spanish company for financing and development of projects abroad. The company was established in 1988, its aim is implementation of promising investment projects outside Spain.

Speaking at the seminar, Jordi Cinca has provided a new economic model of Andorra, oriented to the openness of the real sectors of the economy of the Principality to foreign investors. In his speech he noticed that the economic crisis helped the Principality to analyze the existing model and to take a course on global change, aimed at attracting foreign investors. Francesc Camp, in his turn, noted the need for further development of industries which are traditionally main sources of income (tourism, trade and construction). In addition, he believes the presence of foreign investors in such sectors as new technologies, health and education.

Analyzing the role of Spain in the economic development of Andorra, Balbino Prieto noted that his compatriots in recent years registered in the Principality more than 800 companies. Summing up the seminar, Jaime Garcia–Legas noted that “both countries have excellent business relation and a promising future. “A new economic model of Andorra contributes to the improvement of the investment climate and business relations not only with Spain but also with the whole world”, he concluded.