Skiing under the moon is a new experience that attracts more and more tourists, explains the commercial and marketing director of the Spanish ski resort Masella, Maite Marti i Pla • All PYRENEES · France, Spain, Andorra 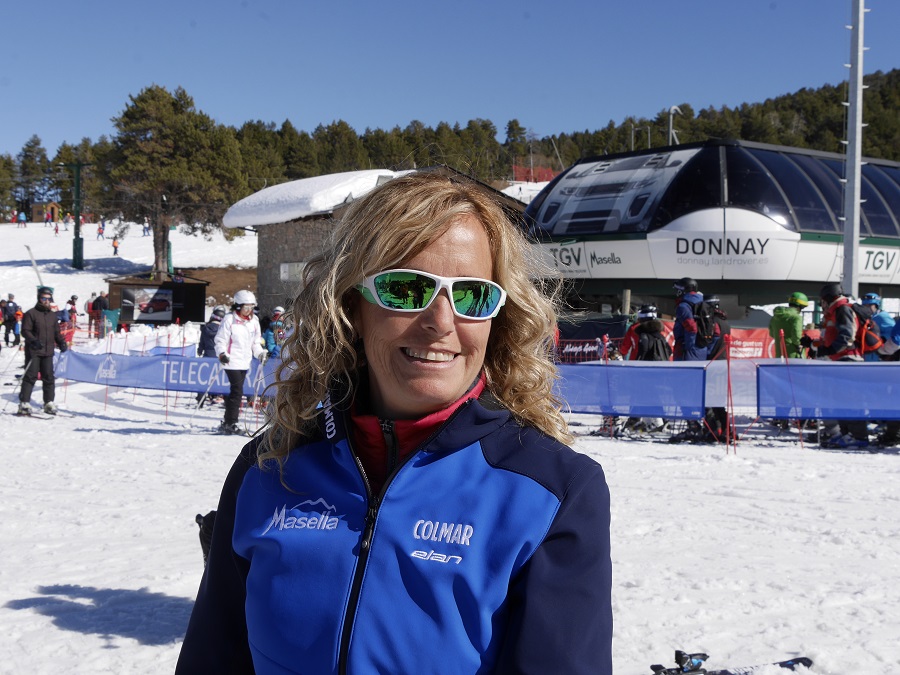 Masella is the second largest ski resort in Catalonia and the fourth in Spain. It is known as the night skiing capital of the Pyrenees. Here you can take part in an exceptional experience on two days of the week – Thursday and Saturday. Maite Marti i Pla spoke to all-andorra.com about the resort’s special features:

The annual turnover of Masella’s infrastructure is about 10 million euros, with the amount increasing every year.

At Masella, there is a ski school, in which more than 100 instructors work.

A distinctive feature of Masella is that about 90% of its ski runs cross through the forest.

Thanks to the artificial snow infrastructure, we were the first ski resort in the Pyrenees to open the season, which happened on November 10, 2017. And we will do our best to be the last – closing the season is scheduled for May 1, 2018.

Masella is the second ski resort in Catalonia for the number of visitors. In first place is Baqueira-Beret with 86 km of ski slopes and 700 000 visitors a year. In February, we reached 45,000 visitors per week. Last season 400,000 people visited our ski resort.

If we talk about Spain as a whole, we are in fourth place. The most popular ski resort in Spain is Sierra Nevada, Andalusia, 32 km from Granada. In second place – Baqueira Beret, and in third – Formigal, in the Western Pyrenees.

Most of our visitors are Spaniards. During the school holidays we also have a lot of tourists from France.

Masella is located next to the public ski resort La Molina – one of the first ski resorts to be opened in Spain (in 1943). The two ski resorts create a 142 km skiable area. The stations are connected by a gondola Alp 2500, as a distance of three kilometres separates them. However, to ski in both areas you need to buy different packages or to pay additional 3 euro per day to buy a common ski pass (our ski pass costs 43 euro).

Next weekend, for example, we will host a unique contest “12 hours of non-stop skiing”. We can organize it thanks to the fact that we have the infrastructure for skiing at night – this being a completely different sensation that attract more and more tourists each year. The competition will take place between 8:00 and 20:00, and will include a descent on a red slope. In total, 150 participants have registered, with each team being comprised of three people. It’s possible to compete alone – but it’s more than 130 tracks … Make sure you don’t miss it! Such a competition can only be seen at our resort”.