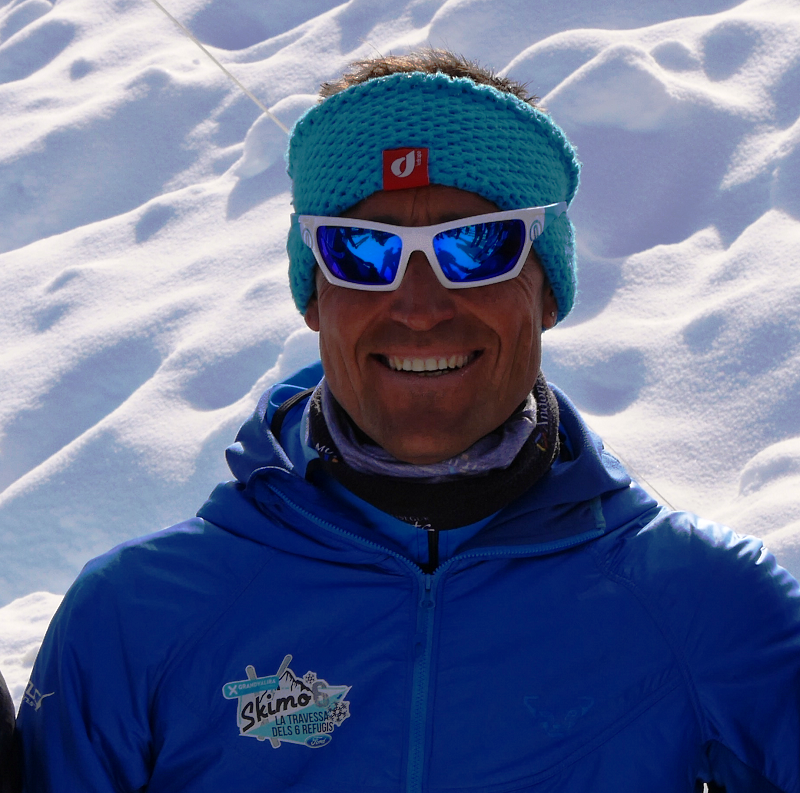 Ski mountaineering SKIMO6 took place in Andorra on 5th March. The organizer of the event Gerard Riart tells all-andorra.com that from year to year this kind of sport becomes more popular in Andorra:

“This year 180 teams participated in the competition (2-3 people in each: men, women and mixed teams), in total 460 people participated. For comparison: last year SKIMO6 was attended by 110 teams and 260 runners. This year was incredible: we opened the record on 12th December, and closed it at noon the next day, because as in this short period of time the maximum number of participants was accumulated in the list.

The cost of participation this year was 62 euros including the gifr from the main sponsors: professional ski mountaneering trousers, breakfast before the start and lunch in the finish area. In addition, each participant who reached the finish, got a SKIMO6 CUP.

Most of the participants came here not to compete, but to enjoy. After all, the route passed through the marvellous valley of Madrid-Perafita-Claror, a natural heritage of UNESCO.

The competition started at 8:00 in Naturlandia, finished at Grau Roig sector, Grandvalira ski resort. The route ran through the peak Negre (Pic Negre), the gorge de la Miana (la Collada de la Maiana), Lake Ilya (estany de l’Illa) and the gorge of Montmalus (Collada de Montmalús). The length of the route was 30 km, the maximum point of the route was 2000 meters.

The very first participants to reach the finish line were Miguel Caballero and Pere Rullan. Their result is 3 hours and 40 minutes. The winners of the mixed team were Maria Fargues and Jordi Solé, 3 hours 53 minutes. Women’s winners were Marta Riba and Tina Bes, 3 hours 56 minutes. The last team that crossed the finish line, passed the whole route in 9 hours and 50 minutes.

I believe that the organization was held at a high level. The event involved more than 100 people (representatives of the Red Cross, mountain police, firemen, rescuers and volunteers). The participants were also satisfied.

Because of the growing popularity of this sport, next year we will hold two competitions: one-day (along the same route) and two-days (along the route Naturlandia – Grau Roach and Grau Roch – Arcalis).

There are plans for the summer as well. This year we will celebrate the 40th anniversary of the “Multisegur Volta als ports d’Andorra” – a sport event for racing cyclist. The date of the event is July 16. The maximum number of participants is 1500 people. The route will pass from la Massana to the peak of Arcalis (2236 m). The record is still open. ”

Look here for the photo gallery