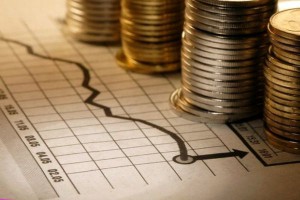 The head of the government of Andorra Antoni Martí made three-hour report at a meeting of Chamber of Commerce and Industry of the principality. The report was devoted to the main aspects of the reforms which take place  in Andorra now and some new legislative initiatives.

As for the forthcoming changes, first of all, they will concern labor relationship between the worker and the employer and pension assignments. The head of the government suggested to index a minimum level of a salary: now it makes €962 (gross) in a month, after indexing there will be an increase to €1.021. The average salary in the principality makes today €2.042. “The economy is restored and, therefore, we will be able to resolve this issue”, – the head of the government of Andorra declared. He also added that all necessary amendments for reforming of the Labour code are already in the parliament of Andorra.

The government also intends to increase contributions to the Pension fund – from present 20% to 22% of an official salary.

Antoni Martí noted in the report that Andorra had signed by now six agreements of an exception of the double taxation (CDI). “Agreements, of course, do economy of the principality more competitive, however it isn’t enough. The present economy still depends on a special tax on tobacco (26% of revenue), and also a traditional source of the income of the principality – travel business and competitiveness of tax sector. We have to expand the list of sources of the income through the development of related sectors”, he declared. In particular, government thinks about development of health sector in the principality – an additional way of involvement of visitors. Among other plans – to open the center of obstetrics and gynecology (Institut Marquès), the oncological center (Institut Oncològic Baselga) and institute of cardiology (Institut Cardiològic Brugada) in the country.

Meanwhile, he added that the policy of the state in the sector of tourism will be directed for increasing number of tourists by 2019 to 9 million people a year.

The head of the government of Andorra in the report paid attention to a question of the forthcoming reorganization of Andorra Telecom. The company intends to diversify its business by purchase of the mobile operator of Spain that will allow to avoid services of roaming at mobile communication between Andorra and Spain. Besides,  call center Andorra Telecom plans to create about 100 additional jobs by increasing the number of staff who speak Catalan, Spanish, French and Portuguese.

And finally, Antoni Marti announced the support of the government of Andorra for a project of opening in Andorra permanent exhibition of Baroness von Thyssen paintings collection.