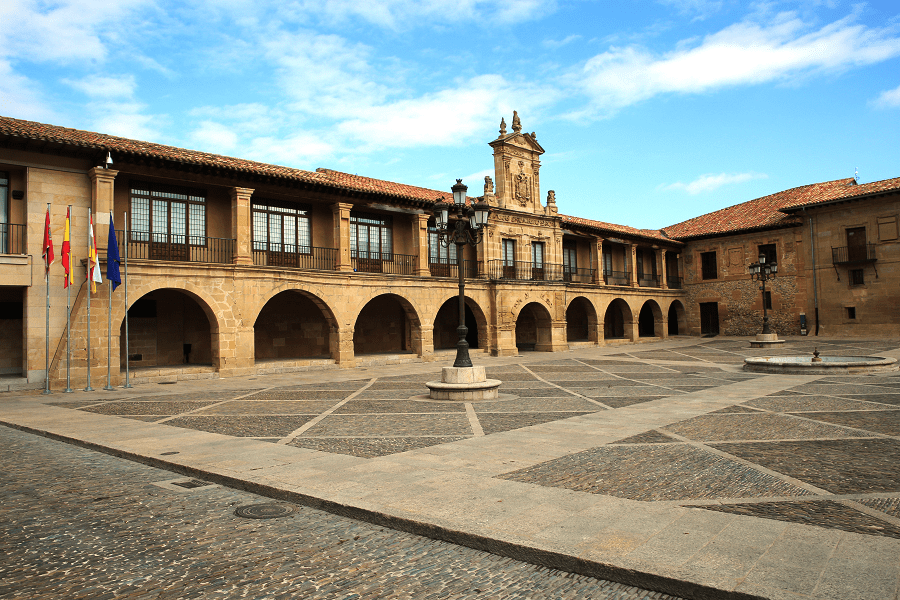 Santo Domingo de la Calzada is a city and municipality in La Rioja, Spain, situated on the banks of the Oja River. Its name refers to its founder, Dominic de la Calzada, who built a bridge, hospital, and hotel here for pilgrims on the French Way – the most popular path of the Way of St. James. 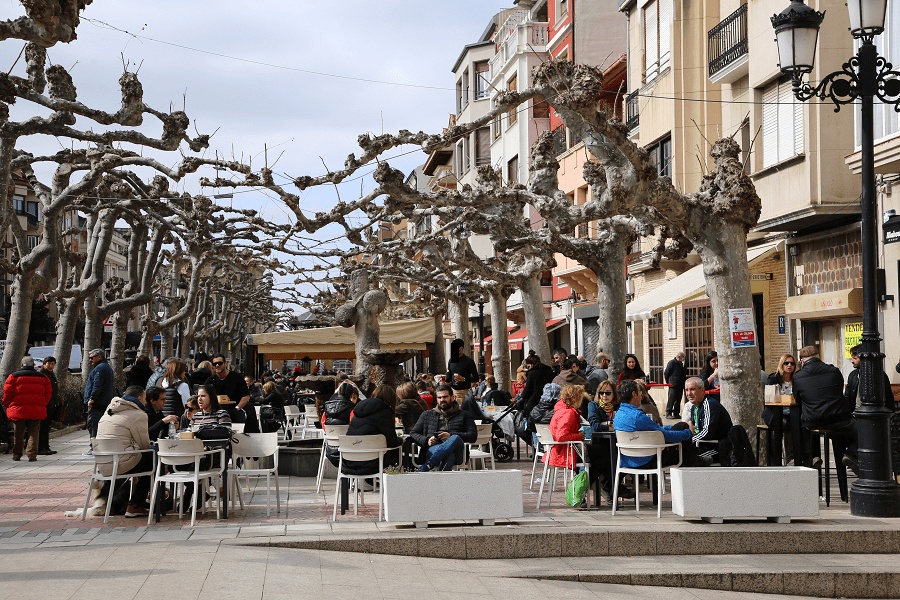 The Cathedral of Santo Domingo de la Calzada is a Roman Catholic cathedral dedicated to the Saviour and St Mary.

The building was raised to cathedral status in the 13th century. It is currently one of the cathedrals belonging to the Roman Catholic Diocese of Calahorra y La Calzada-Logroño, the others being at Calahorra and Logroño. 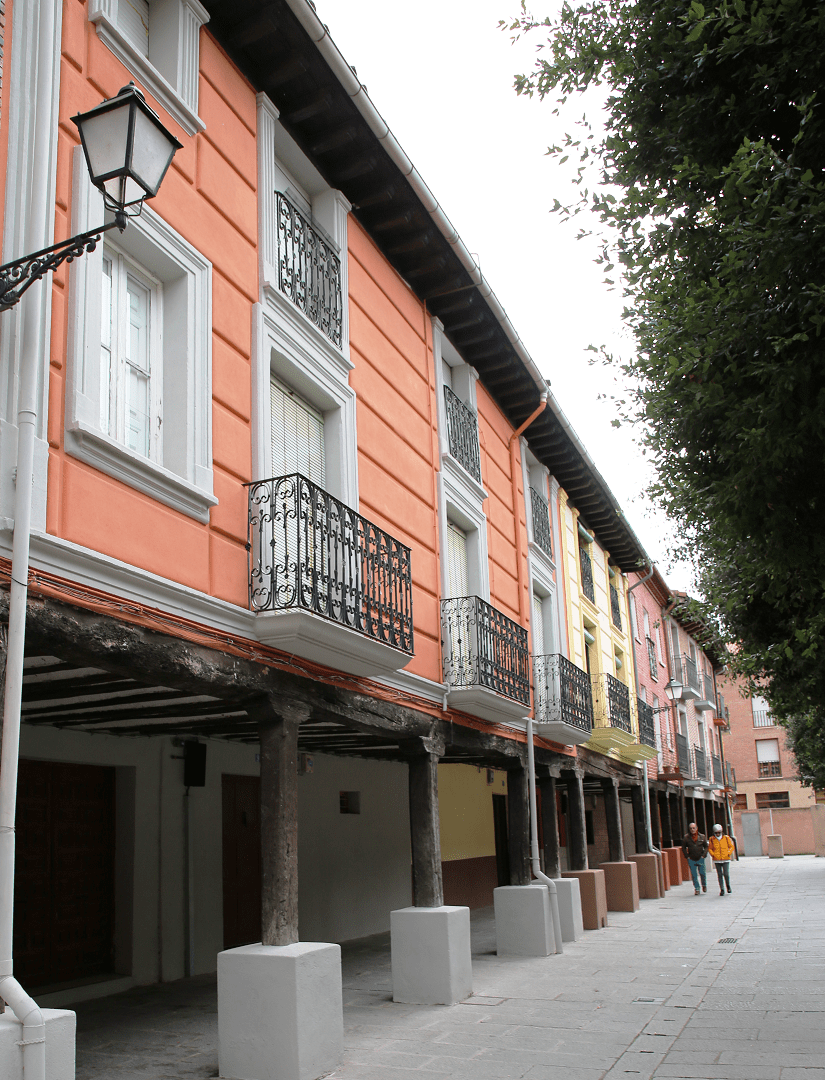 The cathedral’s facade contains statues of Emeterius and Celedonius, saints associated with Calahorra. The retable was sculpted in 1537-40 by Damián Forment in the Renaissance style. In the 20th century it was moved from the East end of the church. 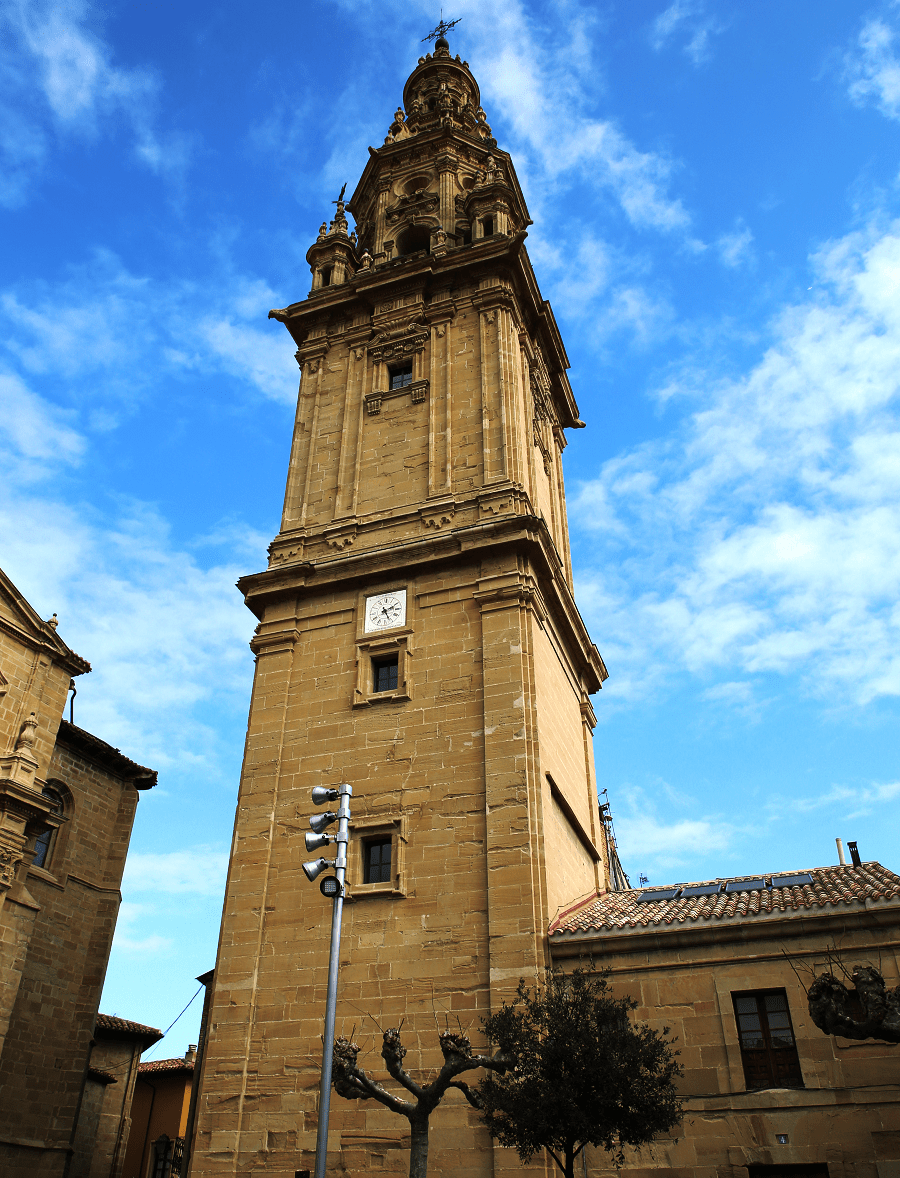 Plaza de España: It is the main square of the city, located behind the cathedral. Unlike other major squares, it does not occupy a central place in the urban planning of Santo Domingo. On the contrary, it is located to the north, bordering on the outskirts, specifically the Paseo de la Carrera or Haro road. 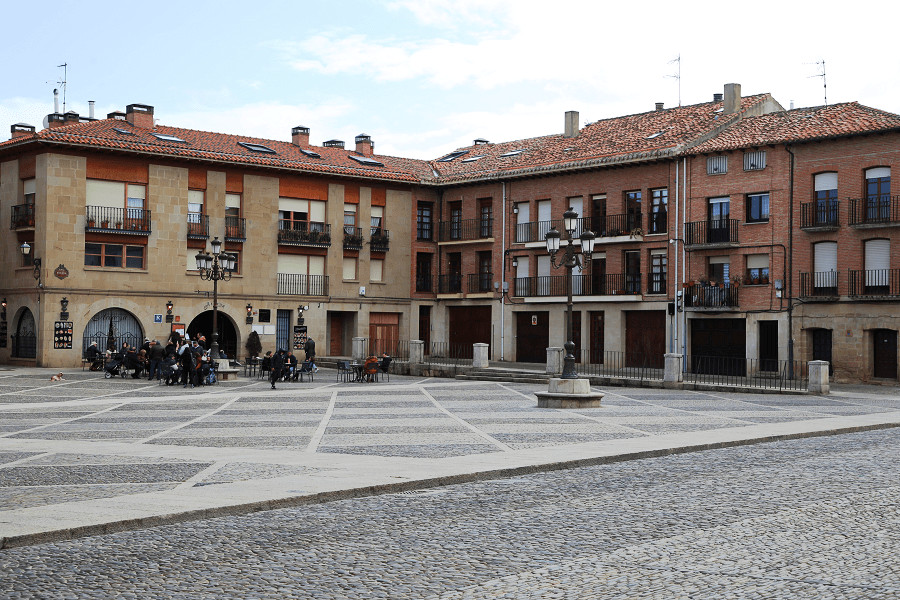 Plaza del Santo: It is located in front of the cathedral, in the center of the old town. It was in the Santo where the most important institutions were initially concentrated: hospital for pilgrims, cathedral and the old council offices with their jail. 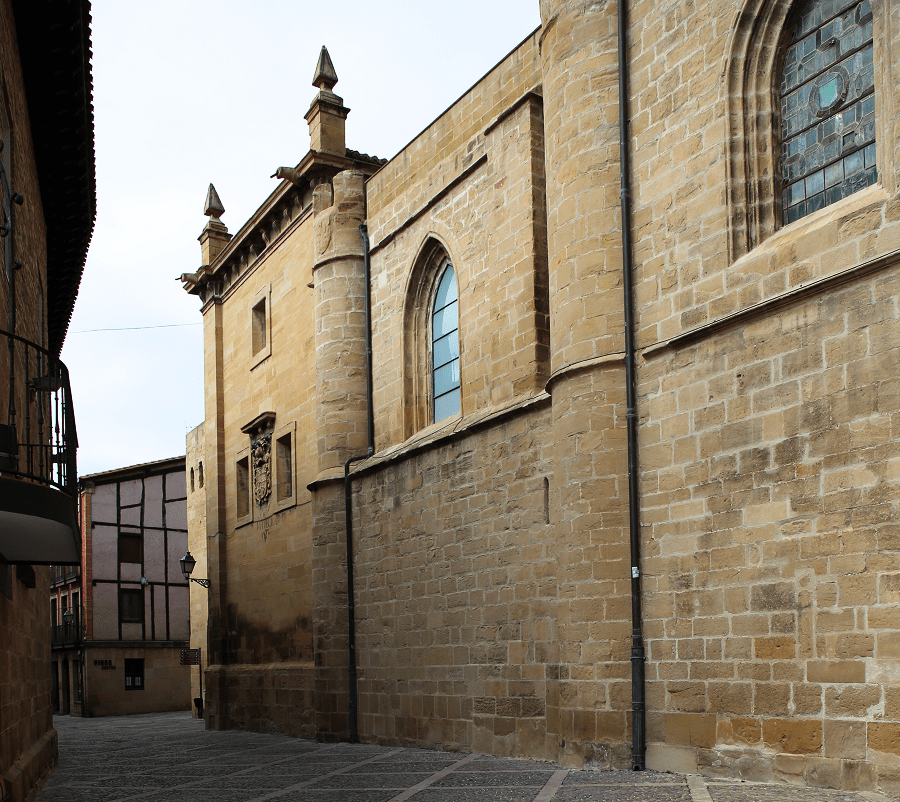 Plaza de la Alameda: The arcaded square was the market place where the gardeners sold their products and under whose arcades they sheltered from the sun and the rain. The fountain was ordered to be built by Corregidor Fernández de Ocampo, to supply the population in 1799. It comes from the neighborhood known as La Puebla and was supplied with water from the spring called “Los Mártires”. 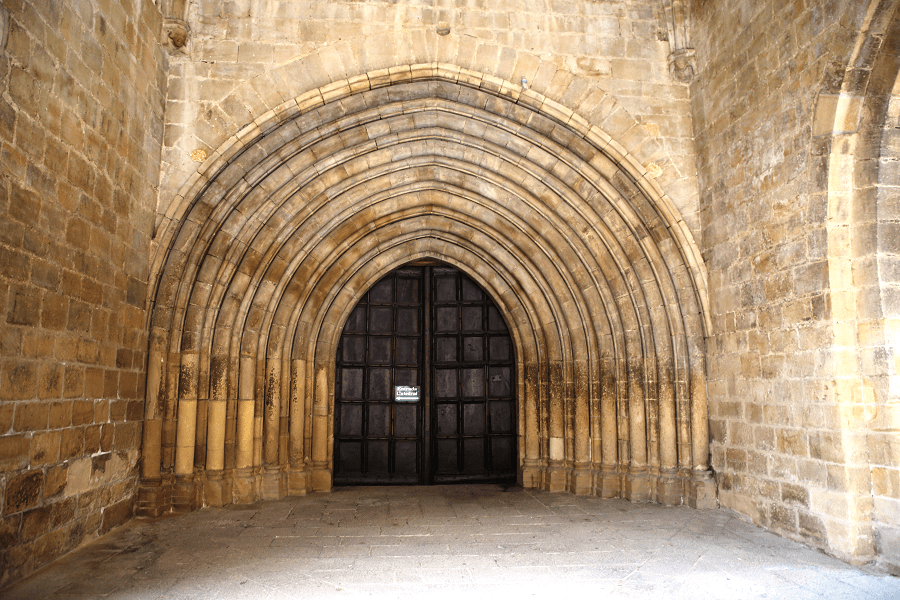 Convent of San Francisco: Built in Herrerian style, it was ordered to be built by the Archbishop of Zaragoza, Fray Bernardo de Fresneda, confessor of Carlos V and Felipe II. 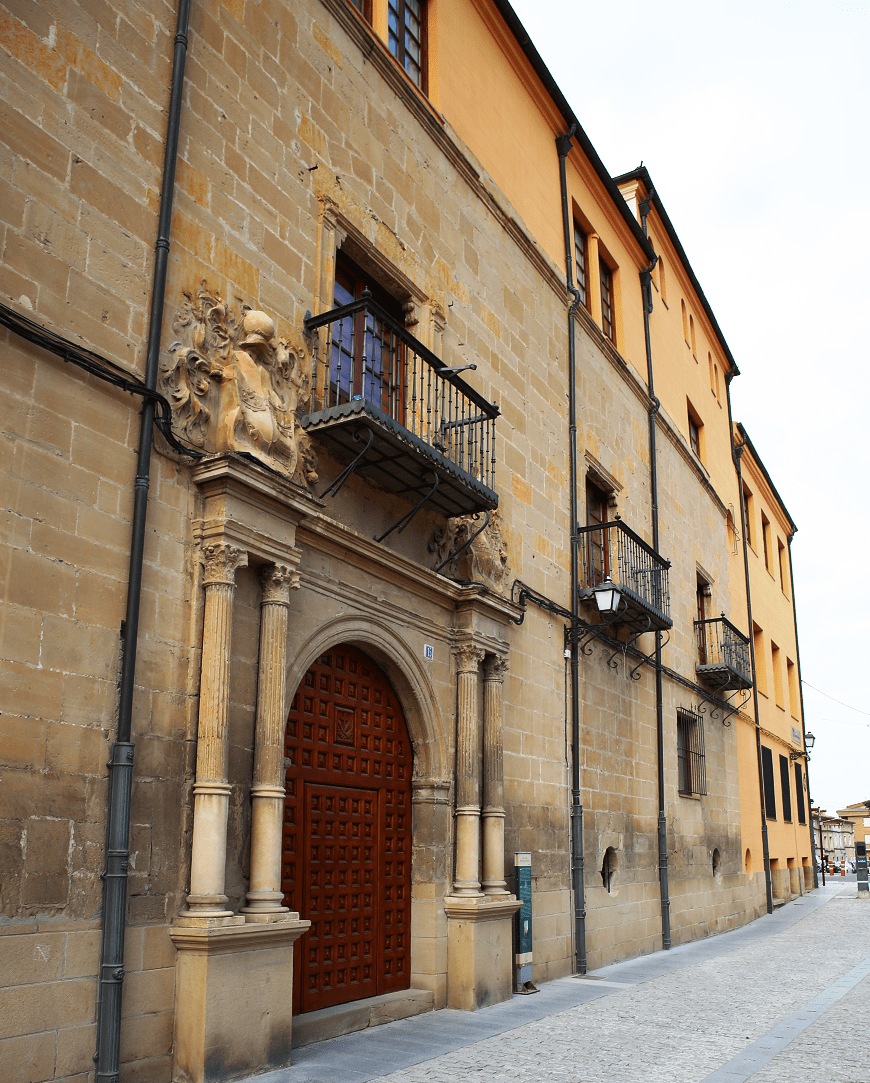 The Cistercian Abbey: The Cistercian nuns of the Royal Monastery of Abia de las Torres (Palencia) were transferred to this city in 1610, by decision of the Bishop of Calahorra and La Calzada, Pedro Manso de Zúñiga, who founded this monastery of Our Lady of the Annunciation. The church is a classicist building, the work of Matías de Astiazo. 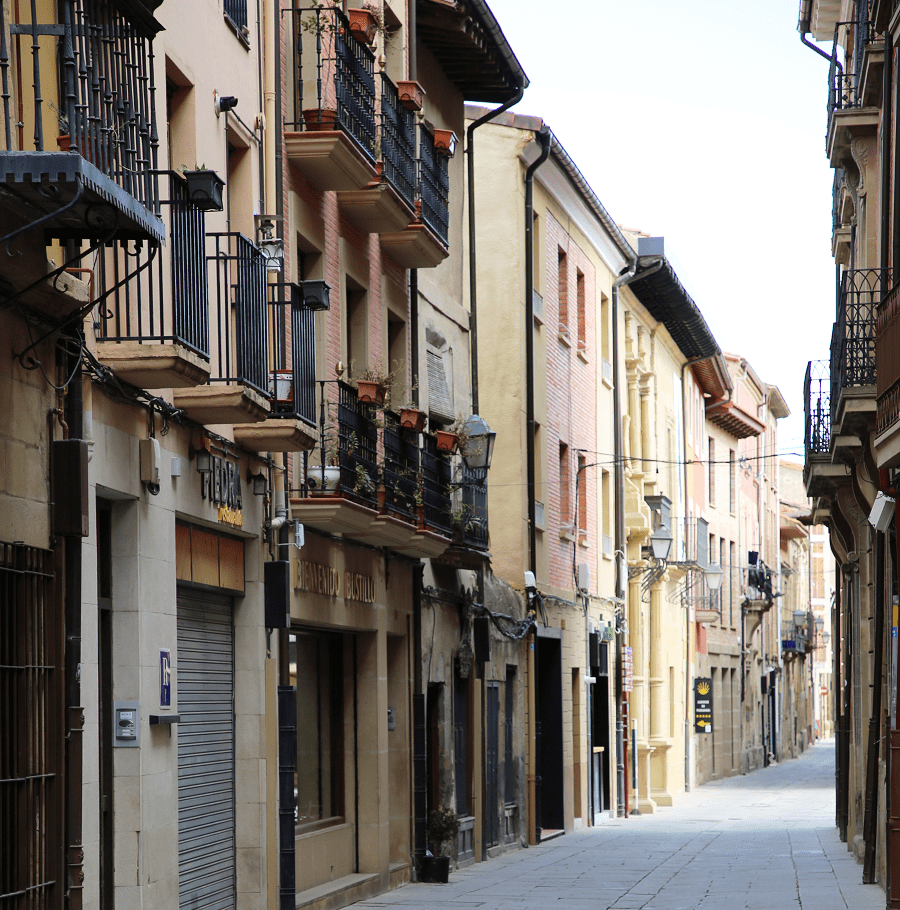 Hermitage of Our Lady of the Plaza. Patron saint of the city, whose festival is celebrated on August 5, stands on the south side of the Plaza del Santo. 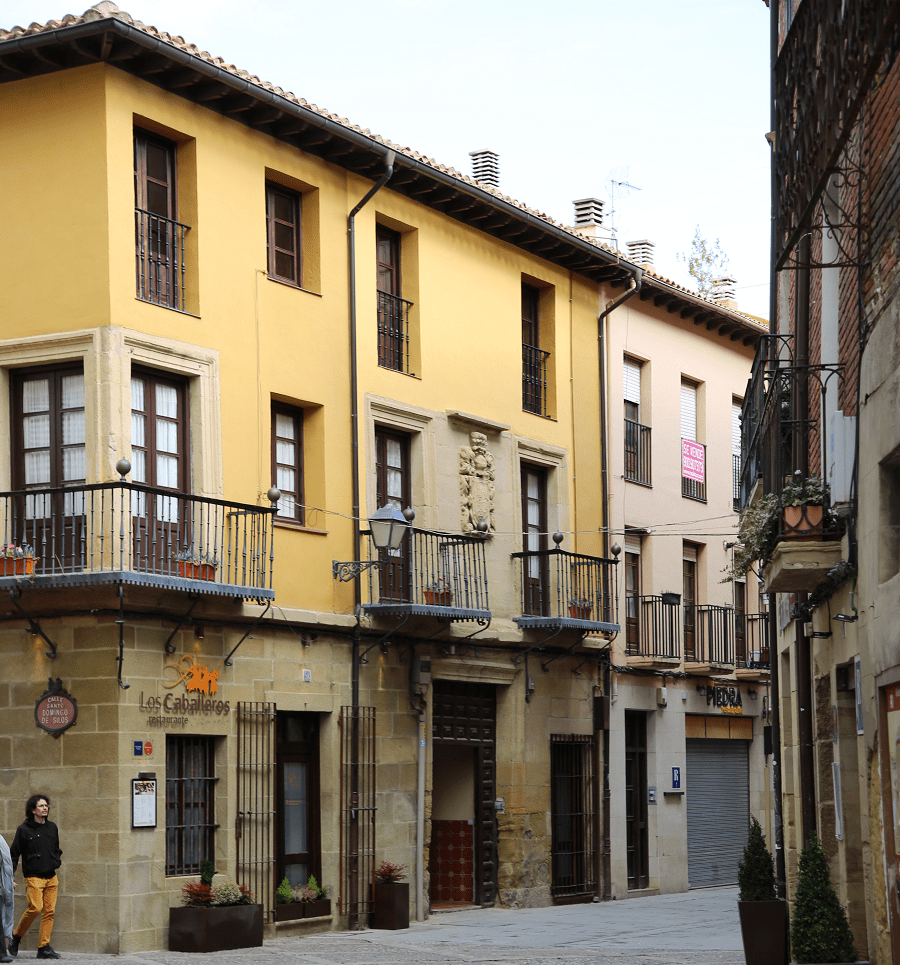 Hermitage of the Bridge: It is a small building with a rectangular floor plan that, built in ashlar masonry and brick. This hermitage was built in 1917, just opposite there was another hermitage, near the river, which was dragged by the waters in the flood in 1906.

Hermitage of the Virgen de las Abejas: It is located 2 kilometers to the west. The current building was rebuilt in 1764 after suffering a fire on August 3, 1763, which destroyed the roof, the images and the doors. 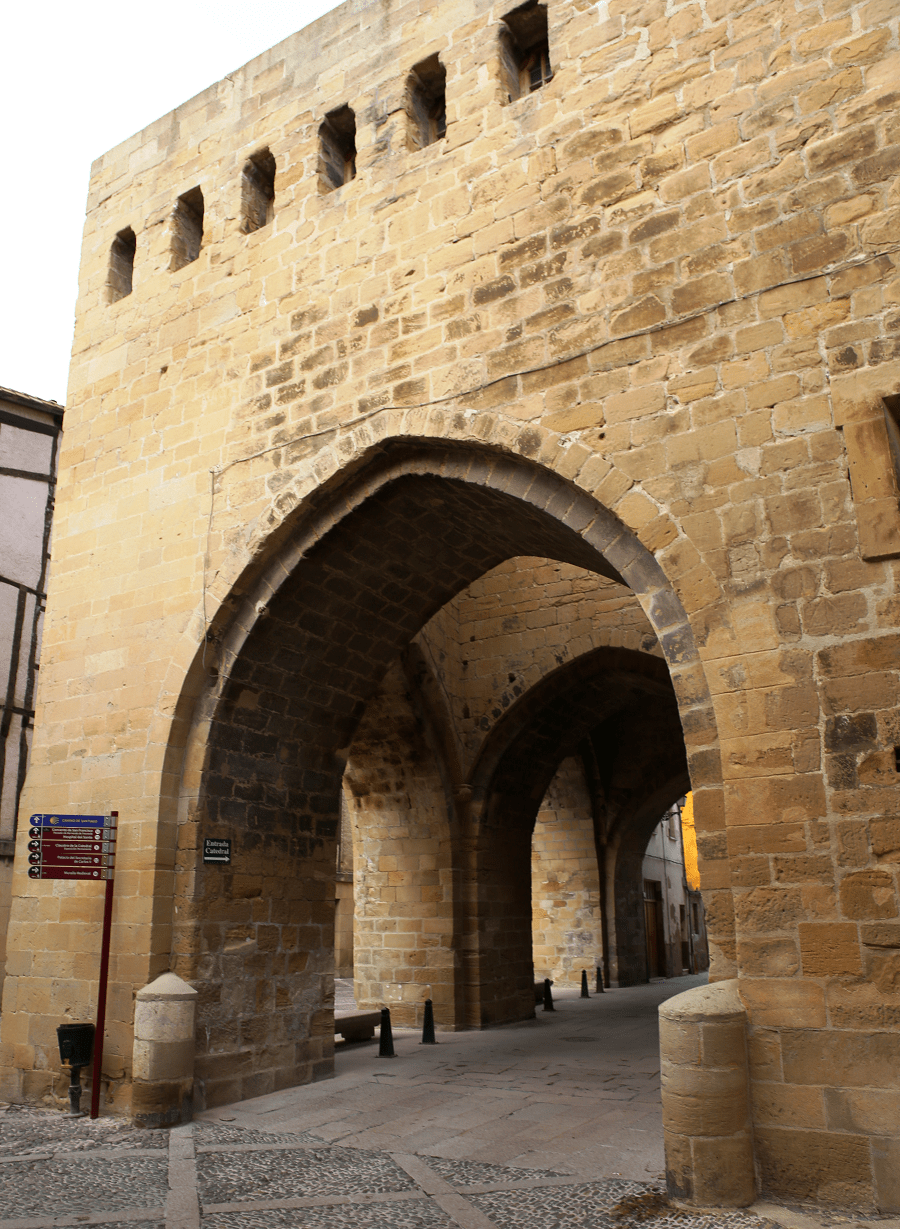 Hermitage of the Table of the Saint. It is located 1 kilometer towards Haro. Its construction was financed by Felipe Amigo y Fitón. The name “Table of the Saint” comes from the legal-ecclesiastical term, table, or set of assets. 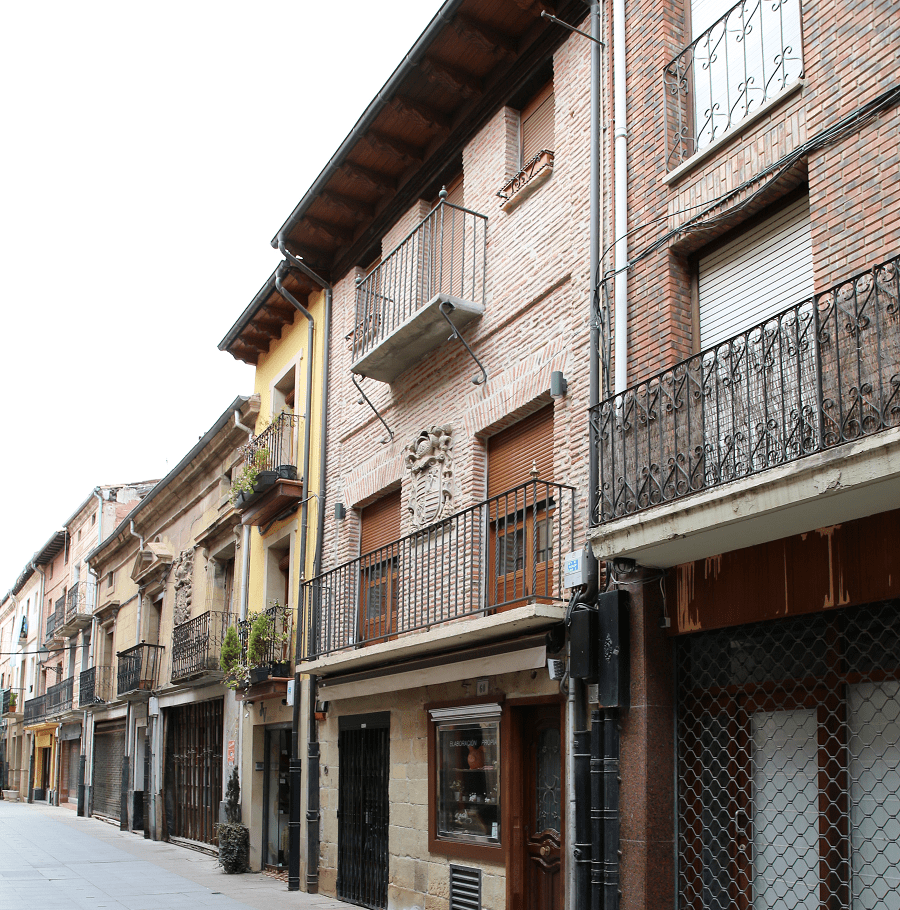 Casa de Trastámara: Enrique II of Castile of the Trastámara dynasty lived and died in this house. It is the oldest civil building in the city and one of the few examples of Gothic architecture in La Rioja. Declared a Historic-Artistic Monument in 1983.

Casa de las Antiguas Carnicerías: It is currently the headquarters of the Social Services Coordination Center of La Rioja Alta. 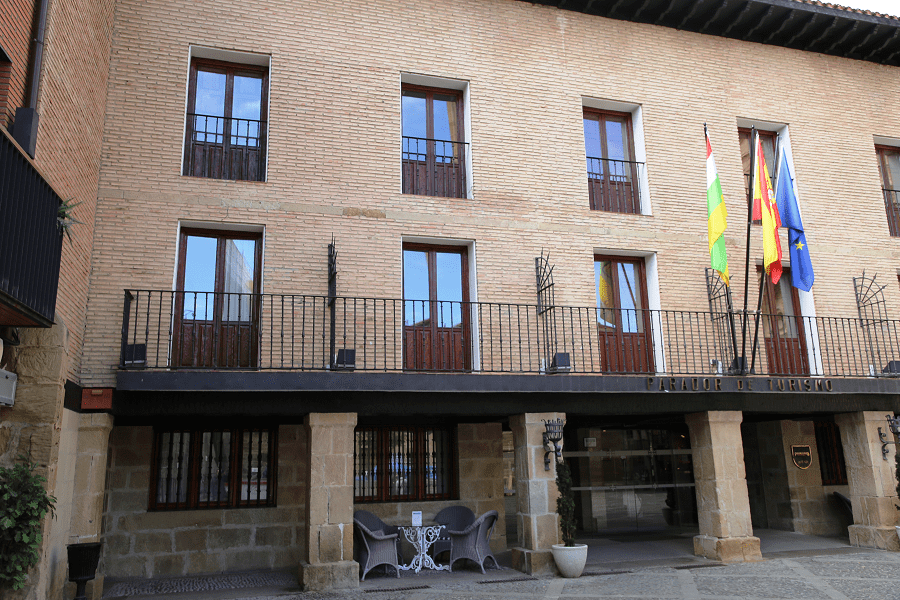 Town Hall: Built on the 14th century wall, it encloses the square on its north side, its central axis being the only gateway to the city that has survived to this day. It is a baroque-style building, with a rectangular floor plan and two floors. 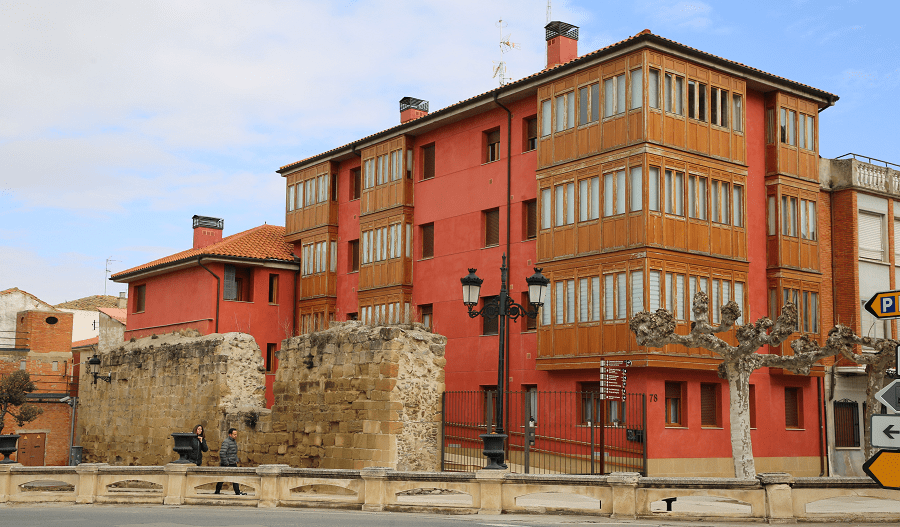 House of the Brotherhood of the Saint: On the façade are the coats of arms of the Corregidor of the city, Diego de Ocio y Vallejo, and that of his wife, who had it built around 1556. Since 1968 it has been a Pilgrim’s Hostel and headquarters of the welfare brotherhood oldest on the Camino de Santiago. Founded by Santo Domingo de la Calzada in the 11th century. It has a museum and one of the best hostels on the Jacobean Route. 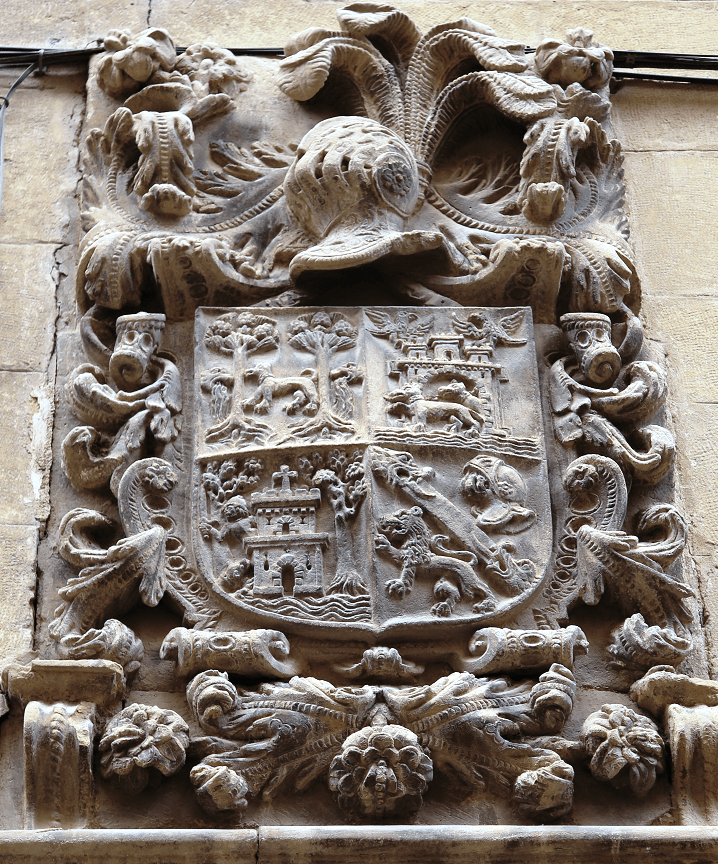 Casa del Corregidor: the site of the miracle of the “hanged innocent” a pilgrim wrongly accused of theft. The witnesses for his successful appeal, a pair of beheaded, supposedly cooked chickens are represented by their descendants, a pair of whom are kept at all times in the choir loft of the cathedral. 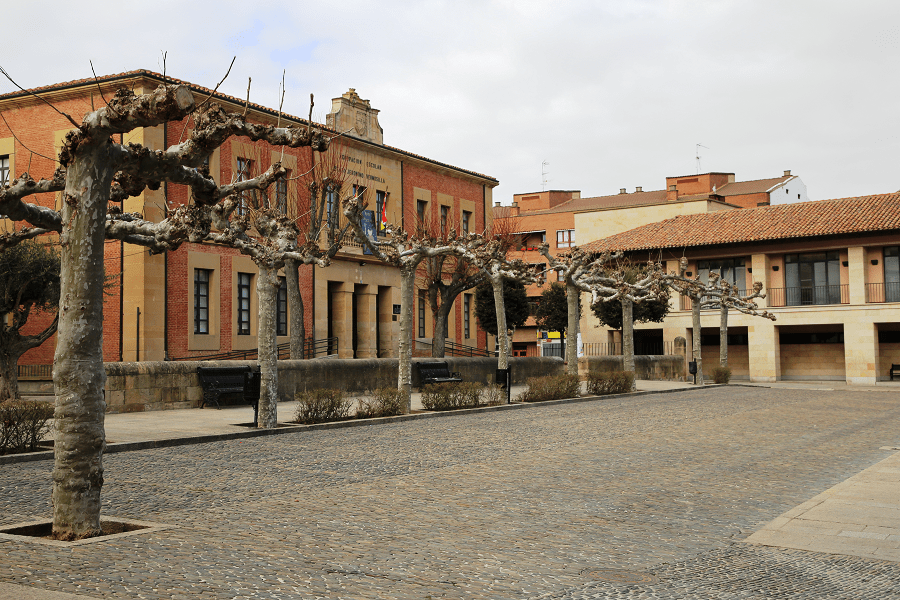 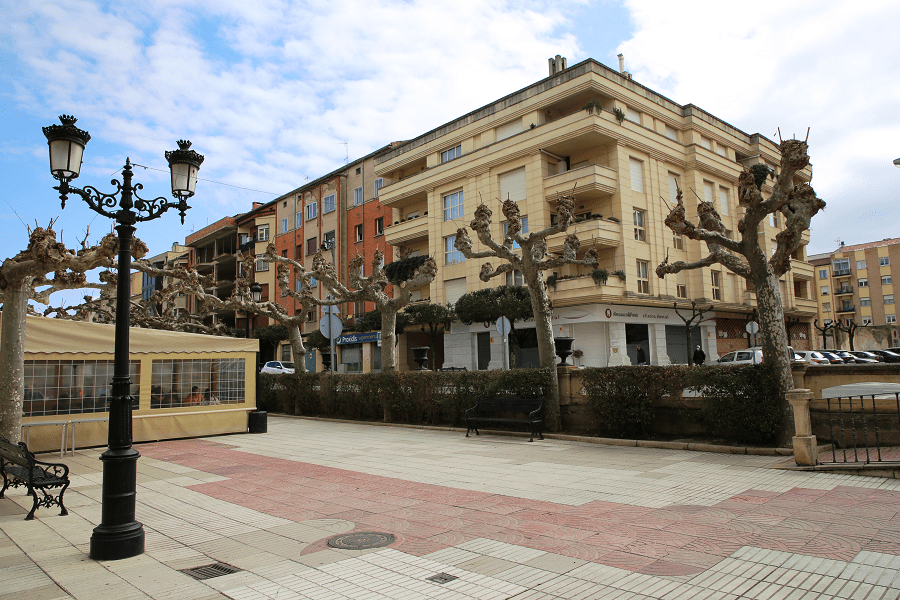 Casa de los Ocio: it is a Baroque building built around 1652 by Juan José Esteban de Ocio y Mendoza, Knight of Santiago. Currently, it is the headquarters of the “Camino de Santiago” Secondary Education Institute. 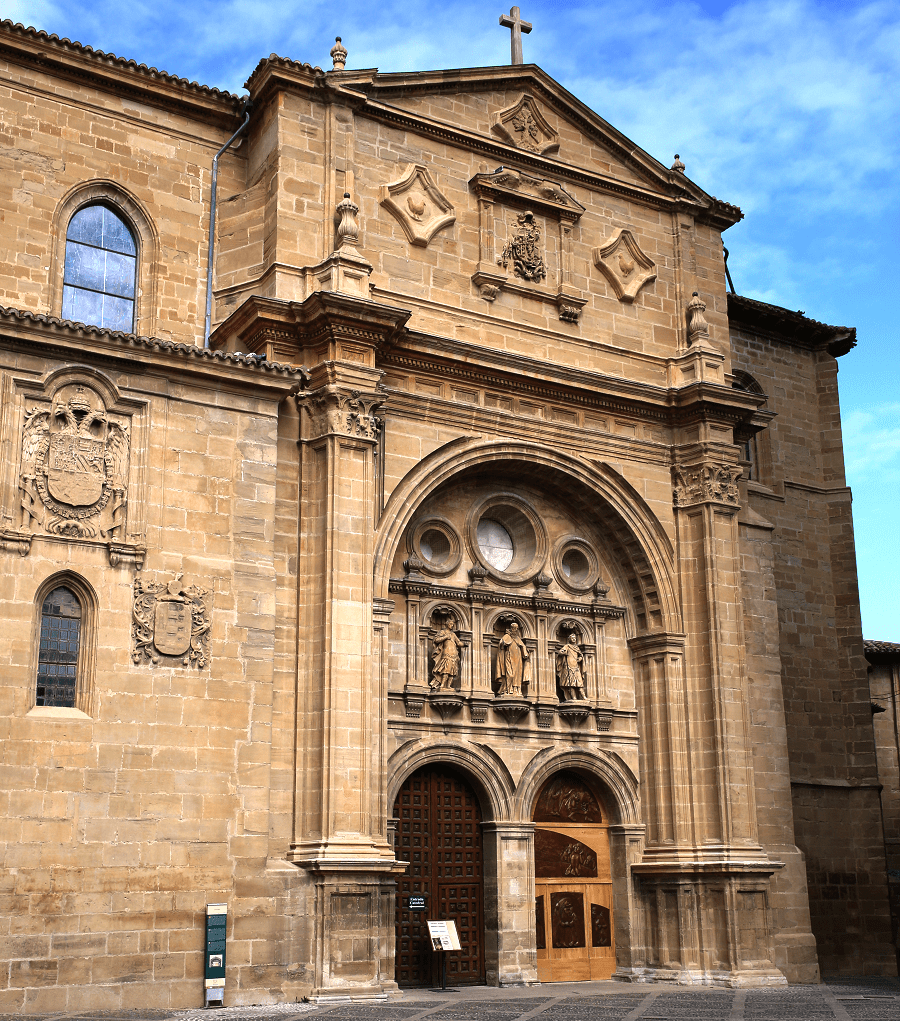 Palace of the Secretary of Carlos V, next to the Margubete Gate: In 1544, the secretary Juan de Sámano agreed with the stonemason Juan de Goyaz to build this house, currently houses the Colegio de los Sagrados Corazones, of the M.M. Franciscans of the Holy Spirit. 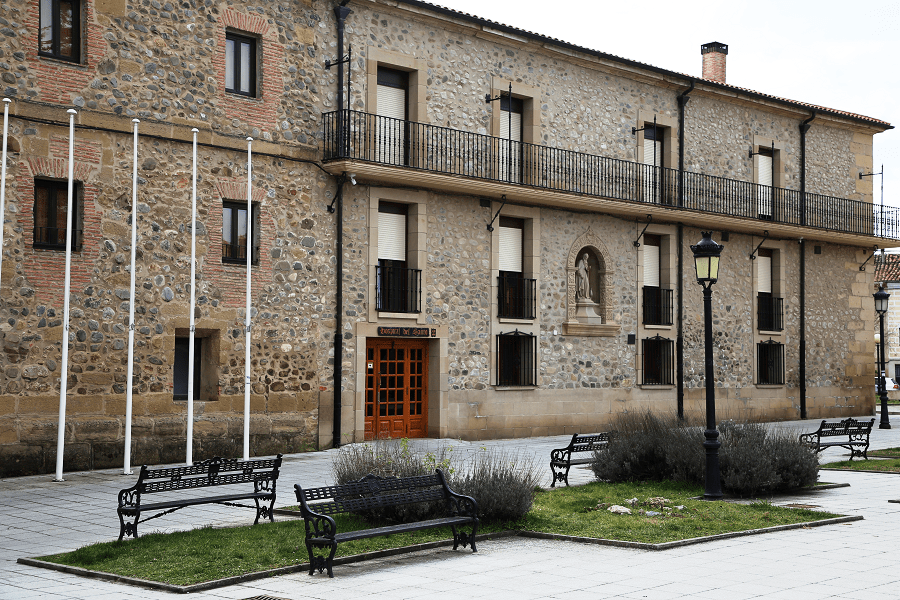 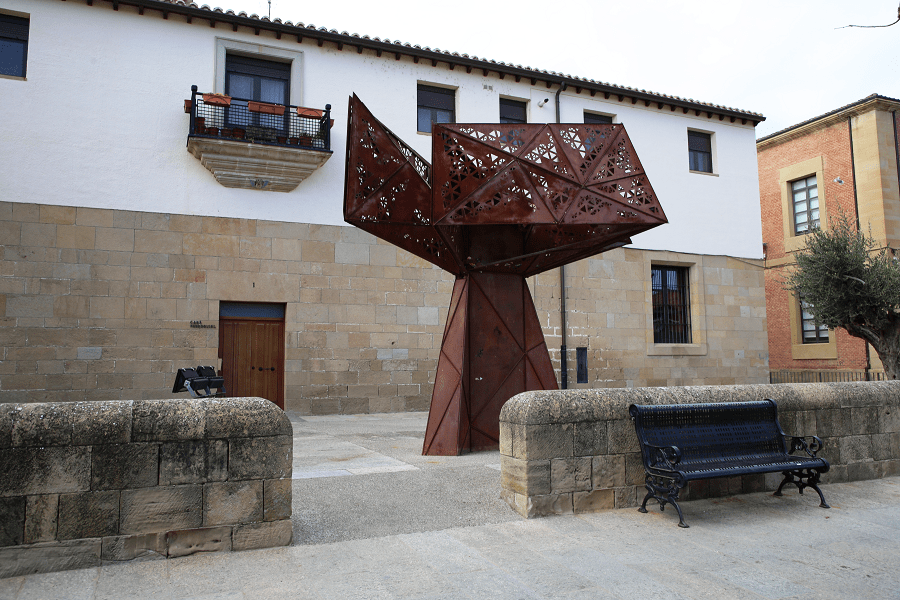 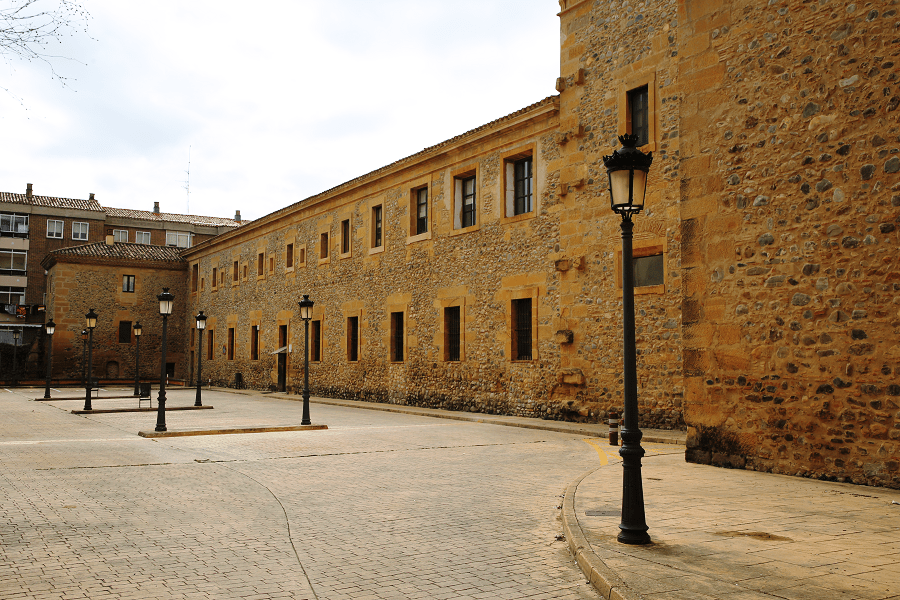 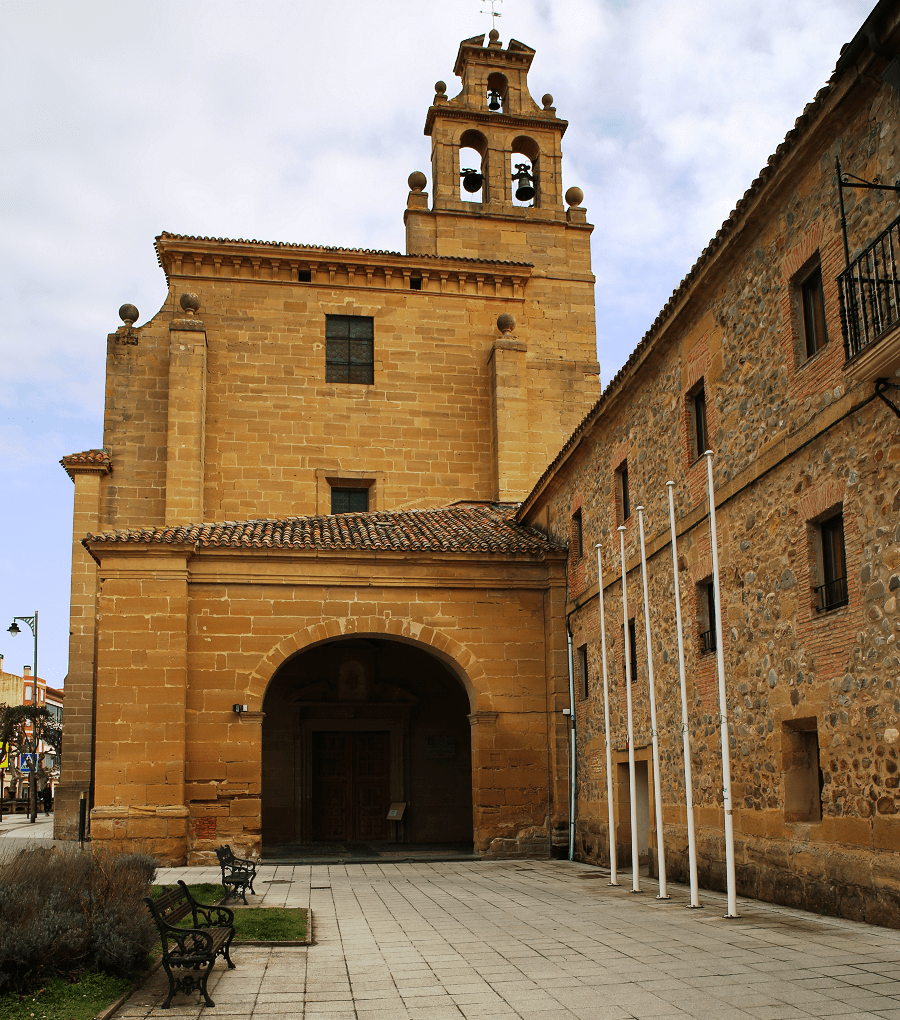