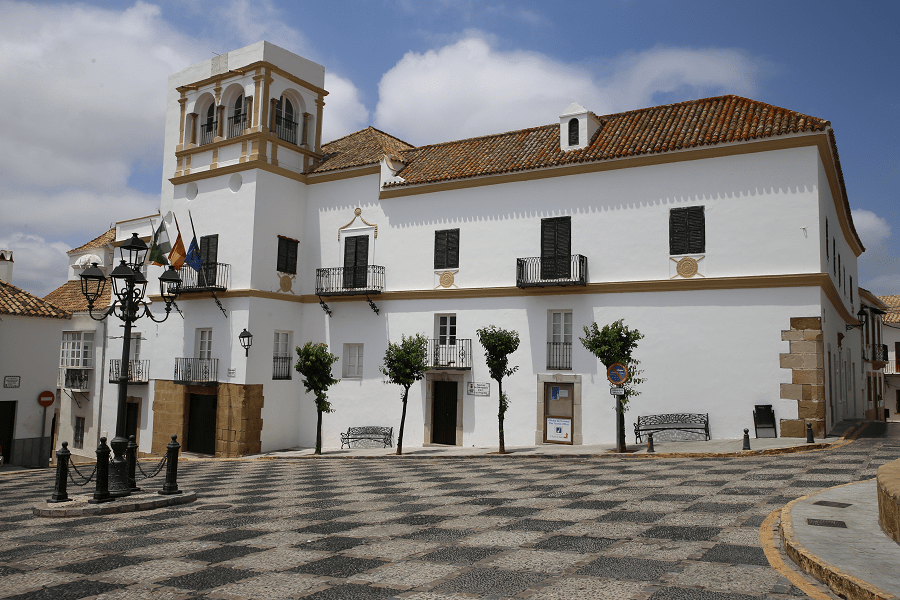 San Roque is a small town and municipality in the south of Spain. It is part of the province of Cádiz, which in turn is part of the autonomous community of Andalusia. San Roque is situated a short way inland of the north side of the Bay of Gibraltar, to the north of the Gibraltar peninsula.

It’s a part of the Costa del Sol of the Mediterranean resorts of Spain. 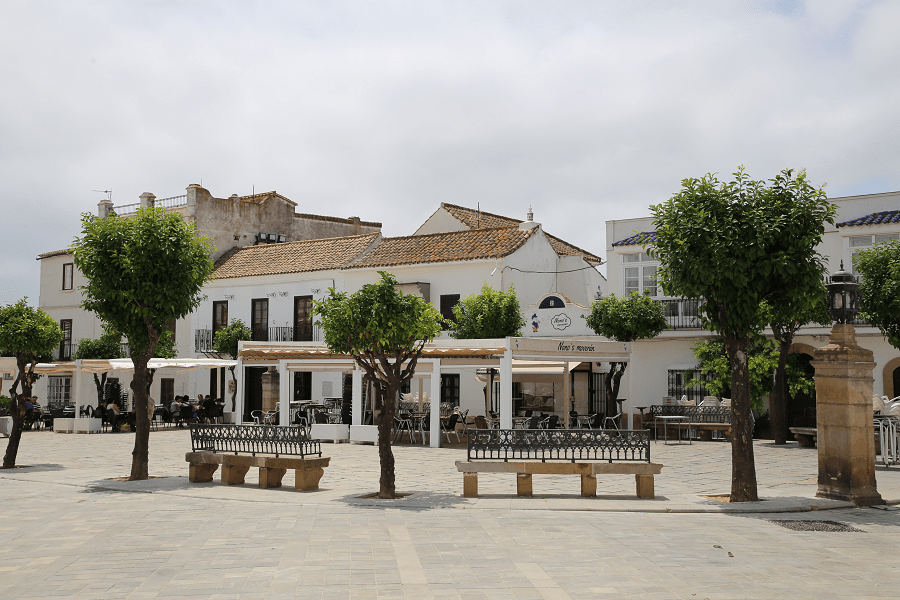 The urban area of San Roque was the first enclave of Campo de Gibraltar to be declared a historical-artistic complex by the Ministry of Culture of Spain. Its most emblematic buildings are, among others:

Church of Santa María la Coronada is located at the top of the hill of San Roque. Inaugurated in 1735, built on the old Hermitage of San Roque, it is a temple dedicated to the patron saint of the city and Gibraltar. It is the place of beginning and end of the processions of the Holy Week of San Roque. In it, the poet José de Cadalso is buried. 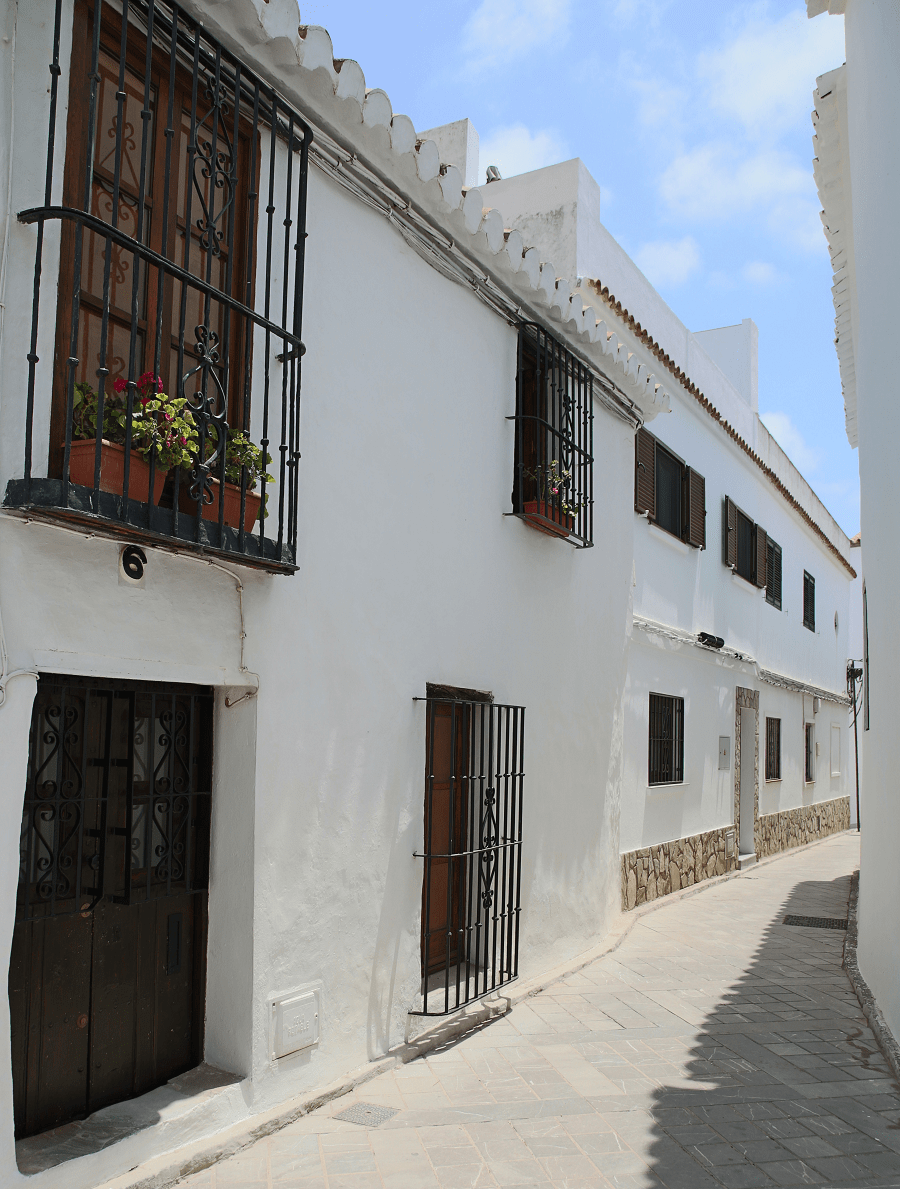 Plaza de Armas: attached to the Church, it is a pedestrian plaza. It was the place where Manuel Ballón El Africano performed a crutch pass for the first time in the history of bullfighting (1720). During the 19th century it was the training place of the municipal fencing school, and up to the year 2009 was the headquarters of the San Roque City Council. 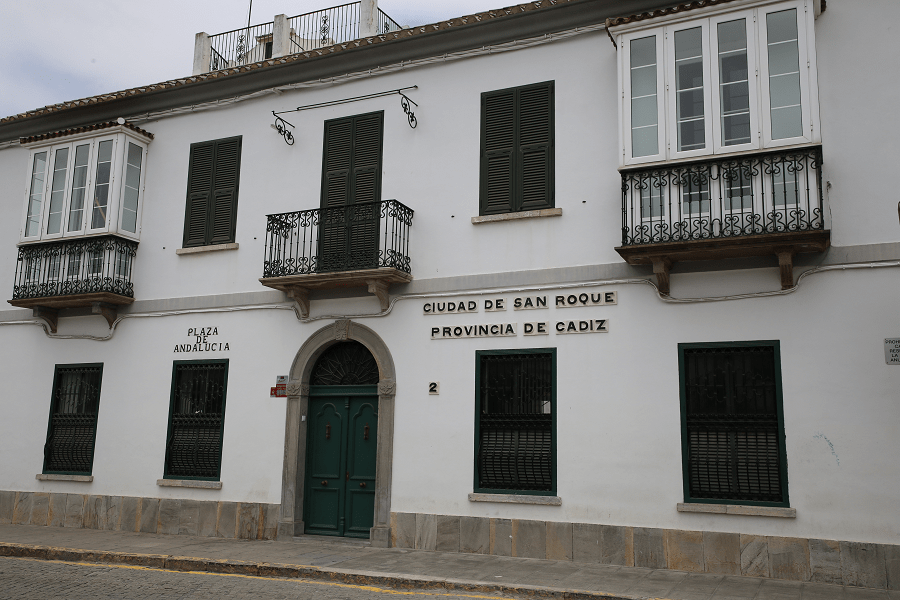 Governors Palace: headquarters of the Gibraltar Military Command from its construction in the 18th century until its transfer to Algeciras. It has currently been remodeled to house the Luis Ortega Bru Museum, the municipality’s main museum.

Bullring: the San Roque bullring, inaugurated in 1853, is the oldest in the province of Cádiz, and has a bullfighting museum. In this square, the closure of the Toro del Aguardiente ends each year, the closing activity of the Royal Fair of San Roque. 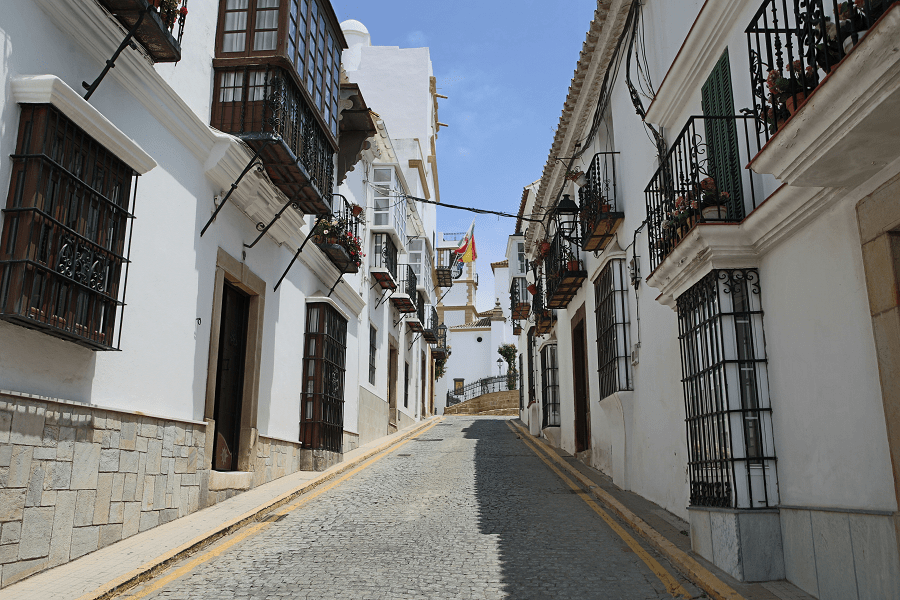 Hermitage of San Roque: rebuilt in the 19th century in the surroundings of the Diego Salinas Building after the original hermitage was replaced by the Church.

Diego Salinas Building: Former military barracks of the municipality until the end of the compulsory military service. It has been renovated to currently house the City Hall, the Municipal Library, the Official School of Languages ​​and the classroom of the Popular University. It is named after the last Spanish mayor of Gibraltar before the capture of the Rock. 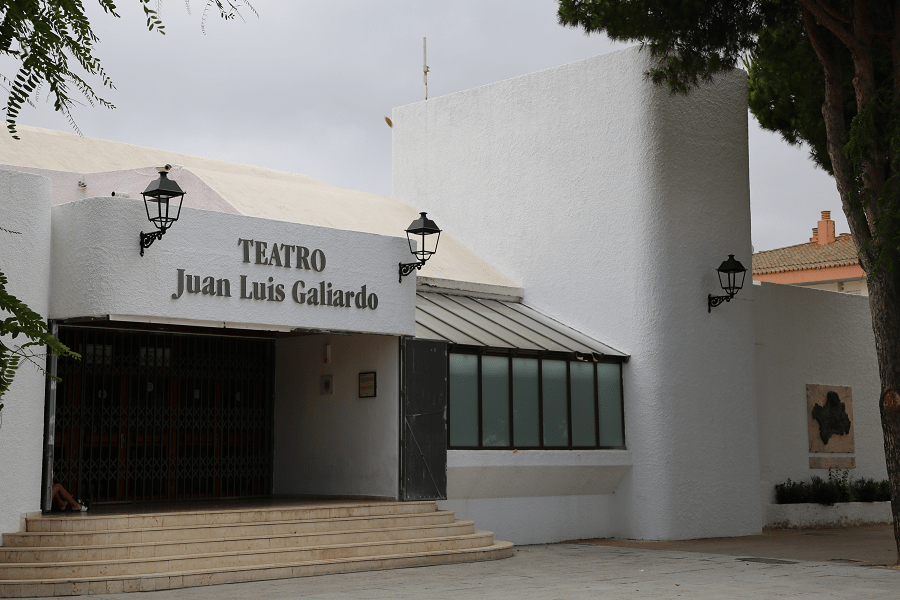 Alameda de Alfonso XI: built in 1831, it is a pedestrian plaza 160 meters long and 70 meters wide that includes more than 250 trees, a playground and a fountain. Center for the social life of Sanroqueños, is headquarters of the Juan Luis Galiardo Theater and of activities such as the Book Fair and the All Saints festival. 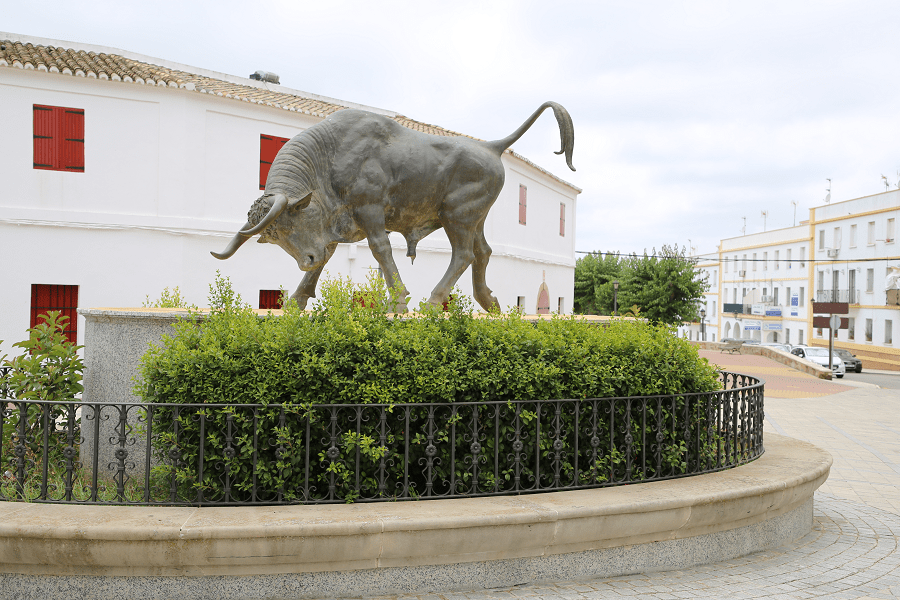 Poeta Domingo de Mena viewpoint: located at the top of the Los Cañones neighborhood, close to the Church and the Plaza de Armas, it is the ideal place to see the bay of Algeciras and North Africa. In this viewpoint are exposed two cannons used by the Spanish Army during the Great Siege of Gibraltar between 1779 and 1783. 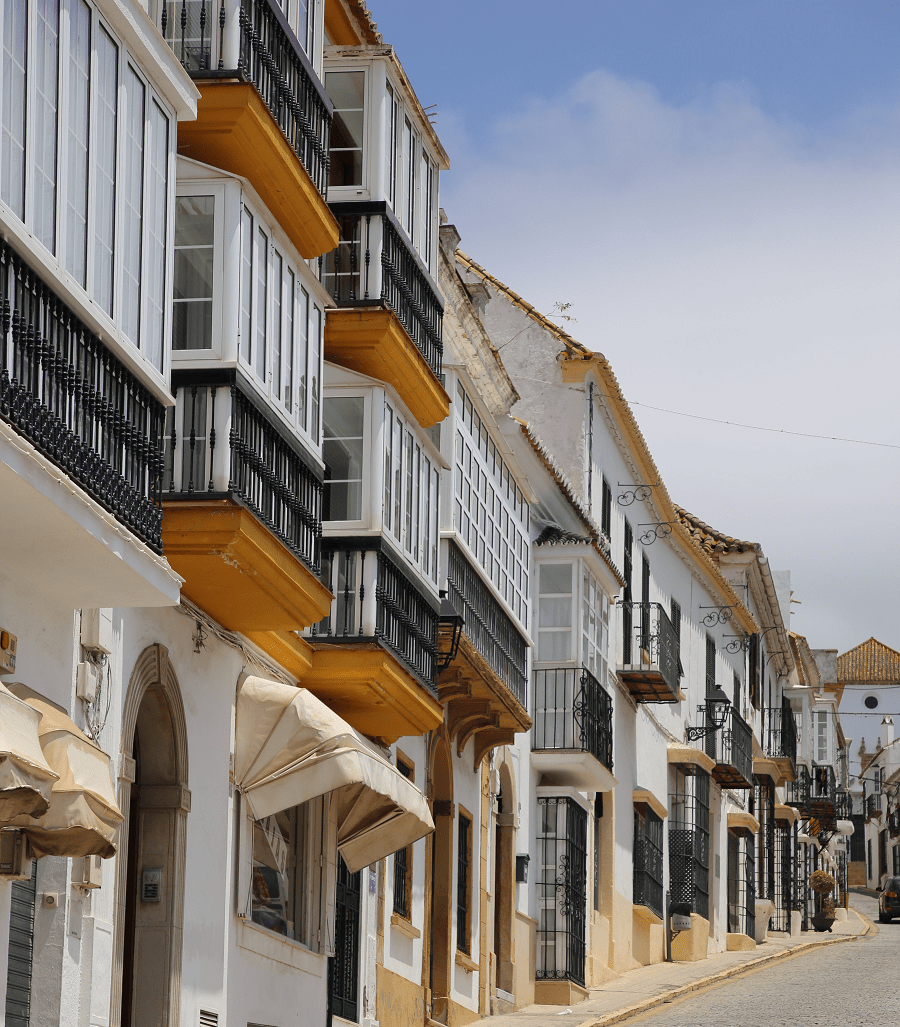 Fuente María España: located to the north of the urban area, in the direction of Pinar del Rey, it is one of the symbols of San Roque. It gives the name to the urbanization located next to it.

Cave of the Horadada was discovered in 1926 and is protected as a Site of Cultural Interest. 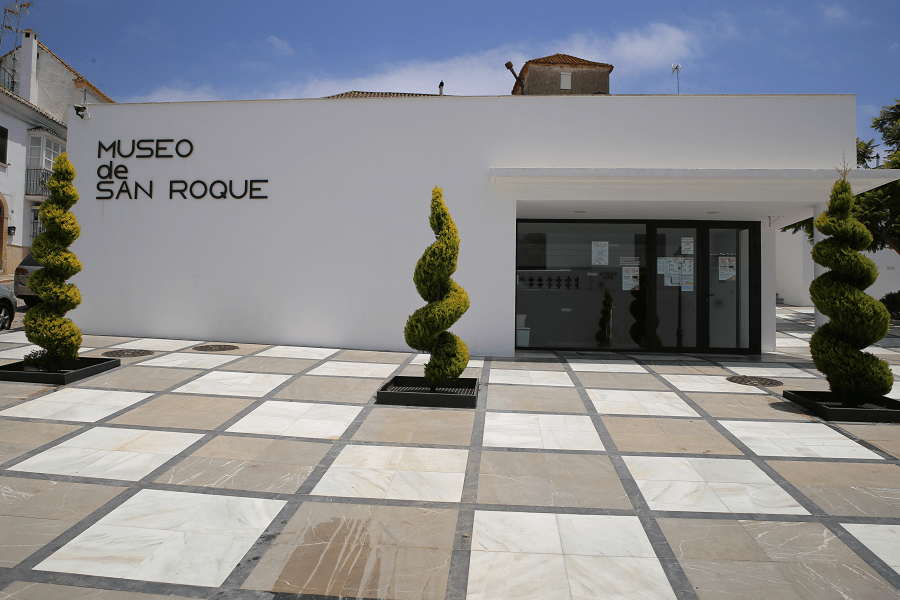 Carteia: at the mouth of the Guadarranque River, in the heart of the perimeter of the Bay of Algeciras, is the archaeological site of Carteia, an ancient Carthaginian city and the first Roman colony outside the Italian peninsula. Its first remains date from the 7th century BC. Garum elaboration workshops, a theater have been located and the place where the circus is possibly is going to be prospected. 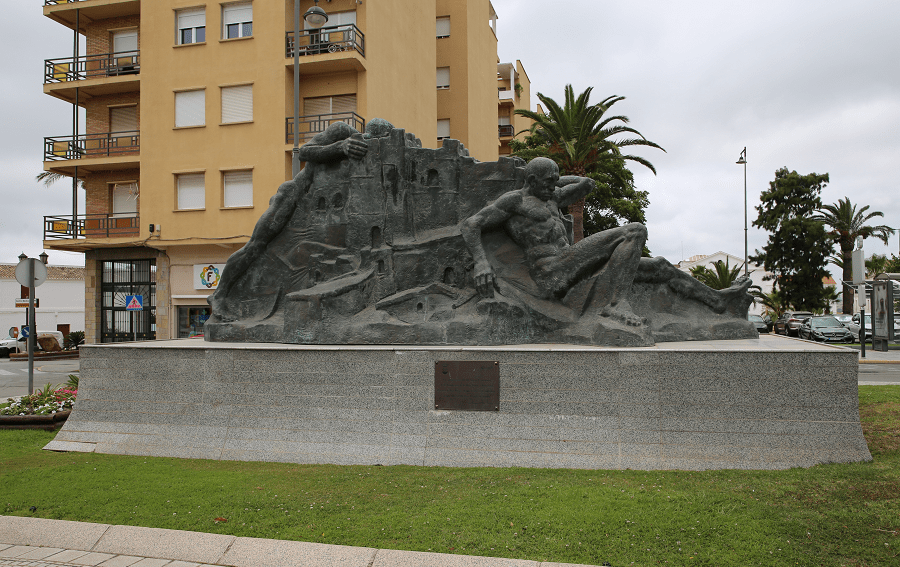 The beaches of Campamento and Puente Mayorga, although no longer so popular as in the 60s due to the nearby industrial activity, are close to San Roque town, facing the Bay of Gibraltar. 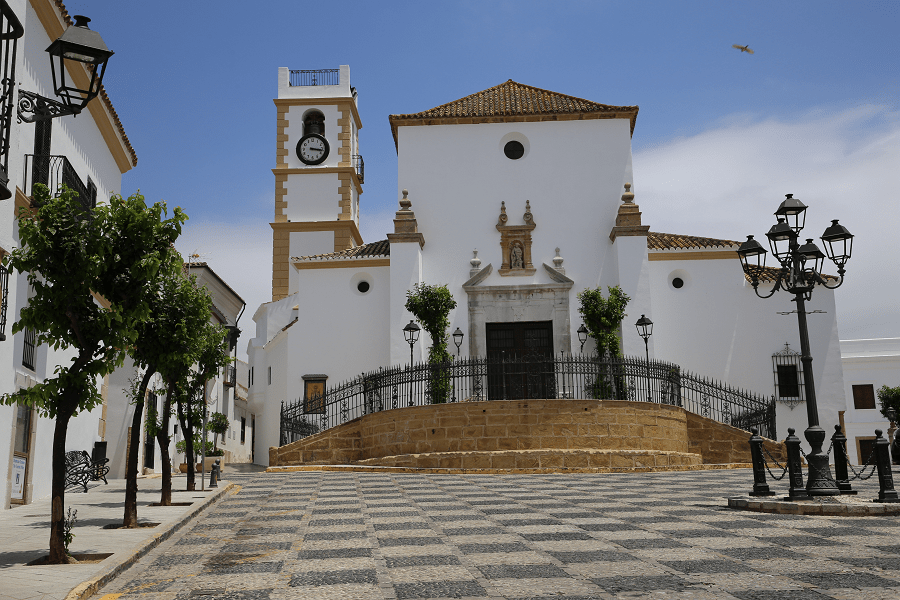 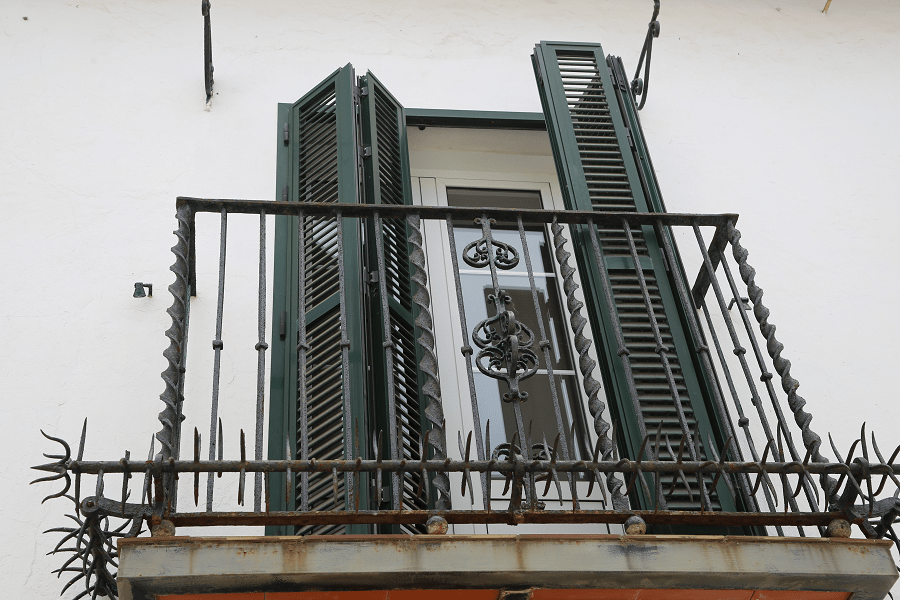 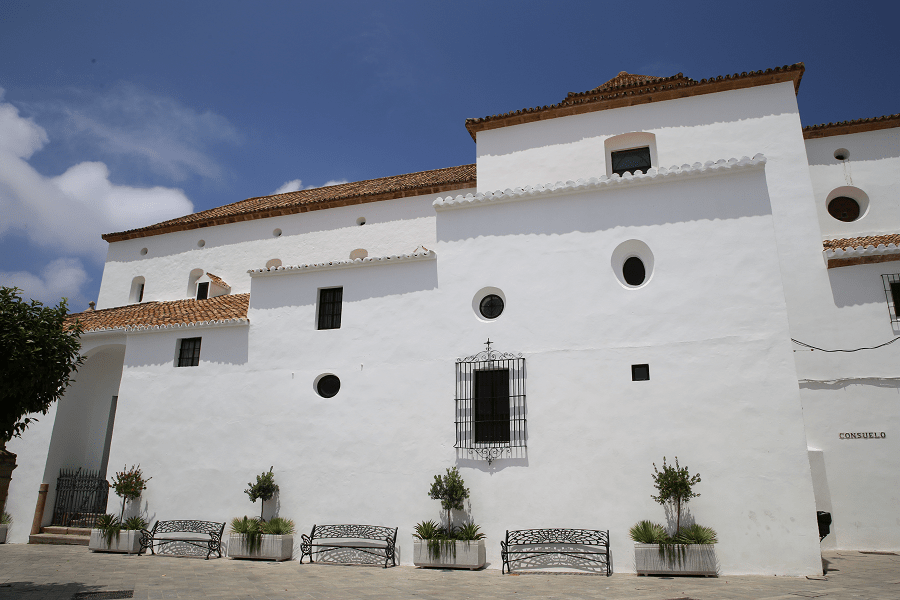