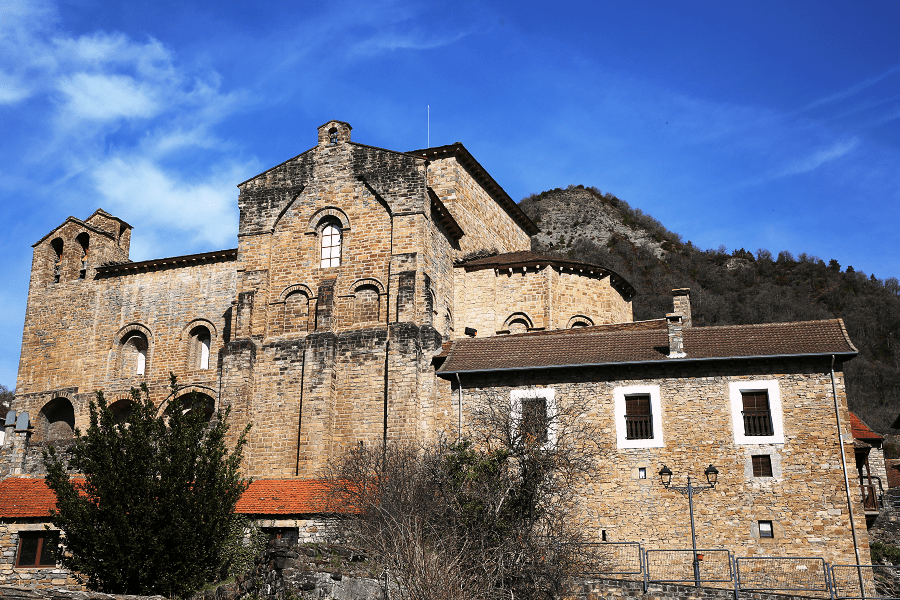 The monastery of San Pedro de Siresa is a Romanesque monastery that is located in the valley of Echo, in the town of Siresa, province of Huesca (Aragón, Spain, Pyrenees), which is located 822 m of altitude, being the Aragonese monastery located geographically further north.

Declared a National Monument in 1931, since then various restoration campaigns have been carried out. It is currently the parish church of the nucleus of Siresa.

The construction began in the year 1082, as a reform of the former Carolingian abbey. It was resumed in the middle of the same century but it seems that it was left unfinished.

It still conserves a part of its furniture, of which it is necessary to highlight a Christ of a descent, possibly from the 12th century, a Virgin from the 13th century and some Gothic altarpieces dedicated to Saint John the Evangelist, the Trinity, Saint Stephen and Saint James.