The Salses fortress is a modern age castle in a communal territory of Salses in the Rosselló comarca in Northern Catalunya (France) • All PYRENEES · France, Spain, Andorra

The Salses castle (fortress) is a modern age castle in a communal territory of Salses in the Rosselló comarca in Northern Catalunya (France). From a chronological perspective it is the third of the Salses castles, after the Vell Castle and Castle Reial.

This castle today serves as a Museum of Salses History. It is located in the northern part of a village of the same name, at the foot of the Corberes massif, watching over the Rosselló plain and the old path that led from Perpinyà to Narbona following the roman Via Domitia. It represents the historical border between the kingdom of France and Crown of Aragon, before the annexation reached at the Treaty of the Pyrenees in 1659. Representing at the same time the border between Occitania and Catalan Countries, recently rebuilt with the construction of the Gate of the Catalan Countries. 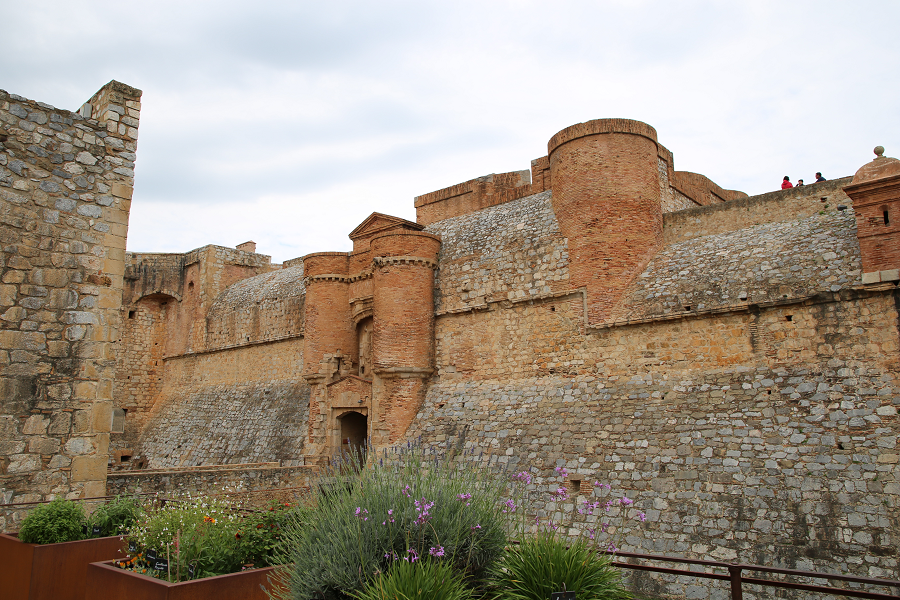 The first document that mentions it is from 1047, the year in which it belonged to the counts of Rosselló. But Alfonso the Chaste, Count of Barcelona and King of Aragon, who had inherited the county of Rosselló and, therefore, the castle of Salses, ordered the abbot of La Grassa the foundation of a new town, in place of the old village of Salses, to which he granted privileges and franchises.

In 1285 it resisted the siege, heroically but in vain, to the Crusaders of Philip III of France during the Crusade against the Crown of Aragon. However, neither of the previous two referenced castles refers to the current one, but to its predecessors, the Castle Vell and the Castle Reial. 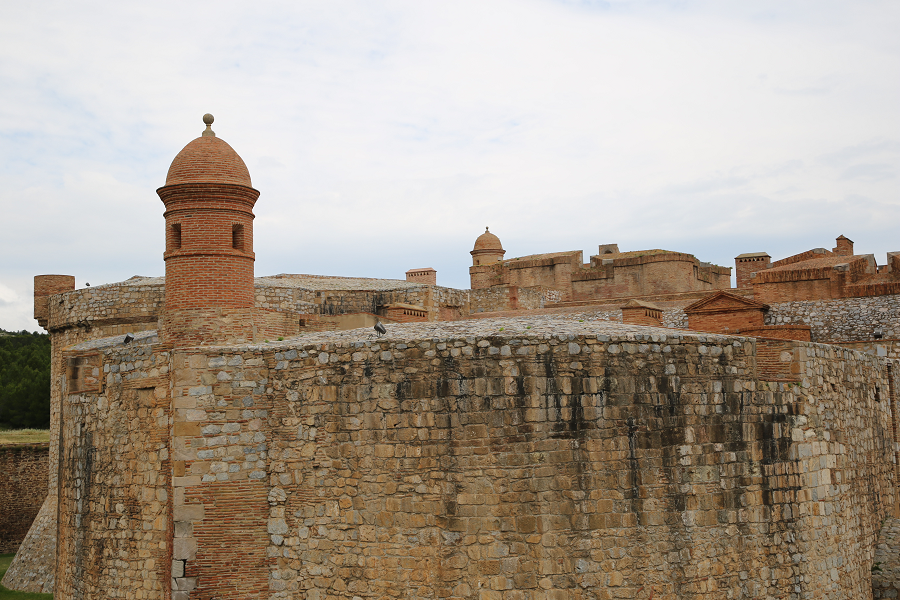 Fortress inside the fortress

The current fortress was built between 1497 and 1503. Its Spanish constructor Ramirez was inspired by the tradition of castles in Castile, incorporating all the modernities of the artillery of the time, resulting in the sinking of the ground and the use of bastions capable of upholding the early 16th century artillery technology, the reason for its large dimensions. The floor plan is rectangular of 115 m x 90 m, divided into three concentric spaces and protected by a 15 meters wide and 7 meters deep moat. 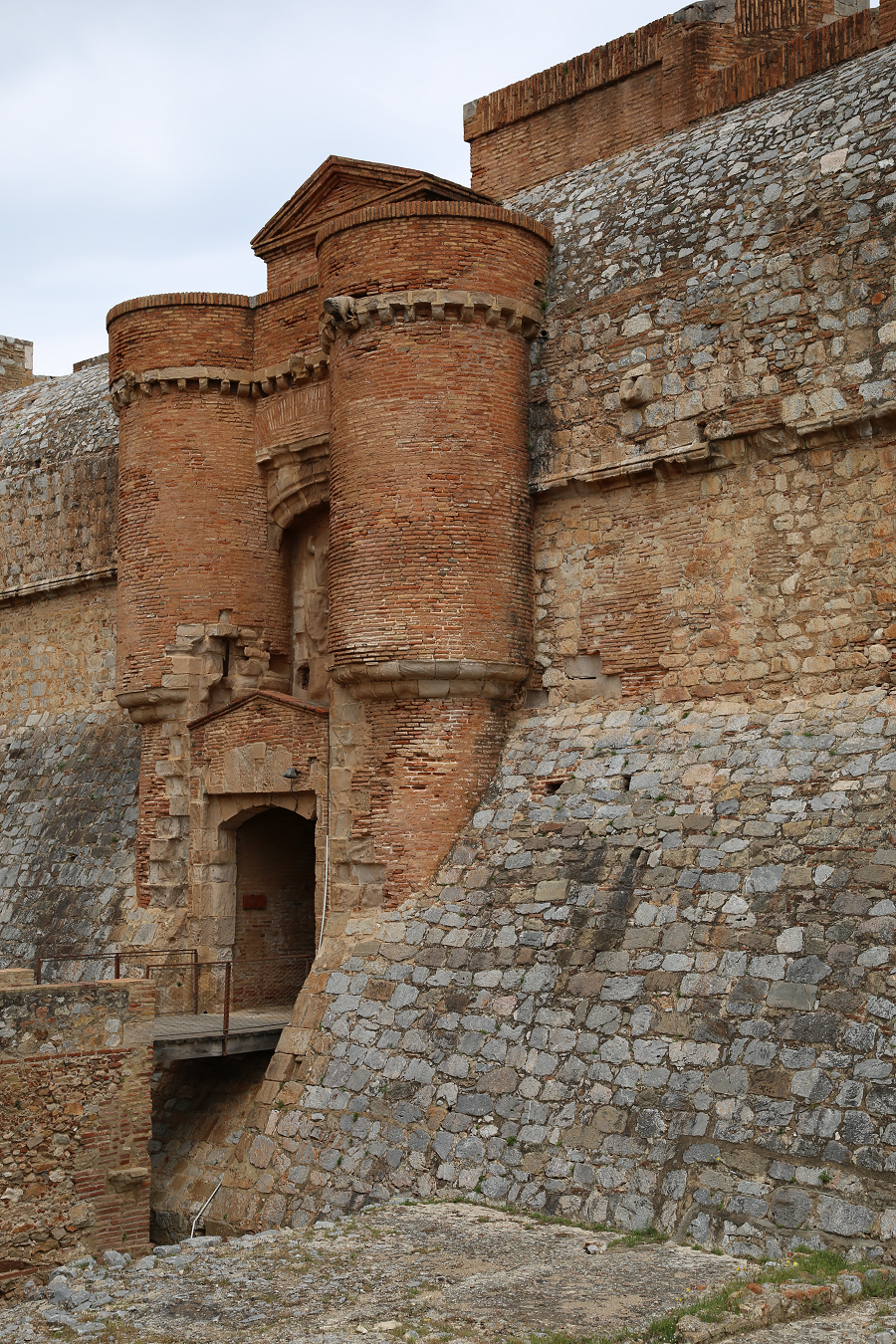 Inside the enclosure there is a place of arms, the house of the governor, the chapel of San Sebastián (austere, with a pediment and pilasters instead of an altar), the prison, the infirmary, also a chaplain room, paintings and the palace of the King of Aragon formed by the keep tower located on the square.

The construction of the new castle was ordered by Ferdinand the Catholic to reinforce the border of Catalonia facing the French monarchy. Before 1496 the old castle and the town had been devastated and sacked by the French troops following the orders of the Marshal of Saint-André. 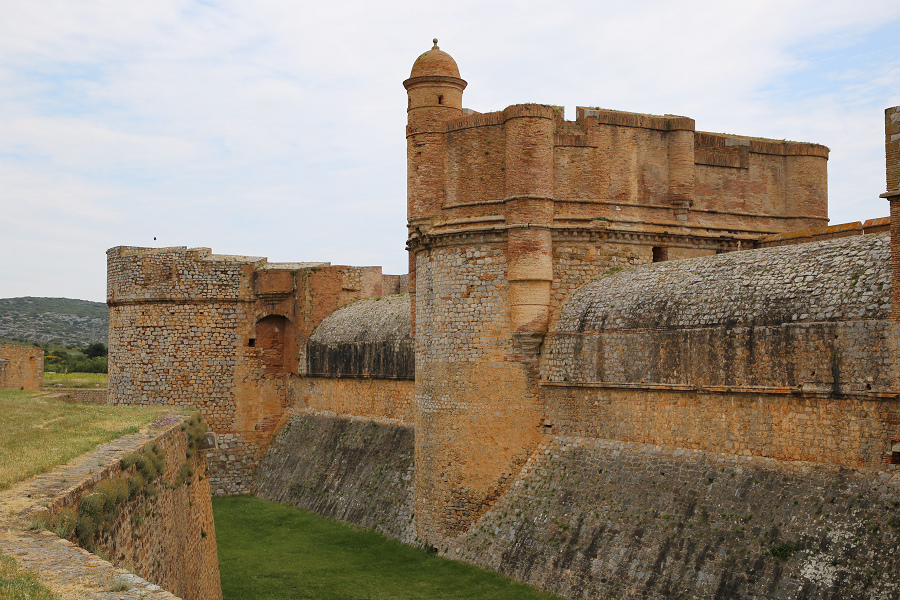 The works were finished in 1505, but during the reign of Charles V, which became one of the key points in the constant military confrontations with France, it was equipped with new and important defenses.

During the Thirty Years’ War, in 1639 the garrison surrendered to the army of Louis XIII. The following year the lieutenant of Catalonia, Dalmau III de Queralt, count of Santa Coloma, succeeded the surrender of the French garrison commanded by the governor Baró de Espenan. Despite the success of the Spanish armies, helped by the Catalan people, it was not possible to prevent the definitive conflict between the Principality and Philip IV of Spain, which ended a few months later (1640) with the Reapers’ War. 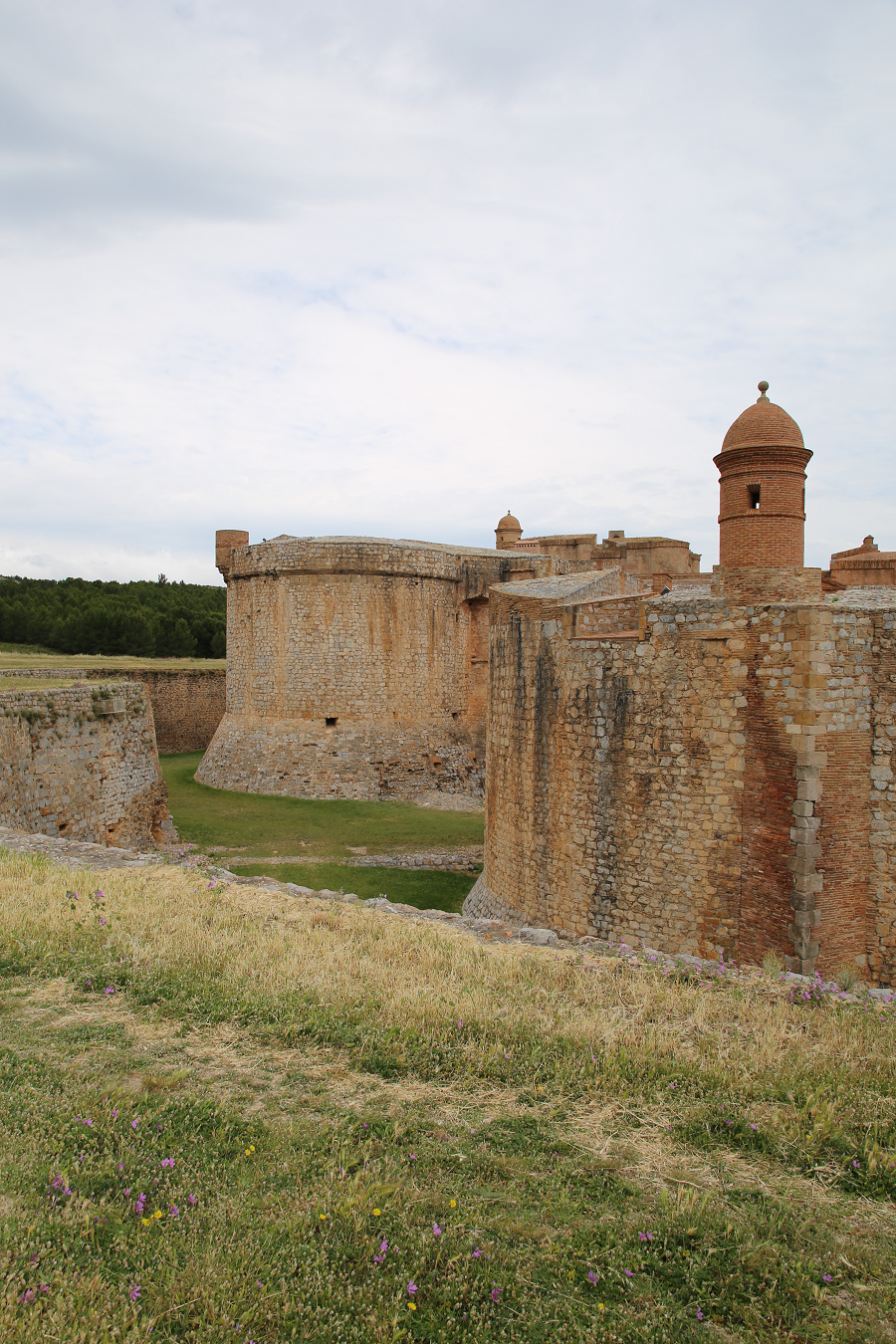 The French besieged the castle again and in 1642 they definitively managed to take over this fortress. With the Treaty of the Pyrenees (1659) aimed to end the war between the Kingdom of France and the Hispanic Monarchy, the Franco-Spanish border was moved about 50 km to the South and lost much of its military importance. 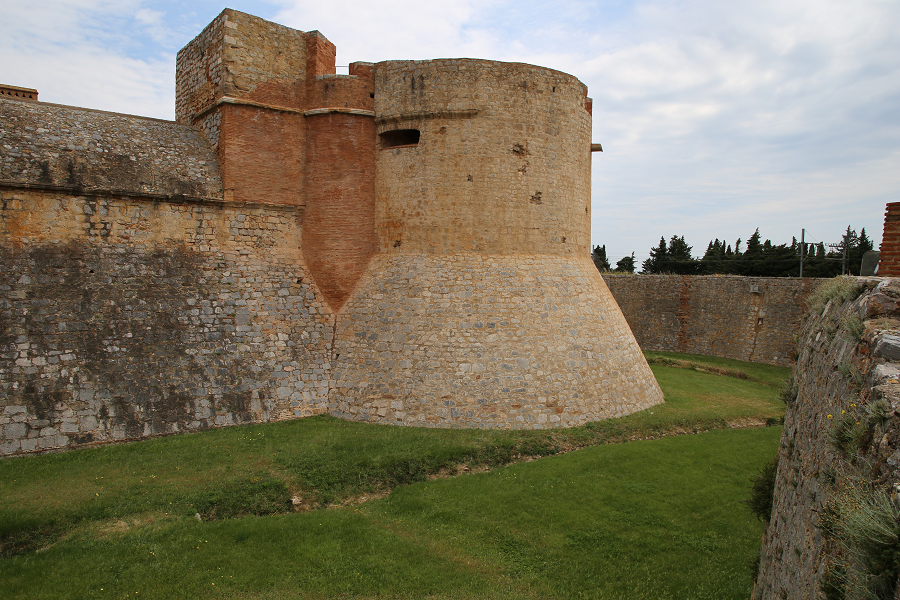 However, Marshal Vauban, who initially wanted to destroy it due to its position at the foot of the mountain, preserved and improved it. It served as a prison, in particular of two accomplices of the famous Marquise of Brinvilliers, as well as, a military garrison strengthening the border and a provision storage for the French armies. 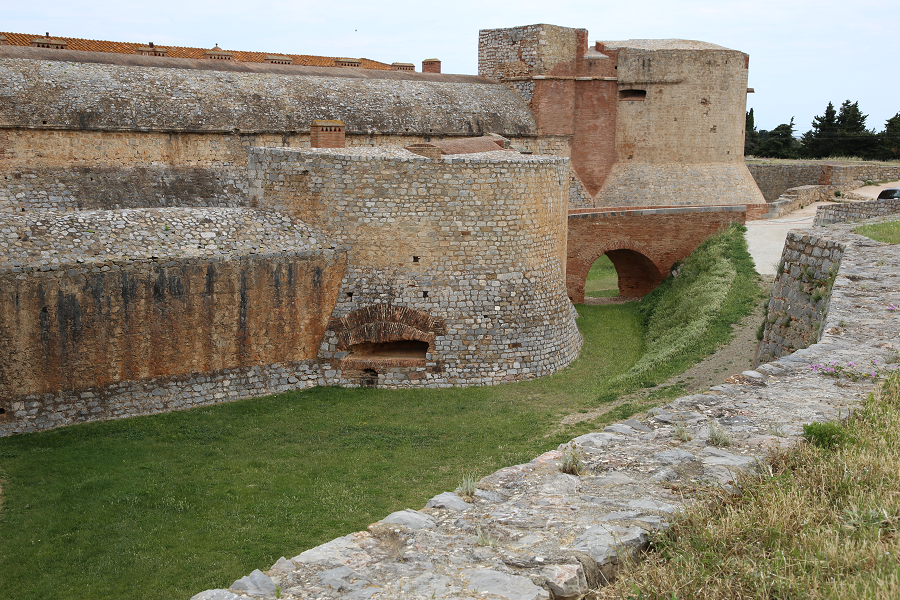 Subsequently, it became a gunpowder storage and during the Spanish Civil War, it was used as a shelter. 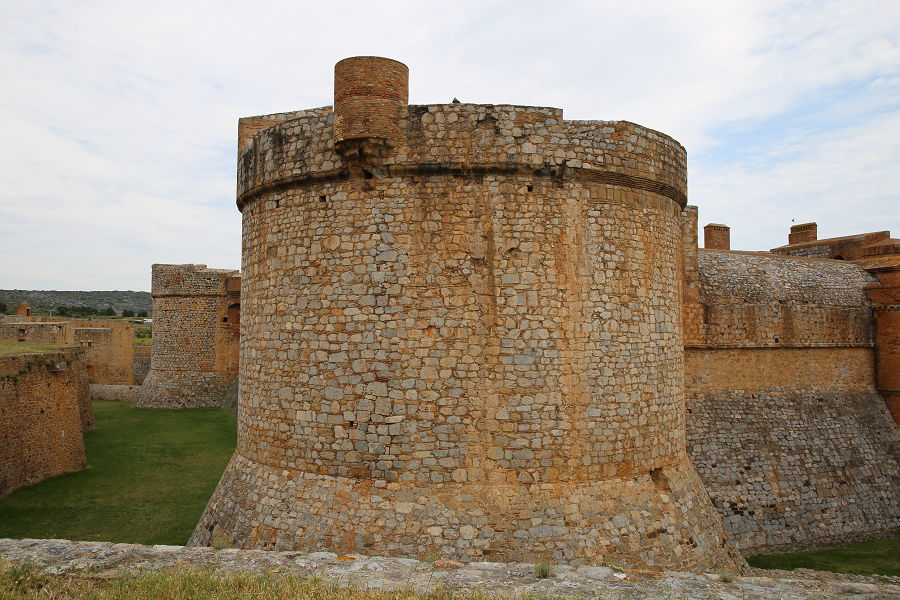