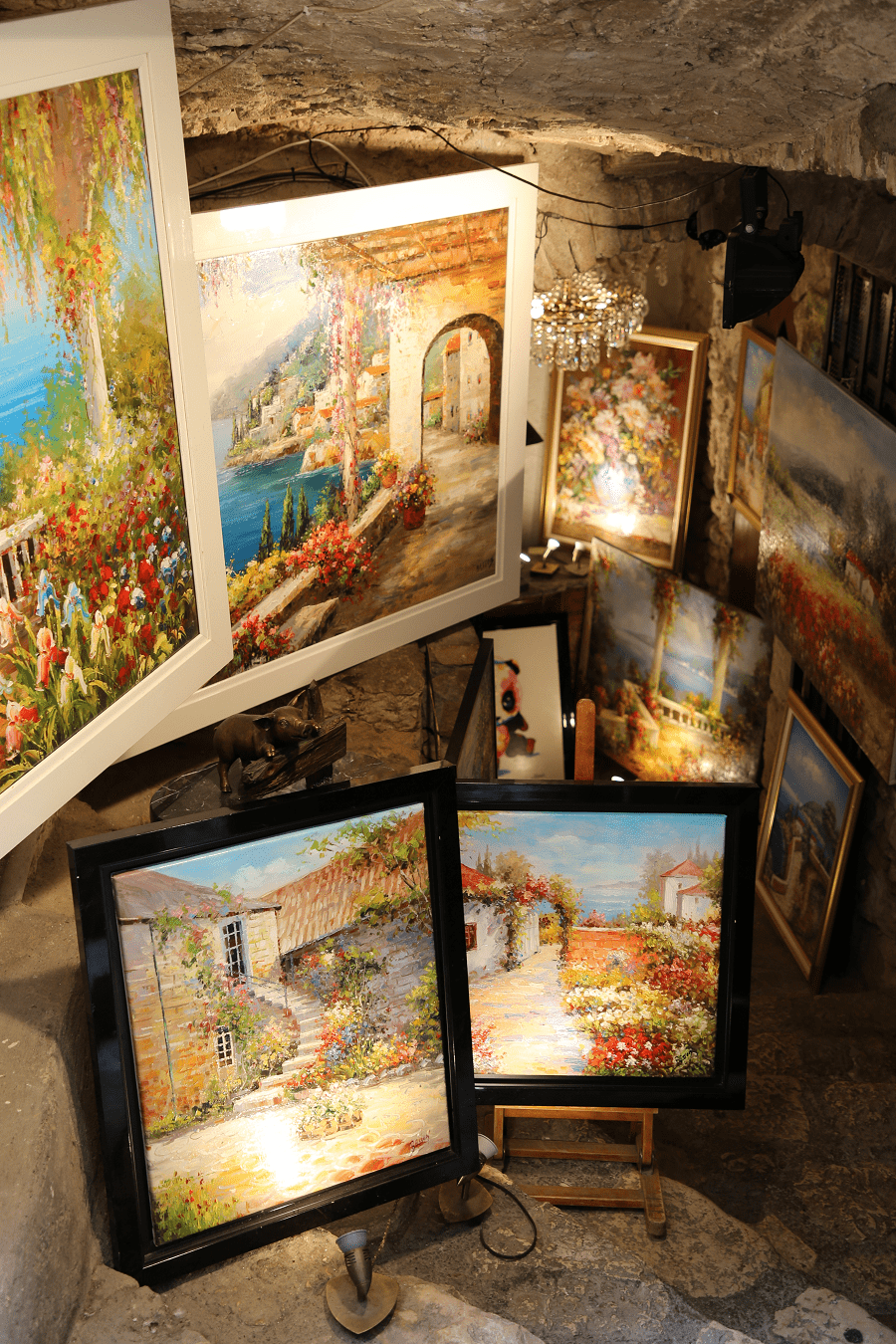 Saint-Paul-de-Vence (Fr. Saint-Paul-de-Vence) is a commune in the Alpes-Maritimes department in the Provence-Alpes-Côte d’Azur region of Southeastern France. One of the oldest medieval towns on the French Riviera, it is well known for its modern and contemporary art museums and galleries such as the Fondation Maeght, which is nearby. 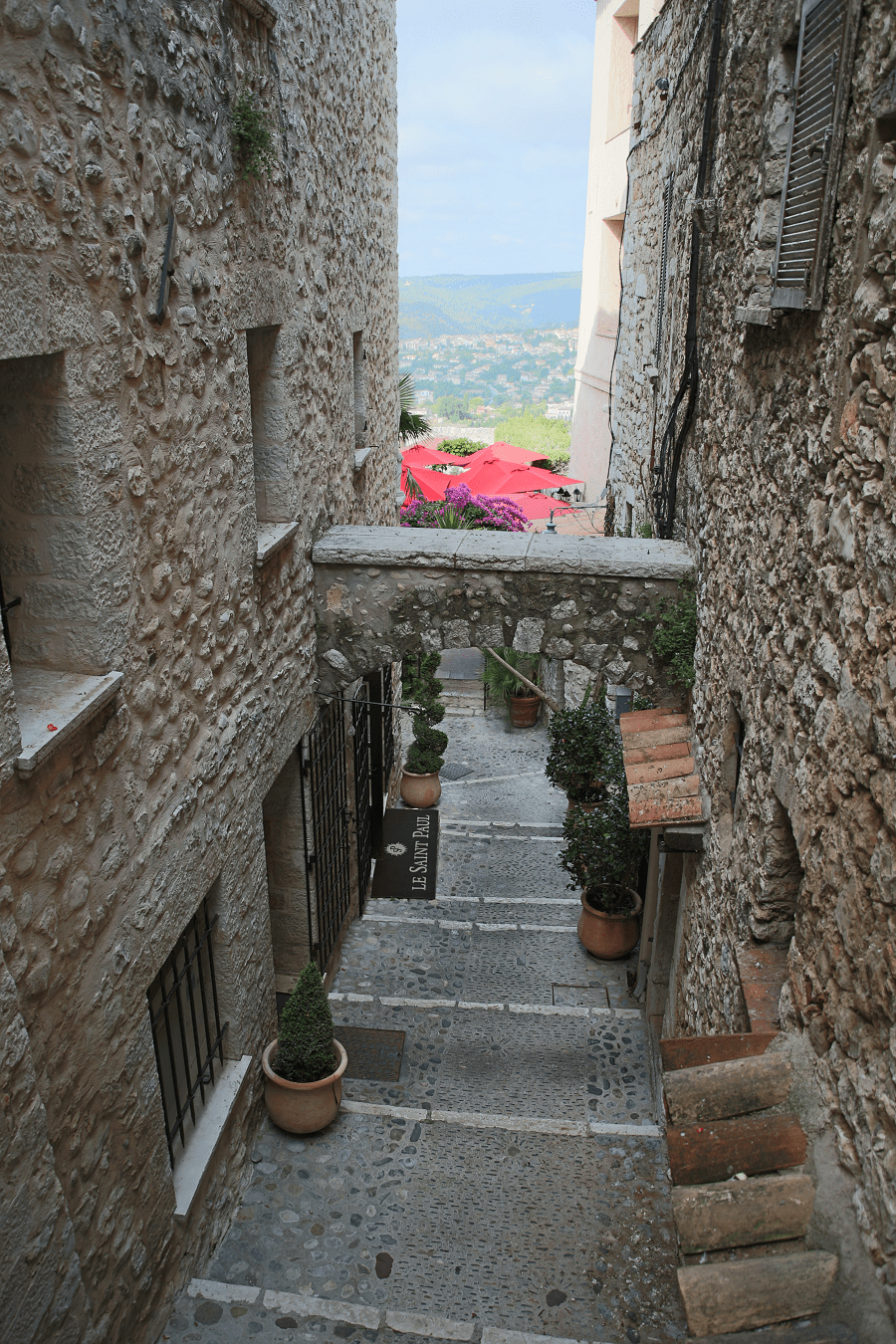 Saint-Paul-de-Vence has long been a haven of the famous, mostly due to the La Colombe d’Or hotel, whose former guests include Jean-Paul Sartre and Pablo Picasso. During the 1960s, the village was visited by French actors Yves Montand, Simone Signoret and Lino Ventura, and poet Jacques Prévert. Former Rolling Stones bassist Bill Wyman also lived here. 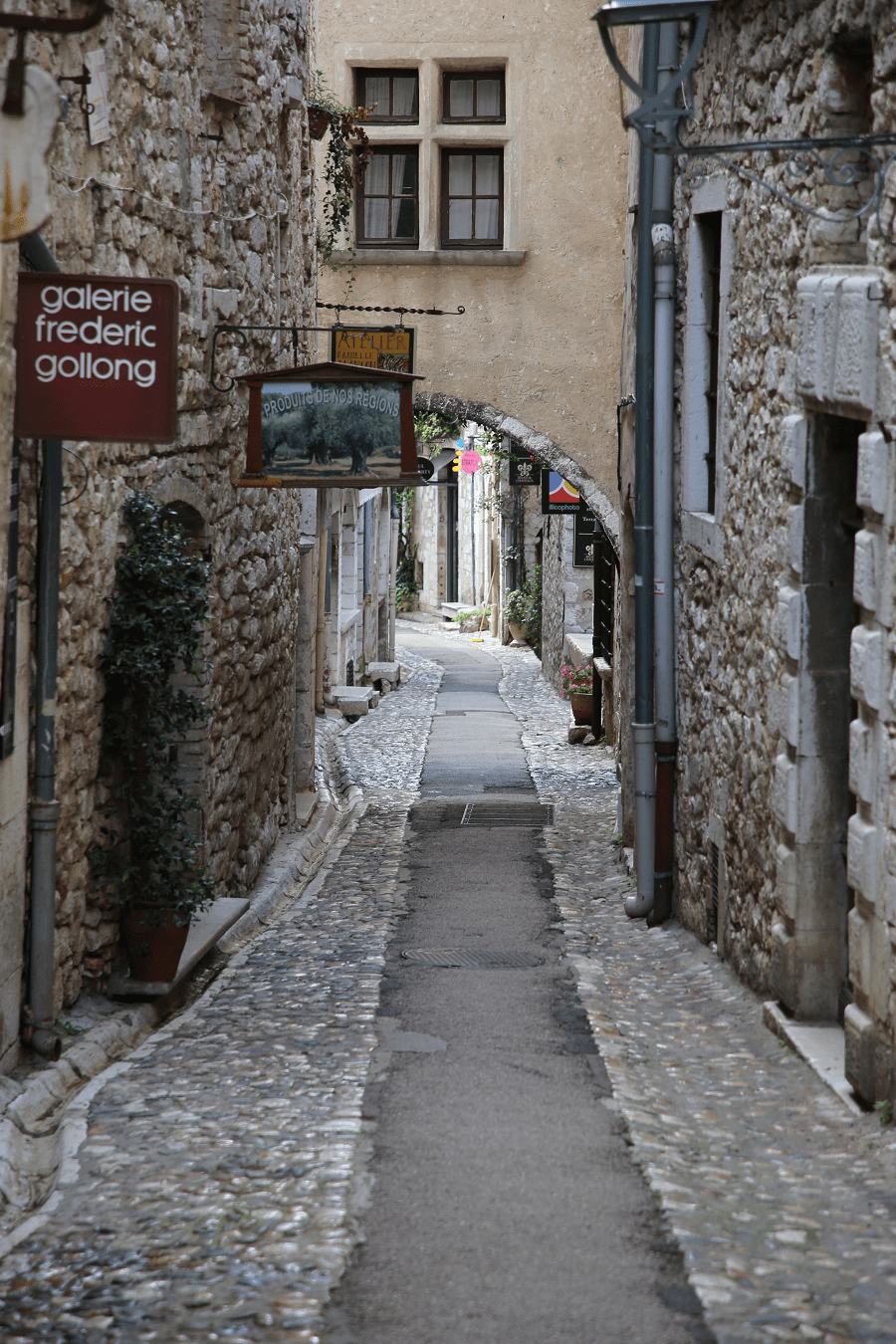 The ramparts: built on the order of François I as a replica to the citadel of Nice, from 1544 to 1547, they have hardly undergone any alteration. It is one of the first bastioned fortifications built in France. It is the work of the military engineer Jean de Renaud de Saint-Rémy. Vauban inspected these ramparts during one of his fortification inspection tours in 1700. 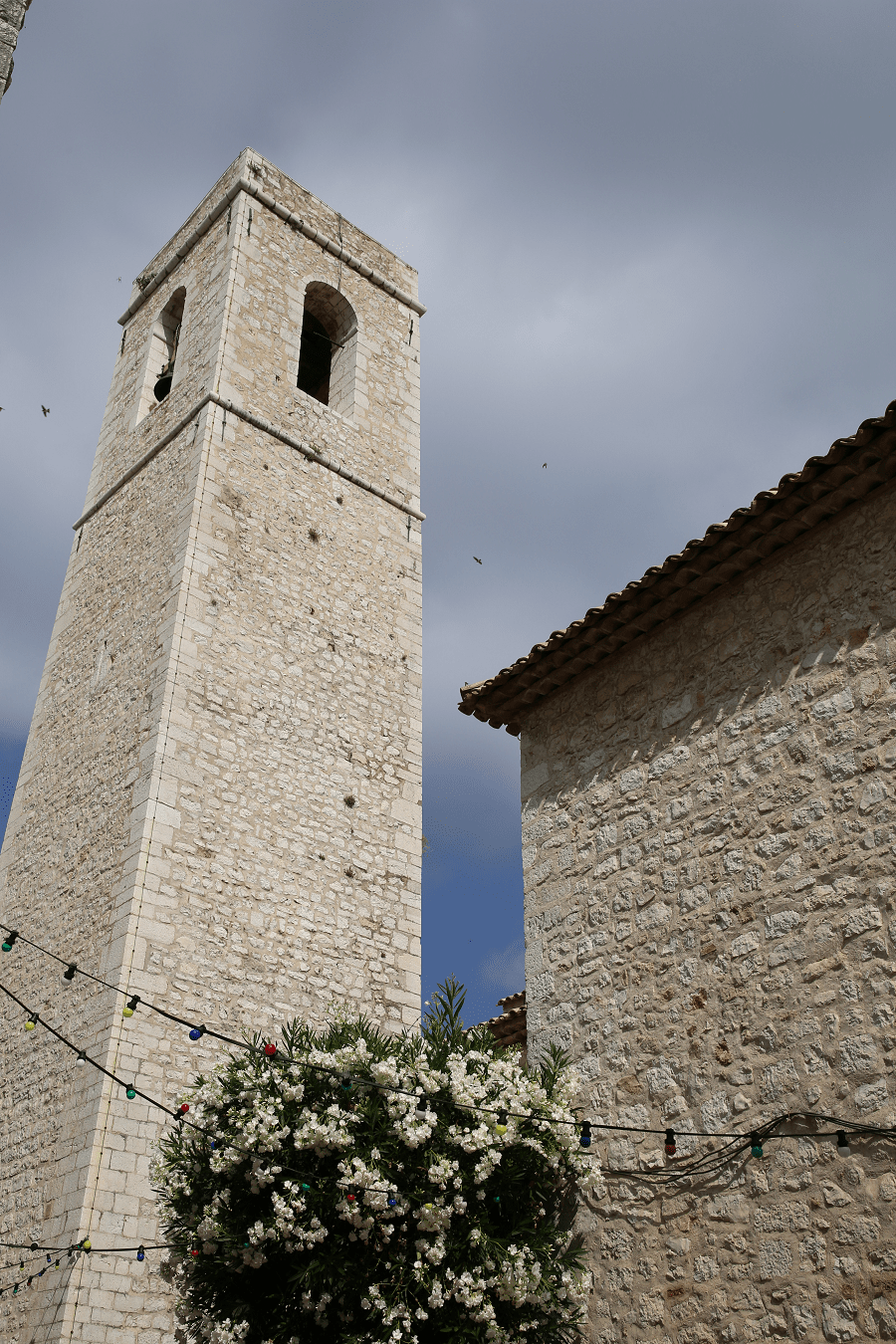 The Maeght Foundation: a Mecca for modern and contemporary art, directed by Aimé and then Adrien Maeght. It houses temporary exhibitions and sculptures in the park. We find the great names of modern art there, walking through the rooms and gardens of this exceptional place, with the works of Miró, Giacometti, Chagall or Léger, links that united the Maeght family to the artists of their time, as well as the architecture of the buildings designed by Josep Luís Sert. 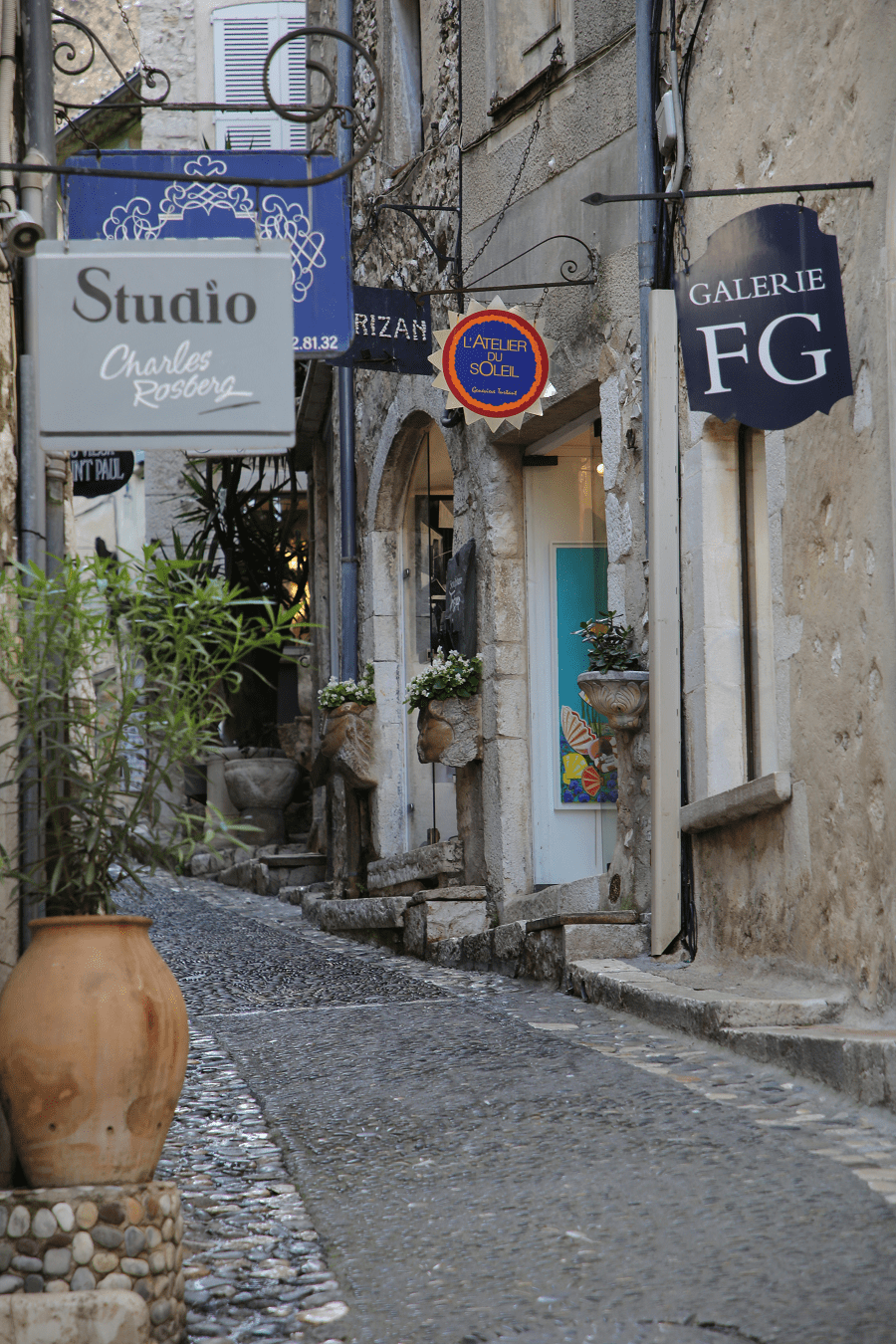 The local history museum offers an interesting shortcut of the history of the town.

The cemetery of Saint-Paul-de-Vence contains the grave of Marc Chagall.

The pontis, passage over the rue Grande, dating from the fifteenth century. 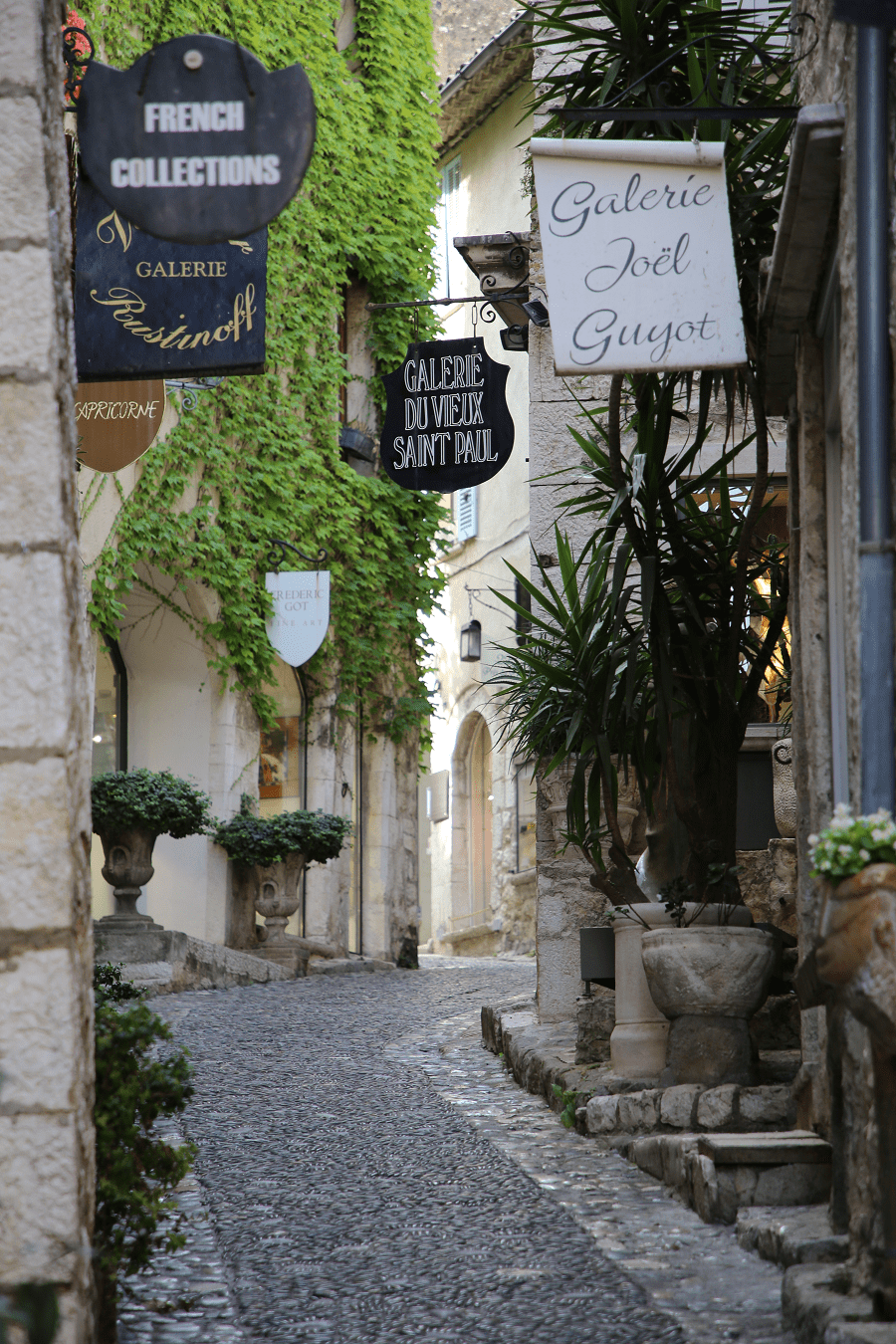 The stately tower, next to the church, now serving as town hall.

The Moulins aqueduct which supplied the town’s mills. 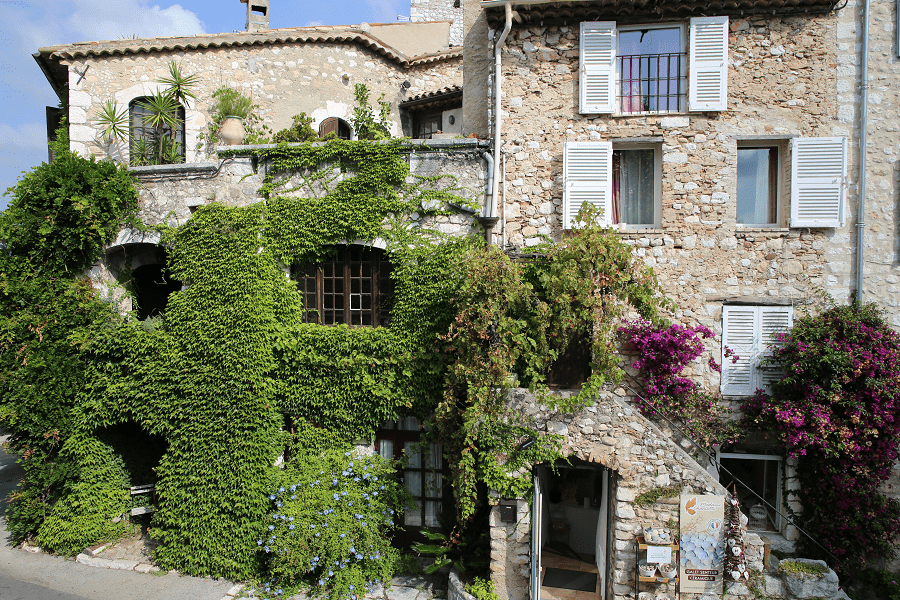 Collegiate Church of the Conversion-de-Saint-Paul: (twelfth to thirteenth century) restored in the seventeenth century. Built as a collegiate church in 1666. In the Saint-Clément chapel, adorned with stucco, the altar is formed by a bas-relief representing the martyrdom of Saint Clement and two paintings, one from the Italian school, the other from the Murillo school; the church also contains a painting of Saint Catherine of Alexandria by Tintoretto. 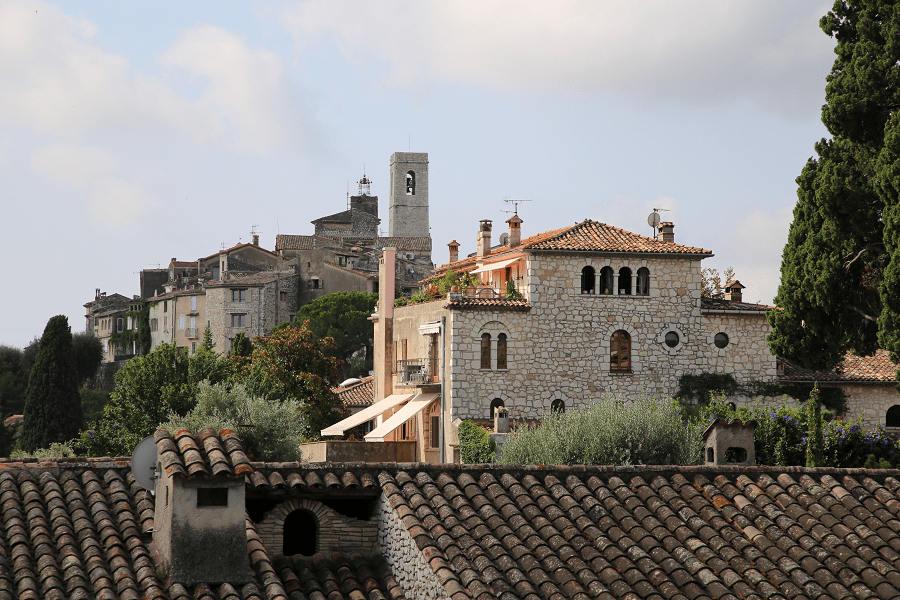 Sainte-Croix Chapel, Chapel of the White Penitents (seventeenth century): Jean-Michel Folon carried out a vast decoration project there. It’s astonishing three-sided bell tower completes the harmony of the highest part of the village, between Place de l’Eglise and Rue Cassette. A work clearly inspired by the spirit of the place which he had transcribed with precision in drawings and watercolours. 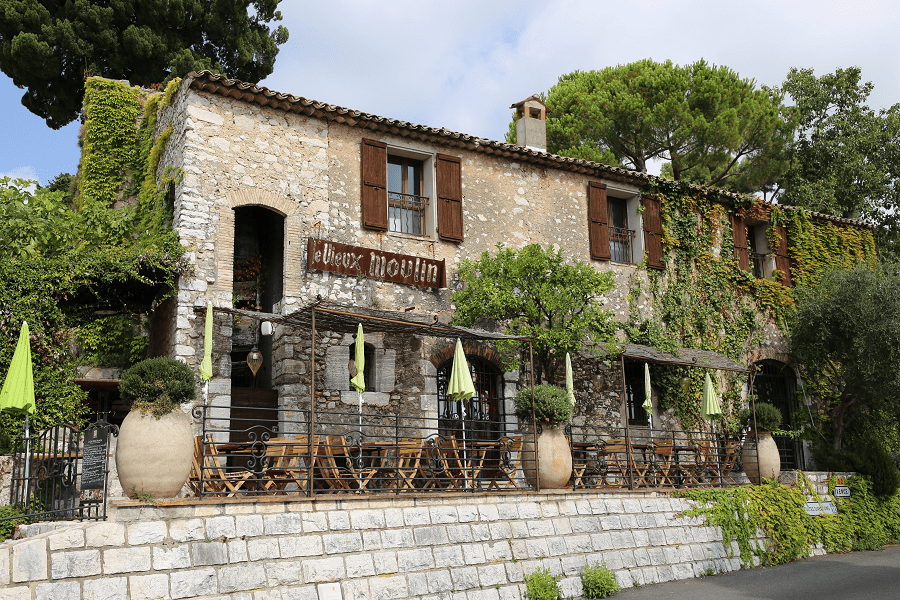 He worked there until his death in 2005. He composed eight canvases, four stained glass windows, two sculptures and a 106 m2 mosaic with simple and soft lines. 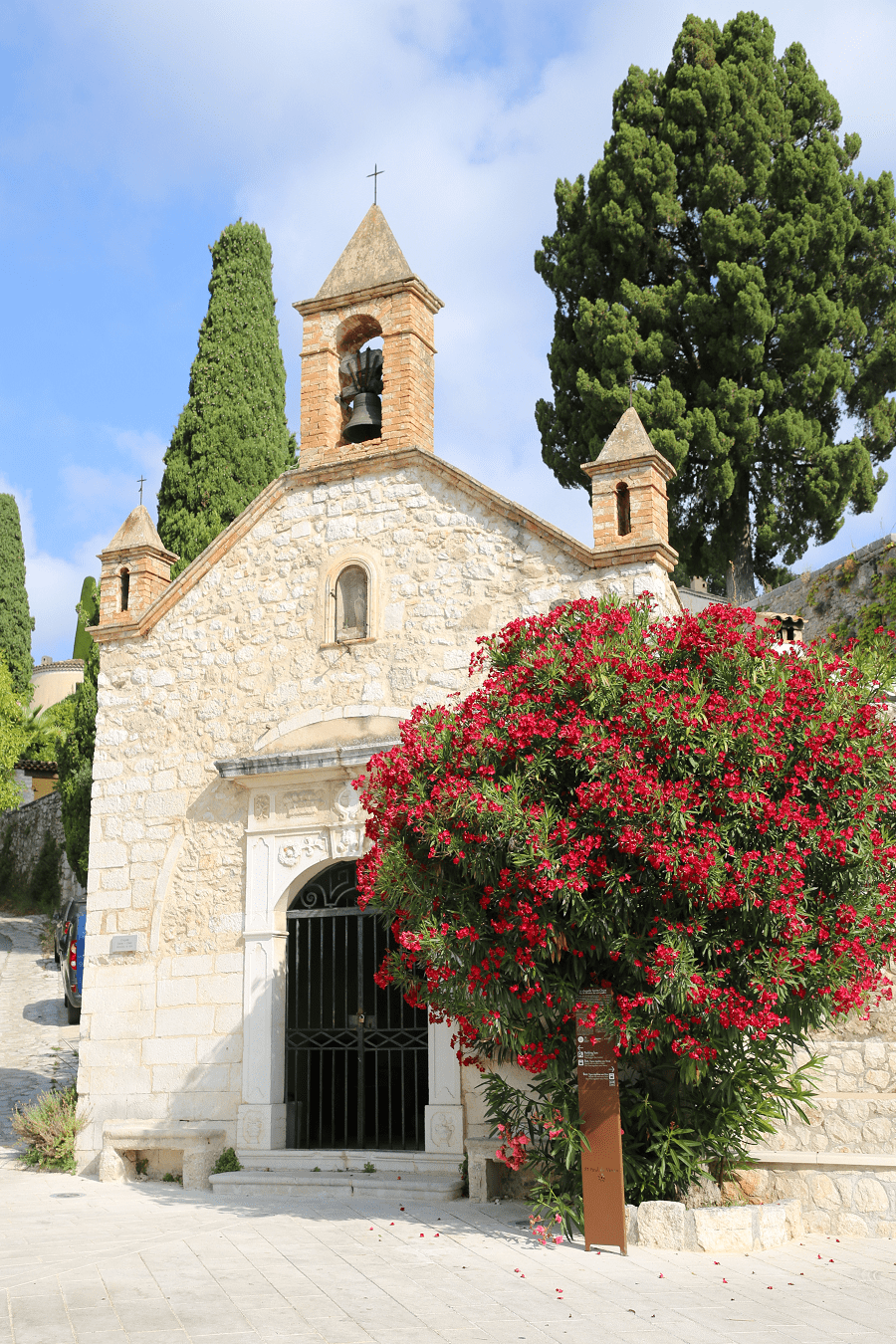 The chapel, inaugurated in June 2008, is also the last decorated chapel in the southern Mediterranean. 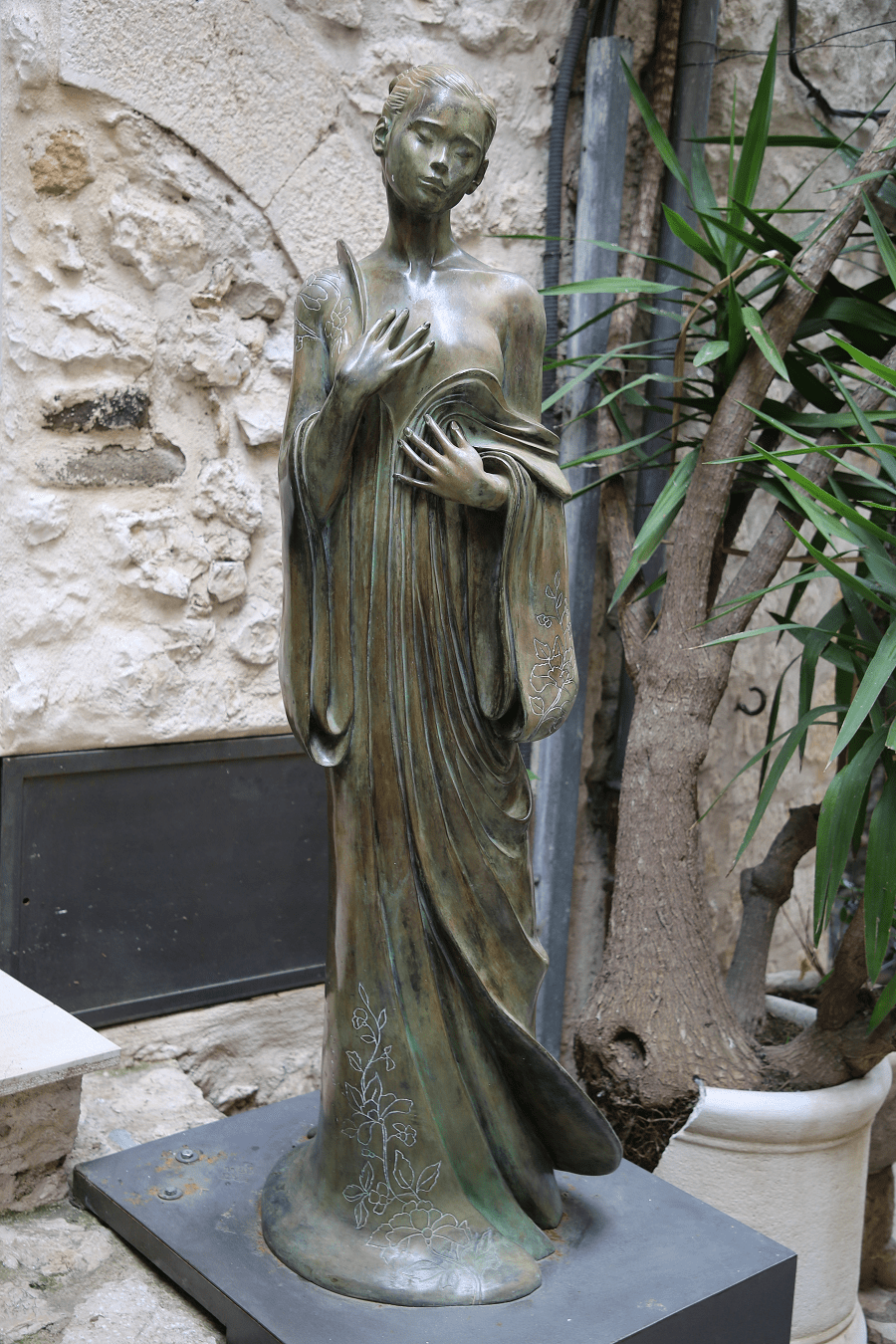 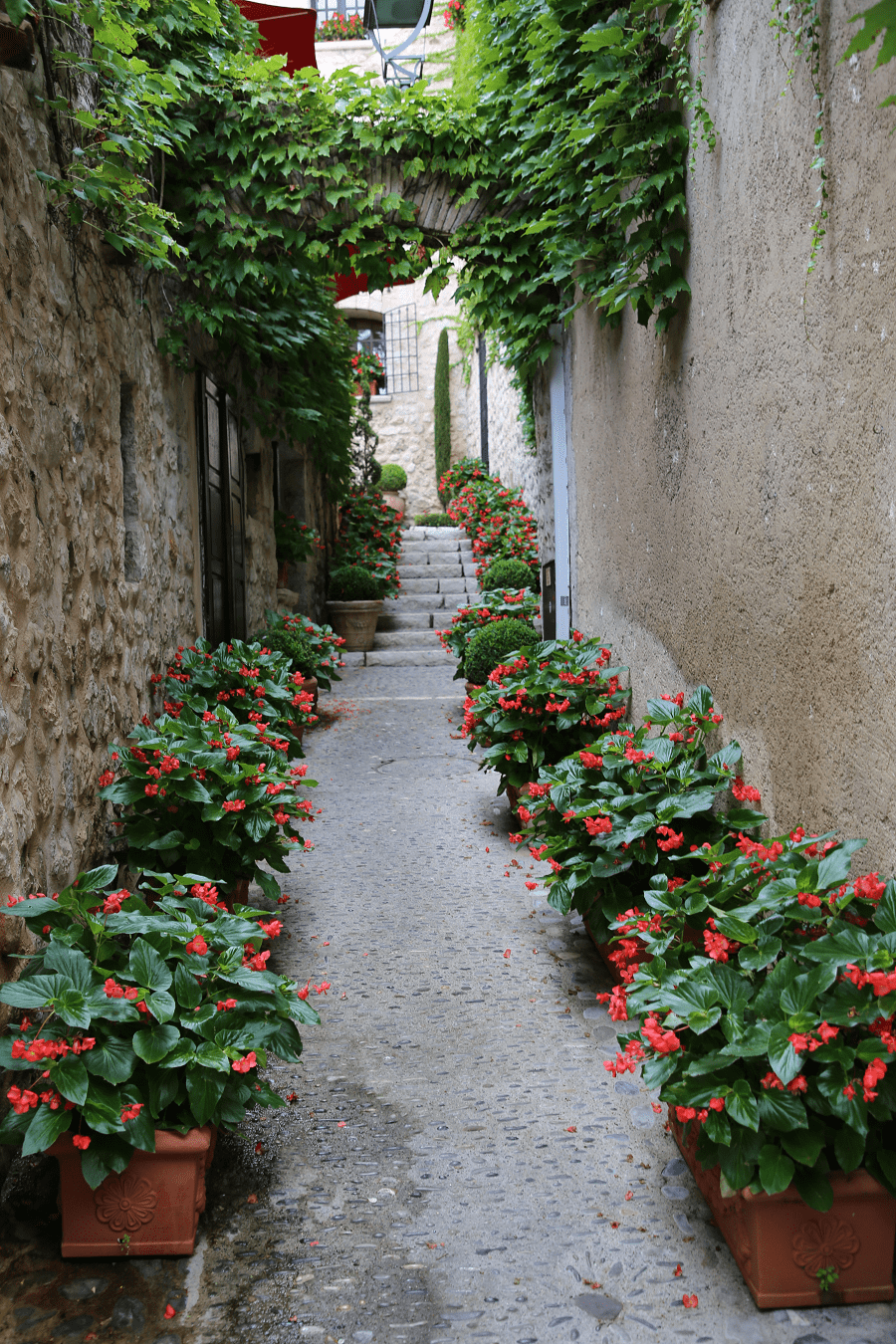