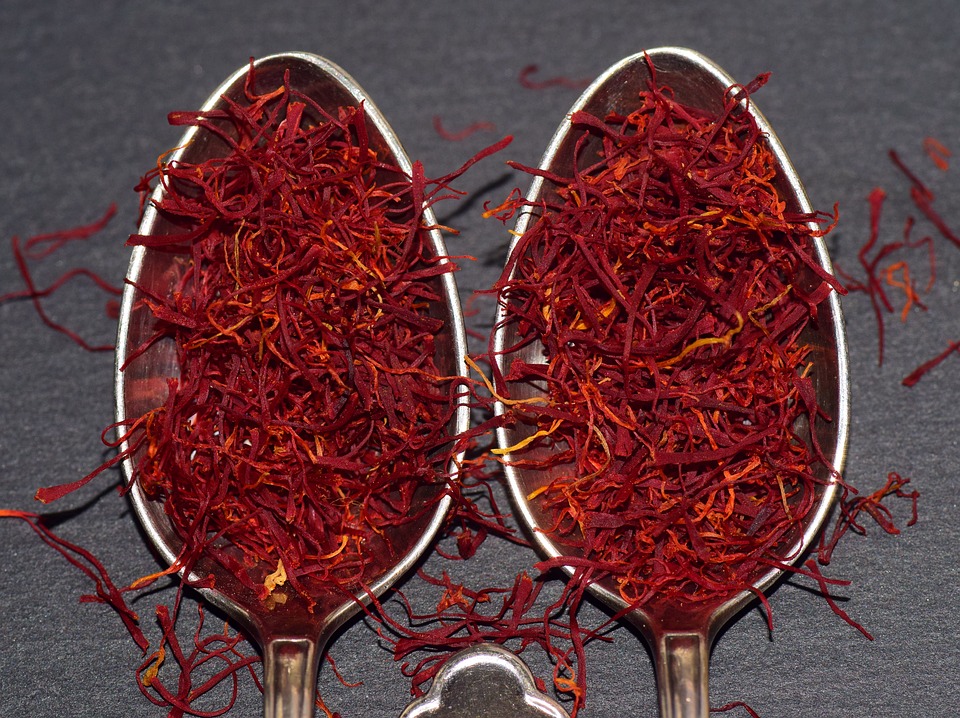 Today in home cooking there is a large number of different spices and seasonings that can be added to dishes. However, a spice like saffron isn’t always found in every kitchen. The reason for this is the high price of saffron, as it is considered to be one of the rarest spices. This is what my blog post is about today.

Saffron, or crocus, as it is called in ornamental plant cultivation, is a perennial plant of the Iris family, a bulbous species. The plant reaches a height of 25 cm and has narrow linear leaves that appear during the flowering period. The flowers of this plant are large and purple (sometimes yellow or white). On one corm up to three flowers can form. The tubers themselves are rounded and slightly flattened. A crocus plantation blooms for 10-14 days, while a single flower bloom takes 1-2 days. After flowering, triangular shaped fruits are formed from the flower. Saffron seeds are not formed.

The history of saffron:

The first crocus records are found in the Noisean cuneiform and date back to 3000 years BC. For the first time, the people of Mesopotamia, an ancient state located between the Tigris and Euphrates rivers, began to eat saffron. In ancient Roman civilization, aromatic oils and fragrant water were made of it, which was sprayed into their homes and clothes. Cleopatra loved to take saffron baths. Also, the Egyptians learned to use crocus for embalming. During the Crusades, saffron was introduced to Europe. Spain became the first country in which saffron was grown on plantations.

The production of saffron is very labor-intensive, requiring mostly manual labor. To collect one kilogram of spices, you need to process a plantation with 200,000 plants. The main producer of saffron is Iran. There are also crocus plantations in Greece, Spain, France, England and in the state of Pennsylvania USA. The plant grows well in loamy soils. If you plant an onion in May, it will be possible to harvest it in November. The flower stamens are picked (usually three in each flower(, then the gathered stigmas are dried under the sun.

Saffron has a rich spicy aroma, so it is often used to flavor pastries, desserts, and drinks. The taste of this spice is bitter, so it should be added very carefully to the dishes for taste. Saffron is used to make pilaf, lamb meat dishes, and added to veal and young lamb. Before using saffron, it is pre-soaked in water or milk. You can also add saffron to melted butter. Saffron consumption is very small. One gram of this spice is enough for not one dish. If for cooking, saffron is used, then there is no need to add other spices and spices. Also in cooking, it is best to use saffron tincture. It is a bit cheaper than the spice itself, but its dosage is not so small.