Russian team (men) has defeated today the Spanyards and won the semifinal of 3X3 basketball tournament of the European Championship FIBA • All PYRENEES · France, Spain, Andorra 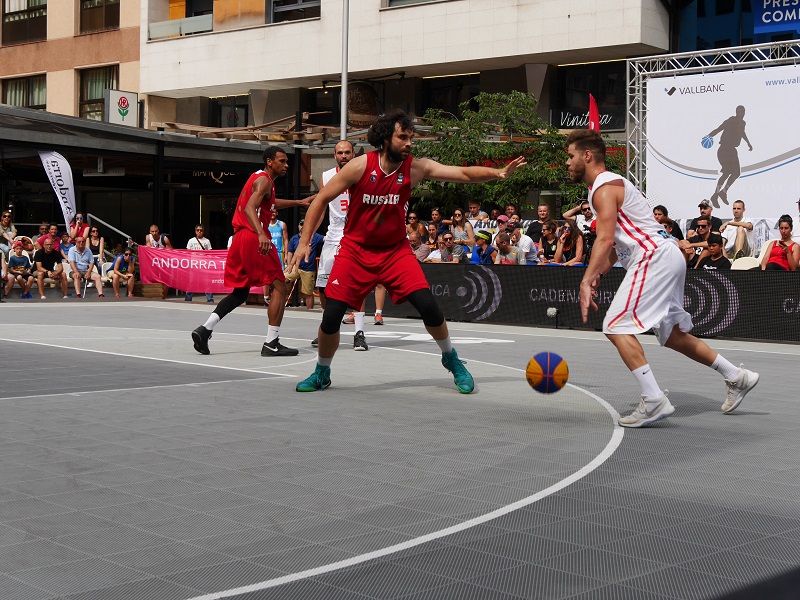 The two-day match quarter and semifinal of the qualifying 3X3 basketball tournament of the European Championship FIBA has ended today in Andorra with the victory of the Russian team (men), who defeated the Spanish team with a score of 22:20. The Russian team will have to fight the Latvian team in the final game, which will be held in Amsterdam on 7-9th July.

21 national teams from 19 countries (12 male and 9 female) participated in the competitions.

Andorra will be the place for one of the stages of the competitions in basketball 3х3 in 2018.

Look here for the photos of the event