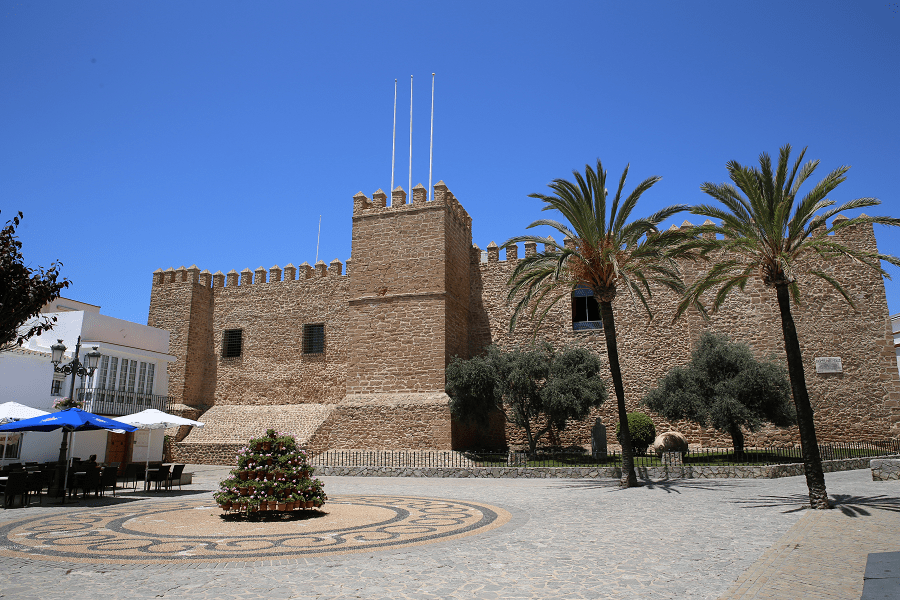 Rota is a municipality and city located in the province of Cádiz (Spain), in the autonomous community of Andalusia. It borders the cities of Chipiona, Sanlúcar de Barrameda and El Puerto de Santa María.

Located next to the Bay of Cádiz on the Atlantic Ocean coast, halfway between Portugal and Gibraltar, it is a famous tourist city, a holiday destination for travelers from all over Europe. In low season, its main commercial activity is the fishing industry. The Naval Base of Rota is quasi-located in its municipal area. 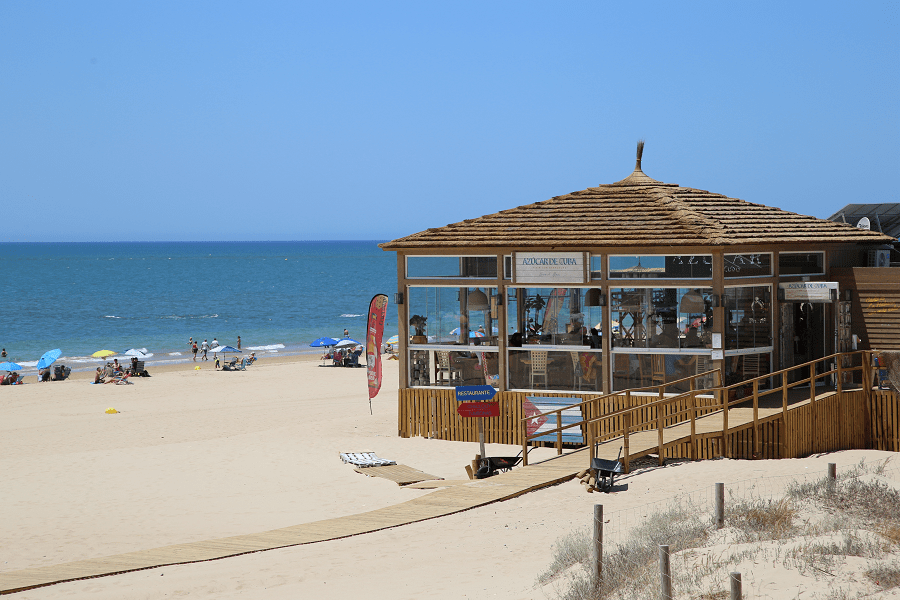 The Castillo de Luna: rectangular in shape, with five towers and its interior articulated around a central courtyard. Seated on an Arab ribat, its construction began in 1295, Alfonso Pérez de Guzmán. Restored in 1999 for use as a town hall. 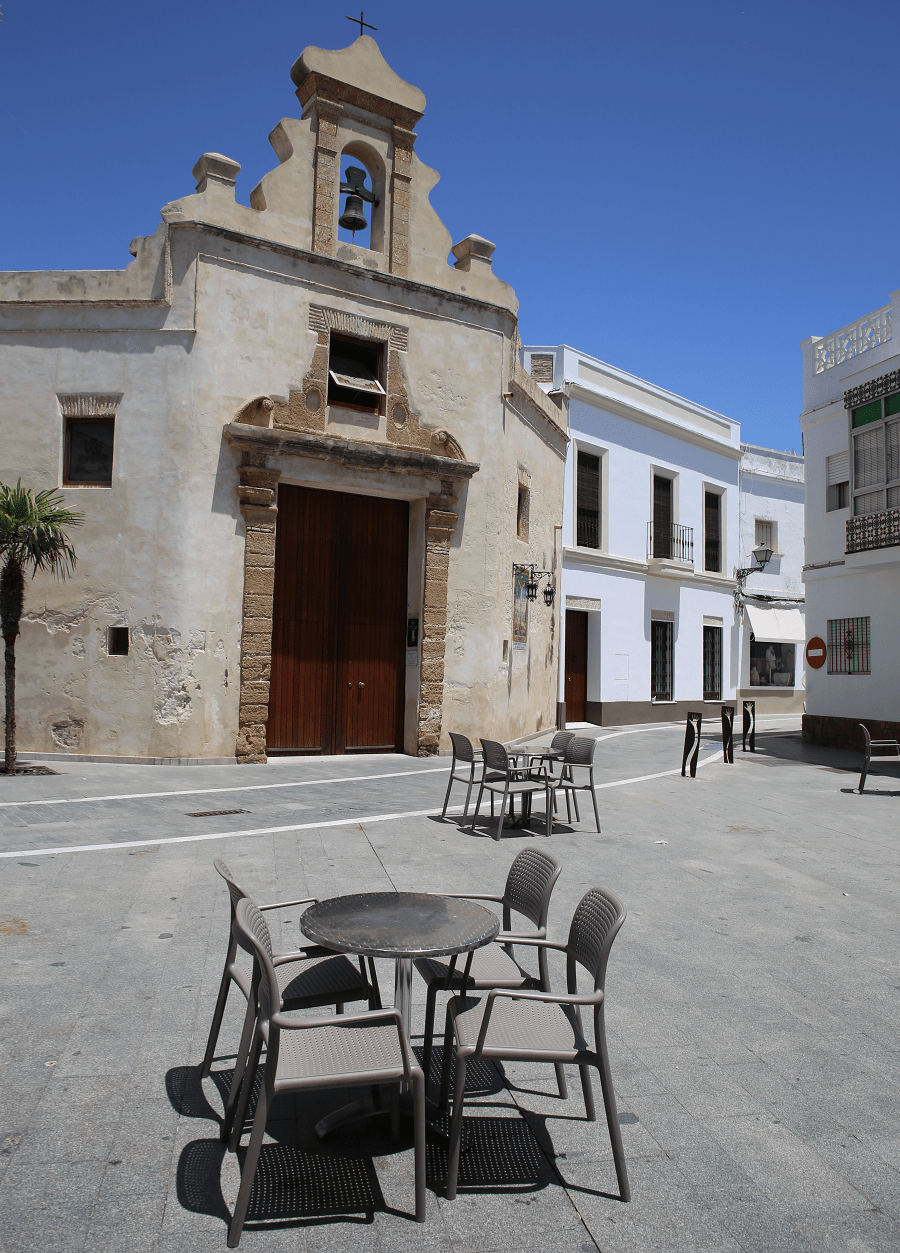 Wall: shaped like an oval surrounding the city. Built of masonry and only 2 meters thick. At first it was used to separate the surroundings of the ribat with the settlements outside the fortress. Later it was conditioned for a more defensive use, adding batteries and bastions. Today only traces remain, as well as the doors through which it was accessed, these being the Puerta de Regla, Chipiona or de la Carne; Puerta de Jerez or Pasadilla; Puerta del Mar or the Pier; Door of Sanlúcar or of the Villa. 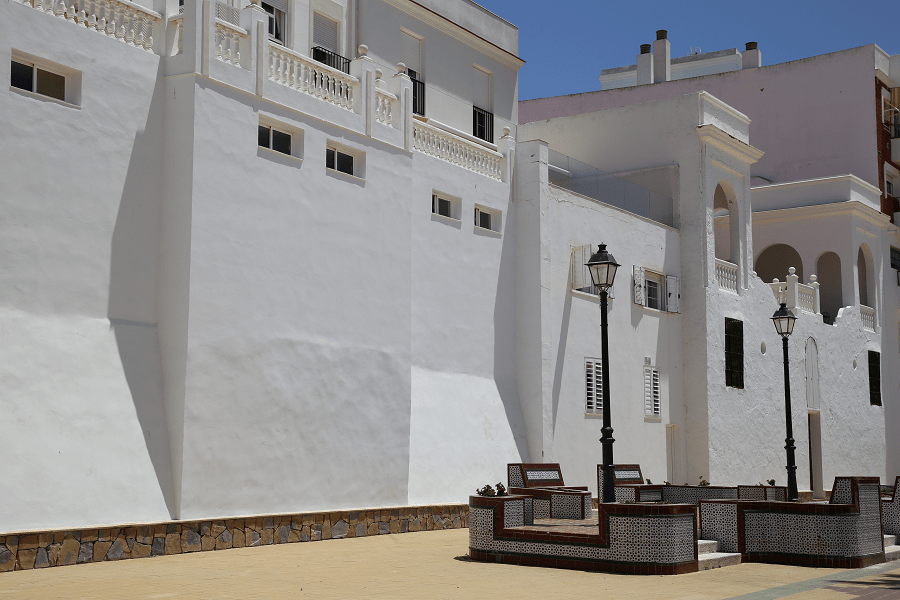 The Church of the O: formed by a single central nave of late Gothic style with Plateresque and Renaissance tendencies, and five chapels added. Don Rodrigo Ponce de León paid for the construction of the temple, completed in 1537. Its interior stands out for the conjunction of Gothic, Elizabethan, Plateresque and Baroque styles. The images of the choir, the organ of XVIII (one of the only ones in Spain), the Triana tiles from the 18th century, numerous pieces of silver and various carvings of great interest, such as the image of Jesús Nazareno, by an unknown author. 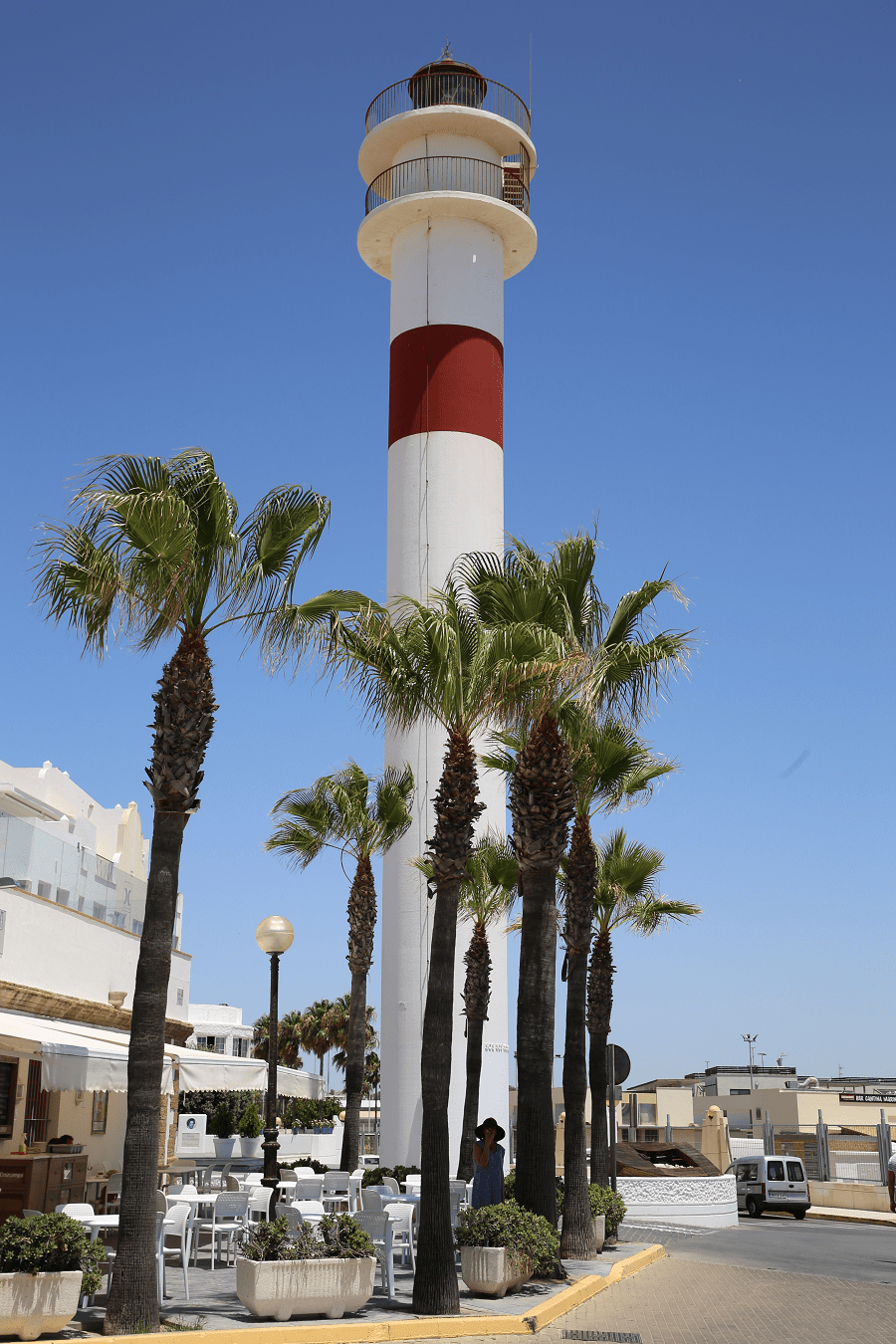 Torre de la Merced (17th century): with a square plan and an octagonal shape at the top, it is finished off in the shape of a semi-sphere, covered with bright white and blue tiles. It is part of the old convent of La Merced, from the 17th century. It was destroyed by a storm in 1722, raising the current one. 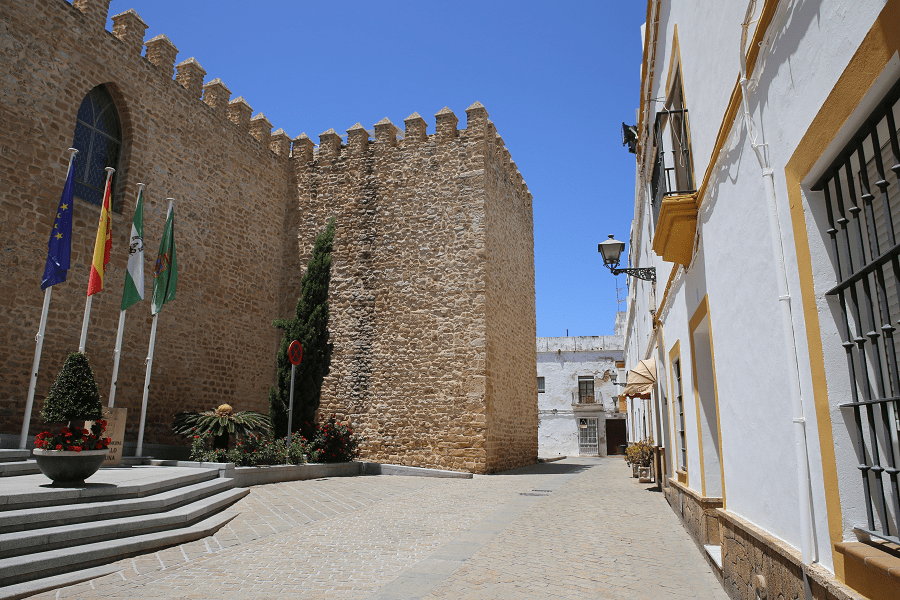 Chapel of San Roque (17th century): it is made up of three naves separated by low and thick columns, the central nave being larger than the lateral ones. In its beginnings it was a hermitage on the outskirts of Rota. An image of the Christ of Veracruz stands out, from the 18th century.

Chapel of Charity (18th century): with a Latin cross plan, it is the Baroque monument. Its altarpiece from the  XVIII. 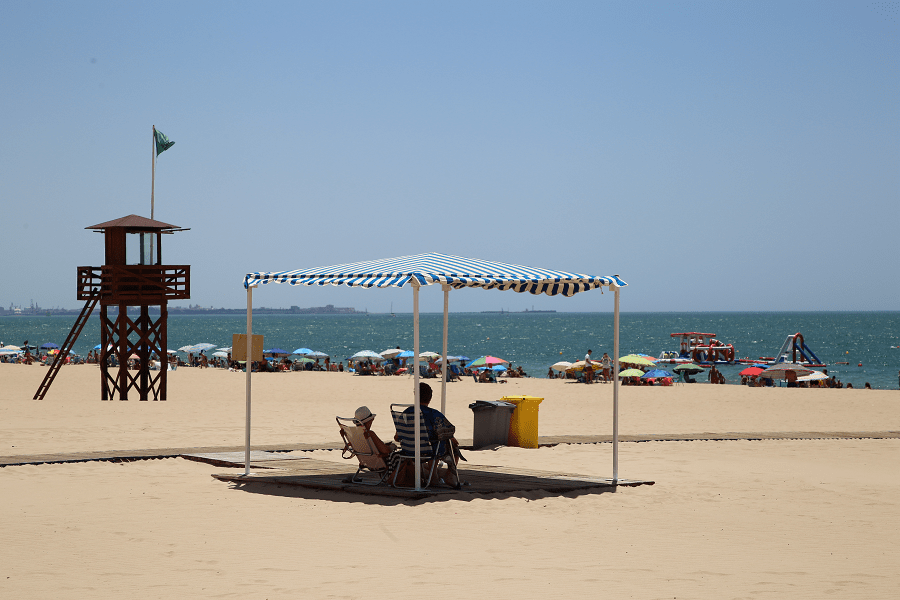 Los corrales (declared a Natural Monument: it is a plot delimited by walls of artificial construction that separate the surface of the sea into different compartments, whose use is fishing. The construction is attributed to the Roman settlement and historical testimonies recognize the continuity of its exploitation until mid-twentieth century. Apart from its historical and cultural value, it has great ecological interest as it is home to a great diversity of both animal and plant species, and there is a plan underway for its rehabilitation and reuse. 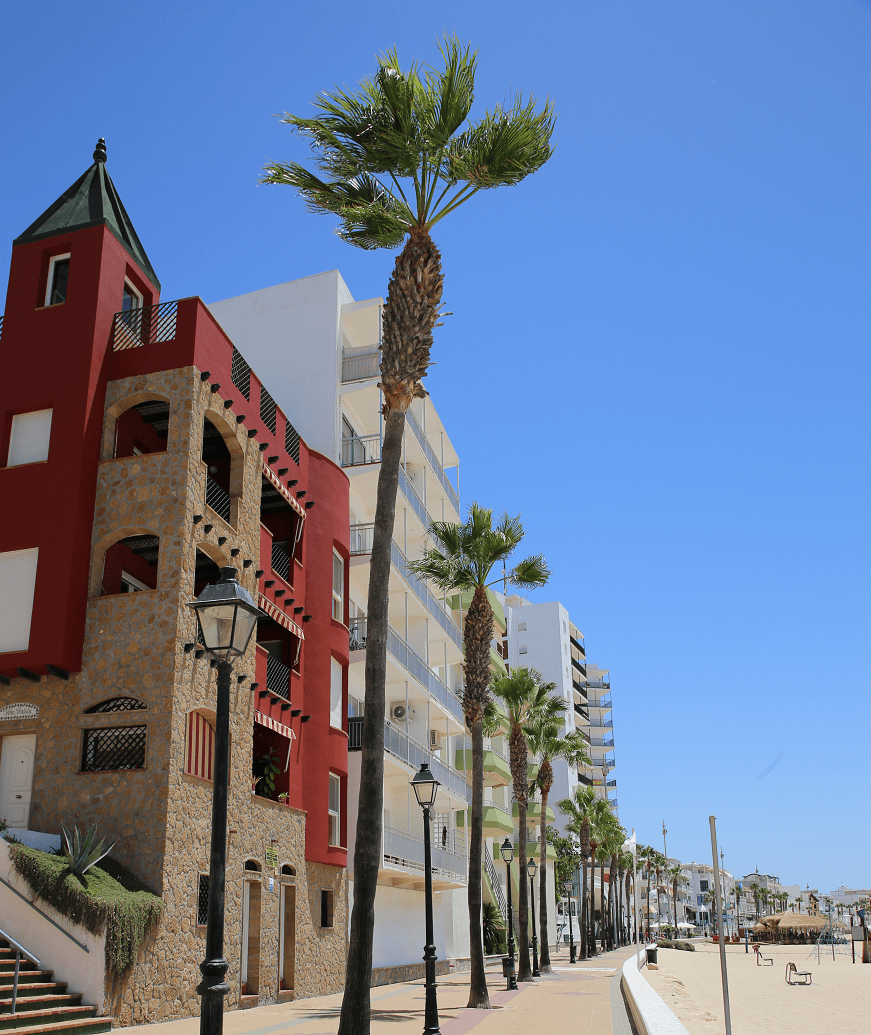 Rota lighthouse: on a gate in the wall.

A traditional dish is the arranque made with chopped bread, tomatoes, green peppers, garlic, salt and olive oil. The local wine, known as tintilla, is made with dark, ripe grapes. It can be found in the numerous bodegas spread over the old town, one of them being El Gato which produces its own wine. 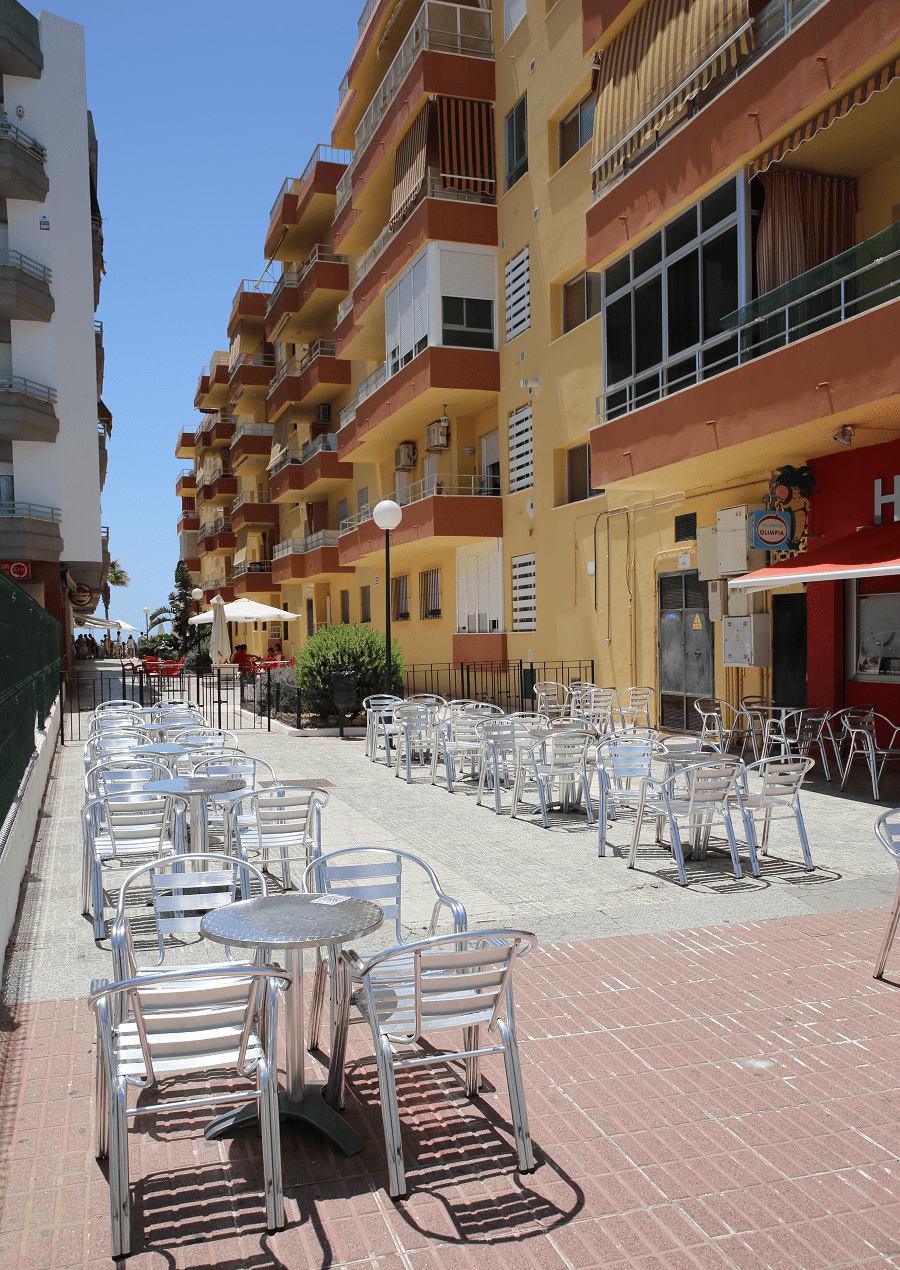 Spanish, Andalucian, Cádiz, and Rota gastronomic delights are many and varied. Most Spanish people enjoy dishes such as caracoles (snails), menudo (tripe soup), chicharrón (deep fried pork rinds), a variety of wines, and of course gazpacho (cold tomato soup taken as a drink). 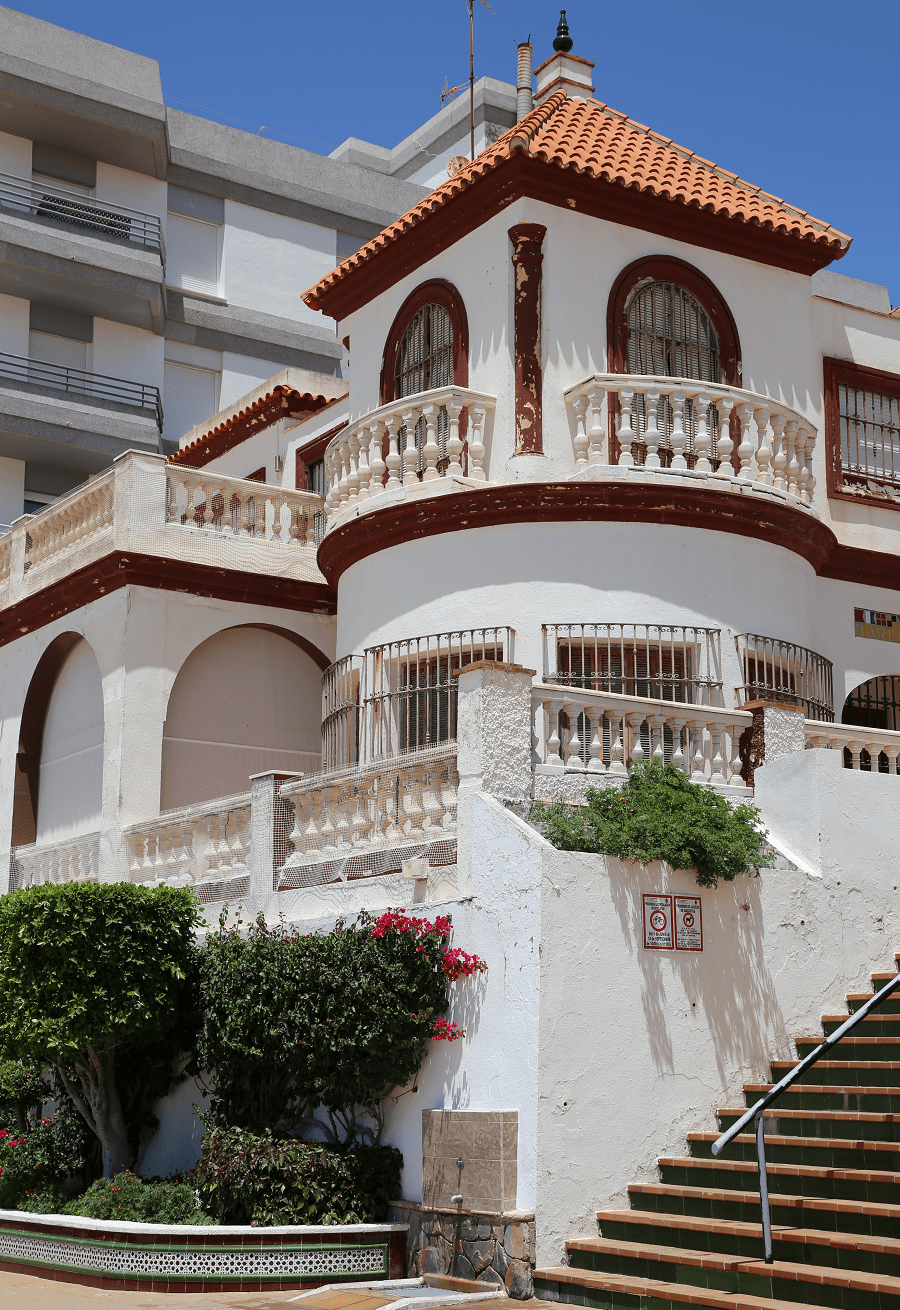 Main beach Playa de la Costilla has the Blue flag for the excellent quality of its golden sands and a clean sea. Since 2006, the important distinction of the “Q” has been added for quality , which guarantees the control of the security, rescue, leisure, water surveillance, information, cleaning, accessibility services, as well as the beach bars, while taking into account the hygienic conditions, the environmental quality levels of its sand and waters, and the management and treatment of environmental aspects, among other matters. 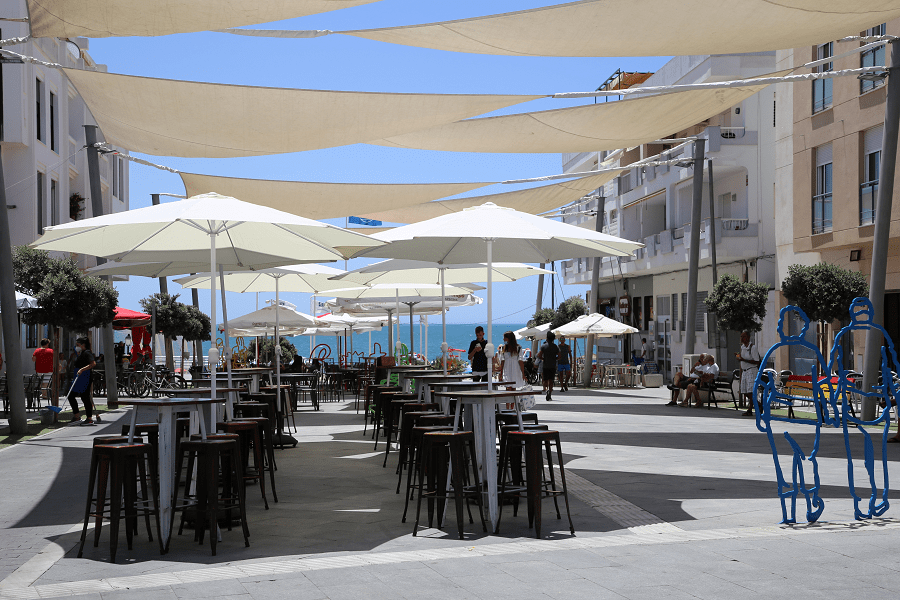 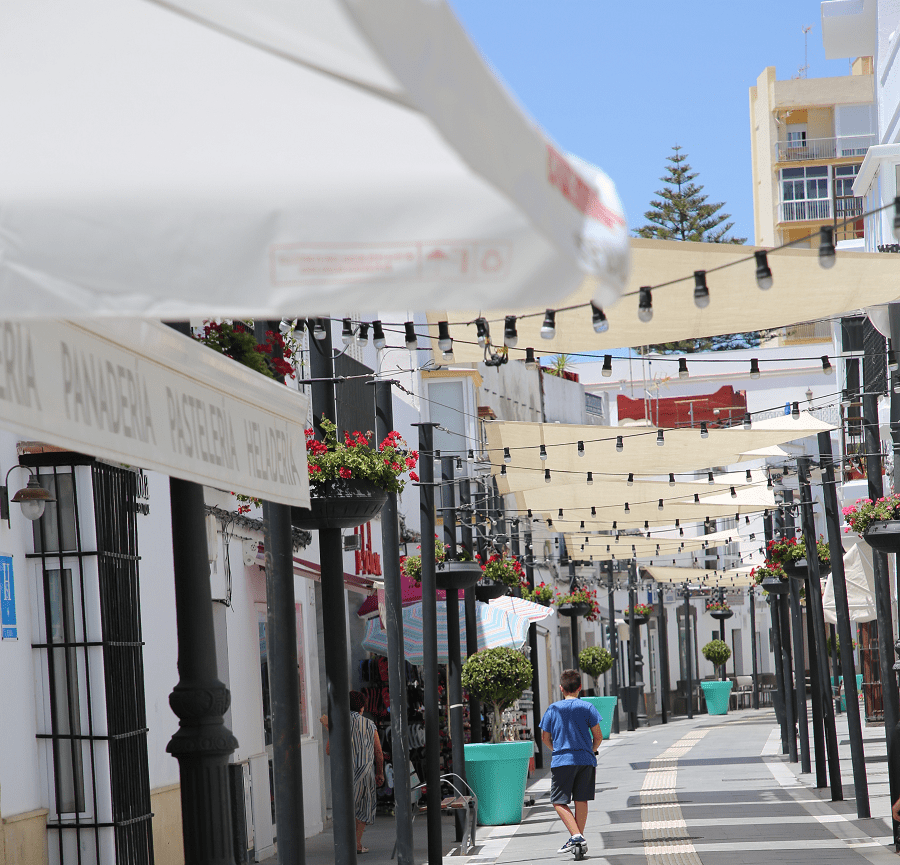 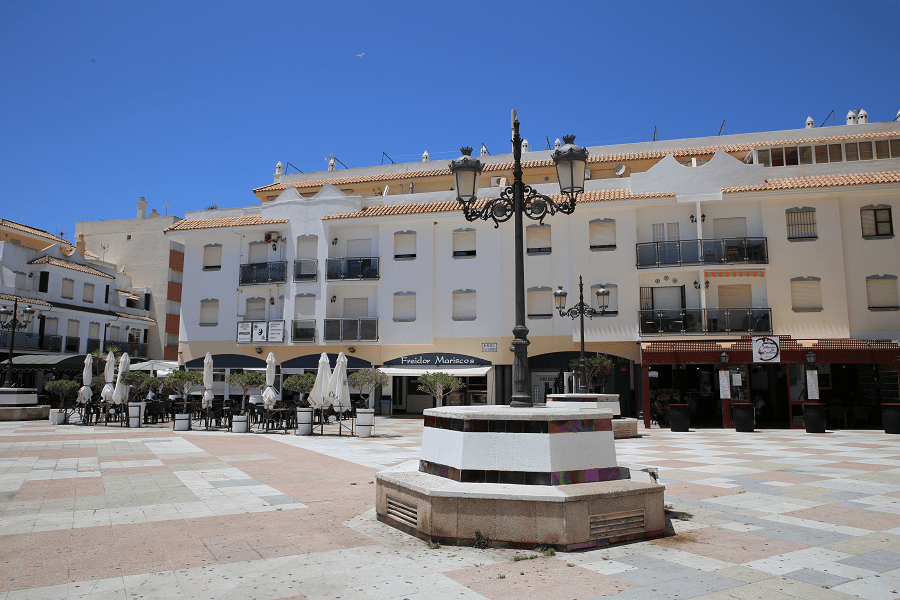 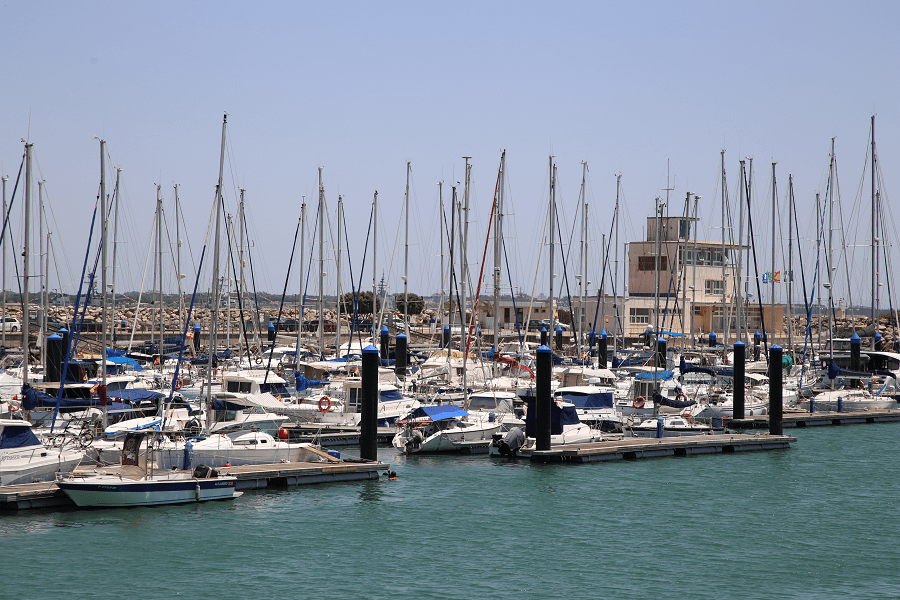 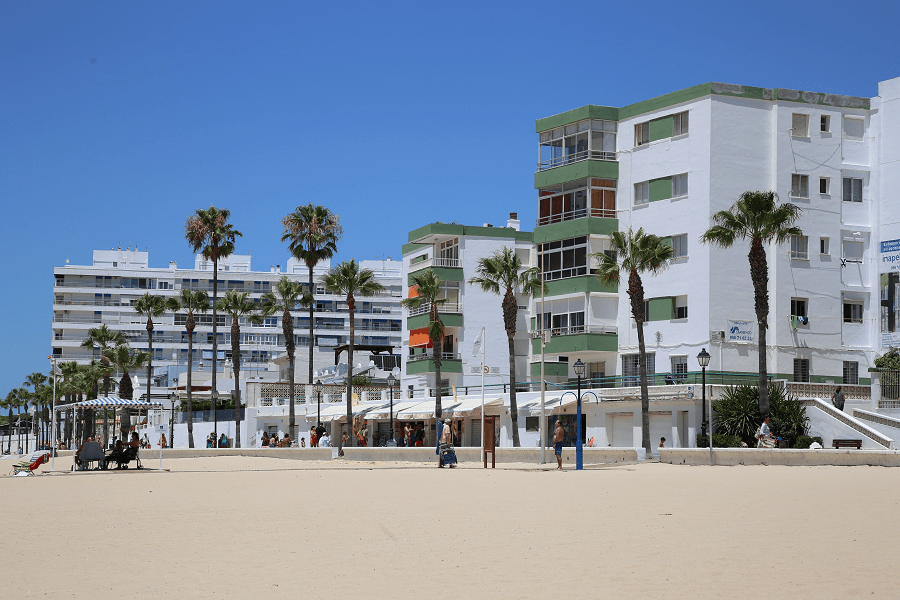 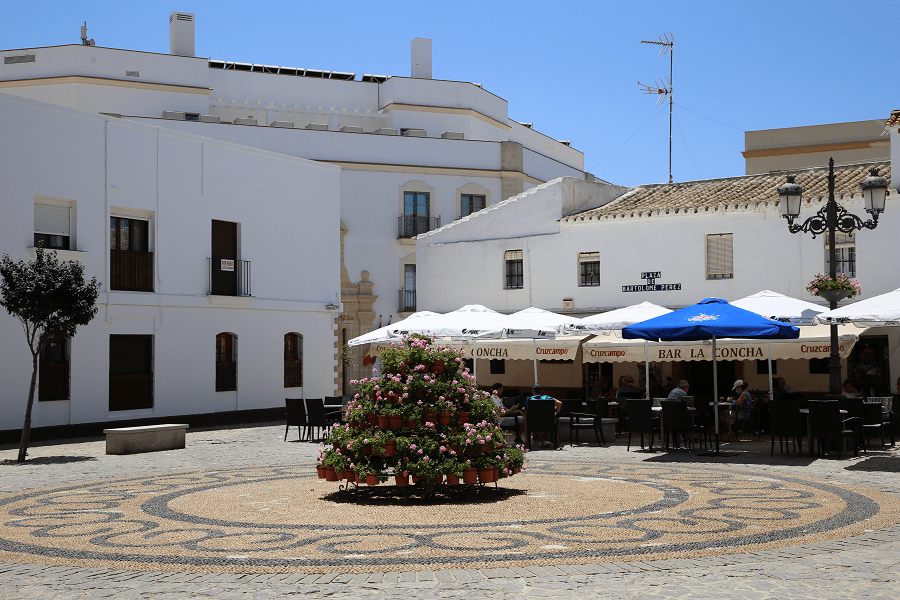 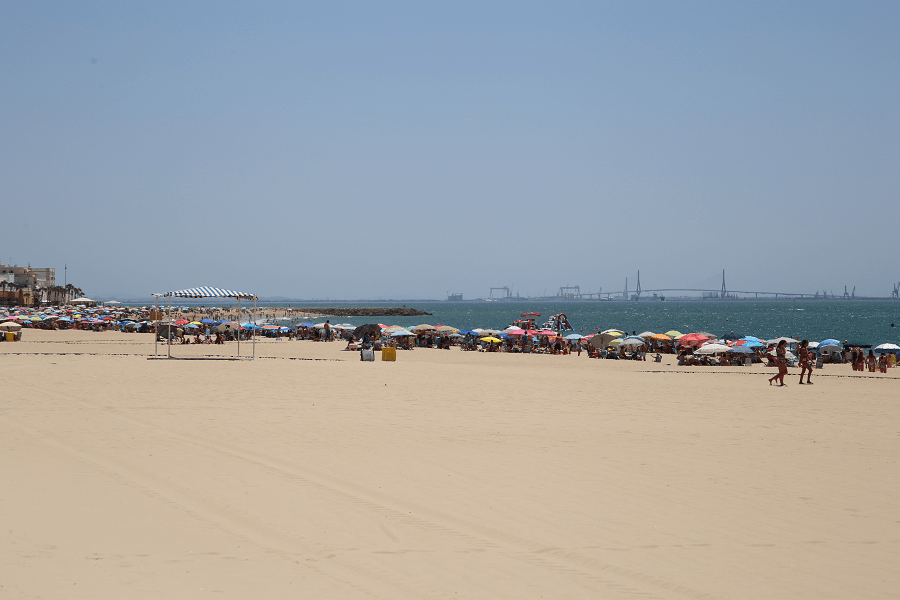 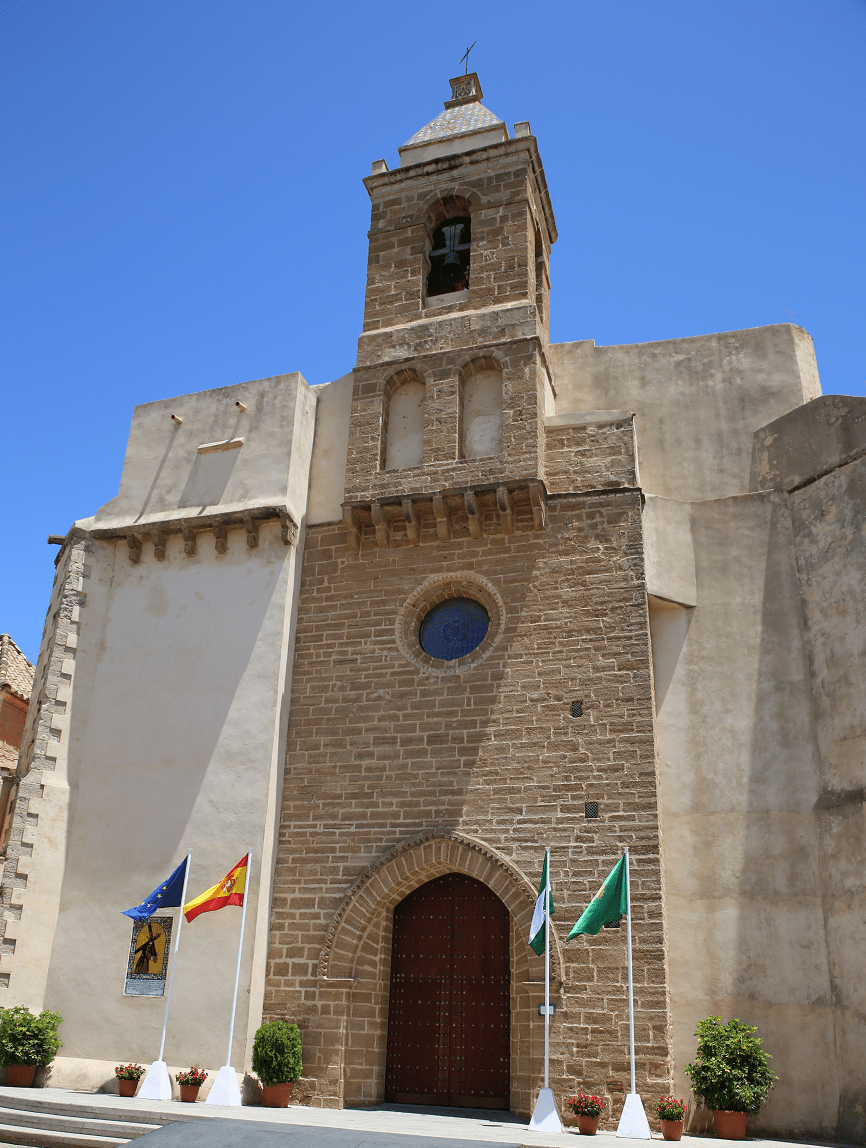 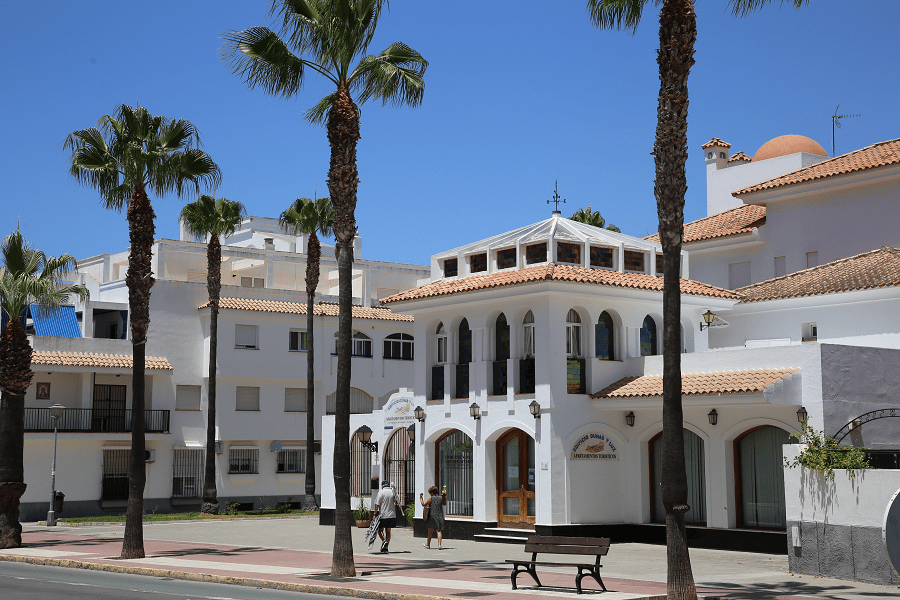 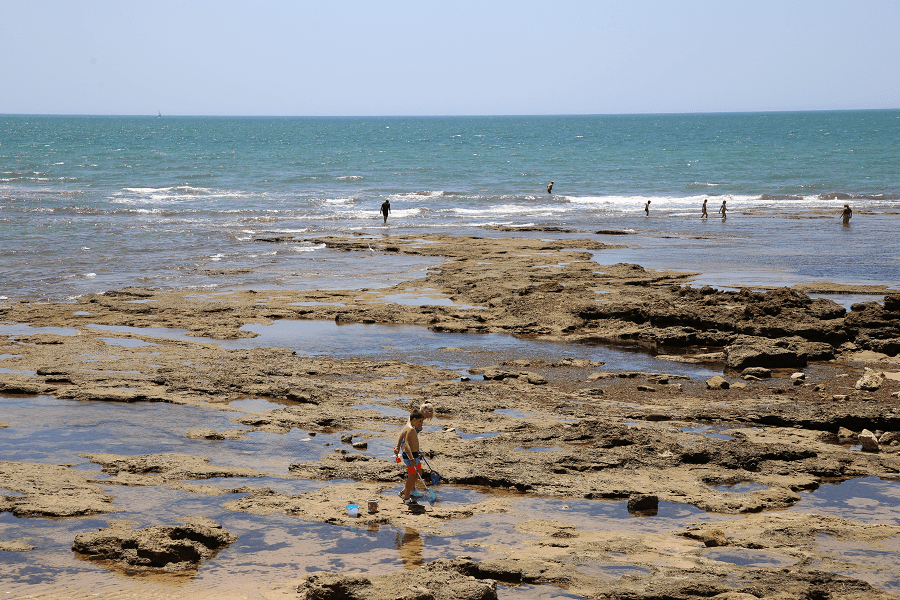