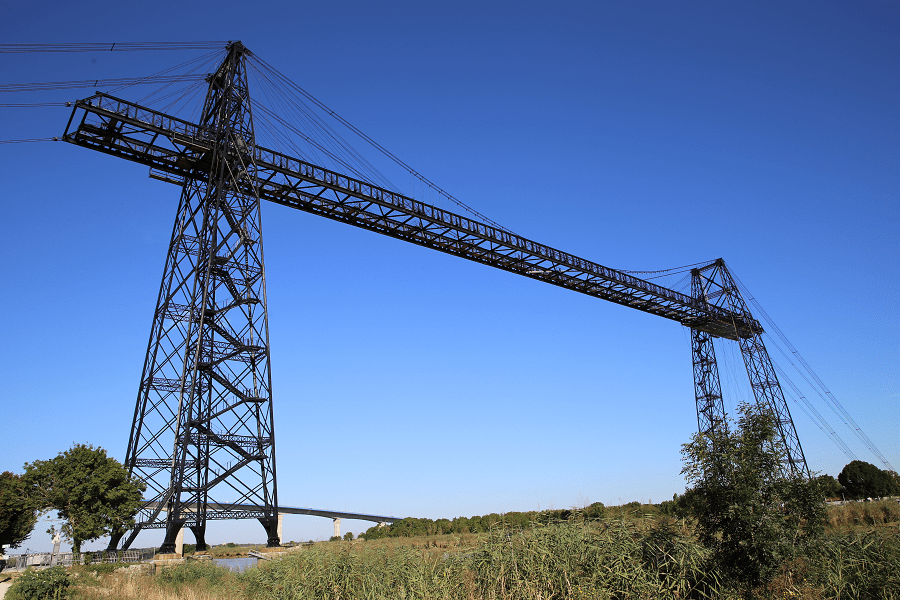 Rochefort-Martrou Transporter Bridge is a bridge built between 1898 and 1900 (27 months). It is located in Rochefort, Charente-Maritime, Nouvelle-Aquitaine, France. Crossing the Charente River, it has a maximum height of 66.5 metres and a total length of 175.5 metres. It is a technical invention accomplished by a French engineer: Ferdinand Arnodin.

1967 – End of service. The transporter bridge is abandoned in favor of a vertical lift bridge.

Open everyday (except monday morning) from 29th of July the 1st of November.

Free for children under 6

There are currently 8 transport bridges in the world:

There is a general strategy for listing all eight monuments on the UNESCO World Heritage List.