Andorra invests in the reconstruction of RN20 highway between Andorra and France • All PYRENEES · France, Spain, Andorra 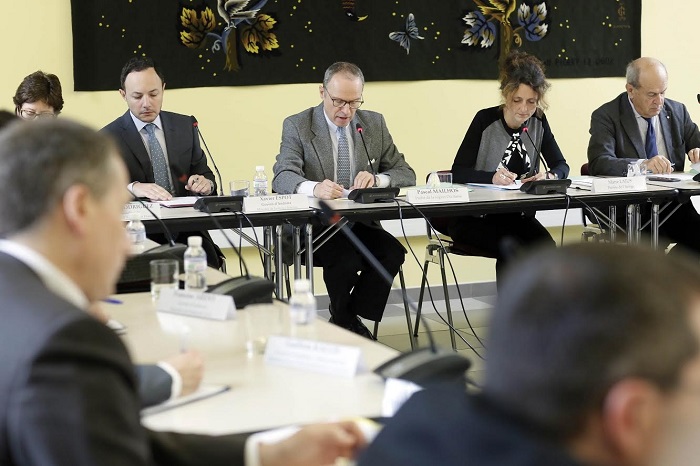 The Minister of Justice, social and internal affairs of Andorra Xavier Espot announced intention of the government to invest in the improvement and reconstruction of RN20 highway between Andorra and France. Works are planned to be made in connection with the need to increase the possibility of exploitation of the road during winter bad weather conditions. The main reconstruction is about the stretch of road between Tarascon-sur-Ariège and tunnel Puymorens.

Over the next few weeks an international agreement is planned to be signed which will provide a specific schedule and cost estimates. In particular, Andorra reports about the construction of devices for protection against avalanches in the area of L’Hospitalet-près-l’Andorre, the creation of infrastructure of special parkings needed to install the chains on the wheels of cars during snowfalls.

The cost the project for Andorra is 21 million euros. Andorra is prepared to pay half of that amount for several years. The total estimate of works to improve the road RN20, which start in 2018, estimated at 160 million euros.

Xavier Espot expressed satisfaction with the progress of preparatory work, and added that Andorra considered this project as a priority.

The document will be signed by the Head of Government of Andorra Antoni Marti and Prime Minister of France Bernard Cazeneuve.